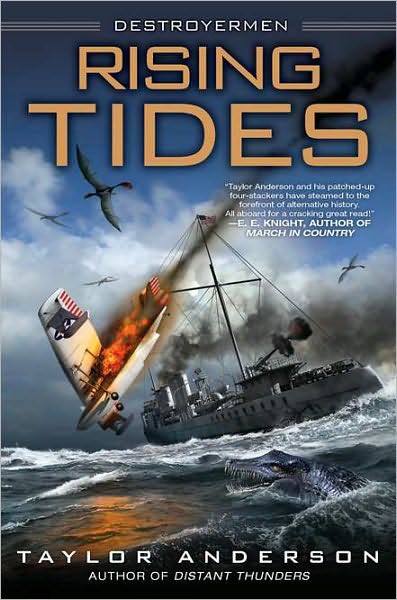 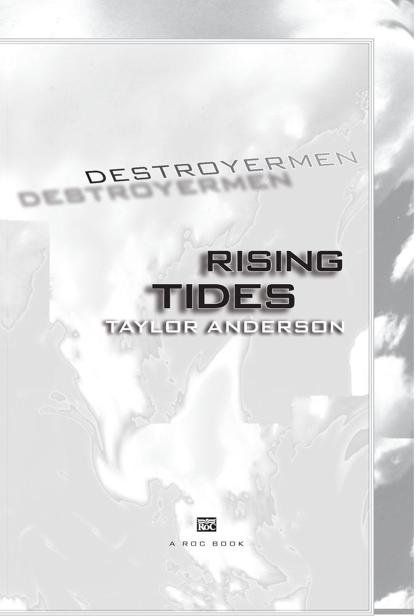 TO: ALL MY “BEST GALS”—REBECCA, CHRISTINE, JENNIFER, AND NANCY

FOR: THE PURPLE HEARTS. GOD BLESS YOU.

As always, I’d like to thank my friend and agent, Russell Galen, as well as Ginjer Buchanan and all the great folks at Roc. I can’t stress that enough. Unlike a lot of authors, I suppose, I live “out in the country” and don’t have a long list of literary clubs, writers’ roundtables, and constructive critics to thank. I do have a lot of good friends who are generally highly educated—both academically and in the less-forgiving “University of Hard Knocks,” attended during the course of real, adventurous lives. These friends are not always
completely
objective, I fear, so Ginjer and the copy editors at Roc are my last line of defense.

My parents, Don and Jeanette Anderson, remain my first, primary editors, since they’re the ones who have to thrash through the initial rough drafts and try to make sense out of gibberish. As members of the generation that I write about in this series, they also prevent me from saying some stupid stuff that people “back then” wouldn’t have said. In that same affectionate vein, I want to thank Tom and Jody Thigpen for their lifelong friendship and support. Tom’s knowledge of petroleum engineering will also become increasingly valuable as this series progresses. (I like to joke that my dad invented the first means of “out of sight” communications, and Tom pounded the first hole in the ground looking for “black stuff ”—around the time Methuselah was born.) Being childhood pals, they probably managed both feats together, with the assistance of gallons of yucky Scotch, and were likely trying to do something completely different at the time.

Otherwise, all the people listed in previous volumes remain high on the list of “usual suspects” and all have contributed in various ways, from technical expertise to character inspiration. Many of my characters are “real,” though none are specific people. They are composites. Virtually every goofy stunt described in the series is based on some real event, and I’m somewhat dubiously honored to have witnessed quite a few of them firsthand. One of the great advantages of knowing a lot of people from all walks of life is that you never run out of characters!

For various reasons, I must add a few names to the “usual suspects” list. Long overdue is an appreciative mention of my many friends—and occasional colleagues—at Tarleton State University. They probably think I’ve lost my mind, but I think some of them have secretly read my books. Also overdue is an appreciative hug for my aunt Terry, whose grit, stoicism, and friendly cheer always remind me of what “stern stuff ” Brits are made of. Kate Baker is a swell gal, and she’s been doing great work to update my Web site and blog. A facsimile of “Tikki’s” “Killer Kudzu”—submitted to the “Order of Darwinian Delight” contest on my Web site—will make an appearance. Additionally, Tom Potter, Michael Walsh, Bruce Kent, R. P. Scott, John Schmuke, Aaron Wehr, and a guy named “Ed” all made valuable suggestions. Colonel Dave Leedom, Mark Wheeler, and my barnstorming dad continue to do their best to keep the “Allies” airborne, and (Bad) Dennis Petty never lets me forget that throughout human history, something, somewhere, has always needed killing. Of course, Jim Goodrich never fails to provide constant examples that no matter how weird or ridiculous a situation seems, it can always get weirder.

The Tides of The sea rise and fall, with great energy and exuberance. At certain Times, They rise higher Than others. The moon is The chief engine behind This, I am Told, but it moves Them with a singularly predictable, faithful regularity. The flood of war similarly flows and ebbs, but with a wild, ungovernable capriciousness That cannot be anticipated with any degree of confidence. It is more like a storm, a Tempest, often unforeseen and almost never adequately prepared for. It can ebb with a breathless suddenness That leaves one wondering what all The fuss was about, or it can rise against The highest, most invulnerable peak in a mad rush of relentless violence. Also unlike The dependable Tides, war need not necessarily ebb. Like nothing in nature, it appears, war seems able To flow and flow, and build endlessly upon itself like an ever-mounting gale, flailing vengefully about, long after its contingent parts have been exhausted. When all is said and done, one must contemplate the possibility that such dubious intangibles as “luck” might actually exist, because They, and God, remain The only Things worthy of faith.

Silent Weapon by Debra Webb
The Damaged One by Mimi Harper
Blood on the Wood by Gillian Linscott
The Hunt for Snow by S. E. Babin
Eye of the Comet by Pamela Sargent
First and Last by Rachael Duncan
Promise You Won't Tell? by John Locke
Monroe, Melody Snow - Truth and Seduction [The Callens 2] (Siren Publishing Ménage Everlasting) by Melody Snow Monroe
Yowler Foul-Up by David Lee Stone
The Neon Court by KATE GRIFFIN