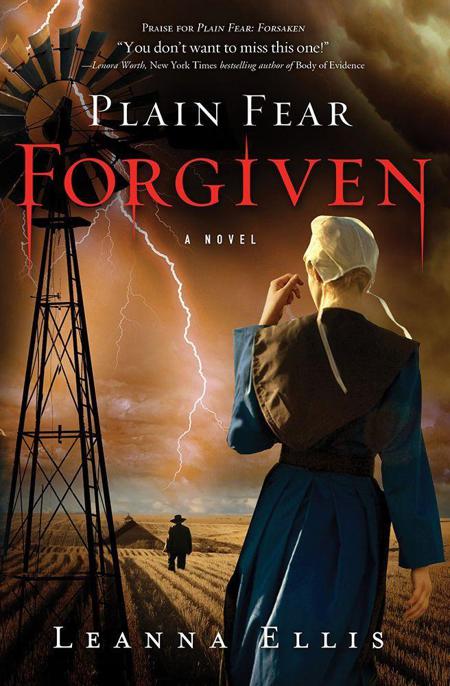 Sourcebooks and the colophon are registered trademarks of Sourcebooks, Inc.

All rights reserved. No part of this book may be reproduced in any form or by any electronic or mechanical means including information storage and retrieval systems—except in the case of brief quotations embodied in critical articles or reviews—without permission in writing from its publisher, Sourcebooks, Inc.

The characters and events portrayed in this book are fictitious or are used fictitiously. Any similarity to real persons, living or dead, is purely coincidental and not intended by the author.

To those who daily put on the “full armor of God”
and “fight the good fight.”

He uncovereth deep things out of darkness,
And bringeth out to light the shadow of death.

Darkness clawed at him, its talons sinking deep, hooking into his heart. Jacob Fisher tried to clear away whatever obstruction prevented his eyes from seeing, but there was nothing. Nothing but darkness, thick as molasses and cold as the heart of the universe. It shrouded him, pressing in on him, and he felt the weight of it against his chest. He could not move or struggle or fight or even scream.

And he wanted to scream. Scream for someone. Someone to come to his rescue.

Worse than the darkness though was the silence. The quiet pulsed and throbbed, around him and through him. Nothing—if there was anything around him—moved. Only in the tiny recesses of his mind could he hear anything, his thoughts writhing and struggling as a creature pushes out from the womb. Fears tormented him. Bits of verses and poetry knotted and tangled as he reached for them—as if by grasping them, they could take him away from here, lead him somewhere else, or at least anchor him and keep him from going mad.

For hope was absent from this place—if it was a place…or a time…or somewhere between times and places. The emptiness felt like an enclosed tomb and yet also seemed to stretch on forever.

Only
a
look
and
a
voice, then darkness again, and a silence.

A silence that seemed never to end. If he could scream, he doubted he would be heard. For he was alone.

He
will
keep
the
feet
of
his
saints, and the wicked shall be silent in darkness; for by strength shall no man prevail.

He was no saint. So was this his punishment?
Where
was
he? What was this?
Fear seized him. He struggled, against nothing and everything, but it was useless. He could not move.
Was
he
still
alive?
Trapped
in
a
wooden
box
and
buried
six
feet
underground?
With
no
way
to
escape, no way to breathe, no way to scratch or claw at the sides, lid, or seams?

From somewhere deep inside him came a continuous scream. But it had no outlet, just ricocheted around inside his head and heart, proving his own impotence.

Then out of nothing and yet from somewhere beyond came a shriek that pierced his eardrums. With it came pain. Intense pain, sharp and searing, sliced through him. As the first shriek died away, another chased after it. Each time, as the pain dulled, more replaced it and pounded relentlessly against him. Wave after wave of shrieking and throbbing crashed over him.

In that splinter of a moment, Jacob realized something cold shackled his ankle. He aimed to kick out but couldn’t as another band slithered around his other ankle, the long, fingerlike strictures icy and rigid.

A sensation of forward movement carried him and the rush of wind against his face surprised him. Yet he could see nothing. There was nothing to hold on to and fight this force. He had to let go.

The fire blazed, roaring upward into the bleached sky, and its reflection burned in Samuel Fisher’s soul. Guilt and anger combined into a powerful explosion of emotions. Smoke shifted with the wind and coughed into his face, making his eyes water. Sweat poured off him, soaking his cotton shirt and trailing down his back. He mopped his forehead with his arm, clearing his eyes of the stinging saltiness.

“You okay?” Roc Girouard paused his footsteps. He’d been living with Samuel’s family for a few weeks, yet only today’s events had revealed his reasons for being here. An ex-police officer, an
Englisher
, Roc had come to protect Rachel, who wasn’t really his wife, as they’d proclaimed. It was a lie, as so many things Samuel had learned were. “Samuel?”

At Samuel’s nod, they shuffled closer to the fire, the heavy load dangling between them. He tried to blanket the questions in his mind and the reality of what they were doing. Tried but failed.

When they were but three feet from the fire, the heat pulsing against one side of Samuel’s face, Roc set the body on the ground, releasing the wrists slowly and respectfully so the arms crossed the blood-soaked chest. Samuel couldn’t take his gaze off of the pale, deathly still features of his brother, Jacob.

“This is wrong,” Samuel said, his throat charred by the smoke and tight with constricting emotions. “We should bury him. Not…this.”

“It’s the only way,” Roberto Hellman intervened. The priest had a soft-spoken but steely tone. A man of conviction. A man who knew God’s word.

They’d fought a battle together. But was this what it felt like to win? To save loved ones? To defy evil? Samuel wasn’t sure of anything anymore, especially the truth.

“Let go now, son. We can take a moment.” The priest’s hands settled on his and helped him relinquish his brother’s ankles, where he’d held him as they carried him from the house to the open field. “Would you like me to say a prayer?”

“No, it isn’t. Samuel, that wasn’t your brother you shot. That creature was—” Roc made an exasperated sound at the priest’s glare and fell silent.

The priest took it as agreement and made the sign of the cross. They’d ridden together on Samuel’s motorcycle from the bus station in Louisville, but even in that short amount of time, Samuel recognized the priest’s kind soul. When the prayer ended, he realized the words had been another language. Latin, he suspected, even though most of the Bible he had heard growing up was read in German. Still, the Word of God carried the same weight in any language. Raw emotions shook Samuel. He shuddered with effort as he resisted shouting at the world and God.

All three stared into the fire, knowing what must be done and yet allowing Samuel one last moment.
But
for
what? To say good-bye to his brother?
He’d already done so three years ago when he believed his brother had died.
Had
his
father
been
wrong
then? Or had Pop lied?

Because Jacob had appeared again today.

Jacob had come to harm Rachel. But why? Rachel and Jacob had grown up together. They even went off during their
rumschpringe
years. But Rachel had returned first, and alone. It was after that when Jacob returned and died suddenly in an accident at their father’s woodworking shop. Or so Samuel had been told. Rachel had married Josef Nussbaum, who had died in some kind of an accident, leaving Rachel a pregnant widow. Then she’d showed up here with Roc, saying she was married to this
Englisher
. But Samuel now understood Roc had been waiting, anticipating Jacob’s arrival, ready to do battle.

Samuel had only known of an intruder. And he’d shot. But he’d shot his brother. How could he have known? He’d stopped Jacob from hurting Rachel or Roc or anyone else. But he’d killed his brother.

What was there to say to Jacob now? I’m sorry? Was he? Oh yes. But how did one ask for forgiveness from a corpse? He’d done what his family and faith believed was the worst sin imaginable. He’d stolen a life. And somehow he would have to live with that.

He had no prayer to offer. Praying was too audacious an act after what he’d done. The body at his feet was proof of his unforgivable sin. And he would pay for that.

Choking on smoke and tears, he bent once more and grabbed Jacob’s ankles. When he straightened, he sensed the other two men watching him. But he couldn’t look at them. He couldn’t look at Jacob’s face. He stared into the flames, felt the searing heat, and gave a sharp nod.

Roc cleared his throat and took hold of Jacob’s wrists. “On three.” Samuel swung his brother’s body away from the flames as Roc said, “One.”

And Samuel released his brother into the carnivorous flames. But he held on to the guilt and anger. That fire could never be quenched.

Scarecrow’s Dream by Flo Fitzpatrick
Poet by Juli Valenti
Dust by Turner, Joan Frances
Take Me by Onne Andrews
Cougars by Earl Sewell
Waiting for the Teacher by Erica Storm
Worth Dying For by Luxie Ryder
The Liverpool Basque by Helen Forrester
14 Arctic Adventure by Willard Price
Delivered with Love by Sherry Kyle