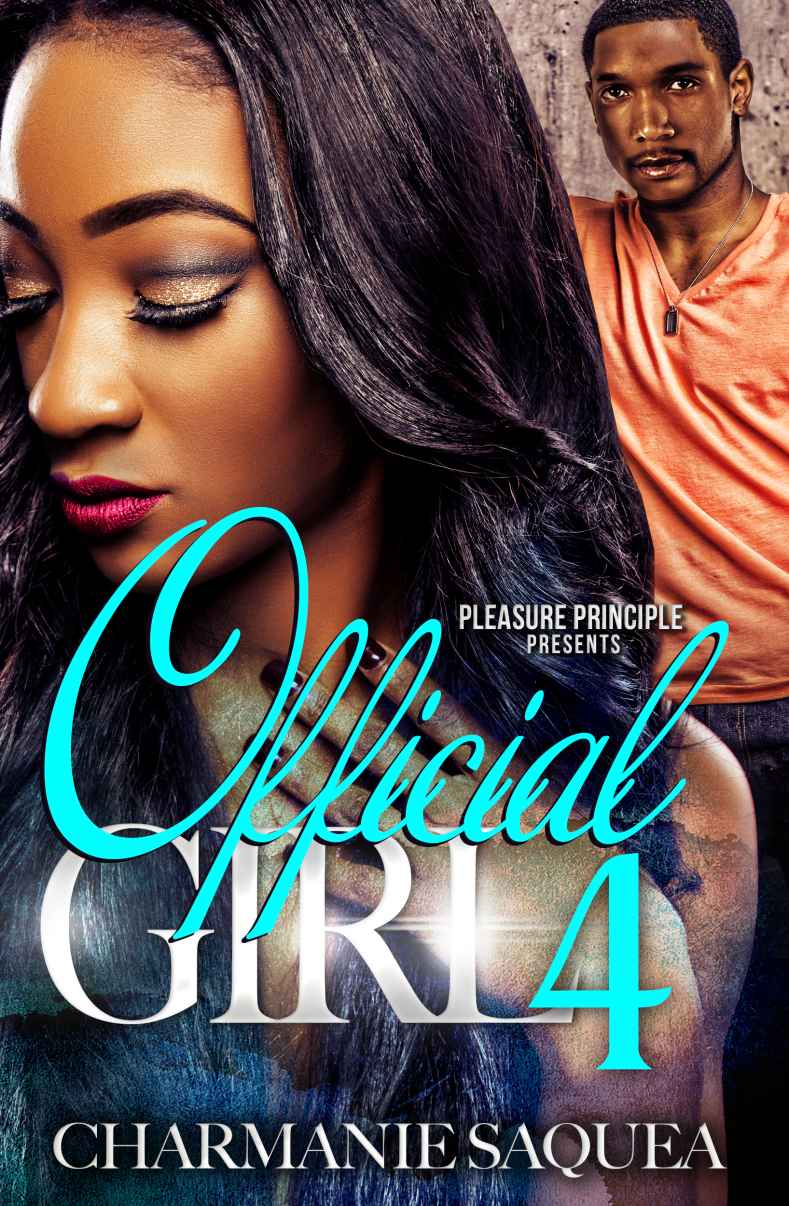 “That’s how you feel? You just gon turn your back on me after all I’ve done for you? Really, Mykell?” I just kept walking. “Mykell! Don’t fucking keep walking away from me. You know what, go to hell!” Neicey yelled.

I wanted to go back but I couldn’t.
The fact that I couldn’t hold her and console her made me weak. Let the truth be told, I’m not even mad at her, I’m mad at myself. Mad that I even let her put herself in this situation. Every damn time we are going good, some bullshit pops up and sets us back. I’ve barely been married a fucking week and I can’t even be happy like a normal person is supposed to be.

I’m supposed to be meeting up with Lakey to go see this
lawyer he wants to hire for Neicey. His name is Toni Hunt. Lakey checked his credentials and he is supposed to be a real fucking bad ass. I can tell by how much he is charging. I pulled up to Lakey’s and blew for him to come out.

Two minutes later
, he walked out the house. “Wassup man? How did it go?” he asked.

“Not good man, not good at all.”
I shook my head at the thought off Neicey flipping out on my ass. Her last words stung as I remembered them.
You know what, go to hell!

I
felt like shit for leaving her like that. She just didn’t understand that is no place I want for my damn wife to be. Hell, I’ve been locked up before; I know what it’s like. I hate for her to go through this shit. I would be lying if I said I didn't appreciate the fact that she turned herself in for me. Like seriously, I don't know any female that would do that for a nigga. This shit just proves just how much she's down for me and how much she loves me.

W
hen we walked in the building of the lawyer’s office, the shit was real fancy. The floors looked freshly polished, a big chandelier and all that extra shit. Lakey walked up to the receptionist’s desk and asked for Toni Hunt.

Two minutes later we were allowed to go back. My jaw damn near hit the floor when I
saw a caramel skinned cutie sitting behind the desk typing something on her computer. I looked over at Lakey and he looked just as shocked as me. She looked up at us and smiled. She had a cute set of dimples that reminded me of Neicey.

“Hello, I’m Toni
,” she said, getting up and walking over to shake our hands. Baby was stacked! She had on a black pantsuit with a pink dress shirt and pink pumps. Her ass was fat as hell. It’s been a long time since I’ve even cared to look at another woman besides Neicey, but baby girl was bad.

“I’m Mykell J
ones and this is Lashaun Mitchell,” I said, shaking her hand.

“Alright Mr.
Jones, what can I do for you gentlemen?”

Lakey spoke up this time. “Well we need a lawyer for my best friend and his wife.”

I saw a wake of shock flash over her eyes when Lakey said “wife.”

“So, what are the charges we’re looking at?”
she asked.

“
Right now, it could be two charges of murder,” I spoke up.

“Wow, okay so what happened?” she said
, getting a pen and notebook out.

“Yesterday
, we were coming back from our honeymoon in the D.R. when two police officers came to arrest me for the murders. At the station, before I could even get questioned, I was told I was free to go. They never told me why but I later found out that my wife confessed to the murders….without a lawyer present,” I said, filling her in.

“Okay
, so Reneice turned herself in for the murders that you were originally a suspect in?” she said, like she couldn’t believe it.

“Hmm…Alright I’ll go see her today and see what I can find out.
That is, if she’s willing to talk to me.”

“She will
,” Lakey and I answered at the same time

“I’ll be keeping in touch
,” she said, eyeing me, and I could tell that had a double meaning to it.

I could remember a time when Neicey had sworn off men. Now, she was getting her ass locked up and more for a nigga. This shit was so shocking. I always knew she was loyal but she just took the meaning of that word to a whole new level.

“Man, spark that shit up
,” Mykell said, tossing me a blunt and lighter once we got in the car.

By
the time I got it lit, my phone was ringing.

“You have a collect call from Neicey
,” the automated system said.

I pressed 0 and waited to hear her voice. “Hello
,” she said.

“Hey Lakey, what you doing?” she asked.

“Shit, just left from seeing this lawyer we hired for yo stubborn ass. She said she gon come through to see you sometime today.”

“Yea man, be nice too. I paid a
lot of money for her to represent yo ass.”

“I guess.
How my babies doing?”

“
They doing good. You already know MyMy running shit like it’s her house,” I laughed.

I looked over at Kell and he was smoking that damn blunt like it was his last. “I’m with yo husband
,” I said, noticing not one time did she ask about him. “Wanna holla at him?” I asked.

“Oh, alright. Well Imma try to come see you later on this week.”

“Okay. Give my kids a hug and kiss and let them know I love them.”

After we hung up, I looked at Mykell wondering what the fuck was going on with them.

“What y’all into it about now?” I asked.

“Man, I went to see her and shit went all bad.” He sighed. “I said some shit I didn’t mean and we exchanged some words. Yo Lake, you just don’t know that this shit is killing me. My wife, not my girl, but my fuckin
wife,
is sitting behind bars
because of some shit I did and the part that’s killing me the most is the fact that I don’t even know how the hell the police found out about this shit,” he said, rubbing his hand over his head.

“Don’t trip bruh; this shit is just a minor setback for a major comeback. We gon bring her home, no doubt about it. But now is not the time for y’all to be falling apart. Just like you need her, she really needs you. I can just imagine how she’s feeling right now, especially since she’s never been locked up before,” I said.

“You’re right man, let’s just forget all the bullshit and worry about bringing my baby home. You know her lil stubborn ass is just mad right now, she’ll come around”

I’m not even gon lie or try to front; I was fuckin hurt after Mykell left here. It seems like every time we make progress, we always get set back. He was mad because I covered for his ass? Where they do that at? Now Lakey was talking about my damn lawyer was a female and his ass knew I didn’t get along with chicks. On top of that, I was missing my kids, especially my little diva. I know she had to be giving her daddy hell because she acts just like me.

They got me in this cold ass room waiting to see what this lawyer chick is about. After waiting a few minutes, she finally walked in. She extended her hand for me to shake.

“Mrs. Jones, I’m Toni Hunt. Your friend and husband hired me to work your case,” she said.

I shook her h
and.

She looked at me for a minute then tilted her head to the side like she was trying to figure something out. “So Reneice, how long have you and Mykell been together?” she asked.

What the fuck is up with her and this first name basis shit?
I thought to myself.

“I’m just trying to figure out why you would turn yourself in for him, that’s all.”

“Because I wanted to,” I said
, keeping it short with her ass.

“Well, you have a bail hearing Monday morning at 9:00. I will ask for a speedy trial.”

“Alright, I will keep in touch with you and feel free to contact me whenever you need to
,” she said, handing me a card.

Later on that week, I was in my cell just staring up at the ceiling.
Was this shit even worth it? I have only been in here two days and my so called husband has already turned his back on me.

“Jones,” the guard said, shaking me from my thoughts. “You have a visitor,” he said.

When I got to the visiting room, I saw Lakey and I smiled.

“Wassup Snook, you ain’t dropped the soap yet have you?” he laughed.

“Don’t be funny nigga,” I said laughing with him.

“Naw, but for real, how you holding up?” he asked.

“I’m good, considering the fact that they denied my bail,” I shrugged. “How my babies doing?”

“They doing good, your daughter is bossy as she can be.” He looked at me seriously. “You haven’t talked to them?”

“I talked to MJ the other day; he told me everybody was good.”

“What about Kell?” he asked.

“Like what? I’m in here because of him but he turned his back on me
,” I said with my voice shaking with emotion.

“That man did not turn his back on you. Was he not there at your bail hearing
? Did he not go half on a lawyer for you?” he asked.

“Yea, but he also said I was stupid for what I did and basically said I would not see my kids as long as I’m in here.”

He sighed. “Look Snook, Imma keep it real with you. Mykell is hurting just as bad as you are. You have to look at it from his point. Imma break it down for you in a man’s perspective. How do you think he feels about his wife sitting behind bars for him? Neicey you turned yourself in and admitted to doing some shit that he was originally arrested for. Do you know how he feels right now?” he asked.

I just shook my head no.

“Well, Imma tell you. He feels like he’s not a damn man. His job is to protect his family by all means and make sure you and his kids are straight. Instead of him protecting you, you’re protecting him. He feels fucking worthless right now, especially since there’s nothing he can do about it.”

Damn,
I thought. “Alright, I understand now. But what I need him to understand was I took my wedding vows seriously. I wouldn’t have dare done some crazy shit like this if I wasn’t sure that I could walk away free from this. Toni got some documents from the hospital concerning the condition I was in when I got there. So everything is looking pretty good right now,” I said.

“That’s wassup big head.” He smiled. “I need you to get out so you can meet this little female I met.”

“Aw shoot, my old boo is falling in love.” I smiled.

“Well, it gotta be something if you want me to meet her.”

The Playboy's Baby by Stewart, JM
Let’s Talk Terror by Carolyn Keene
Fidelity by Thomas Perry
And Fire Falls by Peter Watt
Reckless Heart (Kauffman Amish Bakery 5.5) by Amy Clipston
We the Animals by Justin Torres
Only One (Ward Sisters Book 2) by Lucy Gage
Juniper Berry by M. P. Kozlowsky
Scars from a Memoir by Marni Mann
The Reluctant Tuscan by Phil Doran