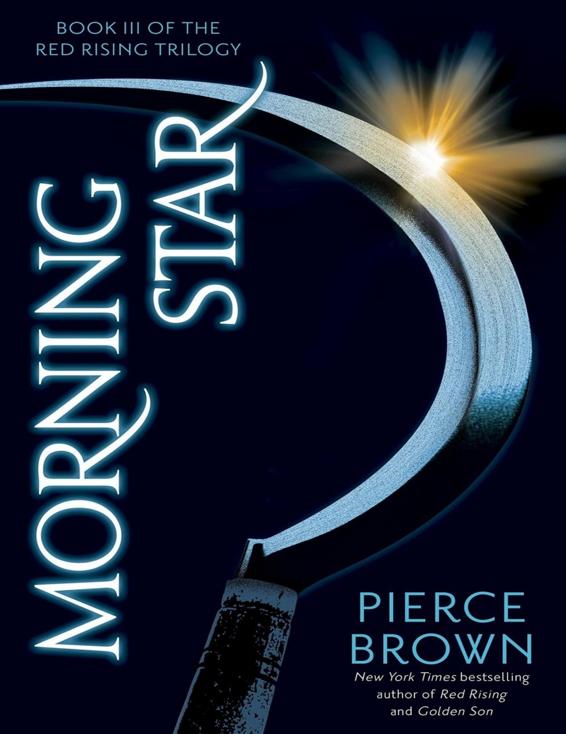 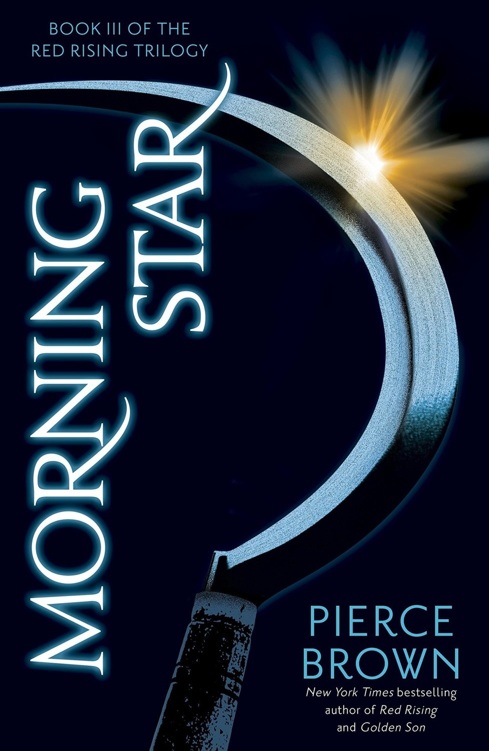 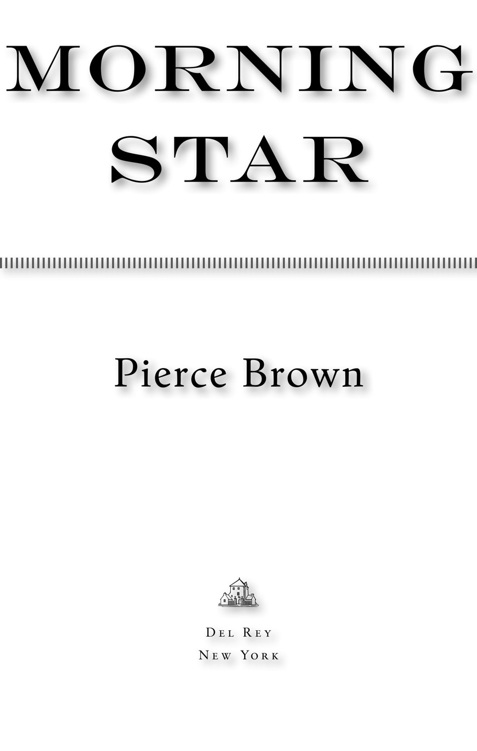 Morning Star
is a work of fiction. Names, places, characters, and incidents are the product of the author’s imagination or are used fictitiously. Any resemblance to actual persons, living or dead, events, or locales is entirely coincidental.

Published in the United States by Del Rey, an imprint of Random House, a division of Penguin Random House LLC, New York.

Chapter 1: Only the Dark

Chapter 9: The City of Ares

Chapter 22: The Weight of Ares

Chapter 44: The Lucky Ones

Chapter 45: The Battle of Ilium

Chapter 54: The Goblin and the Gold

Chapter 59: The Lion of Mars 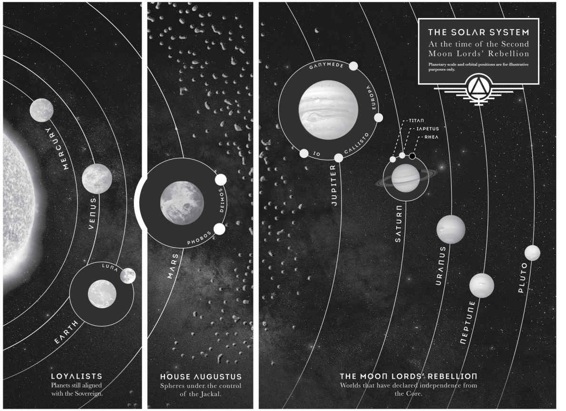 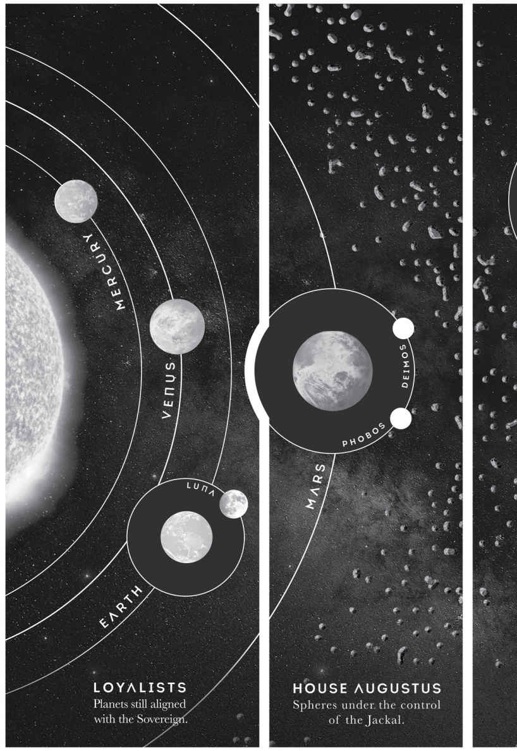 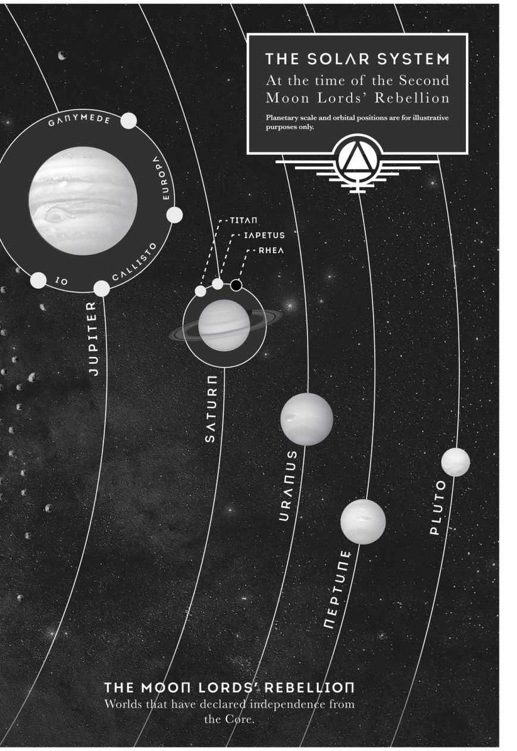 THE STORY SO FAR…

Darrow is a Red, a lowly miner slaving away below the surface of Mars. He toils to make the surface of his planet habitable for future generations, but he and his kind have been betrayed: the surface is livable and ruled by the unscrupulous Golds. When they hang his wife for voicing rebellious ideas, Darrow joins a revolutionary group known as the Sons of Ares. With the help of the Sons, Darrow is physically transformed into a Gold and sent to take the Society down from the inside.

He enters the Institute, a training school for the Gold elite that turns spoiled teenagers into the best warriors in Society. There Darrow learns the ways of warfare and how to navigate through the often treacherous—but sometimes genuine—friendships and complex political climate of the Golds. Only

by changing the paradigm and relying on his new friends is Darrow able to best the Institute and all of its dangers.

From his victory at the Institute Darrow wins prestige and a position in the employ of the ArchGovernor of Mars, Nero au Augustus. However, he finds that it is difficult to live up to his own legend, as Darrow is unsuccessful at the Academy, where Golds train in ship-to-ship combat. Bested by a familial rival of his employer, Darrow’s worth quickly declines in the eyes of the ArchGovernor, until that is, Darrow gives the power-hungry Gold what he wants: civil war.

Playing the Augustus clan against the Bellonas, Darrow throws Society into disarray, sowing the seeds of chaos everywhere he goes. After amassing an impressive army and some dubious allies, Darrow leads a successful assault on Mars, ousting the Bellonas from control of the planet. But at the Triumph held to honor his military victory, betrayal once again rears its ugly head and all that he has worked for is undone. His friends and allies killed or missing, Darrow is captured and his secret identity is discovered; the fate of the rebellion balances on a razor ’s edge…

ANTONIA AU SEVERUS-JULII Half sister to Victra, daughter of Agrippina

VICTRA AU JULII Half sister to Antonia, daughter of Agrippina

LILATH AU FARAN Companion of the Jackal, leader of the Boneriders

REGULUS AG SUN/QUICKSILVER Richest man in the Society, a Silver

ALIA SNOWSPARROW Queen of the Valkyrie, mother to Ragnar and Sefi, an Obsidian

SEFI THE QUIET Warlord of the Valkyrie, daughter to Alia, sister to Ragnar

DARROW OF LYKOS/REAPER Former lancer of House Augustus, a Red

I rise into darkness, away from the garden they watered with the blood of my friends. The Golden man who killed my wife lies dead beside me on the cold metal deck, life snuffed out by his own son’s hand.

Autumn wind whips my hair. The ship rumbles beneath. In the distance, friction flames shred the night with brilliant orange. The Telemanuses descending from orbit to rescue me. Better that they do not. Better to let the darkness have me and allow the vultures to squabble over my paralyzed body.