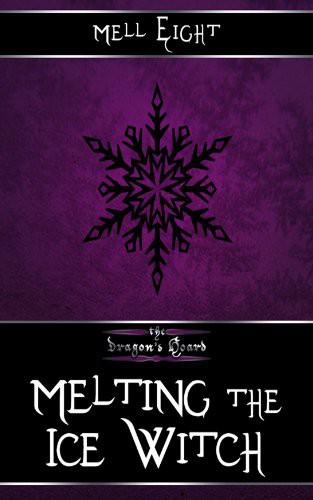 The Tribe of the White Dragon has lived in the frozen wastes of the north for thousands of years, slowly dying without their dragon to protect them from the inhospitable cold. In desperation they kidnap Kam, hoping to use him to breed witch power back into the Tribe. But Kam is not a witch and there is nothing he can do to save them—until he sees the white dragon encased in ice and all alone. 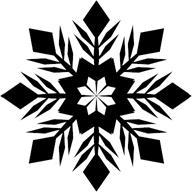 "In the before times, when the cold ice and biting wind were welcoming to our kind, dragons flew," the old storyteller warbled. The man was bent and gray and his crabbed hands shook on his gnarled staff, but his voice still held the power that had made him the storyteller of the Tribe in his youth.

"The golden dragon rained fire and melted the ice and the white dragon taught the Tribe the spells to survive the difficult, yet beautiful climate. Together, the gold and white kept these plains of ice tamed and the Tribe survived in plenty."

The old man's voice reached Kam even from the other side of the fire. Warmth in the ice wastes was hard to come by, especially for one not of the Tribe, so Kam appreciated his place near the flickering flames. His brown hair was city short, which meant his ears and neck were exposed to the cold wind. The barbarians all had hair that reached well down their backs, tied in intricate braids with feathers and stones woven throughout. None had hair more elaborate than Lor, the man with the snow-white hair and ice blue eyes who had the seat of honor next to the storyteller.

"But," the storyteller's voice darkened and Kam felt his chest clench at the ominous tone, "such times were not meant to last. The golden one gathered his followers around him and declared that for the happiness of dragon-kind they must separate themselves from the wars of humans. No more deaths of dragons, was the golden-one's goal, but the white dragon disagreed with his methods.

"They fought with their words, their arguments echoing through the icy canyons, but neither would back down. The white dragon knew that to abandon the humans was to allow the Tribe, his hoard, to die in the ice wastes. But the golden one wished to keep his kin alive and to do so he needed to rule the humans, not be ruled by human whim.

"The best of friends, and possibly lovers, the golden dragon and the white dragon never spoke again. All but the white dragon flew south, where the plains are formed of grass rather than ice. There they settled in the mountains. They built a city for the humans in the foothills. And the white dragon withdrew to the ice caves, alone."

The storyteller bowed his head in sadness, but Lor's piercing eyes scanned the assembled members of the Tribe.

"So we survive," Lor continued the story. His voice was strong, but as the leader of the Tribe he had to be. Lor was the tallest and most muscular of all the barbarians, and he was the only witch the clan still had. "Bereft of the dragons who allowed us life in the barren waste of ice and snow, the Tribe learned new ways to survive. We adapted, so after tens of thousands of years we still live." Kam looked around at the assembled Tribe and frowned. There were barely sixty people of all ages and genders still remaining in the circle around the fire. He had learned that there was another clan to the northwest with equal numbers. But most alarmingly, there were only two witches left: Lor and the man named Bay who led the other clan. There were no female witches to pass the traits on, nor had any of Lor's children, grandchildren, or great-grandchildren shown any aptitude in Lor's hundreds of years of life.

The Tribe was dying.

That was why Kam had been brought north. The only way to invigorate the clans was to breed more witch blood into the lines. The hope was that if Kam were to have a child with one of the descendants of Lor, maybe a child with powers could be born. But Kam wasn't a witch, and he hadn't exactly been asked before he was kidnapped and taken to the ice wastes.

"We live and we are strong," Lor continued. "The Tribe of the White Dragon does not fade away!"

The barbarians cheered loudly around Kam, but Kam couldn't join them. As the assemblage broke up, Kam returned to his small tent. Once the barbarians had been sure he wouldn't run away—as if there were some way to survive in the endless ice wastes for a city bred boy—they had given Kam his own space. The tent was small, with just enough room for bedding and a small wooden chest filled with the meager belongings he had accumulated in the last few weeks, but it was heavy with furs and thick woolen blankets that kept the cold and the wind out. Kam curled up in his bed, glad when his blankets began to warm with his body heat, and closed his eyes.

The barbarians were nice enough despite the fact that he couldn't give them what they wanted. And it was better than being back in the city. Kam went to sleep with that thought firmly in mind. As much as he had disliked being kidnapped and taken to the barren north, it was still better than what he endured in the city.

"Kam, Kam, the witchery man," the kids sang as Kam walked past them. He ducked his head, but otherwise kept himself from acknowledging their taunts. His mother hadn't exactly been discreet with her passions, and lying with the resident witch had supposedly produced Kam. Since the man in question was a charlatan and his mother had never actually said he was Kam's father before they both died … well all that didn't matter to everyone else. To them, Kam had witch blood and in his part of the city it was something to be ridiculed.

Kam pushed his way into the small shop where he worked. The bell jingled overhead.

"Kameron, you're late!" the harpy of a woman who was his boss screeched from behind the front counter. As usual the place was dirty and the goods covered the shelves with haphazard organization. The sour smell that had appeared early last week had only grown worse overnight.

"Sorry, ma'am," Kam murmured, ducking his head further as he wended his way through the mishmash stacks of random goods and into the back room. The pawnshop bought and sold everything. Sailors on leave after making the journey down the Great River came to the shop to sell what they could so they would have the funds to drink and carouse in the bars and whorehouses that also populated that part of the docks.

It was Kam's job to clean and fix those often grimy and broken items so the owner could in turn sell them for profit to a higher quality pawnshop in the northern part of the city. It paid well for the woman, but Kam only saw a few coins a week for his work. As the witchery man he was lucky to have a job, so as much as Kam wished, there was no way he could find better prospects.

Kam worked hard for his pay and at the end of the day his hands ached but his quota was finished. He left the shop at dusk and hurried home. He couldn't tarry, because the docks became very dangerous after dark, and since his rent was due he couldn't afford to stop for dinner anyway.

He walked up the three flights of rickety stairs to his tiny apartment. It was one room, barely large enough to hold his threadbare bedding and one change of clothes, but it was a place to sleep. He had left one window cracked while he was away so the three cats that had crept in during the previous night could leave if they wished. The family of mice that lived under his floorboards was running about, so Kam was careful where he placed his feet as he walked over to collapse on his blanket.

One of the mice climbed up onto his pillow and gently nuzzled him on the nose.
The mouse was hungry too and was probably looking for crumbs, but Kam appreciated the meager comfort his small friend could provide. Kam was smiling despite his rumbling stomach as he slowly fell asleep.

Kam knew there was something wrong long before he woke. His dreams had been filled with two cats screeching and his family of mice biting someone's ankles. He had felt movement, but it wasn't normal because he felt a sort of sucking, faded feeling for a while before his body returned to itself in a totally different location. There were two men nearby, Kam could sense that much, although he was unsure how he knew. His body did not respond to his mind's request to move.

The men came to some sort of agreement and the big, white-haired one walked over to Kam, lifted him into his arms, and carried him over to a waiting wagon. Kam felt his body being tucked under heavy blankets before the wagon began to bump along. It grew cold fairly quickly, so Kam was glad for the blankets.

The wagon and the old nag pulling it along were stowed in a small barn next to an equally small wooden house discreetly hidden behind a tall hill. Kam was moved from the wagon into a sleigh and the strange man attached six dogs to the traces. An old and stooped man came out of the house and waved his walking stick to send the sled off. The dogs whined loudly at the sight of Kam, but obediently began pulling the sled out into the snow-covered plains. The strange barbarian reached forward after the dogs were pointed in the right direction to touch Kam's forehead and Kam fell back asleep.

When Kam woke fully, he was lying on a set of furs in a big, fur-lined tent. The large man from the cart was sitting across from where Kam lay, an elaborate tea set at the strange man's feet. The long white hair in thick braids was pushed behind the man's back. His ice-cold eyes were focused intently on Kam.

"My name is Lor and I lead this clan," the man said formally. He poured two cups of tea and passed one over to Kam as he sat up. The scent of the pale tea was flowery without being cloying and the hardened clay cup was warm in Kam's hands. He took a careful sip and smiled at the subtle taste of some sort of herb.

"Why am I here?" Kam finally asked when it became apparent that the barbarian was waiting for Kam to say something.