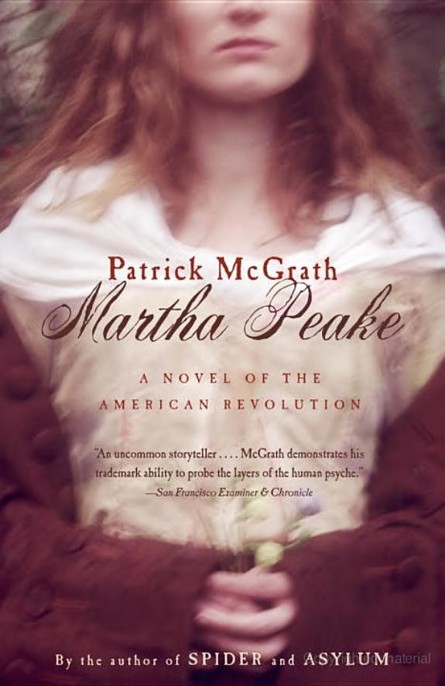 “Chilling, psychologically penetrating.… McGrath’s novels of obsession have a way of becoming obsessions.”

“A totally engrossing page-turner.… With each book McGrath’s stories have gotten bigger, and his writing more assured, his take on the Gothic more sophisticated and convincing.”

“Succeeds so much so as to call up a howling wind on a dark night—even when read on the calmest day.”

“A harrowing tale.… McGrath looks at the American Revolution through eyes that understand the hard realities of 18th-century life.”

“In its historical scope and imaginative reach this is certainly [McGrath’s] most ambitious novel yet.… Beautifully precise and elegant prose.”

“A historical novel in the very best sense, taking the movements and sensibilities of a period, playing with them masterfully, and transmuting them by this process into something quite new.”

“This wonderful novel has the diversity and strength of a morality play.”

“Wonderful.… If it seems over-the-top, that is part of the pleasure.”

“Splendid.… McGrath is terrific at fashioning surprises—not only a surprise ending, but surprises all the way through.”

Patrick McGrath was born in London and grew up near Broadmoor Hospital, where for many years his father was medical superintendent. He is the author of
The Grotesque
,
Blood and Water and Other Tales
,
Spider
,
Dr. Haggard’s Disease
, and
Asylum
. He lives in New York City and London and is married to the actress Maria Aitken.

Blood and Water and Other Tales

The New Gothic
(with Bradford Morrow) 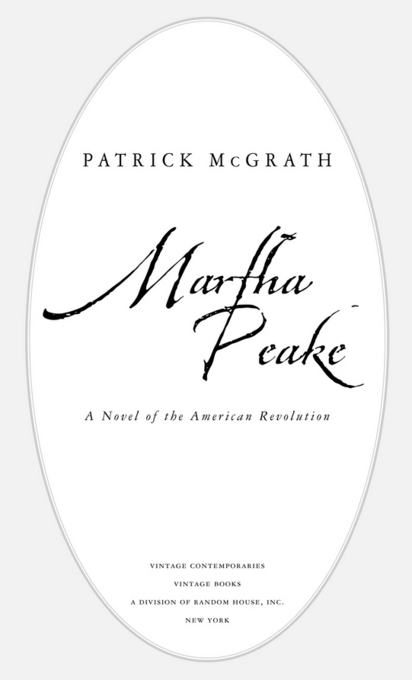 Vintage is a registered trademark and Vintage Contemporaries and colophon are trademarks of Random House, Inc.

This is a work of fiction. Names, characters, places, and incidents are the products of the author’s imagination or are used fictitiously. Any resemblance to actual events, locales, or persons, living or dead, is entirely coincidental. 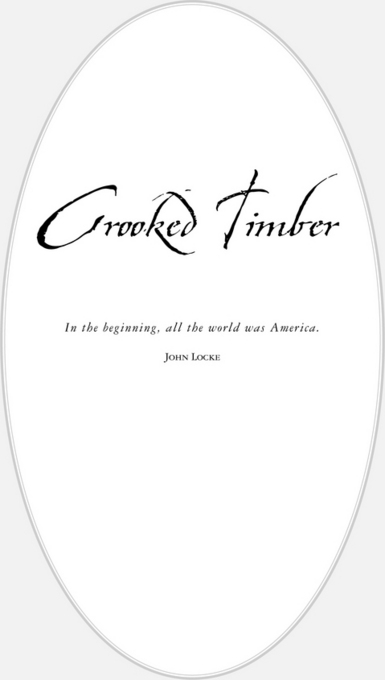 I
t is a black art, the writing of a history, is it not?—to resurrect the dead, and animate their bones, as historians do? I think historians must be melancholy creatures, rather like poets, perhaps, or doctors; but then, what does it matter what I think? This is not my story. This is the story of a father and his daughter, and of the strange and terrible events that tore them apart, so it is to those two unhappy souls that I would direct your gaze. As for me, I shall soon sink from sight, and you will forget me altogether. No, I am merely the one who
happened upon
the story, as you might happen upon, say, a cache of letters in the attic of an ancient uncle’s country house; and blowing away the dust of decades, and untying the ribbon that binds them, finding within those crumbling pages a tale of passion so tragic, yet so sublime—as to transform, in that instant, the doddering relict in the bath-chair below to a spirited youth with a fiery heart and the blood of a hero racing in his veins!

Now in those days, as it happens, I did indeed have an ancient uncle, and for some time I had been aware that his health was failing; and being his only surviving relation, I had speculated that his property would come to me when he passed on. The old man had been
living a life of seclusion ever since the death of his benefactor, the great anatomist Lord Drogo, so when I received his letter, asking me to come to him at once, I wasted no time. I need not describe to you the journey I took across the Lambeth Marsh, nor the house itself, for both Drogo Hall and its drear landscape will emerge strongly in what follows. Suffice to say that I rode across the marsh alone, and carried a loaded pistol with me; and upon arriving at dusk, I was admitted by a little bent man called Percy, who took me up the great staircase to my uncle’s study and then vanished without a word.

I found the old doctor seated close to a blazing coal fire in a small gloomy room with a heavy Turkey carpet on the floor and thick dark curtains on the windows. He had a blanket on his knees, a tome in his lap, and a jorum of Hollands-and-water close to hand. As he turned toward the door I saw at once that he could not be long for this world, so frail did he appear, his skin in the firelight as white and brittle as paper. But on recognizing me a light came up in those dim and milky eyes, he fixed me with a gimlet stare and cried to me to come in—come in, for the love of God!—for the draft was a chill one; and he pointed with a trembling finger to the aged leather armchair on the other side of the fireplace.

But still I stood there in the open door, rooted to the spot. I was transfixed by the painting hanging over the mantelpiece. I had never seen it before. It was the portrait of a robust, broad-shouldered man of between thirty and forty years. He stood against a wild moorland scene, a pine flattening in the gale on the brow of a distant hill, and rags of black cloud flying across the sky. He wore neither hat nor wig, and his long hair was tied at the back with a blue ribbon, a few strands torn free by the wind. His shirt was open at the throat, his skin was pale, and his eyes were like great dark pools, full of life and full of pain but hooded, somehow, lost in shadow as they gazed off into some unknown horizon. It was not a handsome face, it was carved too rough for that, but it was a strong, complicated face,
hatched and knotted with sorrow and passion, a big stubborn chin uplifted—the whole head uplifted!—lips unsmiling and slightly parted, and the expression one of defiance, yes, and purpose. I felt at once that the artist, for all that he had caught some fleeting expression of this fierce, romantic spirit, could not have done him justice, nobody could have done justice to this man. My uncle William nodded at me with a pursed smile as I closed the door behind me and moved to the chair by the fire, my gaze still fixed on the painting, and slowly sat down.

Diamond Mask (Galactic Milieu Trilogy) by May, Julian
Theodore Boone: The Accused by John Grisham
Blood of the Emperor by Tracy Hickman
Strangled Prose by Joan Hess
A Flight To Heaven by Barbara Cartland
Afternoon of the Elves by Janet Taylor Lisle
Raveled by McAneny, Anne
Men in Miami Hotels by Charlie Smith
Treachery's Tools by L. E. Modesitt, Jr.
The Scent of His Woman by Pritchard, Maggie