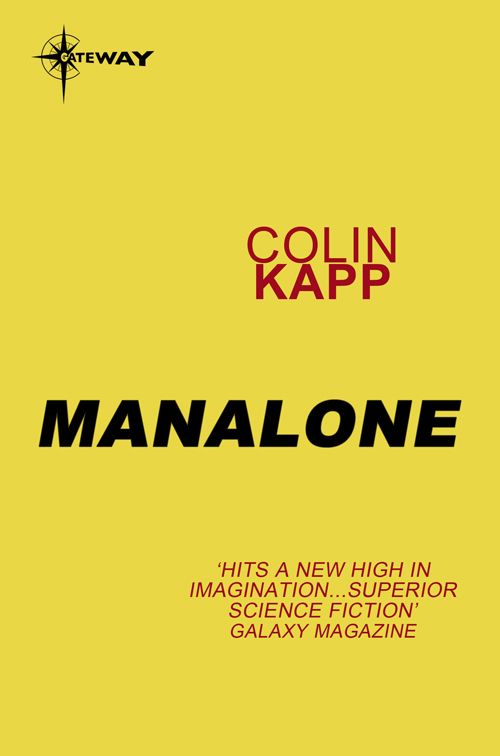 In the last years of the twentieth century (as Wells might have put it), Gollancz, Britain’s oldest and most distinguished science fiction imprint, created the SF and Fantasy Masterworks series. Dedicated to re-publishing the English language’s finest works of SF and Fantasy, most of which were languishing out of print at the time, they were – and remain – landmark lists, consummately fulfilling the original mission statement:

Now, as we move inexorably into the twenty-first century, we are delighted to be widening our remit even more. The realities of commercial publishing are such that vast troves of classic SF & Fantasy are almost certainly destined never again to see print. Until very recently, this meant that anyone interested in reading any of these books would have been confined to scouring second-hand bookshops. The advent of digital publishing has changed that paradigm for ever.

The technology now exists to enable us to make available, for the first time, the entire backlists of an incredibly wide range of classic and modern SF and fantasy authors. Our plan is, at its simplest, to use this technology to build on the success of the SF and Fantasy Masterworks series and to go even further.

Welcome to the new home of Science Fiction & Fantasy. Welcome to the most comprehensive electronic library of classic SFF titles ever assembled.

Welcome to the SF Gateway.

1. Manalone and the City

2. Manalone and the Impossible Photo-Play

3. Manalone and the Homewards Turning

4. Manalone and the Critical Mate

5. Manalone and the Mills

6. Manalone and the Plot Against What?

7. Manalone and the Re-Drawn History

8. Manalone and the Site of Nothing

9. Manalone and the Unlikely Labourer

10. Manalone and the Elective Non-Event

11. Manalone and the Unspoken War

12. Manalone and the Face of Death

13. Manalone and the Second Face of Death

14. Manalone and the Caine Revelation

15. Manalone and the Raft

17. Manalone and the Prior Warning

18. Manalone and the Vital Statistics

19. Manalone and the Death of a Labourer

20. Manalone and the Big Old Book

21. Manalone and the Significant Shears

22. Manalone and the Suspect Sack

23. Manalone and the Golden Handshake

24. Manalone and the Test

25. Manalone and the Bearding

26. Manalone and the Raid

27. Manalone and the Embarrassed Bank

28. Manalone and the Wayward Autram

29. Manalone and the Long Walk

30. Manalone and a Kind of Terror

31. Manalone and the Minor Revolution

32. Manalone and the Vanishing Kitten

33. Manalone and the Holes in the Map

34. Manalone and the Broken Journey

35. Manalone and a Piece of the Past

36. Manalone and the Unwilling Accomplices

37. Manalone and the Forced Entry

38. Manalone and the Unthinkable Room

‘
We live together, we act on, and react to, one another; but always and in all circumstances we are by ourselves. The martyrs go hand in hand into the arena; they are crucified alone.
’

The Doors of Perception

1
Manalone and the City

As he was
caught up by the hysterical pressures of the giga-metropolis, Manalone felt his pulse quicken with a near-sensual thrill. He was unsure whether these barbarous visual assaults caused his heightened suggestibility, or whether they were only a contributory part. The combined weight of all the urgent stimuli; the lights, the noise, the insanely ceaseless traffic, and the continuous press of people – all conspired to throw him into a mildly hypnotic state. He became persuaded that anything could happen, not only around him, but also to himself.

It was a state of mind for which he had an almost addictive fascination, yet one which he resented because it encroached savagely into his private inner life. Lights cascaded and exploded before his eyes, their commercial messages insignificant against the total psychedelia. They inhibited the objectivity of his thinking, yet clawed out fantasies of undoubted attraction. Even the great darknesses between the displays were pregnant with things half-dredged from his mind and then destroyed before they could be appreciated.

Charing Cross Hover-rail Terminal was the womb which delivered him into this city of unrealities. As he passed through the auto-barrier into the vastness of the great hall, the objectivity which had caused him to make the journey was beginning to fade under the attack of the kaleidoscopic lights. He was a captive target for every trick in the electronic ad-men’s books. Three-dimensional sound transmissions swarmed around his head like a wreath of invisible bees, loud with commercial trivia. Incredibly attractive hostesses, in the legal minimum of clothing, held out their arms and invited him to visit them at their favourite nightcells. Manalone took a perverse delight in walking deliberately through the coaxing images, knowing them to be but virtual image projections of some skilful photo-play.

Outside the Terminal it was night, but here was no such thing as darkness. Even the sky seemed to be patterned with throbbing, incandescent words. Virtual image projections were not permitted on public thoroughfares. All the figures that he now encountered under the shrieking lights of the Strand were humanly solid if none the less unreal because of outlandish costume or cosmetic whim. The peculiar fashions of the younger Breve, especially, had always struck him as being born out of perversity. Manalone’s own clothes were ultra-conservative, and now marked him surely as an out-of-town uninitiate. But, discomforted or not, he was psychologically unable to conform.

On the north side of Trafalgar Square the illuminated displays of the great commercial galleries were so intense and exotic as to be nearly unendurable. Time and again Manalone was trapped by the unfathomable shifting of the great tri-di abstractions, whose complexities offered a completely different interpretation to every person who watched them. The effect of the displays was mildly tonic, inasmuch as his emergent subconsciousness gave him a clear subjective image of several pairs of accusing eyes. He recognized this vision of conscience to be a warning. He had no clear idea why violence in photo-play should be illegal whilst in real life it was commonplace, but the law was explicit. In the interests of science, Manalone was going to have to break the law.

Ten blocks later brought him into Psychedilly. He was told that the name had once been Piccadilly, but that had been a long time ago. The new electronic age had fostered the more apt name to a point where even the street signs had forgotten the old. For Manalone, this was the hub of the universe. This was the explosive nuclear core of the fantastic giga-metropolis of London. It was a spinning, spitting, sparkling, whirlwind of a place, where impressions piled one upon the other so fast that it was difficult to avoid being swamped by the sheer weight of sensations.

Somehow
Manalone fought his way through the crowded streets, becoming increasingly bemused by the distracting pressures of the electronic carnival. In the crush he hopelessly lost his way, but gained a bearing generally north. This he followed until he broke out into the quietly welcoming relief of the back streets and concrete valleys which huddled in guilty silence behind the shattering glare and noise of Psychedilly proper.

The abrupt transition from electronic insanity to the dark canyons of masonry in which he now stood, cleared his head and reminded him of the hazards of the undertaking. He was now in underworld territory, the retreat of the shadier elements of society who made a living on the fringes of the great lights. The clubs and cells of its large, dilapidated and dirty streets were designed to cater for almost any appetite. In the streets one ran a continuous risk of being accosted by pimps, beggars, would-be guides, and those who made a living demanding money with menaces. There was also the ever present risk of being caught in a police trap.

From the information which Paul Raper had given him, Manalone had come prepared to follow his own most direct route. In losing his way, he had entered the district at the wrong point. He dared not hesitate lest he should attract the attention of the undesirables who called to him from dark recesses. He pressed on, deeper into the maze of streets, trying to equate the street names with the sector of the map he had memorized. Then, after a couple more turnings, he found a combination that he remembered, and with swift re-orientation, he hurried on his way.

When he reached the cell which was his destination, he found the door closed and the whole property heavy with the air of emptiness. He knocked, but received no answer, though he had the uncomfortable feeling of being watched by someone unseen. Finally the door was opened and he entered into an ill-lit hallway which was pungent with some aromatic which defied interpretation by his keenly analytic nose.

Methodically he offered Paul Raper’s card and the message which it bore on the reverse. The suspicion which had been paramount in the doorkeeper’s mind was instantly dispelled. Paul’s influence in unlikely places was something which never ceased to amaze the introspective Manalone. The doorkeeper pocketed the exorbitant fee which followed, and nodded towards the bar.

‘The
show’ll be a bit late,’ he said. ‘We got to get the projector fixed again. I’ll call you when it’s ready.’

Manalone made his way to the bar. This was a dingy room, poorly and unimaginatively lit, in which a few skinny hostesses exchanged cryptic and unexplained flashes of reminiscence with the solitary pallid youth who metered the drinks. After a brief glance, the girls ignored Manalone, presumably considering him unworthy of their time. Manalone took his drink to a decrepit sofa and sipped its syrupy sweetness in the shadow of a plastic plant, awaiting the passing of the time. Scarcely ever in the whole of his experience had he felt so completely out of place or at such a loss as how to act. The skinny hostesses continued to ignore him, and the whole atmosphere assumed the characteristic form of limbo which was so much a feature of Manalone’s life.

He was ever the observer. Somehow he never quite seemed to qualify as a participant in the game. His role was that of a presence, acknowledged but never really accepted. His quiet, academic mien seemed to stifle most adventures before they got started, and the patiently searching intelligence by which he made his living was so manifest that it dissuaded many adventurers from forcing their attentions upon him. Always he found himself set slightly apart.

The Ninth Dominion (The Jared Kimberlain Novels) by Jon Land
The Great St Mary's Day Out by Jodi Taylor
The Third Son by Elise Marion
I'm Not a Terrorist, But I've Played One on TV by Maz Jobrani
Feuding Hearts by Natasha Deen
The Pretend Wife by Bridget Asher
Faithful Dead by Clare, Alys
The Boss Vol. 4 (The Boss #4) by Cari Quinn, Taryn Elliott
Johnny Deeper: A Sports Romance by Tabatha Kiss
Craig's Heart by N. J. Walters