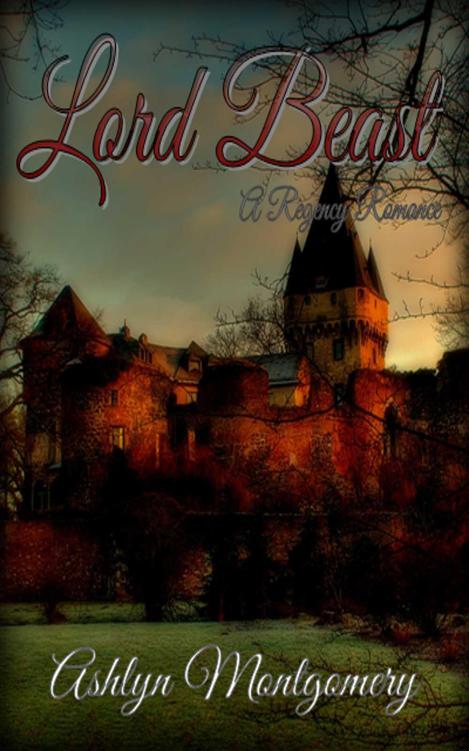 This is a work of fiction. Names, characters, places and incidents
are products of the author’s imagination or are used fictitiously and are not
to be construed as real. Any resemblance to actual events, locales,
organisations, or persons, living or dead, is entirely coincidental. Historical
elements may have been altered, changed or adapted for the author’s personal
interpretation.

He shouldn’t have lost the bet.

It should have been a relatively
easy outcome to predict on his part. The odds certainly had not been in his
favour yet he had accepted the terms regardless.

A girl with a disturbingly pallid
complexion caught his eye and threw him a simpering wave, thin lips pulled back
in some sort of cadaverous attempt at a smile.

He shouldn’t have lost the bet
that forced him to attend the Greenwood’s annual garden soirree.

Stifling an unpleasant grimace as
he sipped his warm lemonade from an odd-smelling cup, Rhys reflected that he
could have predicted the outcomes of the bet had he but considered the
obstacles before him. Truly, it should have been distinct from the outset that
Lord Heatherington would be predisposed towards shelled green peas. After all,
the man practically resembled a giant one.

Alas, he had not thought the
matter through and Heatherington had endured at least three hours of solely
devouring peas before he had purged- a good two hours more than what Rhys had
bet.

He sighed, beleaguered, and
watched with rising disdain as the Miss Pennyworth rumbled towards him from
across the lawn, emaciated grin intact. Some distance behind her, Gabriel Sinclair,
set to inherit a dukedom, tipped his cup in salute and hastily departed the
scene, having ensured that the deed was set into action.

The chit was nondescript and
rather plump but in a manner that suggested she simply had too much skin for
her bones. To Rhys’s mind, he was using
nice
adjectives to describe the
girl. Miss Pennyworth was the reason why he avoided ton functions. He loathed
the blasted things as much as he loathed head lice or poor bodily hygiene. He
especially abhorred the women- conceited halfwits with weak chins. Compared to
the women he usually associated with… well, they were not for ‘savoury’ little
functions as this one. His mistress was a highly-acclaimed actress, sultry and
exotic. Estelle was a glamorous beauty, envied by most of her own kind. When
she wasn’t available to accommodate his needs, he had his pick of the more
educated females of the fast set: wives and widows mostly. Women that were
decidedly conniving and deceitful, utilizing their natural beauty in order to
rise to a higher station and obtain exorbitant riches, were the sort he
associated with.

He preferred them. He knew how
they operated, what they wanted, as they had clarified their needs succinctly
and obviously. It was the simpering debutantes he could not stand, especially
the plain and boring ones. What could be worse than having an ugly girl trying
to marry you?

He forced himself not to shudder
as Miss Pennyworth stumbled to a halt in front of him, tipping her cup of
lemonade down the front of her wobbling bosom in the process. She pretended to
ignore the sticky substance congealing against her splotchy skin but Rhys could
tell it made her uncomfortable by the scorching blush that crept up her rather
stunted neck.

“Lord Ashcroft,” she trilled,
batting her lashes, “it is rare indeed to see you at one of these events.”

Undeterred by his aloofness, Miss
Pennyworth batted her fan at her moon-like face. “Do you miss Ireland, my lord?
I hear it is very beautiful.”

“It is a harsh country,” Rhys
grated, “but it could hardly compare to the British Empire.”

She frowned up at him, lines
drawing together between her eyes and crinkling her crooked nose. “I’m not sure
I understand the implication, my lord.”

No, you wouldn’t, Rhys thought
bitterly, resenting the chit for bringing to the fore old memories he had hoped
wouldn’t plague him as greatly as they were. “It matters not.”

“I was very sad to hear of the
earl’s passing last year,” she bumbled on, blithely unaware that Rhys’s
countenance had turned positively lethal. “Do you miss your father?”

Miss Pennyworth straightened with
affront at his tone, her brown eyes widening slightly with fright. “I’m sorry
if I have offended you, my lord, but I was merely expressing my condolences for
a good man.”

Indeed, having been forced to
marry Rhys’s mother after compromising her, the man left her pregnant and alone
to fend for herself in Dublin. All her bitterness and resentment was shoved
onto Rhys’s shoulders and his mere presence in her life was a constant reminder
of the man who had abandoned her and ruined her. No love was lost between
Katherine Ashcroft and her son.

“Well, he must have been something
to bring you into our lives,” Miss Pennyworth purred and discreetly shuffled
closer to him. Rhys stifled the urge to turn and walk away from her. Gabriel
would pay dearly for this, of that he would make sure. “Surely you do know that
you would make quite the catch.”

He was aware. He was so very
aware of his appeal to the opposite sex and such awareness fuelled his own
conceited arrogance. Rhys Ashcroft had been quite irresistible to the fairer
sex from an early age. With dark good looks and a sinister smile filled with
sensual promise, swarthy skin from being at sea most of his life and a body
fashioned from hard labour, women simply fell at his feet. He had come to
expect absolute exterior perfection from the women he took to his bed and
because of his own beauty, he could expect to find someone accommodating
whenever he deemed it so.

Unfortunately for Miss
Pennyworth, she was
not
perfection in Rhys Ashcroft’s eyes.

“Miss Pennyworth,” he enunciated
frigidly, fully intending to take his leave of the girl’s company before he
lost his temper, “if you’ll excuse-”

“Oh, but you mustn’t go!” she
wailed beseechingly, clutching his forearm tightly. “I was hoping you’d escort
me about the lawns, perhaps even explore the maze. My chaperone, Miss Roberts,
is napping-”

And it dawned on Rhys with
nauseating clarity. The wretched little chit wanted him to compromise her, in
the maze or wherever her sordid mind was wandering, so that he would be forced
to offer for her.

Only a fool would succumb to Miss
Pennyworth’s observable little ploy.

Only a
blind
fool, Rhys
amended.

Coldly, he jerked his arm from
her grasp. “Miss Pennyworth,” he began frostily, “I suggest you cut your losses
and find someone more suited to your goals. Lord Phillips, I hear, is looking
for a young bride and you might just fit the bid seeing as he is partly blind.”

A change came over Miss
Pennyworth. Her pasty face turned puce as it contorted and such venomous hatred
blossomed in those conniving brown eyes that Rhys was slightly taken aback. She
raised her pudgy hand and pointed a sausage-like finger at him condemningly. “I
am a highly respected-”

“I don’t care what you are,” Rhys
intoned.

Her tirade prematurely cut off,
Pennyworth’s expression faltered. “You dare mock me?” she hissed. “I hold much
influence over society. I could have you crushed should I but wish it! You’d be
wise not to cut me, my lord!”

Contemptuously, Rhys turned on
his heel and left her standing there, slightly separated from the rest of the
guests milling about on the manicured lawns, and he thought nothing more of
Miss Pennyworth and her warning.

The following night, on his way
to an assignation with Estelle, a bolt in the wheel of his carriage came loose,
pitching it into a ditch on the side of the road.

Danielle Carmichael’s back was
aching.

Heaving a bereaved sigh, she
rolled to the other side of her bed, yanked a pillow from behind her head and
shoved it between her knees.

Somebody, she couldn’t remember
who, had once told her that doing this would ease the pain in her lower spine.
It did, but only marginally. If she was lucky, it would dim the pain enough for
her to eventually fall asleep. If she were lucky, that is.

Most nights she wasn’t and the
pain was so acute she could not reside into slumber.

However, tonight she felt that it
might be one of those rare nights- her back gave an involuntary spasm of agony
and Dani flinched. Maybe not.

Curse the horse that had thrown
her five years ago. Ever since the accident, her back had bequeathed her with
painful protests every time she was in a horizontal position or whenever she
sat down for too long. The doctor said she had come close to breaking it and
that it would give her problems for the rest of her life. He did not, however,
state that insomnia would be one of them.

Sighing resolutely, Dani gingerly
climbed from her bed, her back panging as she did so, and lit a candle on her
bedside table. Maybe she could read herself to exhaustion. Most nights she
would sit or stand by the large window of her room that stared out over the
short expanse of countryside to the dark oblivion of the ocean’s horizon. If
she listened carefully, she could hear the waves crashing against the vast,
precarious cliffs of Cornwall’s coastline.

Silently, she padded over to her
window where a silvery blue stream of moonlight cascaded in through the open,
heavy drapes. Folding her arms under her breasts, she leaned against the cool
wall on one side and looked out at the dark view provided to her.

She loved it here. The country
was beautiful, yawningly stretching as far as the eye could see and there was
just something about the ocean that moved her.

Her aunt and uncle’s cottage was
situated on the top of a hill in the small village of Falmouth which provided
them an uninterrupted view of the landscape right down to the precipitous
cliffs that dropped into the ocean. On a warm, cloudless day the ocean was a
vivid blue or turquoise. On a more cloudy and unwelcoming day, the water could
turn just as vehement.

The Middle Child by Angela Marsons
The Midwife and the Millionaire by Fiona McArthur
Shattered Innocence by Noelle, Alexis
The Light and the Dark by Shishkin, Mikhail
Fire Inside: A Chaos Novel by Kristen Ashley
Song of the Guardians by Erin Lark
Woman of Courage by Wanda E. Brunstetter
Chilled to the Bone by van Yssel, Sindra
Scent of a Woman by Joanne Rock
Rugby Flyer by Gerard Siggins