Read Legacy: The Acclaimed Novel of Elizabeth, England's Most Passionate Queen -- and the Three Men Who Loved Her Online

Legacy: The Acclaimed Novel of Elizabeth, England's Most Passionate Queen -- and the Three Men Who Loved Her 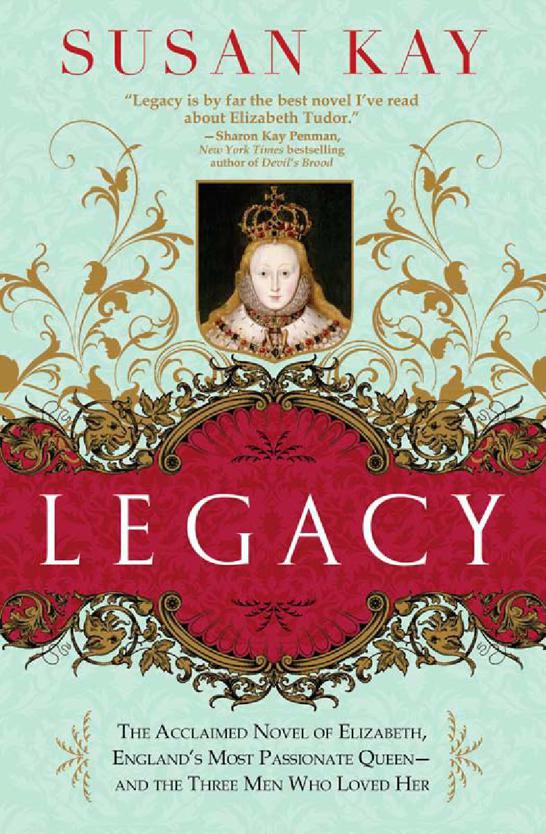 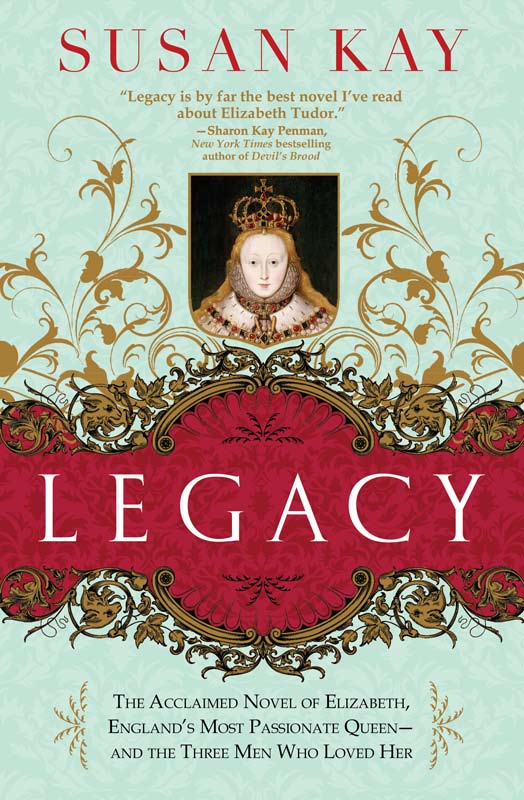 The AcclAimed Novel of elizAbeTh,

ANd The Three meN Who loved her

Sourcebooks and the colophon are registered trademarks of Sourcebooks, Inc.

All rights reserved. No part of this book may be reproduced in any form or by

any electronic or mechanical means including information storage and retrieval

reviews—without permission in writing from its publisher, Sourcebooks, Inc.

living or dead, is purely coincidental and not intended by the author.

Legacy : the acclaimed novel of Elizabeth, England’s most passionate queen—

and the three men who loved her / by Susan Kay.

For my husband, who encouraged me

to complete this book

I
am indebted to mrs. Jane barton for her meticulous typing

W
hen portraying characters and incidents based on recorded

historical facts I have tried to be as accurate as possible, with one

notable exception. Henry Ratcliffe and Thomas Ratcliffe, both Earls of

Sussex, were actually father and son; but, for the purposes of dramatic

cohesion, I have condensed the two into one character. Also, the reader

as the Earl of Hertford. This title did not actually become his until later in

title twice within such a relatively short space of narrative. 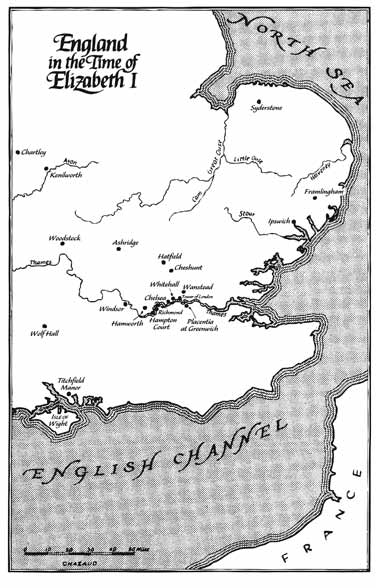 H
e was only a small rat, but bolder than most, with a

disproportionately long tail which curled behind him on the

stone floor, losing itself in the half-gloom of a solitary candle’s light.

The crumbs of bread and stale marchpane, which had first tempted him

out into danger, were long since finished. But still he sat there furtively,

drummed into the dirty moat outside the fortress. Black eyes, like polished

buttons, gleaming yet opaque, nose quivering with the pungent tang of

human scent, he sat and watched a shadowy prey. Young and female, it

would be sweet between his teeth if only he dared to bite. But he did not

dare, not yet; he was uncertain.

Once, in a darker, deeper cell than this, he had eaten away the entire

face of a young boy on death’s helpless threshold. It had been enough to

teach him that human flesh was better warm and void of decay; and now

that dangerous craving inched him forward against the warning note of

instinct. All his sharply defined senses told him that this victim was still

dangerously alert. And yet there was an utter immobility which lulled

him, drawing him ever closer in the faint, hungry hope that he might

She sat on a low stone window-seat, wrapped in a cloak against the

creeping cold and, like the solitary stone pillar that supported the roof,

she might have been carved in that pose out of stone. She sat staring out

of the window into the courtyard below, straining her eyes to see the

yawning cavern that was the Tower’s main gateway.

The gate was her lodestone. Night and day it drew her to the stone-

hooded window, and there was a starkly simple reason for her obsession.

leaving by it. Through Traitor’s Gate she had come to this “very narrow

place,” a grim fortress which had swallowed up so many lives—one of

Her long legs were drawn up beneath her chin, and a crumpled sheet

of red-gold hair fell like a curtain over the arms which clasped them. She

was just twenty, and had been waiting here to die for so many days that

there had begun to be hours when she even forgot about it. Tonight

she was well beyond her native fear of consequences, past caring about a

tomorrow she had less hope of seeing than most.

Within the deeper shadows of the semi-circular room, there was a

fleeing through the stinking rushes for sanctuary.

“Hell’s teeth!” said a voice from the window-seat, strong and vibrant,

yet curiously soft. “What have you seen now, Markham?”

Isabella Markham drew her cloak more closely round her shoulders

and replied defensively. “A rat, madam. Close enough to have bitten

The girl laughed. “The only rats I fear walk on two legs.”

“Then you ought to fear them, madam,” insisted Markham severely.

“Father swears they carry the plague.”

“There are worse deaths,” said the girl, and was silent, thinking of one.

dark corners of the room with a poker. There was an agitated savagery

about her movements which suggested hysteria.

“When I find his hole I shall stop it up with rags. I won’t have you shut

up in this filthy God-forsaken place with that—that unspeakable creature.”

“For Christ’s sake, Markham, it’s only a
little
rat.” The girl’s voice was

still amused, but suggested a touch of impatience now. “We have them

bigger than that at Hampton Court and Greenwich.”

“It’s not his size that troubles me,” muttered Markham grimly. “It’s the

way he watched you. Madam, it was horrible—if you had seen him…”

“Oh, I’ve seen him, several times. Bold little devil, isn’t he? If he

survives the attention of your poker, I shall try my hand at taming him.”

Markham straightened up and looked round with the poker suspended

in her hand. “Tame him?” she echoed, stupid with disbelief. “You can’t

“So are most men!” The girl smiled and stretched her cramped

limbs. “Shall I tame one of them instead? They too make diverting

Jonah Noble - Anticipation is everything by Luke, Jason
Right As Rain by Tricia Stringer
Stars Between the Sun and Moon by Lucia Jang, Susan McClelland
If I Close My Eyes Now by Silvestre, Edney
Shark Beast by Cooper, Russ
Archon of the Covenant by Hanrahan, David
Death Wore Brown Shorts (Happy Holloway Mystery Book 1) by Audrey Claire
An American Werewolf in Hoboken by Dakota Cassidy
Ann Granger by The Companion
Emporium by Ian Pindar