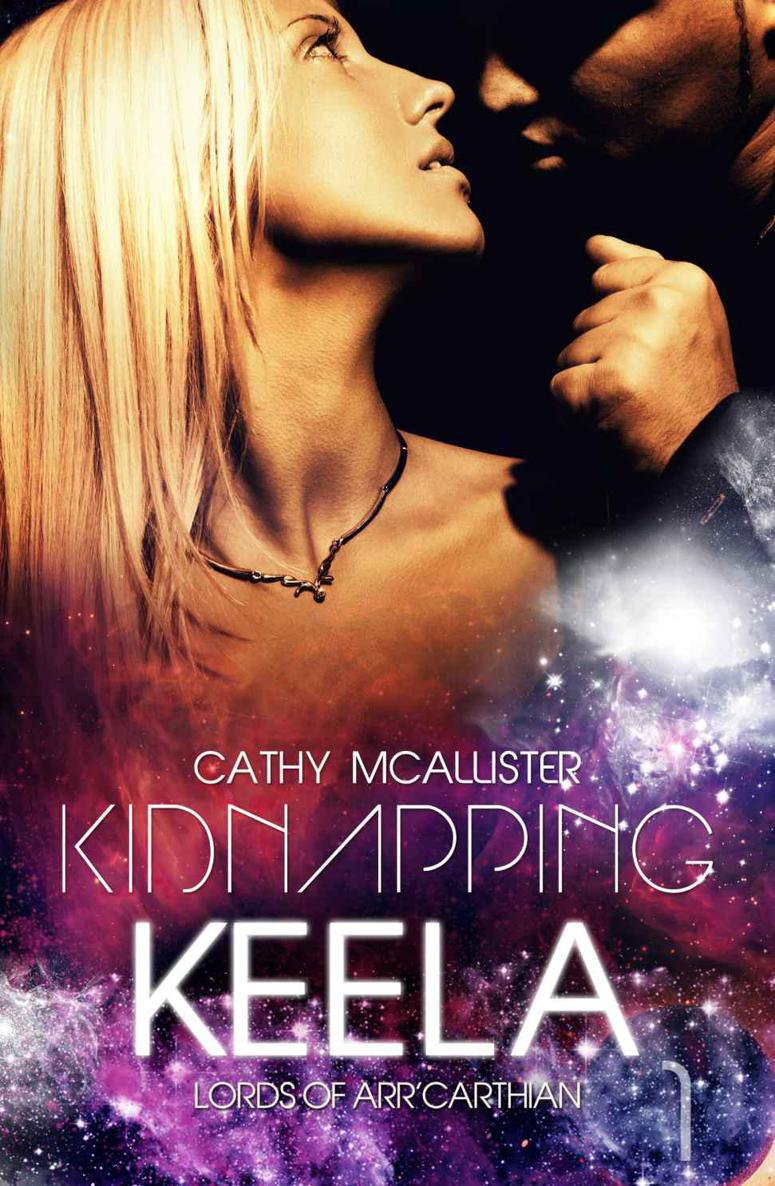 Note from the author

Note from the author

‘Kidnapping Keela’ is a Sci-Fi Romance and you will therefore come across unusual names, unknown races and planets, as well as things that I have simply invented.

To make it easier for my readers, here is a short glossary, in alphabetical order, to help you.

‘Kidnapping Keela’ is the first in my new series, so do not be concerned if not everything is fully explained, as some things will not be further developed or solved until the later books.

I now wish you much enjoyment and hope that ‘Kidnapping Keela’ will give you a several hours of reading pleasure.

Characters in this book

Keela pushed back against the trunk of the huge oak tree behind her. She took a tighter grip on the hunting knife that her dad had given her for her twelfth birthday. It was a good blade but it was going to be impossible to kill all of these creatures with it. She may manage to kill one of them but there were definitely far too many. She could not believe that she had not brought her gun. It would have certainly helped in this wretched situation rather than uselessly lying around in her cabin. But what was the point of beating herself up over her lack of fore-thought? She could not change things now. If there was one thing that she had learnt in life, it was that you cannot correct all of your mistakes. And the way things were looking this was going to be the last mistake that she ever made in her life.

“Go away! You wretched beasts! One of you is going to die before I do, be
very
sure about that. You disgusting creatures! Down! Go away.”

The beasts growled threateningly. The sound went right through Keela. The hair at the back of her neck stood on end and her breathing came heavily and irregularly.
It was her anger that stopped her from collapsing. Even if she had no chance, she was not going to go down without a fight.

“Yes, that’s right! I’m really angry that you’ve ruined my evening and when I’m angry I can be
very
unpleasant. So, do yourselves a favour and go away! GET

The four pairs of yellow eyes staring at her through the dusky light of twilight seemed to be unimpressed with her little burst of outrage. She heard growling again and the beast to the left of Keela was baring its long, yellow teeth. The beast’s mangy fur was standing on end and it had assumed a crouching position, lying in wait. Keela had already worked out that this must be the leader. If this beast attacked, then his companions would follow. She thought she could actually smell the beasts’ anticipation. She could not see a lot in the twilight, but she was certain that saliva was already dripping from their jaws.