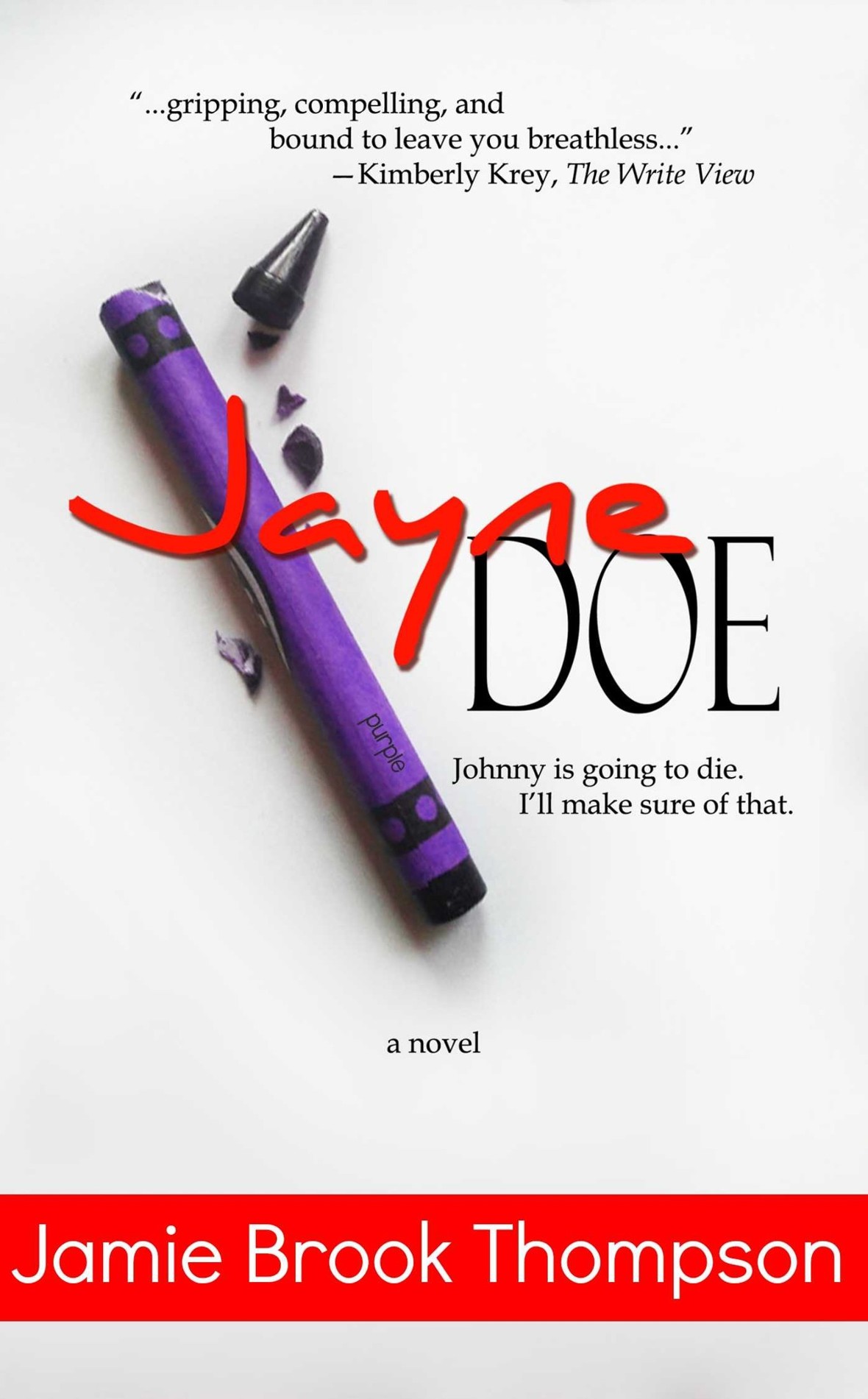 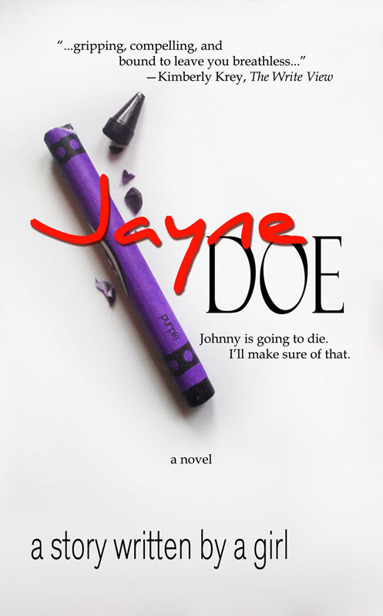 a story written by a girl

This ebook is licensed for your personal enjoyment only. This ebook may not be re-sold or given away to other people. If you would like to share this book with another person, please purchase an additional copy for each recipient. If you’re reading this book and did not purchase it, or it was not purchased for your use only, then please purchase your own copy. The ebook contained herein constitutes a copyrighted work and may not be reproduced, transmitted, down-loaded, or stored in or introduced into an information storage and retrieval system in any form or by any means, whether electronic or mechanical, now known or hereinafter invented, without the express written permission of the copyright owner, except in the case of brief quotation embodied in critical articles and reviews. Thank you for respecting the hard work of this author.

This ebook is a work of fiction. The names, characters, places, and incidents are products of the writer’s imagination or have been used fictitiously and are not to be construed as real. Any resemblance to persons, living or dead, actual events, locales or organizations is entirely coincidental.

For a woman I know because of her amazing courage to finally see the light.

To one special person. Without your constant support this novel would not be complete.

I hate the sight of Crayons.

There’s water dripping from the leaky faucet in the kitchen. I watch as it trickles against the avocado-green sink and races to the drain, like it, too, is dying to get out of here.

Mom is yelling on the couch.

She isn’t drunk enough to pass out yet.

I turn and stare at the bottle of Jack Daniels resting on the countertop between us; watch it glisten in what’s left of the afternoon sun, and close my eyes slowly, knowing if I pretend long enough I can turn the sparkling image into a silhouette of Jayne, my oldest sister.

In Riverdale, there are four neighborhoods and a trailer park. I happen to be the lucky kid in lot 74, almost next to the river. Lots 73 and 75 are the ones who get to hear mom freak out and break things on a few occasions.

When you grow up on food stamps, powdered milk, and Spam you sort of know you’re different.

Nobody thinks I get it, but I do.

Except for Jayne. She doesn’t belong here. She’s a gift. A gift from God.

Right now I’m too young to be labeled as trash, or maybe I’m just avoiding the inevitable, trying to get the “take it easy on her” card. And if I’m a good kid, I get the “poor baby, look what she was born into” sympathy. That’s exactly where I plan to stay for a couple more years – at least until I’m sixteen. That’s when people say girls are forced to make a decision in the trailer park. Even fat girls like me. I’m not entirely sure what that means, but I have a pretty good idea. I’m not an idiot. For now, I’ll play it safe and be quiet, polite, nobody-notices Jill.

Not the girl trapped in this armpit.

Peering into the broken cupboard, I grab a bag of Cheetos. They’ll go perfect with the half-flat Mountain Dew Jayne bought me earlier. I take a swig, hoping for a little burn. No such luck. I settle for the bland sweet-tart taste instead. I’m going for that
stuffed
feeling. The kind that pacifies me. Makes me sleepy.

In the midst of licking the orange salt off my fingers, a gentle knock taps on the front door. There’s only one person in the world who makes that kind of sound: Johnny, Jayne’s boyfriend. Her first boyfriend.

“Going somewhere fancy?” he asks when he enters, ruffling my hair.

I suck in my tummy and pull my too-tight shirt down a little, praying it will cover the rolls hiding underneath. Truth is I dressed up, hoping he would come over. I know how bad that sounds. Heaven knows he would never look at me twice. I just want to feel pretty like Jayne. She let me borrow her favorite mini skirt and some make-up. I know this is a huge sacrifice for her.

I'm the baby sister, but I’m not clueless. As much as I’ve stretched the pink cloth around me, she won’t ever get those size-zero hips to keep it up again.

When Jayne enters the room, she gently squeezes my shoulder. “Johnny, would you mind taking Jill to Sinclair so she can pick out a few treats before we head out?” She winks at me like we’re the only two in the room. “My mother isn’t feeling well, and I need to help her into the bedroom.”

He’s not brain dead. Everyone can see that mom's hammered.

Johnny's eyes lock onto mine. “I’m pretty sure I can handle your little sister.”

My cheeks flush and I look away.

“Here, let me get you some money.” Jayne rustles around the cluttered kitchen before finding her purse on the coffee table in the living room. I’m not sure why we separate the two; together they make up one small room.

Johnny is probably thinking we live in a dump compared to his monster mansion on the hill. Really, the houses with white picket fences and family dogs, not chain-link and pit bulls. Jayne took me on the bus to see it once, except we ended up having to walk a long ways uphill since public transportation isn’t allowed in his ritzy area. We spent the whole time giggling and laughing over what kind of lie we would tell if he caught us stalking him. But now he’s here, inside our junky place, and all I want to do is hide in my room with a bag of chips and pretend this isn’t my life.

Johnny holds up his hand as Jayne tries to give him a few crumpled dollar bills. “I’m offended,” he says. Everyone can tell he’s being silly. “I thought you took me for a gentleman.”

“You’re the best.” Jayne smiles, and wanders back over to me. She leans down and whispers in my ear. “Make sure you get a hotdog or a frozen burrito. Mom isn’t going to be up to making dinner for you tonight, and I won’t be home until you’re in bed. And heaven’s to Betsy if Martha and Billy are going to be around.”

I smile and nod. The one thing I’m good at is never turning down food, but I feel sort of funny having Johnny pay for me. Maybe tonight I just won’t overdo the whole gas station thing.

Before I realize it, Johnny is opening the door to his fancy car, welcoming me inside. I don’t hesitate because it’s January and it’s cold outside, much too cold to be wearing a mini skirt with no jacket.

As soon as I sit down, I rub the bottom of my legs. They’re sort of purplish-pink and it makes them look dimpled. I don’t want to gross Johnny out, so I keep rubbing as he settles behind the driver’s seat and turns over the key. Death metal blasts out of the radio, and he immediately shuts it off. I'm surprised at his choice of music; pop is a much better fit for his pretty-boy, football image.

“Are you cold?” he asks, and then places his large, baby-smooth hand on my thigh.

My heart pounds and I pull away. No boy has ever touched my leg before. It's exciting and nerve-racking at the same time. Johnny seems to sense my discomfort, because he moves his hand to my calf and rubs it, warming my skin with friction. I smile and stare out the window. He takes the hint and backs up. I don’t really know what to say. My legs aren’t as patchy in color any more, but everything feels awkward. Like I wish I had worn an old pair of jeans.

The speed bumps make Johnny slink through the trailer park until we get to the main road. Then he floors the gas and squeals the tires. I don't know why girls always seem impressed when guys show off like this. I sort of feel creeped out and tug at my skirt, silently begging the material to stop crawling up so far.

“You okay?” Johnny asks as he passes Sinclair. He takes one hand off the steering wheel and begins rubbing my shoulder.

“You passed the gas station,” I say as I squint, wrinkling my forehead.

“Yeah, I wanted to take you somewhere first.”

I don’t respond. In fact, I’m starting to panic. Mom says girls should never be alone in cars with boys. Bad things happen. She never says what kind of bad things happen, but we have cable so I have a good idea.

Johnny turns down the road behind Wal-Mart to a tall row of cottonwood trees and overgrown bushes until we're completely concealed inside the vehicle. He puts it in park, and turns his body toward me.

“How long have you been this pretty?” He brushes a strand of brown hair from my face.

I pull away and cross my legs. “Jayne said we were going to Sinclair.”

“We are,” he says. “I just wanted to take you somewhere
special
first.”

He leans in closer and breathes into my ear. “I would never hurt you.”

“Relax, this is where pretty girls get to
talk
in cars.” He begins to rub my shoulders again.

“We’re just going to talk?” I ask, relieved. A breath I didn't know I was holding whooshes out.

“What did you want to do?” His voice rolls out in a sugary-sweet cadence laced with sly cruelty. The familiar heat of humiliation crawls up my chest and into my cheeks. A guy like Johnny would never want to do something with an ugly girl like me, no matter how much make-up I’m wearing.

“Jilly, have you ever
done
things before?”

His hand creeps from my shoulder to the top of my chest.

I don’t know what to think, but I pray he won’t feel all of my fat, and then go tell everybody.

“How old are you now?” His eyes are hooded, voice low and velvety smooth.

His hand slips down my shirt and rests at the top of my bra. The one mom says I have to wear now because my boobs are getting so big. I know he’s already felt the top of my big fat boob and I'm mortified. If only I had smaller ones like Jayne.

“I don’t think you should do this,” I say, and move his hand away, praying he won’t gag at the feel of my chubby chest.

I don’t look at him because I know he’s lying.

“Would you be upset if I asked you to kiss me?” he asks.

My stomach is starting to hurt. I inch closer to the door. I just want to get out of here and go home. “I’ve never kissed a boy,” I say being completely honest so I don’t make a bigger fool of myself.