Read In the Blood Online 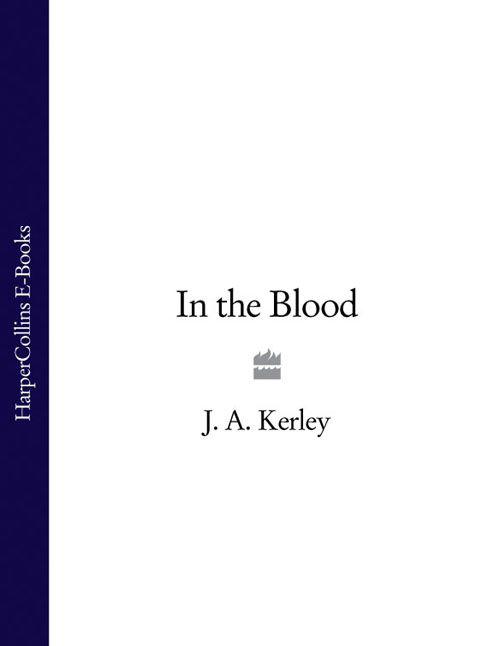 In the Blood
J.A. Kerley

To Janine and Duane Eby, always beautifully there

“It’s almost midnight, Anak. Would you stop throwing that goddamn harpoon?” Rebecca Ahn stood on the porch of the tiny, weatherbeaten house, glaring at Anak Jackson.

Bathed in the thin illumination of a lone light on the side of the house, Jackson crunched across the sand to yank the six-foot lance from the scrubby palmetto doubling as his target.

“Dr Matthias said to keep a low profile, Anak,” Rebecca said. “Not get noticed. Not yet.”

Jackson stared into the surrounding blackness. There wasn’t another dwelling for a half-mile.

Jackson returned to his former position, lifted the spear to his broad shoulder. He had used true harpoons in his youth, for seals mainly, throwing with respectable accuracy according to the Inuit elders on his mother’s side. And wasn’t
spear-chucker
a derogatory term for blacks? He was doubly blessed. Or cursed.

The spear sliced through thirty feet of sultry night air to
thwock
into the base of the tree.

Ahn said, “At least throw that thing during the day.”

“It’s too freakin’ hot,” Jackson complained. But he went inside and returned the lance to a corner of the living room, a display of cheap furniture and mildewed walls. He walked a short hall to a bedroom, tiptoed inside. He returned seconds later.

“Is everything OK back there, Rebec? Have you handled the fee—”

Rebecca pointed to a damp spot on her T-shirt. Jackson smiled and pushed his hand into his jeans pocket, pulling out a candy tin. He popped it open and produced a half-smoked joint. He lit, inhaled deeply and let the smoke dribble out through his nose as he spoke.

“This doing-nothing shit is making me stir-crazy, babe. The doc promised he’d find us decent jobs, a place to stay in Mobile, right? Then he runs off to the other side of the world to – what did he say? – ‘descend staircases’. What the hell does descend staircases mean?”

“Dr Matthias will do everything he said when he gets back, Anak, he always has.”

“You’re too trusting, Rebec. We’ve known Matthias for maybe three months. He’s spooky, too freakin’ weird for me. And if he sticks that goddamn needle in my arm one more time, I’ll…”

“I trust him. Be patient. And don’t smoke inside. It’s not good.”

Jackson started to argue; caught himself. “My bad. Sorry.”

He rattled open the screen door and stepped into the night. The air smelled of the estuary behind the house, the Gulf’s falling tide exposing dead fish, broken clams, clots of seaweed. The erstwhile neighborhood had been home to shrimpers, but that was before hurricanes shattered the houses and grounded the boats hundreds of yards inland. The house was the sole dwelling standing on jigsaw-cut channels separated by marsh grass and hummocks. Built in the forties of oak and cypress and hand-hewn joists, it survived the winds and water while the shacks and trailers had been blown as far west as Galveston Bay.

Anak took a final hit off the roach. He scratched at his full-face black beard, what Rebecca laughingly called his Rasputin beard, a reminder his blood had once lived in Russia. When they were stoned, Ahn made up fabulous stories about their distant forebears’ bloodlines traveling the earth to meet, Anak’s originating deep in Russia, taking centuries to cross eastward to China, north to the Bering Strait, into Alaskan Inuit tribes – where it met another traveling strain that had originated in Africa! It was like magic.

Rebecca’s blood, as she told it, her storytelling voice sweet and musical after she’d smoked weed, had its genesis in the Middle East, moving through
Europe to the US, pausing in the Swede-land of Minnesota, then pushing into Canada. Rebecca joked that Anak carried half the world in his veins, she carried the other half in hers.

A light drew Anak’s eye toward the distant road. The lane to the shack was a hundred yards distant, the turn-off obscured by scrub trees and kudzu. Two sets of lights, two vehicles. The lights stopped by the gate. Went black.

Anak brushed mosquitoes from his eyes and stepped down to the sand. He was jogging up the drive for a closer look when a spotlight blazed from a vehicle. Anak dropped to the ground and watched the stark white beam of a searchlight sweeping the trees, the kind of high-intensity lamp mounted on cop cars, or used by poachers to jacklight deer, freezing them in light to await the bullet.

The searchlight died. Anak listened into the dark. Someone had passed the gate, someone else was creeping through the trees. Anak realized the road through the gate was the only easy way off the marshland edging the Gulf of Mexico.

A hunter all his life, Anak saw the pattern of a trap. He pushed from the ground and ran to the house. He snapped off the living-room light, the only remaining illumination coming from the bedroom down the hall.

Rebecca looked toward the bedroom. “Remember the doctor’s warning? That some people would see us as dangerous? We’ve got to hide the –”

Anak waved her silent. “Get to the rowboat. Cross the channel and hide. There’s a paddle inside. Don’t use the oars, they creak.”

Anak looked to the old shark lance in the corner shadows.

Anak spun to her, blue eyes blazing. “Get out!”

The back door opened and Rebecca slid her slender body through the gap of a broken deck rail and jumped to the sand. She ran toward the water clutching a tight bundle, then crept to the end of the fifty-foot pier where a small green boat rocked.

Not from the house or drive. From the water. Rebecca flattened against the pier, watching a searchlight’s beam hit the shack, flick off. Someone had confirmed the shack’s location.

Rebecca held the bundle tight. She heard the electric whine of a trolling motor as the boat moved closer. Heart pounding, she knelt on the salt-crusted pier, seeing a folded tarp in the rowboat. She wrapped the bundle in the tarp, tucking it beneath the middle seat. She loosened the boat’s ropes to
swing it beneath the pier. There were a few inches between the boat’s top and the dock’s underside. She’d crouch in the boat and hope the intruders would pass over above her.

A voice from the water said, “Something’s moving over there!”

The light snapped on, trapping Rebecca in white clarity. Behind her, from the house, came the sound of breaking wood, a door kicked in. A few seconds of breathless silence…

Replaced by a scream and the sound of gunfire.

She was a dozen feet from the house when the back door exploded open and a hideous image appeared on the deck: a man with eyes impossibly wide, his mouth frozen in a soundless scream…

And a harpoon bobbing from his abdomen.

Rebecca froze. The man’s hands clutched at his gut. He vomited blood down his shirt, staggered through the rotten deck rail, and dropped into the sand in front of Rebecca.

A pop of gunfire. Pain seared Rebecca’s head. She felt sand rush to her face, grit slide into her mouth. Voices screamed all around. More popping sounds. Someone yelled, “I can’t find it…”

The world spun into hazy colors. A thousand miles away, Rebecca heard footsteps on the dock. As the feet approached she turned away, drawn to a strange scene before her eyes, like a movie
she could enter at will: a young woman naked on a beach with multi-stranded light arcing from her belly to the sky. The arc glittered like the Northern lights, bands of color pulsing like heartbeats.

The woman on the beach was her.

What Dr Matthias said was true,
Rebecca thought as she spun into darkness.
I have a rainbow inside me.

“People should be sleeping at this hour,” Harry Nautilus muttered.

Beside me, I heard the metallic click of his fishing reel. To the east, the horizon held the blue glow of approaching dawn.

“It’s the best time to fish,” I countered, whipping my lure into the low waves of the Gulf of Mexico.

“Fish should be sleeping at this hour.”

Harry’d stayed in my guest room last night, expecting to fish today. I’d not planned to awaken so early, but hadn’t been sleeping much lately, kept awake by the files on my desk at the Mobile Police Department, a dozen mean and horrific homicides in the past two months. When I’d looked at my clock – 4.37 a.m. – I figured we’d catch the early-shift fish.

I reeled in my line, set the rod in a tubular spike
in the sand. I pulled a thermos of homebrew from my tackle bag, half cheap-ass Mexican espresso, half New Orleans-style coffee with chickory. I’d filled the thermos three-quarters full, topped it with scalded milk, added a quarter-cup of demerara sugar and a tot of Kentucky bourbon. Liquid zip-a-dee-do-dah with a jolt of my-oh-my.

“Crap,” I said, rifling through the bag.

“I forgot mugs. Be right back.”

I started jogging to my stilt-standing beachfront home a hundred yards away, across dunes bristling with sea oats. I live on Dauphin Island, thirty miles south of Mobile. It’s my second home on the site, the first having been knocked cockeyed by Hurricane Katrina.

“Wait a sec, Carson,” Harry called from behind me. “There’s something out on the water.”

I turned and wandered back to Harry’s side. Squinting into the dark, I saw a small craft out thirty yards or so, an aluminum rowboat rocking in the waves. It was nearly swamped, water licking its gunnels, the side-slipping tide pulling it parallel to the beach. It was a ghostly sight, like a lifeboat from the
Flying Dutchman.

“Jeez,” Harry said, frowning at the empty boat. “You think someone got knocked overboard?”