Read Home is Where the Heart is Online

Home is Where the Heart is 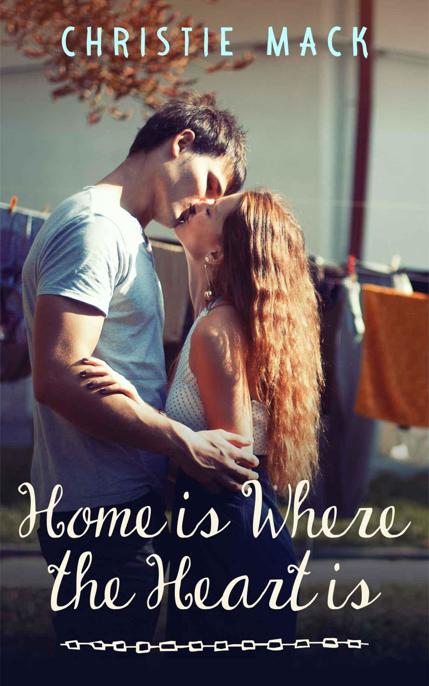 As childhood sweethearts growing up in a small Texas town, Jordan and Cassie were the golden couple of their generation—the epitome of the All-American couple one only saw portrayed in movies. But after high school ended, and with the promise that nothing could break their relationship, Jordan moved to California to play football in college, leaving Cassie with a broken heart while residing in their sleepy little town.

Six years later, Jordan is now the starting quarterback for the Miami Dolphins. At the peak of his career, he returns home following his father’s health scare, and in the process, learns he fathered a child with his former flame.

While Cassie may have had her reasons for concealing her son from his father for five years, Jordan is determined to be a part of his child’s life—despite being worlds apart from each other.

Unions will be tested as two worlds collide once more in an attempt to restore a former spark, but will it be enough to make a family whole again? Will Jordan believe home really is where the heart is?

For Aunty Bernadette. May you be acting as my guardian angel, watching over me from heaven.

“A
re you going to miss me?” Cassie asked her boyfriend, Jordan, as she lay entangled in his muscular arms. Today, Jordan was leaving for college a thousand miles away from Yellow Valley, while his blonde-haired, southern beauty was choosing to stay close to home. She opted to attend the local community college instead, because she simply could not afford to attend an Ivy League school like he could. Unlike Jordan’s well-off family, she did not come from money and wealth.

“Of course I’m going to miss you, babe,” Jordan said, bowing down and placing a trail of light kisses on her forehead. “You’re my girl, and even though I will be busy with classes and football, I am still going to make time to come back and see you whenever I can. You won’t be getting rid of me that easily.”

Cassie curled her petite body against Jordan, her creamy skin a perfect contrast against his dark tan. She began trailing the tip of her index finger along his tight, white t-shirt-clad chest. “What about all the pretty girls you’ll meet in college?”

Cassie knew she sounded like an insecure girlfriend, but at this point, she couldn’t help it, even though she always swore she would never become that kind of girl. She also knew there would be just as much enticement in college as there had been in high school, only more. Yellow Valley High wasn’t a very big school; their tiny little town was barely a speck on the map. No one ever stayed here; it was merely used as a quick stop on the way to the next larger city.

Jordan was insanely good looking. Cassie often wondered how she’d gotten so lucky to be given the title of his girlfriend; he could have had his pick of a hundred other girls at school.

Jordan placed one finger against Cassie’s lips, piloting her to silence.

“I’m sure there will be plenty of women who will want to date me. I am considered quite amiable, compelling and very adequate to date, I’m told, but no one equates to you and what we have together. You’re the only one I want to be with.”

Cassie laughed. Yep, he was right about the charm and charisma. He also had an ego to match any promising football star. He would definitely go a long way with his career in the sport. “Had I known you were so full of yourself, I wouldn’t have said yes to going out with you in the first place.”

“Oh, really? I thought that was why you fell in love with me in to begin with.” Jordan pecked the tip of her nose, teasing her and sending Cassie’s eyelids fluttering shut. She was in pure bliss at the moment, and never wanted anything to change.

“Well, that’s true and I guess I wouldn’t want to change that about you either. You’re perfect the way you are.”

She curled herself even further into Jordan’s side, making a fist with her hand and resting it on his toned abdomen. “So tell me again how much you’re going to miss me.” Cassie knew she was being needy and clingy, which was something she always loathed about other couples she saw around school, but she needed to hear him say it over and over again until she started to actually believe the words herself.

At this point, she was beginning to think continuing their relationship was just pointless; it wasn’t going to last. Long distance relationships never worked out the way you wanted them to.

Luckily for her, Jordan didn’t mind repeating his words again and again if it meant Cassie realized how committed he was to their relationship.

He took the side of her face in the palm of his hands, looked into her alluring blue eyes, and kissed her once on the mouth.

Then he stopped, his focus returning to her face. “But most of all, I’m going to miss being able to see you every day.”

“Me too,” she mumbled into his mouth, her hands running through his thick black hair.

“And at least when we
are
together, we’ll have a lot of making up to do.” Jordan gave her a mischievous grin, revealing a wayward agenda for the two of them in the future.

Cassie chortled, jokingly smacking his side. She should have known Jordan would see their time away from each other as a prelude for sex when they were together. He was always thinking of his needs. Most of the time, she guessed sex was all he really thought about—not that it was a bad thing. She had only ever done it with one boy before, and sex with Jordan was an incredible and satisfying experience, but maybe she liked it so much because she was actually in love with her boyfriend. She was unlike a lot of her friends, who gave it up because they were drunk and were only out to have a little bit of fun in a town some people might call mind-numbing and uninteresting.

Cassie and Jordan remained together this way for another few minutes. They didn’t need to talk to each other in order to enjoy being together; they were merely appreciating each other’s company in silence.

High Rhymes and Misdemeanors by Diana Killian
Raw Burn (Touched By You) by Trent, Emily Jane
As Black as Ebony by Salla Simukka
Letter from a Stranger by Barbara Taylor Bradford
A Radical Arrangement by Ashford, Jane
The Witch's Grave by Phillip Depoy
Begin Again by Evan Grace
Keena Ford and the Secret Journal Mix-Up by Melissa Thomson
Justine McKeen, Walk the Talk by Sigmund Brouwer
Steel & Ice by Emily Eck