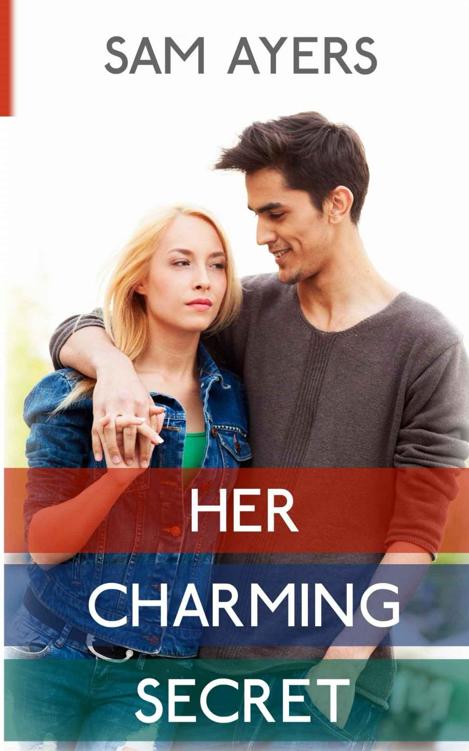 All rights reserved. This book contains material protected under International and Federal Copyright Laws and Treaties. Any unauthorized reprint or use of this material is prohibited. No part of this book may be reproduced or transmitted in any form or by any means, electronic or mechanical, including photocopying, recording, or by any information storage and retrieval system without express written permission from the author/publisher.

In the memory of Sam.

Nana, when I wrote this story I knew that you wouldn’t take it from your bookshelf and read it. But I wish someday when I grow old, pick this book, dust it and read it; I’ll thank you for the inspiration – I know I’ll miss you. I still do.

You stayed young, you stayed strong – I know how much that meant to all of us.

How I wish you were here.

To my parents – who always believed. Thank you for everything, Momma and Papa.

To Julie, Amy, Rithika, Purvi, John, Demelza and Gabi – thank you for your friendship and constant support.

To R – thank you for putting up with me over the last two years while I created this crazy yet awesome world of
Perfectionists
and
Players
. Take the Player.

To Ames – thanks for sticking with me till the end.

Another thanks must go to Wattpad, for giving me a platform to share this story and to unleash the writer in me.

Last but not the least, to my darling grandmother, who encouraged me to read and discover a whole new world and to live a thousand lives.

Frenetic. That was perhaps the easiest, if not the best, way to describe Aiden Reid’s life. After a long day at work, he was packing up to go home and rest. The phone on his desk started to ring just as he was about to leave.

Wondering who could be calling this late, he answered, “Aiden Reid.”

“Hi, Aiden,” his mother’s cheerful voice said from the other end. Aiden wondered why she had called him on the office number when she had his personal one.

“Aid, I just wanted to ask if you would like to join us for dinner. Your father wishes to speak with you,” she said.

Aiden could sense that she was tired from all the wedding shopping; after all, his sister was tying the knot. “Oh! He didn’t say a word to me when we met an hour ago, but I’ll be there. See you later, Momma.”

“À bientôt!” With that, she ended the call.

Aiden checked the time; it was 7:35PM. If his mental calculations were right, he would be home by 8:00PM. Just then, his cousin Alex walked in with a huge grin plastered on his face, banging the door to announce his arrival.

“Hi, Aido, let’s go! Time to party,” Alex called in excitement as he walked towards him.

“Shut up! Don’t you have any manners? At least knock on the door,” Aiden replied in a serious tone. “And don’t call me Aido.”

“Whatever . . . Aido! Listen, Matt called and asked if we wanted to join him and the guys; they’re going to that new nightclub downtown. Come on, dude, let’s go!”

Aiden shook his head as he picked up his stuff. “No can do, buddy. Mom called, I’m having dinner at their place. You go and have fun.” He smiled at the thought of Alex having fun and added, “And don’t call me if you get drunk.”

Alex was not just Aiden’s cousin; he was his best friend too, and Aiden was always the first person he called when he got into trouble. That included getting lost while exploring the town.

“You’re such a spoilsport. C’mon, Aido!” Alex called after him.

“No, Alex. I’m going home. I have work tomorrow.” Aiden sighed. “I need to find a new secretary too, Mrs. Ford resigned this morning.”

“Oh really? The witch left the lair, why ever so?! Did you not give her enough sweet children to feed on?” Alex laughed at his own joke. He had the weirdest sense of humor that could lighten the mood in seconds.

“She wasn’t that bad, Alex,” Aiden smiled. He knew one thing for sure; Alex didn’t like the poor lady so he just teased her all the time.

“Oh, you don’t know anything about her. I’ll make you a deal; you party with us tonight and I’ll find you a secretary tomorrow. What do you say?”

“Really, now? What are you going to do? Hire a model to be my secretary and flirt with her all day?”

“I’m leaving now. I’ll see you tomorrow.” Aiden paused at the door to add, “My mobile is going to be switched off all night, so don’t bother calling me for help. Later, bro!”

“You spoilsport!” Aiden left Alex groaning and muttering at his back.

It took Aiden exactly fifteen minutes to reach his parents’ home. He parked his car in the driveway and made his way towards the house. As soon as he rang the bell, the door opened and his little sister, Aubrey flew at him and knocked him over. The Reids always had great fun when they got together and spending time with them always made Aiden feel good.

“Aidey, you’re back.” Aubrey chuckled as Aiden pushed her off so he could get up.

“Hey Kiddo.” He hugged her. Aubrey did this every time he came home, she was nine years old, but she was still the baby of the family.
One down, two to go
, Aiden thought.

“Hey Bro, want to check out this cool new game I got?” Ashton came running down the stairs.
One more, Aiden. Get ready, here she comes!
He thought.

“Hey Ash! I’ll be there in a minute. Adele, how are you?” Aiden asked, hugging his sister.

She groaned and hugged him back. “I’m good, just a little tired.”

He already knew that the wedding shopping must be tiring.
I’m glad I’m not the one getting married
, Aiden thought as he smirked. “Isn’t Gabe here yet?” He looked around but couldn’t find his soon-to-be brother-in-law.

“I’m here, Aid,” Gabriel called as he came down the stairs. “Hey dude, Ash’s new game is really amazing and you should join us. It’ll be fun.” He winked at Adele. He knew that she hated such games, and he also knew Aiden hated them too. Adele was just like him.

As they made their way towards the dining room, their father heard them talking loudly and came out of his study to greet them. Nicholas had just come back from a business trip in London and had been busy all day. It was time for him to start taking things easier, so he was glad Aiden was doing such a great job at work.

“Hey kids, let’s go and eat. Looks like your Mother has cooked up a feast!” He smiled and left to join their mother.

Aiden followed him happily. After all, this was the place he loved the most.

Meanwhile, Alex parked his car and made his way to the nightclub. Wow!
This place is lively tonight
, he thought as he walked in.

“Alex, over here man!” He heard his friends shouting from the other side. Matt was waving towards him.

“Hey guys! Nice choice, this place is great,” Alex said to his friends and sat down next to Matt, who handed over a drink.

“You bet! Sid got lucky, look over there.” Matt pointed out to a couple dancing. Sid was not the kind of guy who could impress a girl that easily. He was totally different from Alex, who could charm any girl. He looked at the people dancing and wished that Aiden was here. It would be fun to set him up with one of the stunning girls here. He loved playing Cupid, but his cousin was never interested.

Alex saw a girl standing alone, watching people dance. He decided to speak to her or perhaps buy her a drink. Smirking, he made his way towards her.

“Hey gorgeous!” he said with his usual charming grin.

She looked around for a moment before asking, “Are you talking to me?”

“I don’t see any another gorgeous woman around here, so yeah, I’m talking to you.” Alex’s grin widened as he moved closer.

“Alright, what do you want?” She asked in a grave tone.

“I don’t drink.” She spoke softly despite knowing that he was hitting on her. The guy looked like a player.

“Then I don’t think this is a right place for you, Miss?” he asked.

“Nice to meet you, Jo. My name is Alex.” She wasn’t his type, but he wanted to know more about this mysterious girl. He loved mysteries.

“Likewise. I was forced to come by my friends. I have absolutely no interest in being here,” she said and pointed out to the girls who were dancing brilliantly.

How could they leave their friend alone
, Alex thought as he ran his hand through his hair.

“I think I have seen you before,” Jo murmured under her breath but Alex heard her.

“I’m often featured in the business magazines and you must have seen my cousin, too.” He winked at her.

“I don’t know about your cousin, but you are Alexander Reid from Reids, Inc.” It wasn’t a question, she knew who he was.

“Well darling, you can just say that I’m popular.” Alex smirked. “Even though Aiden does all the hard work,” he added, quietly. “So what do you do?”

“I’m a novelist,” she said. “Normally I write stories for children, but I’m currently working on something that’s not for children. It’s more like a romance novel, and it’s on hold due to lack of ideas and inspiration.” She sounded disheartened.

“What are you writing about?” Alex asked. He was curious now because this girl was interesting, very fascinating.

Alex chuckled because he had an amazing plan forming in his mind. “I think I can help. You need inspiration and ideas,” he pointed out. “And I’m looking for someone who can make a good secretary to Aiden Reid. If you take up this position it will help you with your book, like research.” Alex was hoping she would say yes.

“I’m a writer and I don’t need a Secretary’s job.” Jo thought he was crazy for offering it to her.

“I just wanted to help you. Here, this is my card. The offer stands. Call me if you are interested. See you later, Jo.” With that, he waved to her and left to say goodbye to his friends. He knew she would call him.

His phone rang as he was leaving the club. When he took it from his pocket, he was surprised to see that it was Aiden, especially because he had said his phone would be switched off.

As he hung up, he glanced back at Jo. Their eyes met long enough for her to see him wink at her before he turned and walked out the door.