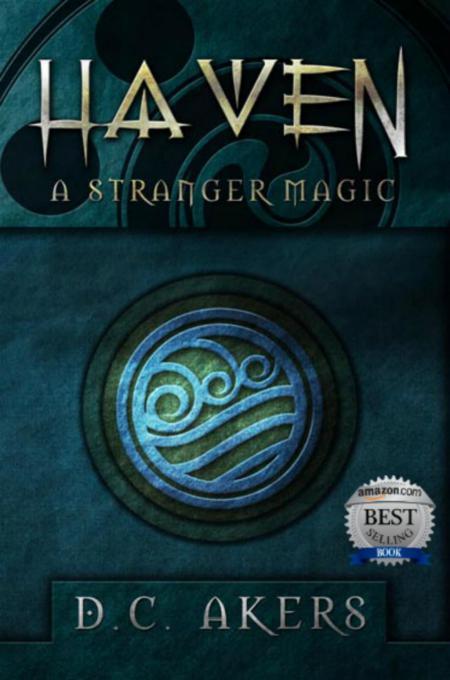 This is a work of fiction. Names, characters, places, brands, media, and incidents are either the product of the author’s imagination or are used fictitiously. The author acknowledges the trademarked status and trademark owners of various products referenced in this work of fiction, which have been used without permission. The publication/use of these trademarks is not authorized, associated with, or sponsored by the trademark owners.

Visit us on the Web.

No one walks alone on the journey of life; therefore, I would like to thank those who joined me, and walked beside me, and helped me along the way continually urging me to write.

Perhaps somehow this book and its pages will be seen as “thanks” to all of you who have helped make this dream possible.

Much of what I have learned over the years has come as the result of being a father to two wonderful children, Myranda and Sarah, who, in their own ways, inspired me and subconsciously contributed a tremendous amount to the content of this book. A little bit of each of them will be found here weaving in and out of the pages—thanks kids!

I would also like to thank a group of individuals with amazing talent. They have dedicated endless hours of their time, knowledge, ideas, and numerous tips—all of which culminated in the completion of this book. So to Clare Gilbert, Krista Bohr, Terri May, and Skip Morris, thank you for everything and most of all, thank you for your friendship.

Other Books by D.C. Akers

“A friend is one that knows you as you are, understands where you have been, accepts what you have become, and still, gently allows you to grow.”

S
am stood gasping for breath. His muscles ached and he was terrified. He was lost. Massive redwood trees towered above him, branching out in all directions. Patches of snow and large rocks littered the ground before him. He winced and took a knee. The ache in his side felt like a stab wound. His heart pounded against his rib cage as if it would burst from his chest at any moment. How long had he been running? The cold air stung his throat when he swallowed; he needed water. Sam straightened himself slowly, inching forward down the narrow pathway. Large boulders covered in dense ferns and moss that dripped of moisture formed a winding pathway between the redwoods. Sam knew for certain that wherever he was, it was far from home.

He didn’t know why, but he knew that he was in danger. Something was chasing him.

Sam looked for a weapon, a stick or rock—something to protect himself—but it was getting too dark to see anything clearly. The moonlight, which had once pierced the veil of the mighty treetops, was beginning to fade. Menacing black clouds were gradually enveloping the enormous moon. Sam was losing the only light he had left. As reality set in a cold shiver ran down his spine.

Blackbirds scattered from the treetops, fleeing their nests. The footsteps were moving closer. It was circling him; he could hear it moving from all directions. His eyes shifted from side to side trying to catch a glimpse of his pursuer. Sam’s heartbeat hammered his insides. The sound was deafening. His feet scuffled over the ground, failing him, causing him to stumble and stop. He stood frozen as he watched the last glimmer of moonlight vanish, stifled by a sea of dark clouds.

Despair seeped through his veins like a slow-moving poison, choking out any hope from within. The darkness had become so impenetrable he could not see his own hands in front of him. Loud stomping, like a gallop, came ever closer, striking the ground with a deadly force.

Sam stopped breathing and his body tensed. The beast was massive, towering above him like a giant. It had large, seething, blood-red eyes that cut through the darkness as it moved closer. The area around them was bathed in a pale red hue that glowed in the moonlight.

Sam tried to swallow, but his tongue felt like sandpaper. He wanted to back away, run, but could not move. Frozen like one of those awful-looking statues in the city park, Sam watched the beast emerge from the trees. At first glance he thought it was a massive horse, except for the curling horns at the sides of its head. The creature’s hide was smooth and pitch black. If it was a horse it was the tallest horse Sam had ever seen. It had unnaturally long, thin legs, ending with long, branch-like clawed fingers instead of hooves. The beast moved with an eerie elegance despite its unusual-looking legs. But it was the face that made Sam’s skin crawl. Huge fangs protruded from its mouth, sharp and bloodstained. Its eyes were an empty, soulless crimson that glowed, but never blinked.

Willing himself to move, Sam felt his foot slide backward. Like a child taking his first step, he dragged his foot across the uneven landscape and began to slowly back away. The beast followed, its panting becoming faster and harder. Sam continued to back away as the monster advanced. He was about to turn and run when he heard it.

It was Sarah’s voice. It was faint, but where? She must be close by. He looked over his shoulder, scanning the surrounding area. But there was nothing there.

Sam turned to follow her voice when all of the sudden the trees that stood in his way disappeared. As if by magic the clouds parted and the moonlight seeped through the treetops, illuminating his surroundings once again. Sam looked around and saw a new pathway that cut through the forest. He turned and ran toward Sarah’s voice.

The beast roared into the night, filling the air with its rage. Sam ran as fast as he could. He could see just far enough ahead to follow the curving path. Dark shadows of the enormous trees sped past him. Galloping claws struck the hard ground, echoing loudly into the night as Sam ran for his life.

Sam sprang up in his bed. His eyes flung open. He was blinded momentarily by the light in the hallway. He twisted and turned in his sheets. His bedroom was usually dark except for the flickering street lamp that cast the occasional weak glimmer of light through his window. Sam was drenched in sweat and his heart was still pounding. He saw the lanky silhouette of his sister standing in the doorway.

Sarah, she was okay.

With her hands on her hips, she stood like a beacon of reality. Quickly, the bitter sense of normality that Sam was all too familiar with came rushing back to him. He had no doubt been dreaming again, and his sister had, unfortunately, witnessed it all.

“Are you okay?” she asked. “It’s the middle of the night! Are you trying to wake up everyone on the street?”

Sam wanted to die. This was going to be bad. The fact that he had had a nightmare was one more thing Sarah would add to her arsenal of verbal insults she liked to have on hand. Just because she was two years older than he didn’t mean that he was a child. Last time Sam checked thirteen was still a teenager.

“Well, for the record, you don’t look fine! You look like you ran a marathon. You’re a sweaty mess,” she said, and Sam could hear the aggravation in her voice.

He could only vaguely see Sarah’s face from where he sat in bed, but there was no confusing the look of someone wanting to pulverize you for simply being born.

“I’m FINE!” he said through gritted teeth, just wanting her to leave now. “You’re going to wake up Mom!”

Waking his mother was the last thing Sam needed. As it was, she rarely got any sleep working doubles at the diner. If she knew he was having recurring nightmares she would be worried. Actually, Sam was surprised Sarah had not told her already. But knowing Sarah there was probably some sinister master plan in the works.

Sarah slowly folded her arms in disgust and tapped her right foot loudly. “Well fine. I know better than to argue with an idiot. Besides, you have way too much experience at being one!”

Sam sighed and ran his hands though his hair, trying to remain calm.

“Sarah, the last thing I want to do is hurt you. But it’s still on the list. So please just leave!”

After Sarah left, the room went dark and things were quiet again. The street lamp had stopped for the moment. Sam sat motionless on his bed. Slowly his heart returned to normal, but he was cold now from all the sweat on his body.

He pulled the covers tight and gently lay back into his warm bed. His eyes fixated on the wobbling fan that hung directly above him. He could barely see it now, but he could feel the slight breeze that it provided on his face.

Why?
he thought. Why the same dream over and over again? Why was he in a forest? He had never been anywhere like that in his life. He grew up in the suburbs. The only forest he had seen had been on TV in one of those wildlife shows. Speaking of wildlife, what was up with that massive horse thing, and why was it chasing him? The dream had revisited him three nights in a row now, always ending in the same place. Was he going crazy? Would there be guys in white jackets and bad haircuts showing up soon to take him to a psycho ward?