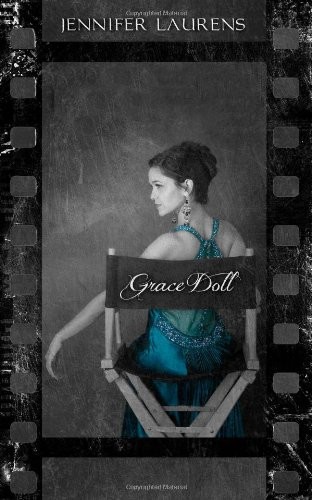 This is a work of fiction. Names, characters, places and incidents are a product of the author’s imagination or are used fictitiously, and any resemblance to actual persons living or dead, business establishments or locales is purely coincidental.

This book may not be reproduced in whole or in part without permission.

They wait for me, the crowd, like savages awaiting a sacrifice. They want me. What I am, what I have.

Before the limousine comes to a stop, I see searchlights beckoning through endless black sky. Screams and shouts fog the night. Police, strung together like paper dolls, hold back the pressing hordes from the blood red carpet cutting through the carnivorous swarm.

“Sizzle, darling. Sizzle.” Rufus’ smoky breath warms my neck. His black eyes nail me with a threat he’ll deliver on later if I don’t do what is expected. With the simple thought,
action,
I take a deep breath and, on cue, prepare to do what he wants: perform.

After plucking the slim cigar from his lips, Rufus extinguishes it in the ashtray. He slides across the leather upholstery upon which we sit and readies for the door to open.

Smile in place, I prepare for the onslaught.

Rufus slips out first. His reception is the cheer for presidents and kings. His towering stature, white suit, black hair slicked back makes him look the part that he is: ruler of Hollywood’s BMB Studio.

He waves, then extends his hand to me.

A fast hush blankets the crowd. My heart pounds. I should feel like a princess, I’m Hollywood royalty. But I’m seventeen, living a lie. It never gets easier, being lusted after. Coveted. What once cloaked me with vanity now causes bile to race up my throat.

Hand in Rufus’, I step out of the car.

The air erupts with a roar that shakes my body like an earthquake.

My white gown, covered in glimmering beads and pearls, spills to the red carpet stretched out at my feet. A million flashbulbs pop. The smile I wear is pristine. Flawless. Just like he wants. Questions fire from my right. Left. Slips of paper wave like thousands of white flags, pleading for my autograph. Tears stream from weeping eyes, from faces twisted in cries for me to touch them.

Rufus’ hand anchors around my waist and we begin the walk toward the entrance of Grauman’s Chinese Theater. With each fluid step, the glimmering gown shoots diamonds of light into twisted faces, mouths open—screaming—as I pass.

A man leaps through the police barricade, lunging at us. Fear grips me. My name tears from his throat. Rufus snarls and tucks me into his side. He quickens our pace. The stranger is surrounded by police and dragged away, his screams for me swallowed up in the liturgical chanting of my name.

Near the door, I turn one last time as instructed, granting those gathered a final smile. The wave of bodies crushes toward me, my name lost in their cries as people push, fall, and trample for one last glimpse.

Whisked inside the lobby, the glow of my dress fades in the dim light now surrounding us. Heavy doors close with a final thud. Outside, the chant begins again.

Rufus escorts me to our VIP seats, center section twenty-three rows back. Whispers skitter on perfume-sweetened air. Eyes pierce me with swords of jealousy, loathing, and envy—weapons in Hollywood. Rufus speaks in low tones to a few chosen individuals he deems worthy of his attention—Cary Grant, Katharine Hepburn, director Louis Perry—then he sits beside me, legs crossed, elbows propped on the arm rests, fingers steepled at his mouth.

I focus my gaze on the stage and closed red curtain. Excitement for a premier has long been extinguished by reality. I’ve sat through hundreds of dailies, I know what to expect from the final product. If one frame of this picture does not meet with Rufus’ liking, I’ll be punished. Fear lances what’s left of my soul.

Lights black out. The crowd hushes. Next to me, Rufus’ energy surges like a cobra, erect and ready to strike. Music haunts the air. The curtain parts, sweeping to the sides of the stage. Opening credits flash onscreen: Rufus B. Solomon presents,
Paradise Found
.

In a few moments, I see myself: Laughing, enjoying life—flirting with my costar Douglass Winston—who’s flirting back. Seeing myself pretending to be happy takes me away from reality. Acting always does. An escape that has saved and sustained me through my personal hell. I don’t recognize my own laugh—the sound foreign in my private life, unless I’m performing. For a moment I wish I really was the character on screen.

When it’s time for my co-star to kiss me I watch Rufus in my peripheral vision. His jaw knots.

After the picture, I remain dutifully at Rufus’ side, tirelessly smiling, cordial, lady-like. Even though I star in the film, this is his moment, not mine. I am his creation first, actress second, human being third. I coo, skim his arm, bat lashes, and when Frank Bergman, president of Bright Studios—BMB’s biggest competitor— greets us, I make sure my smile dazzles. Frank sweeps me from head to toe with greedy eyes and Rufus’ arm tightens around my waist as Frank moves onto to greet others.

From across the theater, Laura Lainhart’s brown eyes fire at me. She’s owned by Frank Bergman. She belongs to Bright Studios. Rufus, catching my gaze says, “She’s getting fat. And old. Her days are numbered and she knows it. Something you’ll never have to worry about, my darling.”

She’s only twenty-five, I think with a shudder. And she doesn’t look fat, or old. I idolized her once. Secretly, I empathize with her.

We both signed our lives away.

I’m shocked when Rufus leads me in her direction. She’s standing with her husband, Douglass Winston—my costar—the actor recently shamed, clinging to his falling star after a drunken scandal he fell into after our film shoot ended, an incident Rufus will never forgive.

“Rufus.” He and Rufus shake hands. Douglass waits for a compliment that will never come. After an awkward pause, Douglass’ attention shifts to me. “Darling, Grace.” He leans and kisses my cheek. Heat flushes up my neck. Douglass is braver—and more stupid—than I thought. A move like this will cost him his next job—at any studio. “You were marvelous. Absolutely breathtaking. As usual.” Douglass’ eyes, hard now, shift back to Rufus.

Rufus’ body stiffens like a statue. I’m certain Rufus will blame me for Douglass’ kiss, because I am certain Douglass has plunged his weapon at Rufus, kissing me to prove that he can work in this town with or without Rufus’ blessing.

“Be sure you’re well stocked with gin in the unemployment line, old chap.”Rufus’ tone is slick as tar. “Laura. You’ve put on weight.”

“I wasn’t aware Frank was shooting a film about pigs.” Rufus slides his gaze to Douglass for one last piercing stare.

He grips my elbow and whisks me up the aisle, through mingling well-wishers. Pain fires up my arm, but I smile and nod, and accept compliments without a hitch. We continue strolling through accolades, accepting the confetti of compliments as the parade continues toward the exit. The open double doors should bring relief. They don’t. My blood chills waiting for what the rest of the evening will bring.

I Served the King of England by Bohumil Hrabal
How the Soldier Repairs the Gramophone by Saša Stanišić
Vendetta (Legend of the Ir'Indicti #4) by Suttle, Connie
Mark of the Princess by Morin, B.C.
Boss by Ashley John
Balto and the Great Race by Elizabeth Cody Kimmel
Silk Stalkings by Diane Vallere
The Accident by Kate Hendrick
Ghosts of the Pacific by Philip Roy
You Don't Own Me: A Bad Boy Mafia Romance (The Russian Don Book 1) by Le Carre, Georgia