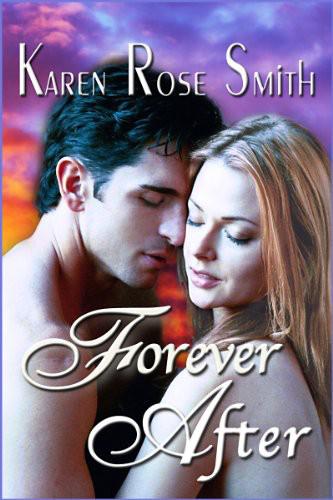 This is a work of fiction.  Names, characters and incidents are either the product of the author's imagination or are used fictitiously.  Any resemblance to actual events or persons, living or dead, is entirely coincidental.

The man was shirtless, sweated, and built.

Darcy Kearn slipped behind the service counter, thinking if she'd been at the beach, she'd have taken the time to enjoy the sight.  Broad shoulders, lean hips, biceps that looked as if they'd been honed by physical labor.

But she wasn't at the beach.  This was her automotive shop, and from the looks of her most recent arrival, he was frustrated...and angry.  Impatience radiated from his glistening half-naked body as he scowled at the two partially dismantled vehicles in the service bays.

Her head mechanic had already informed her the man refused to accept the fact they couldn't repair his car until Monday.  It was moments like these she'd rather be working on an engine than soothing ruffled feathers.

The stranger glanced at the service desk and stalked toward it like a man on a mission.  As he approached, her gaze homed in on his chest.  Black curly hair, damp with perspiration, formed a T.  Tendrils wisped around dark male nipples, then arrowed in a long thin channel to the waistband of navy shorts.  He was lean enough that the definition of his ribs was clear.  The whorl of hair around his navel tempted her to look lower.  Her stomach fluttered and she yanked her gaze upward.

Her eyes swept over a strong chin to smoky eyes...and stopped.  She'd never seen such intensity in a man's eyes.  That first look into them was a shock--like her first taste of a hot pepper or her first spring off a high dive.  They swept over her as if trying to learn everything about her in a few seconds.

Suddenly she wished her overalls were something more alluring and feminine.  Irritated by the thought of silk or lace in a garage, she spoke crisply.  "I'm Darcy Kearn.  May I help you?"

The man mowed his fingers through his thick, sable hair.  "You're the owner?"

At five-foot-three, she was used to physically looking up to men.  But with this man she felt she needed five inch spikes to equalize her position.  She squared her shoulders and marshaled her forces.

"Yes.  I'm the Kearn in Kearn's Automotive Repair.  May I help you?" she repeated.

He scanned the service area, assessing the space and equipment.  "You were the only garage in the area open this late on a Friday, and you're the only one open tomorrow.  I need my car as soon as possible.  How much do I have to pay to get it on your roster first thing in the morning?"

Somehow, Darcy held on to her rising temper.  "We don't work that way Mr..."

Hallaran.  Hallaran.  The name bounced around in her head while she tried to place it.  "Mr. Hallaran, we're booked solid.  Memorial Day last weekend backed us up, and with regular customers needing inspections--"

She gave up trying to place his name.  Whoever he was, he was used to getting what he wanted.  Well, not this time.

If he wouldn't listen to reason, he could just take his fabulously virile, bronzed body and his car to someone else's garage.

"Mr. Hallaran, you're welcome to take your car elsewhere if you'd prefer not to wait until we can fit you in."

The pulse low on his jawline worked rapidly as his voice rumbled with restrained anger.  "That's difficult since it won't run on its own and I had it towed here.  Now it's your responsibility."

Darcy suppressed a sigh.  Why did her customers think she was an all-powerful mechanical wizard?  In this day and age with computers running almost everything, she could only do so much.  She stepped from behind the counter to look out the window at his state-of-the-art, cobalt-blue sporty car hanging from the back of the tow truck.  Slowly, she counted to ten, recalling how her father had taught her humor and patience were more profitable than a careless tongue.

She turned and faced him.  "Mr. Hallaran, did you have your tonsils out?"

"I just wondered if the doctor removed your patience and good humor as well."

For a moment he looked as if he wanted to shake her.  Then his scowl disappeared and he laughed.  A loud deep laugh that rumbled to her toes.  She realized he wasn't angry with her, but at the circumstances that had brought him here.

The laugh diminished to a chuckle as he shook his head.  "I'm sorry if I was rude.  I never expected to puncture a gas tank.  I didn't have a cell signal where it happened and I had to walk a mile in this heat to get one. Then I had to wait forty-five minutes for the tow truck.  And you stand there looking as cool and casual as a fresh strawberry."

"Is that your idea of a compliment?"

He grinned.  "Not usually.  But with those freckles and red hair--  I'm really bungling this, aren't I?"

"You'd better stop while you're ahead."  She couldn't suppress a smile.

He stepped closer until she could smell musky male.  One pulse chased another until all of them sounded in her ears.  She took a step back.  Intimidation was one thing, sheer male power was quite another.

He cocked his head.  "Look, Ms. Kearn.  I'm sorry if I insulted your business ethics.  I'm used to city politics and practices.  I recently moved here, and Hershey's still unfamiliar to me.  That's one of the reasons I need transportation."

He had charm.  She'd give him that.  And he knew when to use it.  But that didn't change anything.  "Even if I could fit you in tomorrow morning, which I can't," she emphasized, "I don't have a new tank.  I won't be able to get one until Monday morning.  I can give you the number where you can rent a car."

Seth frowned.  Something in Darcy Kearn's eyes, the honesty in her voice, tiptoed across his soul.  The sensation rattled him and he reached for a suave comeback.  But one wasn't there.  He stared at her until he regained his composure.  Honesty?  Since when had he met a grade A honest woman?

Suddenly, the outside door opened with a bang.

The man's suit was expensive, the cigar in his mouth imported.  His pot belly almost hid his gold belt buckle and his face was contorted with anger.  Seth was instantly on the alert.

The newcomer was sweating profusely as he headed straight for Darcy, flicked the cigar from his mouth, and bellowed, "I told you I wouldn't pay another mechanic for something he didn't fix right.  That ### air conditioner shut off over in Palmyra!"

Instinctively, Seth stepped closer to Darcy and was surprised by the fragrance of a flowery perfume.  Why the devil did she wear that in a garage?

An odd protectiveness he hadn't felt in a long time put more menace in his voice than he intended.  "The lady doesn't appreciate your tone or your language."

The grey haired man stared him down.  "I don't know who you are, but if you're part of this business I'll sue you too.  I want that air conditioner fixed and if it's not done right this time, I want my money back.  You people seem to think you can charge an arm and a leg without doing a minute's worth of work."

Mr. Pickering switched his gaze to her.

"I know this is inconvenient for you.  But I told you the air conditioner on your car was unfamiliar to us.  Steve made the corrections he thought were necessary, but we'd be happy to look at it again."

Seth couldn't believe the change that came over Pickering as he stared at Darcy long and hard and her gaze didn't waver.  The belligerent expression left his face, and he looked almost contrite.

"All right," he agreed.  "I'll give you another chance.  But I won't pay three times to have the same thing fixed."

She smiled patiently.  "We wouldn't expect you to.  Of course, we'll look at it free of charge."  Her voice was calm and certain.

Pickering hazarded Seth a glance.  "I'll bring the car back on Monday.  I need it this weekend, with or without air conditioning."  He stuffed the cigar back in his mouth and exited as loudly as he'd entered.

Darcy moved to the back of the service desk.  "I didn't need your interference," she said in a low voice.

Seth was as surprised at her tone as he was at her words.  Interference?  Most women would thank him for stepping in.  "He could have become even more abusive than he was."

"I can handle Mr. Pickering.  Before he came to us, he'd had several bad experiences with service departments.  He's a sales rep and spends most of his day in his car.  He needs that air conditioning."

The longer Seth was in this woman's company, the more she intrigued him.  She seemed capable of handling any situation.  But that didn't mean she couldn't use help.  Legal help.  In case the blustering man's threat wasn't in vain, Seth pulled his wallet out of his back pocket and extracted a business card.

"If Pickering makes good his threat or gives you trouble, call me.  We can do something legally."

She accepted the card and read it.  A strange expression crossed her face.  "That's where I heard your name!"

"You're a lawyer.  You're representing Brad Winston."

"His ex-wife is my best friend."  She looked up at Seth, her eyes filled with accusation.  "I can't believe you took his case.  He doesn't deserve to have custody of his daughter.  Marsha has taken care of Jenna, paid Brad's debts--"

Seth cut in.  "Obviously your view is biased."

She blew out a breath as if struggling with her patience.  Her cheeks were as rosy as her voice was agitated.  "I'm a lot less biased than you.  You don't know Marsha or Brad or Jenna.  How can you dream of taking a little girl from her mother?"

"Just a minute.  From what Winston tells me, he has cause."

Seth had only agreed to consider Winston's case last week, not take it on as yet.  But if what the divorced man had told him was true, he had grounds to fight for custody.  If Darcy and Marsha Winston were best friends, Darcy was probably blinded by loyalty.  Seth had seen that happen many times.

"It looks like we're on different sides of the fence."

Darcy lifted her chin.  "It doesn't matter if we are."  Her fiery, shoulder-length hair was incongruous with the overalls decorated with swipes of grease.  One smudge smeared a particularly enticing spot on her left breast.  "Yes, it does."

He lodged one hip against the desk in a relaxed pose, though he felt far from relaxed, wondering if she was as soft as she looked beneath that smudge.  "I'd like you to go to dinner with me tonight."

"Why not?  Is it the way I'm dressed?"  He felt her eyes as they passed over his chest.  Desire pulsed.  He couldn't remember a woman's gaze ever doing that to him.