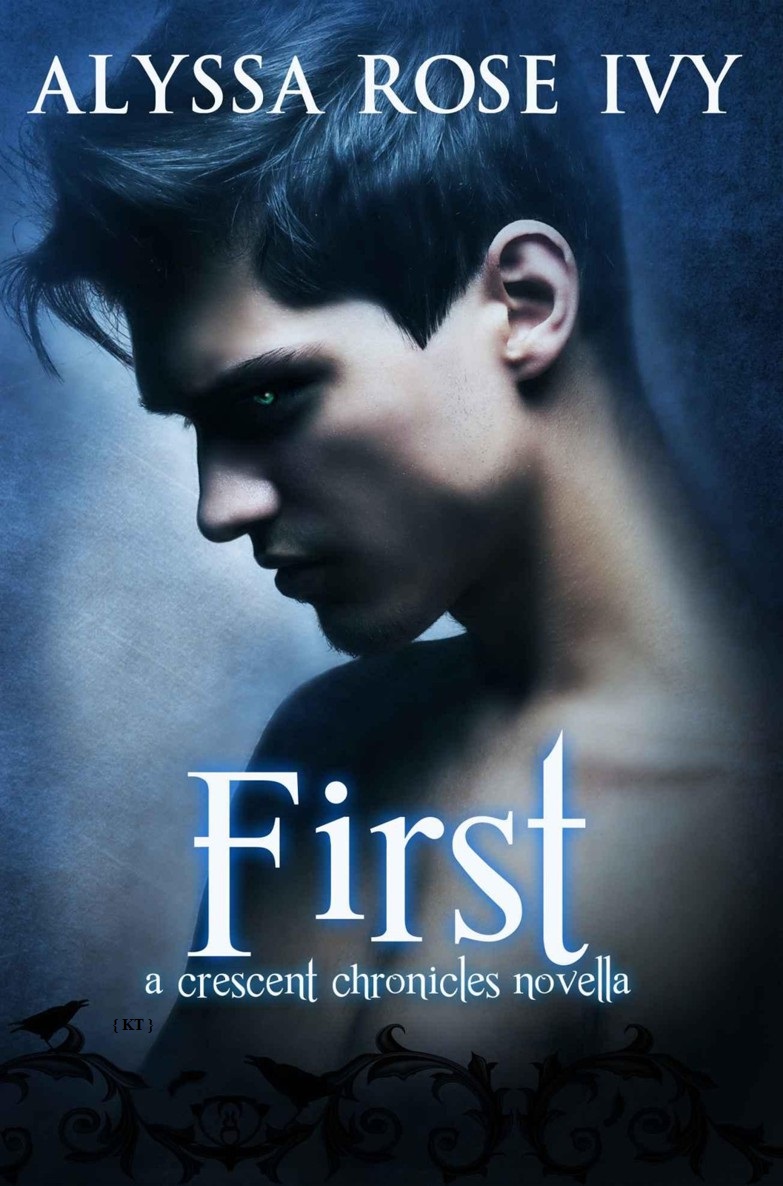 All rights reserved. No part of this publication may be reproduced, distributed, or transmitted in any form or by any means, or stored in a database or retrieval system, without the prior written approval of the author.

Cover Design: Once Upon a Time Covers

Other Books by Alyssa Rose Ivy

The Hazards of Skinny Dipping (Hazards)

To my readers: Thanks for taking this journey with me.

“Looks like tonight’s activity just arrived.” Jared’s comment made me snap my head up from the bar. The only activities my friend cared about involved girls—he had my attention.

It didn’t take long to see what caught his eye. She was gorgeous—especially those long tan legs that were shown off nicely in the short yellow dress she wore. Slim but clearly athletic, I could only imagine how much fun she’d be.

I finished off my Jack and Coke, slamming the empty glass down on the mahogany bar. The new guy who’d bought the place had gone to town on the hunk of wood. I doubted he had any idea that the hotel he’d purchased housed a hell of a lot more than rooms, food, and booze.

The girl walked around the lobby like she owned the place, her eyes taking in every detail. Finally they found me, and I got a look at her bright green eyes. I gave her my trademark smile. It worked every time. She smiled back, and I nodded, telling her to come over. I thought she was going to, until she shook her head and kept on walking. She didn’t even give me a second glance. What the hell?

So focused on her retreating figure, I was barely aware of Jared talking. “I call dibs on the blonde.”

“Blonde? She was a brunette.” He must have been losing it.

My other friend, Owen, laughed. “There were two girls, Levi.”

“Oh, I only noticed the one.” Had there really been someone else with her?

Jared smirked. “You seriously didn’t notice that blonde? That top didn’t leave much to the imagination.”

“Did you see where they went?” I really didn’t care about the blonde, but I had to find Miss Legs. I couldn’t believe she’d blown me off like that. Maybe I was right—she was going to be a lot of fun.

“They’re probably in the courtyard.” Owen yawned. He seriously worried me sometimes. A girl dumped him, and he’d practically been a monk since. The guy needed to get laid. Jared and I were going to have to try harder to get him out there.

“I could really use a night with that one.” I turned to Owen. Our taste in women had always been more similar. Jared only went for busty blondes, where as I wanted the brunettes with the long legs. A nice chest didn’t hurt—not at all, but a short skirt on the right girl could drive me crazy.

“I noticed her.” Owen’s small smile would have been enough for me to let him have her usually, but this one was for me.

“I’ve got to find her. She might even be worth a second night.” Or a third.

Jared finished his drink. “We’ll find them, but we need to get moving. Your dad’s going to get pissed if we’re late.”

“Yeah, I know.” I left a twenty on the bar and took one last glance around to make sure she hadn’t changed her mind and come back, before I walked over to the elevator. I smirked at the weird bellboy that was always staring at us. He took a step back and lowered his eyes.

Once the doors shut, I inserted the key card and pushed the button for the basement. The central offices and chambers of the Society were housed on a level of the hotel that wasn’t supposed to exist. It was better for everyone if humans didn’t go looking for us. When you’re a prince of a supernatural society, you understand the importance of keeping some things secret.

“What do you think he wants us for this time?” Jared asked, leaning back against the wall.

“Like I’d know, but he didn’t sound happy.” I listened to one message, but it was only the latest of many. My dad’s calls were always the same. Either I’d done something wrong, or I was about to do something wrong.

Jared stuffed his hands in the pockets of his jeans. “I guess we’ll find out.”

The elevator doors opened, depositing us into a room that would be dark for the average person, but we had no problem seeing. One of the benefits of being a Pteron was perfect night vision. I pushed open the doors, and we headed toward my dad’s office, which was located just off the main chamber.

I knocked on the door loudly. “Who is it?” Dad called.

I knocked one last time just to be a pain. “Who do you think?”

“Come in, Levi.” His low, gravelly voice always sounded pissed when he talked to me.

I walked in, Owen and Jared followed behind.

Dad didn’t glance up from the paperwork on his desk. “Close the door.”

Jared slammed the door harder than he needed to. The action wasn’t lost on my dad. He finally dropped the paperwork, and his glare had Jared standing up straighter.

“What are you talking about? We just met last week.”

“I called an emergency meeting last night.” He ran a hand through his gray hair. At one time, it had been the same shade of brown as mine, but time, or too many years as the King of The Society had aged him.

Shit. I should have listened to the other messages. “Yeah, well, I didn’t know.”

“Is that all you have to say for yourself? Twenty-two years old, and you behave like a child.”

My dad never minced words, but he usually kept his cool. Things had to be serious for him to be flipping out on me in front of my friends.

“It better not.” His icy stare left little doubt he was serious.

“What did you discuss?” I shifted uneasily from foot to foot. Only my father had the ability to make me nervous. Most people were afraid of me or kissed up to me to get what they wanted. There were only four exceptions. Owen, Jared, and my parents.

“The Blackwells. There’s talk of a takeover attempt.”

“Like those Yankees could do anything,” Jared spat. He never kept his mouth shut, not even in front of my father.

“Has your father taught you nothing, Jared? The second you start underestimating your opponent, you’ve lost your advantage.”

“Yes, sir.” Mentioning Jared’s father usually had that effect. His dad was essentially the head of security for my family. We’d spent many nights getting wasted and talking about how much we hated our fathers. Neither of us would ever live up to their expectations.

“So what’s the plan?” I slunk down in a high back chair. This could take a while.

“The plan is that you grow up and find a girl.”

“This again? I’m not ready. Just because you and Mom got married at twenty doesn’t mean I have to do it.” I looked for a mate once and all it brought me was heartache. What was the point of torturing myself again? I’d put it off as long as I could.

“You’re not twenty. You graduate college in less than a year; it’s time to stop chasing after everything in a skirt. Find someone worth your time.”

“What does this have to do with the takeover attempt?”

“Don’t play stupid.” His cold blue eyes locked on mine.

“No one cares whether I have a mate. They know I can have a kid, it’s not a big deal.”

He cracked his knuckles. He only did that when he was particularly worried.

“I’ll take a mate when I meet the right girl.” I leaned back in my chair and stretched out my legs. Getting angry wasn’t going to help the situation, but I was tired of this bullshit.

“You can’t find her unless you look.”

“He does plenty of looking,” Owen mumbled under his breath.

“Looking for a mate is different from looking for a girl to jump in bed with. I’d have thought you’d understand that, Owen.” Dad really liked to get you where it hurt.

“You told me I have until graduation. That’s months from now.” I planned to enjoy every last day of my freedom until then, starting with tonight. I needed to get out of the meeting so I could find the girl.

“Building a relationship takes time. Do you expect to meet someone and bind yourself to her the next day? Don’t wait too long.”

Jared sniggered. He went through women faster than I did.

“I’m tasking you two with making sure it happens. We all have a lot to lose if Levi can’t keep his pants on long enough to find a worthy girl.”

“Can we please talk about the real plan? The one that doesn’t involve my sex life.”

Dad leaned his elbows on his desk. He looked tired. “All we can do is stay alert and make sure our own ranks are loyal. If things come to blow, we can’t have any mutiny from within.”

“I’m guessing my dad’s already on that?” Jared asked.

“Yes. But I expect you all to do your part.”

“Will do, sir.” Even Jared knew that pushing my dad could have dire consequences.

“Good. Now get out of here. I have better things to do today.” He went back to the paperwork. I wondered if it was anything real, or just an excuse to look busy.

“Bye, Dad. Great talking to you.” I got the hell out of his office and back to the elevator. I was angry, and I could feel the transformation wanting to happen. I relaxed and pushed it back. I had other things to think about, namely Miss Legs.

Carrion Comfort by Dan Simmons
Your Number by J. Joseph Wright
Burn by Julianna Baggott
Safe Food: The Politics of Food Safety by Marion Nestle
Lifting the Sky by Mackie d'Arge
The Red Rose Box by Woods, Brenda
Murder of a Snob by Roy Vickers
THE HEART OF DANGER by Gerald Seymour
Renegade by Nancy Northcott
Bound by the Viking, Part 2: Compelled by Fawkes, Delilah