Read Fire Me Up Online 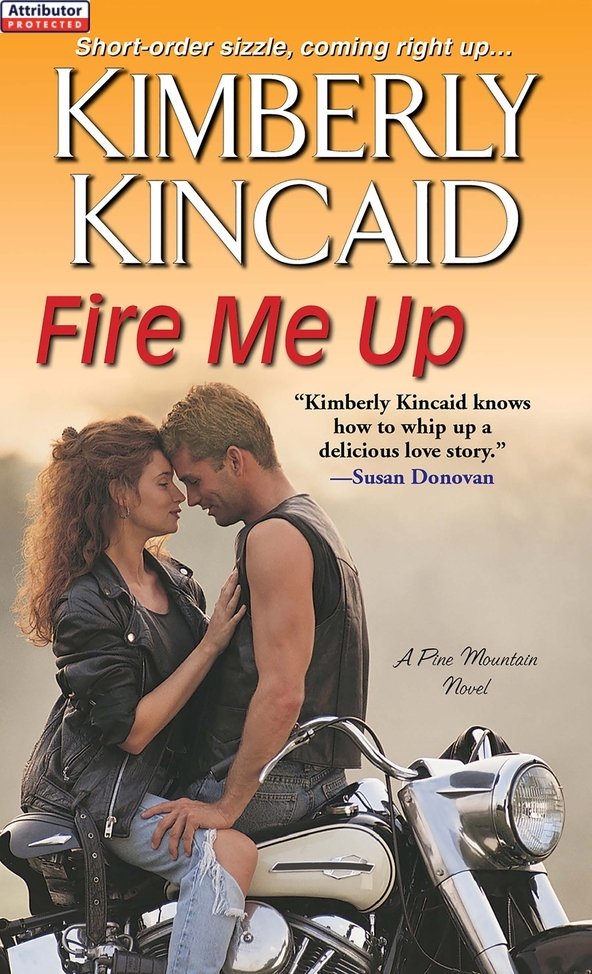 “YOU ARE STUCK WITH ME IN HERE, RED.”
For a second, she couldn't move, couldn't think, couldn't breathe. But then she dropped her eyes to Adrian's finger, still hot on her lips. She reached up to wrap her hand around his, moving it from her mouth as she stepped in close enough to erase any daylight between them.
“Did you just
shush
me so you could say your piece?”
Adrian paused, his body going rigid against hers even though his gaze didn't waver. “I guess I did.”
“Mmm.” Teagan pressed up on her toes, relishing the taste of his shock as she brushed her mouth over his. “I'll let you slide exactly once, but if you make a habit of it, you
will
be sorry.”
He drew back, but only enough to pin her with a wide-eyed stare. “You're going to let me help you?”
Something that had no name loosened in her chest, and she felt her body slowly unwind against the strength of his frame as she tucked herself into his left side. Suddenly, it didn't matter that the words bubbling up from inside her were ones that would normally scare her to death. Right now, for the first time since she'd walked into the Double Shot to find her father half passed out behind the bar, Teagan wasn't scared at all.
“Yeah, Superman,” she said, wrapping her arms around the broad expanse of Adrian's shoulders and holding on tight. “I'm going to let you help me.”
Read all of Kimberly Kincaid's Pine Mountain series
The Sugar Cookie Sweetheart Swap
(by Donna Kauffman, Kate Angell,
and Kimberly Kincaid)
Â
Turn Up the Heat
Â
Gimme Some Sugar
Â
Stirring Up Trouble
Fire Me Up
KIMBERLY KINCAID