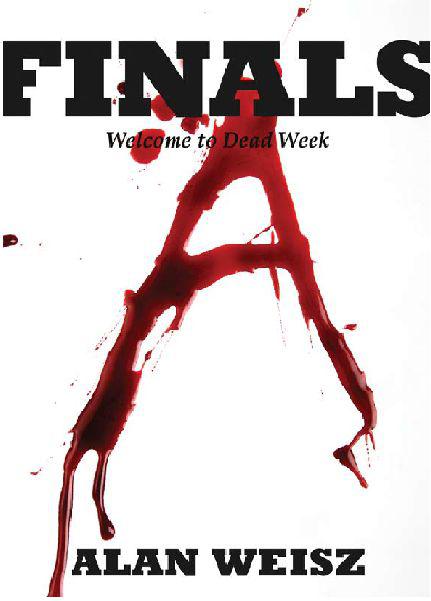 C
rawling out of bed most mornings doesn’t come
easily to
me, but this was not a typical morning. I
usually
dreaded heaving myself out of bed so I could head into the shower only to find my roommate’s disgusting body hair blanketing all three walls, but today
,
as the hot water assault continued
,
the only thought racing through my head was my urgent need to get to campus.

Once fully clothed, I darted over to the University of
St. Elizabeth
, the private Catholic university I
attend
, in hopes of finding an unscathed edition of
The Gazette.
Currently, I’m the assistant editor-in-chief and although my only child tendencies give grounds to my vanity, I rarely gloat over my work.
But
today I was eager to sit back and examine the fruits of my labor because this was no ordinary article. Blood, sweat and tears had gone
into
this project.

The first building you find on campus once you pass the parking lot is the university’s snack bar
, known as the
Round Table, an ideal spot for off-campus coffee addicts who require caffeine to start the day. Despite my pressing desire to head for the news rack and snatch a paper, I refrained momentarily and instead greeted the lone barista with a hearty “Howdy-do.” At 6:30, the Round Table was virtually empty, so once I had my Irish
cream
latte
,
I grabbed a
Gazette
from a nearby rack
and found a suitable table near the back of the room.

With my feet up, I flipped to the front page and excitedly began reading.

“
Mystery and Mourning Hit St. Elizabeth,”
the title read as I started on the introductory paragraph. “Senior finance major, Brent Crane, was found dead in the library’s downstairs men’s restroom early Tuesday morning. Portland police and St. Elizabeth officials have not disclosed many details about Crane’s death but certain information is very clear. Sophomore Tommy Waters was the first to find Brent face down in the library bathroom.”

Tommy was still shaken up about the mess when we spoke, but he was able to give me a few decent quotes. “Brent’s blood covered the entire room. My stomach felt queasy when I saw his limp body sprawled out on the floor. His blood filled the bathroom like an overflowing toilet. I have no words to describe it.”

I skipped the rest of Tommy’s melodramatic reenactment of the scene. Not that it wasn’t worth reading, but I was familiar with the traumatic tale. I didn’t need to go through it once again.

“
Paramedics on the scene stated the cause of death was a severed carotid artery on the right side of Crane’s neck. Due to substantial blood loss, the paramedics were unable to save him
.
The Portland Police Bureau have not
identified a suspect, but have released a statement that the department is keeping
all possibilities open until more evidence is gathered.”

The story continued for about another page, mostly commentary about Brent’s life as well as information about his funeral service. His parents and a few of his friends gave statements. “Brent was a great friend. He seemed perfectly sound to me. I can’t image that he would kill himself,” stated classmate, Sasha Ortiz. One of Brent’s professors said that he was “Well liked amongst his classmates. He was an excellent student and will be missed by the whole St. Elizabeth community.”

I couldn’t help but
snicker
as I read
that
last sentence. I highly doubted the whole community would miss Brent. In fact, if more than ten people
show
up to Brent’s funeral service
,
I’ll be shocked. The God’s
honest truth
is
that Brent was a douche. This pathological liar, this narcissistic
,
sexist pig was a living virus waiting to inflict damage. Like a Kevin Federline track on an iPod or a hairy upper lip on
an otherwise
beautiful woman, there was no place on Earth, let alone on the campus of St. Elizabeth, for this walking plague.

As I took one last gulp of coffee, a warm sensation coursed through my veins. The feeling may have been joy or
a
sense of achievement, but it definitely wasn’t guilt. I was happy to be rid
of
Brent
,
and I’ll tell you, if I had
it
to do all over, I would concoct the same scheme and kill that dick again in a heartbeat.

I
met Brent freshman year. We both lived in Andrews Hall, the one co-ed dorm on the west side of campus. Brent and his roommate Scott were only a few doors down from me. That first year, I roomed with a kid named Dewey Chaps. Dewey was a drama major and not to be stereotypical, but we both knew within mere seconds of meeting one another that we weren’t going to be pals. Unlike the thespian, I did get along with Scott and Brent rather well. Both were nerdy, had gratuitous amounts of electronic equipment, played sports, and had a lust for powning bitches at
Halo
.

It may be hard to believe, but Brent and I were an inseparable duo my freshman year. We were both finance majors so we would go to class together, do our homework, and then go hang with Scott and his girlfriend in their room. It was a carefree year. There were no problems, schoolwork was easy, our social circles were developing, and it seemed we were beginning to build lasting friendships.

Looking back, I knew Brent had some faults
;
we all
do
. I just never imagined he would be capable of performing certain feats later in our college careers that would lead to my decision. Then again, I doubt Brent ever imagined I would kill him in the men’s restroom either.

As sophomores
, Brent, Scott and I were elected to the Andrews
Hall Student Council.
I was the treasurer
;
Brent
,
vice
president
;
and Scott, the secretary. The president, a guy named Gavin Jones
, happened to be my assigned roommate that year.
Gavin was outgoing, friendly and completely bipolar.
His moods swings
were as frequent
and diverse
as wardrobe changes on
Sex and the City
.
Since I was able to endure the scene queen’s ever-changing temperament, the living situation was bearable.

The reason Gavin won, or the most likely reason he claimed the presidency, was due to pity.
My roommate
suffered from a mild case of
Hemophilia
A. He would
bring up
his
medical
condition constantly to friends, professors and anyone within earshot. He bruised easily
,
but because he took
the synthetic
hormone
replacement Desmopressin
(DDAVP
),
he stayed in check.

A few weeks before school ended freshman year, Gavin somehow managed to cut his thigh
on a wrought-iron fence trying to shortcut his way back to the dorm one night. I was the one who
found him
on the ground, faint and writhing, not because of pain, but due to his fear of dying from blood loss. One ambulance trip later, the ER doctors reassured Gavin he’d live. When he
was
released the next afternoon, he
returned to the dorm
just as the class
elections
were winding down. For the most part everyone in our dorm rallied around Gavin, welcoming him home. It was almost impossible, even
if you didn’t like Gavin
,
to not vote for the
hemophiliac. His win wasn’t so much
a landslide
as it was an excuse to rally around
the
weak, but regardless of how he arrived at his seat, he was still one of the men of the Andrews Hall Student Council.

I mention hall council because this is when I first discovered Brent’s diabolical side. As a freshman, I learned Brent was an avid liar but it mostly consisted of telling girls exaggerated tales at parties, which I didn’t mind so much. Besides, everyone lies; it’s one of those unwritten facts of life. What I didn’t realize at the time, was how useful this skill could coincide with his ability to manipulate others.

The Mr. Andrews contest was an annual event orchestrated by hall council every spring semester. This glorified male beauty pageant had contenders walking around in Speedos, lifting weights and debating how best to achieve world peace. Gavin’s job was to select the location and arrange the set, a relatively easy task that wouldn’t involve much human interaction, thus making it an ideal job for him. My job was collecting the revenue from the contestants, as all the money was to be given to the selected charity of choice. Besides showing off their goodies, the guys had to fundraise. This year the proceeds would be sent to Bangladesh or some other impoverished nation to improve their quality of life by building a well. But more likely, it would be used to purchase ammunition for their artillery stash or cocaine.

Brent was responsible for collecting donations as well as purchasing raffle prizes and rewards for the contestants. The Andrews Hall Student Council allocated a few hundred dollars for prizes, so logically I imagined they would be bomb, but I was incorrect about my assumption.

The event took place in St. Victoria’s Theater, the only stage on campus where such an event could be held.
The boys strutted their stuff, in both the literal and figurative sense, and overall the pageant turned out to be quite a success. However, I was baffled when most of the raffle prizes turned out to be cheap DVDs with the top prize to the pageant winner being a twenty-five dollar gift card to a local pizza joint.

After assisting Gavin with cleanup, I headed back to Andrews Hall to question Brent about his frugality. The door ajar, I found Brent with his feet up watching a movie on his computer with Scott.

“
Dude,” was the only thing out of my mouth before Brent cavalierly tossed me a palm-sized box.

I fumbled the box but caught it before it dropped to the floor.

“
It’s awesome, man. The prizes were all donated. My friend at Freddy’s gave me a stack of DVDs, and Luigi’s donated all the gift cards. I kept some so we can order enough free pizzas to last the semester,” Brent said, never taking his eyes off the computer screen.

“
Brent and I knew you needed an iPod, considering you’re living in the 20
th
century with that hunk of metal you call a ‘Walkman,’” Scott chimed in.

“
If you look at my desk you can see that I wasn’t too selfless,” Brent said, letting out a laugh.

I couldn’t believe I had missed seeing it when I first entered the room. A Bose stereo system, the one Brent had let slip he wanted as recently as last week, was now sitting on his desk alongside a stack of textbooks.

“
Oh, you and your trivial pursuits,” Brent replied, shrugging off my question. “Money is no object to those of us on the Andrews Hall Student Council.”

“
You forget that the hall director has to initial all of our receipts. I believe he’ll notice we purchased an iPod and a massive sound system,” I countered, perturbed by his arrogance.