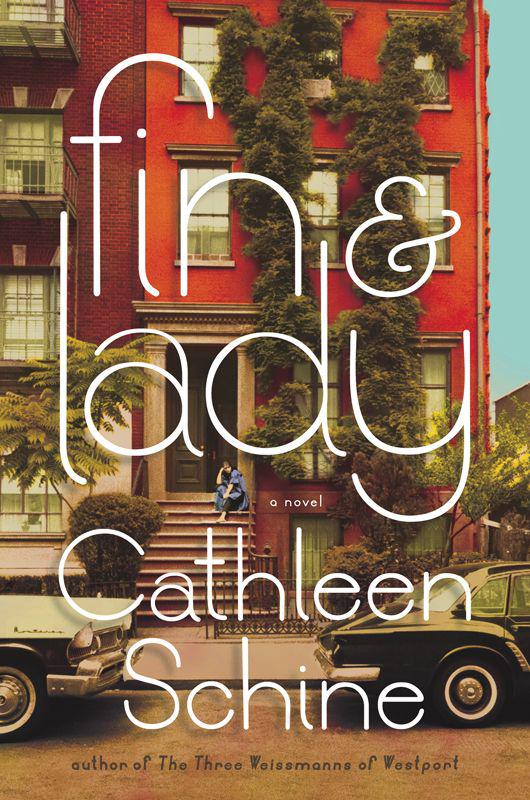 “All because the
Times
has no funnies”

“Never tell a child what he can learn for himself”

The Italian Word for Hedgehog

“Where has everyone got to?”

He knew his mother was sick. He knew she went to the hospital to get treatments. He saw the dark blue lines and dots on her chest.

She sang “Popeye the Sailor Man” and raised her skinny arms as if to flex her Popeye muscles, to make him laugh.

He knew she was sick. He knew people died. But he never thought she would die. Not his mother. Not really.

Lady came to the funeral, an unmistakably foreign presence in the bare, white Congregational church: she wore large sunglasses and wept audibly.

Fin’s neighbors, the Pounds, who raised big, thick Morgan horses, had been looking after Fin since his mother was taken to the hospital.

“I’m sure your mother knew what she was doing,” Mr. Pound said doubtfully when he saw Lady Hadley approach, her arms open wide, a lighted cigarette dangling from her lips.

“I don’t think she had much choice, dear,” Mrs. Pound whispered to him. “There was no one else, was there?”

“I like Lady,” Fin said loyally. But she was terrifying, coming at him like some mad bird with a squawk of “
Fratello mio!
It’s all so dreadful!”

Lady put her arms around him and held him close. She was all he had, as Mrs. Pound had pointed out. All he had. He barely knew her. Unfamiliar arms. A stranger’s cheek, wet with tears leaking from beneath her dark glasses. He wanted to cry, too, for so many reasons that they seemed to cancel one another out. He stood there like a statue, nauseated and faint.

The other mourners stared at Lady. Why wouldn’t they? She stood out. She vibrated, almost, in that quiet church. She was beautiful. Fin liked her hair, which was long. He liked her teeth. She thought they were too big, but she was wrong. She was like a horse. Not one of the Pounds’ heavy Morgan horses with short sturdy necks and thick clomping legs. She was like a racehorse. Jittery. Majestic. Her long neck and long legs—and her face, too. She had a horsey face, in a beautiful way. And bangs, like a forelock. He’d told her that, the last time he’d seen her. He had been five. “You look like a horse,” he’d said. “Charming,” said Lady. “Me and Eleanor Roosevelt.” He had not meant that at all. Eleanor Roosevelt, whose picture he’d seen in the newspaper, did not look like a horse. More like his grandmother. Big, sloping breast. Important face. He meant that Lady’s eyes were huge and dark, that her cheekbones were high and pronounced, that her face was aristocratic and long, that her hair flew in the wind like a mane, that she was coltish even in her movements of tentative wildness and reckless dignity. He didn’t know that he meant all that when he was five. He just knew that she reminded him of a horse. He was eleven now. He had not seen her for six years. She still reminded him of a horse. “A racehorse,” he had added when he was five, and Lady had smiled and said, “Oh, that’s all right, then.”

When the funeral was over, Lady would not allow him to go to the grave site.

They looked at her with shocked faces, pinched by hurt at what they, rightly, took to be Lady’s dismissal of every aspect of almost two thousand years of religious tradition.

“The kid is hanging on by his eyelids,” she said.

“I saw Daddy buried,” Fin said. “And Grandma and Grandpa.”

“You’re the boss,” Mr. Pound said. He heaved a sigh, then he shook Fin’s hand and wished him luck in his new life.

Mrs. Pound hugged him and said he’d make his mother proud in heaven, and then he did start to cry and ran outside.

Humiliating, to cry at his age. Babies cried. The Pounds had a baby, a bald sticky one that screamed for no reason, out of the blue. Mrs. Pound would pick it up and hug it. Fin wanted to shake it, although, really, he could not imagine even touching it. It was an obnoxious baby. “I’ll give you something to cry about,” Fin’s father used to say. Then he died. The Pounds’ baby had its parents. Stuart was its name. Fin had taken one of its toys and given it to the dog. The baby didn’t even notice.

Lady found him outside, pressed against the side of the church, still crying like Stuart, who didn’t even know enough to realize his toy had been stolen.

He tried to pull his hand back. Lady did not let go. Instead, she gave a violent pull.

They walked toward the parking lot. He kept what he hoped was a safe distance. His father had called Lady a loose cannon. Among other things.

“Come on, Finino,” she said, reaching out, taking his hand. Her voice was so gentle.

Finino. That’s what she’d called him the first time he saw her.

Lady’s car was a turquoise convertible, a Karmann Ghia, and driving in the tiny sports car with the sky above him diverted Fin for the ten-minute trip back to the house.

When they got there, Fin and Lady stood for a moment on the porch.

“Now, Fin,” she said, a hand on each shoulder, surveying him, “this has been a tragedy of monstrous proportions.”

“So. Of course you’ll want a nice bath and then a nap.”

“No thank you.” He looked down at the worn boards of the porch. They needed paint. He had helped his grandfather paint them just two years ago, holding the brushes mostly, cleaning them with turpentine and a rag.

“No? Really? That’s what I do, you know, when tragedy strikes. A nice stiff drink, a soak in the tub, a nap…”

A stiff drink. That’s a good one, Fin thought.

He felt shy in front of Lady. She was so vivid. Everything about her. Her dress was inches shorter than any dress he’d ever seen, and though it was a good sober navy blue like his suit, it had incongruous bright white piping along the edges that seemed to be made of plastic. When she smiled, her head tilted back and her teeth emerged, white and straight except for one.

He heard the cows in the distance. They were in the upper pasture. Who would bring them down? Who would milk them?

“What about the cows?” he asked. “I can’t just leave them.” It was a sweltering day, and he stood in his heavy wool suit on his own porch in the heat, in the dull cushion of sadness he realized he must now carry with him every minute of every day. He wiped his eyes and his nose on his navy wool sleeve, leaving it stained and wet. He imagined the cows, abandoned, bony, and weak. “The cows,” he said, looking at Lady. “What about the cows?”

Fin gave her a sideways glance to see if she was making fun of him, but she looked quite earnest. He led her past the manure pile, through the gate, over the hill in the lower pasture and into the green hills of the upper. The cows were gathered, flicking their tails, beneath a tree, two of them lying down, two standing facing the approaching humans.

Fin patted the two standing cows, Daisy and Darlington. They had been his mother’s favorites. Guernseys.

He looked back at Lady, who had kept her distance from the animals. Lady’s shoes—flat, not like his mother’s high heels, and white—were covered with mud and manure and grass stains.

“You ruined your shoes, I guess,” Fin said, a little guiltily.

They went back toward the house. Fin herded the cows through the gate with clucks and slaps on their rumps, determined not to cry again as he thought of leaving them. The cows would remain on the farm in their own barn awaiting his return when he was old enough to take care of them himself. Jim Cornelius was moving in and would look after the farm, Lady said. Fin liked plump, smiling Mr. Cornelius. He was the music teacher at school. But Mr. Cornelius did not belong on his grandparents’ farm, in his grandparents’ house. He belonged behind the upright piano in school, pounding out the notes and overenunciating the words of cheerful songs that made no sense:

When they got back to the house, Fin’s suit was filthy, covered by a film of dust. He stood inside the door, leaning against the screen, weary and low. He wished Lady would offer him a glass of lemonade. His mother often made lemonade for him in the summer. But his mother was gone. She had died of cancer, a word that was whispered fearfully, as if even its enunciation might be deadly. The thought of her holding a glass out to him in those last weeks before she was moved to the hospital, her emaciated arm trembling, her face drawn and purposefully cheerful, made him miss her in a way he had not yet had time to do. How could he, with all the sympathetic fussing of neighbors interrupting him every time he sat down to think? They meant well. But sometimes you need to be alone. He felt alone, even surrounded by neighbors and pie. But sometimes you need to really be alone. He glanced at Lady and got the feeling that would be no problem in the future.

More than anything he had ever wanted before, he wanted at that moment to bury his face in his mother’s shoulder one more time. But there was only Lady. She tilted her head and gazed back at him curiously until he finally found the courage to ask her if he could get a glass of water.

“Water is for washing,” she said gaily. But she followed him into his grandmother’s kitchen, watched him get a glass out of the cupboard and hold it under the tap, then lighted a cigarette and watched him drink.

“What about Gus?” he asked when he’d finished.