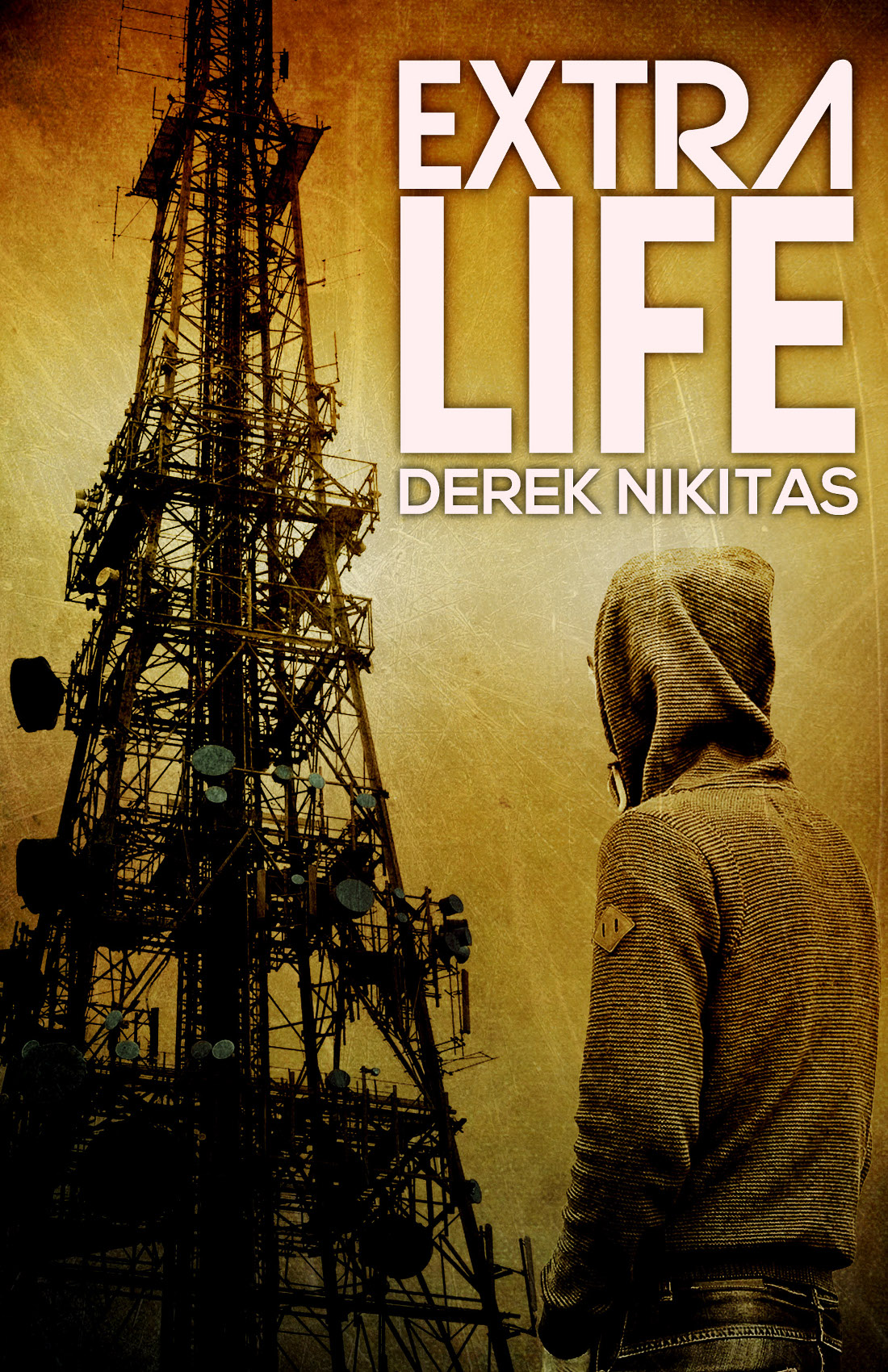 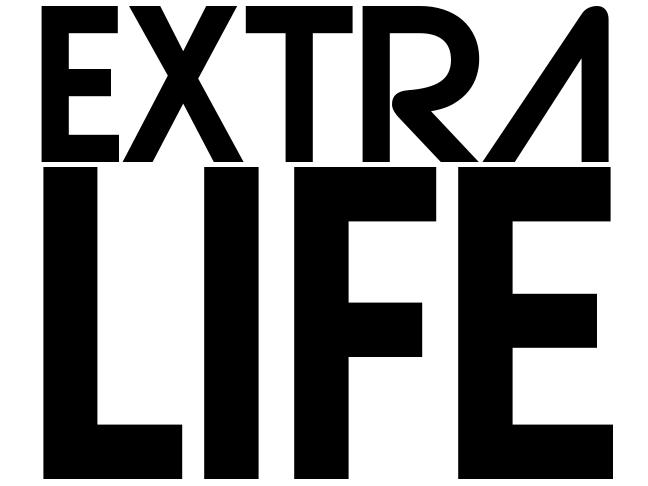 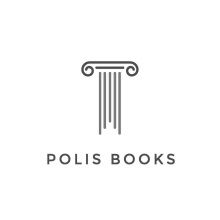 From acclaimed and award-winning author Derek Nikitas comes a riveting and timely thriller: Extra Life — a mind-bending speculative thriller about Russ, a control-freak teen who receives an app on his cell phone that allows him to ‘leap’ twelve hours into the past to fix a disastrous day. But tampering with time-space introduces dangerous glitches he can’t control, especially as he confronts a psychologically unhinged teen TV star, and willful alternate versions of himself.

E
VERY YEAR
, tourists swarm my town. Sure, our Atlantic beaches are sweet, but people should know, just under the surface lurk sharks. If you’re not careful, you’ll get a jellyfish sting, you’ll get caught in a riptide. Years ago, hurricane waters drowned a thousand homes and raised buried caskets to the surface. True story. We’ve got miles of beachfront boardwalk just aching for Instagram, but the flip side is flood and blood and fear.

Cape
Fear, that is.

For the last thirty years, almost twice as long as I’ve been around, Cape Fear, North Carolina has been the backdrop for a hundred creep-show TV series and movies. Believe it or not, it’s the biggest US production hot spot after LA and Manhattan, probably because we’re a post-apocalyptic ghost town after the tourists abandon us for winter.

The whole Cape Fear movie scene started in the early Eighties when they came here to make
The Kindling
. You know,
the one where Drew Barrymore is still
E.T
.-era cute, and she starts people on fire with her brain? A few cheap special effects struck box office gold. Because of that success, a movie mogul and uber-producer named Marv Parker got delivered his first truckload of cash and built his local empire, Silver Screen Studios, right here in town.

You’ve seen some of our homegrown horror shows. There was that messed up flick with the kid who finds a human ear in his yard and the villain with the oxygen mask. Or the one actually called
Cape Fear,
with Robert De Niro as a tattooed psycho who’s in love with his cigarette lighter. Also,
A Walk to Remember
.

In the Nineties, Silver Screen did a slew of teen slashers.
I Know What You Did Last Summer, Prank Call, Step Into the Light 1
through
4,
you name it. My real-life high school pops up in the backdrop of a whole lot of shots, but always with a new makeover, a new fictional name.

My dad and I used to catch showings at the old-school Pastime Playhouse before it burned down. We’d point at the screen and whisper,
“look, look,”
whenever a familiar Cape Fear location did a cameo. Even the Pastime Playhouse
itself
showed up on screen a couple times with its giant clock facade, tingling everyone in the audience with that squirmy sense of being in and out of time and body, real and not real.
There is where we are, but we are not there.
More fun than whatever the actual movie was, honestly.

I can spot my city in just about any Halloween horror marathon. A string of films all out of their proper release-year order, so my sense of time gets twisted inside out and backward, like that chimp they put through the faulty teleporter in
Revenge of the Replicons
(another Cape Fear classic).

But around here there’s a whole other level of darkness that doesn’t quite show up on celluloid or digital. I mean, you probably already heard about the Pastime Playhouse tragedy. It was an international scandal. Everybody knows the premise, but there are always facts below the surface and between the lines, things you couldn’t know.

Like, just for example, that movie
The Crow
, from twenty years ago. Remember? Yeah, way before my time, too, but it’s the one where Brandon Lee, son of martial arts legend Bruce Lee, plays the goth dude who comes back from the dead to avenge his own murder, jump-starting the whole dark superhero/comic book adaptation craze?

You’d call me crazy or at least a liar. Because, duh, obviously Brandon Lee is alive and well.
Obviously
he went on to star in two smash-hit
Crow
sequels, not to mention
Speed
and
The Matrix I-III
.

But just try to imagine for a second if Brandon Lee really
was
killed on the set of that movie. Imagine all those future leading-man roles of his went instead to
,
I don’t know, some doof like Keanu Reeves. Imagine Brandon Lee’s been dead for two decades.

Maybe here in this life, maybe as far as
you
know. But in another universe, something like that could’ve happened. In theory,
anything
could’ve happened, and probably did. That’s the kind of deep down, spun-around, terrifying truth that trumps all the monster movies getting filmed here in Cape Fear.

Sometimes I forget what’s real around this place and what isn’t. I admit it. There’s a certain slipperiness of memory. I get confused a lot, which makes me sound like a nursing home geezer with dementia, when actually I’m a sixteen-year-old high school junior. The thing is, I’ve lived a lot of lives over my short time in this world, and it all traces back to that morning I was ten minutes late for school.