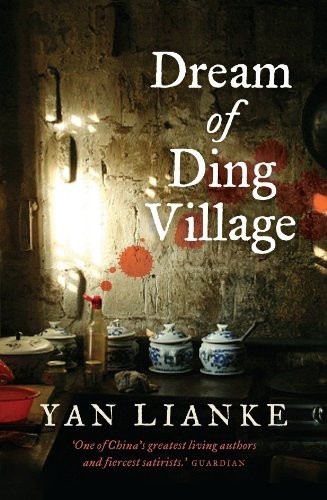 ALSO BY THE AUTHOR
Serve the People!

All rights reserved. No part of this book may be reproduced in any form or by any electronic or mechanical means, including information storage and retrieval systems, without permission in writing from the publisher, except by a reviewer, who may quote brief passages in a review. Scanning, uploading, and electronic distribution of this book or the facilitation of such without the permission of the publisher is prohibited. Please purchase only authorized electronic editions, and do not participate in or encourage electronic piracy of copyrighted materials. Your support of the author’s rights is appreciated. Any member of educational institutions wishing to photocopy part or all of the work for classroom use, or anthology, should send inquiries to Grove/Atlantic, Inc., 841 Broadway, New York, NY 10003 or [email protected]

First published in Great Britain in 2011 by Corsair, an imprint of Constable & Robinson

In my dream, behold, a vine was before me; and in the vine there were three branches and it was as though it budded, and her blossoms shot forth; and the clusters thereof brought forth ripe grapes: And Pharaoh’s cup was in my hand; and I took the grapes, and pressed them into Pharaoh’s cup, and I gave the cup into Pharaoh’s hand
.

I also was in my dream, and, behold, I had three white baskets on my head; and in the uppermost basket there was all manner of bakemeats for Pharaoh, and the birds did eat them out of the basket upon my head
.

The dusk settles over a day in late autumn. The sun sets above the East Henan plain, a blood-red ball turning the earth and sky a deep shade of crimson. As red unfurls, slowly the dusk turns to evening. Autumn grows deeper; the cold more intense. The village streets are all empty and silent.

Dogs are in their dens.

Chickens at roost in their coops.

The cows have returned early from the fields and are snug in their sheds.

The silence is intense. Yet even in the absence of voices or sound, Ding Village lives on. Choked by death, it will not die. In the silent shades of autumn, the village has withered, along with its people. They shrink and wither in tandem with the days, like corpses buried underground.

The grass upon the plain has turned brittle and dry. The trees are all bare; the crops have withered. The villagers are shrunken inside their homes, never to emerge again.

Dusk had spread across the plain by the time my grandpa Ding Shuiyang returned from the city. He arrived on the longdistance coach that travels between Wei county and the distant city of Kaifeng, the bus dropping him at the edge of the main road like a fallen leaf.

The concrete road linking Ding Village with the outside world was built ten years ago, when everyone in the village
was caught up in the blood-selling boom. As Grandpa stood at the roadside looking towards the village, a gust of wind seemed to clear his head and restore order to his muddled thoughts. Things he hadn’t understood before began to fall into place. For the first time since he’d left the village early that morning to meet with the county cadres, the fog seemed to lift. There, standing at the roadside that linked Ding Village to the rest of the world, realization dawned on him. The realization that with clouds come the rain. That late autumn begets winter’s chill. That those who had sold their blood ten years ago would now have the fever. And that those with the fever would die, as surely as the falling leaves.

The fever hid in blood; Grandpa hid in dreams
.

The fever loved its blood; Grandpa loved his dreams
.

Grandpa dreamed most every night. For the last three nights, he’d had the same dream:
the cities he’d visited – Kaifeng and Wei county, with their underground networks of pipes like cobwebs – running thick with blood. And from the cracks and curvatures of pipes, from the l-bends and the u-bends, blood spurts like water. A fountain of brackish rain sprays the air; a bright-red assault on the senses. And there, upon the plain, he saw the wells and rivers all turned red, rancid with the stench of blood. In every city and every township, doctors wept as the fever spread. But on the streets of Ding Village, one lone doctor sat and laughed. Bathed in golden sunlight, the village was silent and peaceful, its residents behind locked doors. But, day by day, the doctor in his white lab coat, his physician’s bag at his feet, would sit perched upon a rock beneath the scholar trees and laugh. Ha-ha-ha-ha-ha. The sunshine would be filled with the sound of laughter. A big loud belly-laugh, ringing out as clear as a bell, strong enough to shake the trees and make the yellow leaves rain down, as surely as the autumn breeze
…

And when the dream had ended, the county bigwigs – the higher-ups – summoned Grandpa for a meeting. Since Ding Village no longer had a mayor, it was left to Grandpa to go instead. He returned to the village with an understanding of certain facts, like a series of links in a chain.

The first thing Grandpa had learned was that the fever wasn’t really a fever at all. Its proper medical name was Acquired Immune Deficiency Syndrome, or AIDS. The second thing was that those who had sold their blood so many years ago, and who had come down with a fever within a fortnight of selling it, would now have AIDS. The third thing was that the first symptoms of AIDS wouldn’t appear until eight, nine, or even ten years later. Most people, mistaking the symptoms for a common cold, would take medicine to bring down their fever and before long, they would be back to normal. But a few months later, the disease would flare up again, and the symptoms would be much worse: weakness, skin sores, ulcers on the mouth and tongue, dehydration and weight loss. By then, you had only a few months to live. You might manage to hang on for six months, maybe even eight or nine, but very few made it through a year. In the end, everyone who got sick died.

Their light extinguished, gone from this world
.

The fourth thing was something Grandpa already knew: that for the past two years, people in the village had been dying. Not a month went by without at least one death, and nearly every family had lost someone. After more than forty deaths in the space of two years, the graves in the village cemetery were as dense as sheaves of wheat in a farmer’s field. Some of those who got sick thought that it was hepatitis, while others called it ‘a shadow on the lungs’. Still others, with perfectly healthy livers and lungs, lost their appetites and couldn’t stomach food. A fortnight or so later, thin and coughing or vomiting blood, they died.
Died like falling leaves, their light gone from this world
… Afterwards, the other villagers would claim they had died of gastritis or hepatitis, of tuberculosis, or of a disease of the stomach or liver or lungs. But, in fact, it was the fever. Every one of them had died of AIDS.

The fifth thing Grandpa learned was that AIDS had originally been a foreigners’ disease, a big-city disease rumoured to affect
only deviant people. But now China had it, too. It was spreading across the countryside, and those who were getting sick were normal, upstanding people. The sickness came in waves, like swarms of locusts descending over a field and destroying the vegetation. If one person got sick, the only certainty was that many more would soon follow.

The sixth thing was that if you got AIDS, you died. AIDS was a new, incurable disease, and no amount of money could save you. But the sickness had only just begun: that was the seventh thing. The real explosion wouldn’t come until the next year, or the year after next. That’s when people would start dying like moths to a flame. Right now they were dying like dogs, and everyone knows that in this world, people care a lot more about dogs than they do about moths.

The eighth thing was about me, buried behind the brick wall of the elementary school. I was only twelve, in my fifth year at the school, when I died. I died from eating a poisoned tomato I found on the way home from school. Six months earlier, somebody had poisoned our family’s chickens. Not long after that, my mother’s pig had died after eating a poisoned chunk of radish. It was just a few months later that I found the tomato sitting on a rock by the side of the road. Someone must have put it there, knowing I’d see it on my way home from school. As soon as I’d eaten it, my belly started to ache, like somebody was stabbing my insides with scissors. Before I could walk more than a few steps, I fell down in the middle of the road. By the time my dad found me and carried me home in his arms, I was frothing at the mouth. By the time he laid me on my bed, I was already dead.

I died not from the fever, not from AIDS, but because my dad had run a blood-collection station in Ding Village ten years earlier. He bought blood from the villagers and resold it for a profit. I died because my dad was the biggest blood merchant not just in Ding Village but in Two-Li Village, Willow Hamlet, Yellow Creek and dozens of other villages for miles around. He wasn’t just a blood merchant: he was a blood kingpin.

The day I died, my dad didn’t even cry. He sat at my bedside and smoked a cigarette. Then he went out into the village with my uncle, his younger brother. My dad carried a pointed shovel; my uncle had a chopping knife with a gleaming blade. They stood at the village crossroads, cursing and screaming at the top of their lungs.

‘Come and show your faces, if you’ve got the guts!’ shrieked my uncle, Ding Liang. ‘Don’t think you can hide, you poisoning bastards! Come out and see if I don’t chop you in two!’