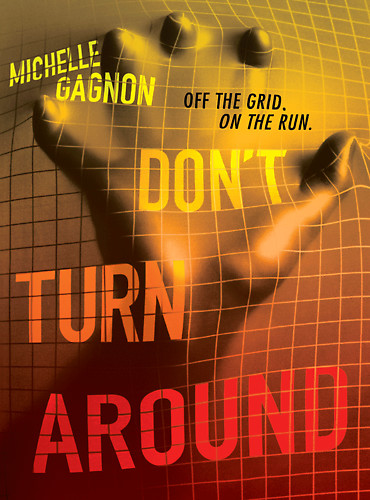 One narcissus among the ordinary beautiful
flowers, one unlike all the others! She pulled,
stooped to pull harder—
when, sprung out of the earth
on his glittering terrible
carriage, he claimed his due.
It is finished. No one heard her.
No one! She had strayed from the herd
.

(Remember: go straight to school.
This is important, stop fooling around!
Don’t answer to strangers. Stick
with your playmates. Keep your eyes down.)
This is how easily the pit
opens. This is how one foot sinks into the ground
.

W
hen Noa Torson woke up, the first thing she noticed was that her feet were cold. Odd, since she always wore socks to bed. She opened her eyes and immediately winced against the glare. She hated sleeping in a bright room, had even installed blackout curtains over her apartment’s sole window so that morning light never penetrated the gloom. Noa tried to make sense of her surroundings as her eyes adjusted. Her head felt like it had been inflated a few sizes and stuffed with felt. She had no idea how she’d ended up here, wherever here was.

Was she back in juvie? Probably not; it was too quiet. Juvie always sounded like a carnival midway: the constant din of guards’ boots pounding against metal staircases, high-pitched posturing chatter, the squeak of cots and clanking of metal doors. Noa had spent enough time there to identify it with her eyes closed. She could usually even tell which cellblock she’d been dumped in by echoes alone.

Voices intruded on the perimeter of her consciousness—two people from the sound of it, speaking quietly. She tried to sit up, and that was when the pain hit. Noa winced and fell back on the bed. It felt like her chest had been split in half. Her hand ached, too. Slowly, she turned her head.

An IV drip was taped to her right wrist. The line led to a bag hanging from a metal stand. And the bed she was lying on was cold metal—an operating table, a spotlight suspended above it. So was she in a hospital? There wasn’t that hospital smell, though—blood and sweat and vomit battling against the stench of ammonia.

Noa lifted her left hand: Her jade bracelet, the one she never took off, was gone. That realization snatched the final cobwebs from her mind.

Cautiously, Noa raised up on her elbows, then frowned. This wasn’t like any hospital she’d ever seen. She was in the center of a glass chamber, a twelve-by-twelve-foot box, the windows frosted so she couldn’t see out. The floor was bare concrete. Aside from the operating table and the IV stand, rolling trays of medical implements and machines were scattered about. In the corner stood a red trash bin,
MEDICAL WASTE
blaring from the lid.

Looking down, Noa discovered that she was wearing a cloth gown, but there was no hospital name stamped on it. She tried to get her bearings. Not juvie, and not an official hospital. She got the feeling that whatever this place was, bad things happened here.

The voices grew louder; someone was coming. Noa had spent the past ten years fending for herself. She’d learned better than to trust authority figures, whether they were cops, doctors, or social workers. And she wasn’t about to start trusting anyone now, not in a situation like this. Slowly, she eased her feet off the table and slid to the floor. She wrapped her arms around herself, repressing a shiver. The cement was freezing, like stepping barefoot onto a glacier.

The voices stopped just outside the chamber. Noa strained her ears to listen, catching a few fragments:
“Success … call him … what do we … can’t believe we finally …”

The last bit came through crystal clear. A man’s voice, sounding resigned as he said, “They’ll handle it. She’s not our problem now.”

Fighting to keep her teeth from chattering, Noa desperately scanned the room. A few feet away, a metal tray held a variety of medical instruments. She’d nearly reached it when the door at the far end of the room opened.

Two men dressed in scrubs crossed the threshold. The first was a thin white guy, a few strands of blond hair pasted across his forehead beneath a surgical cap. The other doctor was Latino, younger and stockier with a straggly mustache marring his upper lip. Seeing her, they froze. Noa seized the opportunity to edge closer to the tray.

“Where am I?” she asked. Her voice came out weaker than usual, like she hadn’t spoken in a while.

The doctors recovered from their surprise and exchanged a look. The blond one jerked his head, and the Latino rushed from the room.

“Where’s he going?” Noa asked. She was two feet from the tray now, and he was three feet past it.

The doctor held up his hands placatingly. “You were in a terrible accident, Noa,” he said soothingly. “You’re in the hospital.”

“You’re going to be fine. Some disorientation is to be expected.” The doctor glanced back over his shoulder.

“What kind of accident?”

The doctor paused, his eyes shifting as he searched for a response, and Noa knew he was lying. The last thing she remembered was leaving her apartment and walking toward Newton Centre station to catch the train into Boston. She’d been heading downtown to pick up a new video card for her MacBook Pro. Noa had turned right on Oxford Road, passing Weeks Field on her way to the T stop. The last heat of an Indian summer day was soft on her skin, daylight sifting through trees already shedding their leaves in a riot of fiery oranges and reds. She’d been happy, she remembered. Happier than she’d been in a long time, maybe ever.

And then, nothing. It was all a big blank.

“A car accident,” he explained, a small note of triumph in his voice.

“A car hit you, I mean.” The doctor looked back again, increasingly impatient. Clearly the other guy had gone for help. Which meant she was running out of time.

Noa suddenly fell forward, as if the wooziness had overwhelmed her. The doctor lunged to catch her. In one smooth motion, Noa scooped a scalpel off the tray and pressed it against the side of his neck.

His mouth opened wide in a surprised O.

“You’re going to get me out of here,” she said firmly, “or I’ll slit your throat. Don’t make a sound.”

“Please.” The doctor’s voice was hoarse. “You don’t understand. You can’t leave, it’s for your own—”

A rush of footsteps pounding toward them.

“Shut up!” Noa shoved him in front of her, keeping the blade pressed against his neck as they went through the door. She paused outside: not a hospital at all, but a giant warehouse the size of an airplane hangar. Makeshift aisles composed of cardboard boxes and long lines of metal filing cabinets surrounded the glass chamber.

“Which way out?” she hissed, keeping her mouth close to his ear. They were nearly the same height, five-ten, which made it easier.

The doctor hesitated, then pointed right. “There’s an exit, but it’s alarmed.”

Following his finger, Noa spotted the narrow hallway leading off to the right. She propelled him toward it. Someone was shouting orders. As they entered the hallway, she heard the chamber door being flung open behind her. More yelling as they realized she was gone. It sounded like at least half a dozen people were after her.

The hallway was long and narrow and lined with more boxes stacked to shoulder height on both sides. One of the fluorescent tubes overhead flickered, casting them in a pulsing strobe. Noa fought to ignore the stabbing pain in her chest, and the ball of panic right alongside it.

Ten feet farther and the hallway turned right. They rounded the bend and came face-to-face with a large metal door. It was chained shut.

“There’s no point hurting me,” he pleaded. “You can’t leave. He’d never let you go.”

Beside her, the top box on the stack gaped open. Noa dug her free hand inside, then risked a glance: metal bedpans, nothing she could use to break a padlock. She was trapped. Noa fought the urge to scream in frustration. Out in the expanse of the warehouse floor, she’d stood a chance of escaping. Now, she was a rat at the end of a maze. At most, she had a few minutes before they found her.

“Take off your clothes,” she ordered.

“Now!” She pressed the scalpel deeper into his neck.

A minute later, the doctor shuddered in his underwear as she stepped into his crocs and pulled the mask up over her face. Good thing he’d decided to stay—the Latino’s scrubs would never have fit her.

Noa frowned and responded with a double-fisted uppercut: a trick she’d learned the hard way, by being on the receiving end once. It connected with the doctor’s jaw and his head jerked back. He dropped hard, knocking over boxes on the way down. He didn’t get back up. “I hate negativity,” she muttered.

The Latino doctor suddenly darted out of the hallway, skidding to a stop in front of them. Noa reached into the box beside her.

“Jim?” he said, eyes widening as Noa raced toward him. As she ran she drew her arm back, then swung the metal bedpan as hard as she could. He shied away, drawing his arms up to protect his face. The bedpan made a loud, hollow sound when it connected with his temple. His eyes rolled back in his head, and he dropped to the floor beside the other doctor.

Noa dashed back down the hallway, pausing at the end. She was still clutching the scalpel in her left hand, but chances were the people she was up against had knives, maybe even guns. The warehouse was dimly lit, which worked in her favor. It was enormous, too, so the people searching for her would have to split up. The scrubs might fool them at a distance, but that trick wouldn’t work for long; they were sure to find the doctors any minute now. She had to find a way out.

Noa edged along, keeping to the shadows. Ten feet down the adjoining wall she spotted a gap: another hallway, about thirty feet away. It was a risk—she might get to the end only to discover that the door was bolted like the other one. But spending too much time on the warehouse floor was suicide.