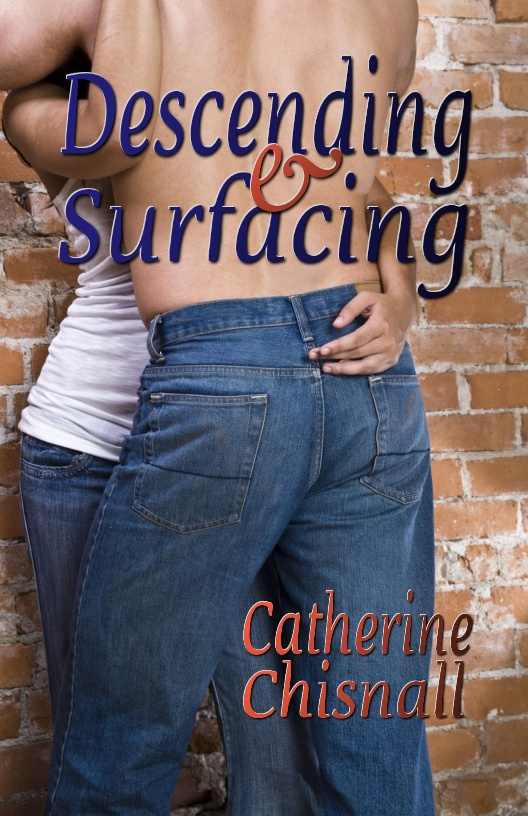 This is the compendium of two of Catherine Chisnall’s novellas – ‘Descending’ and its sequel ‘Surfacing’ – in which teacher Emily has an affair with a pupil, Jamie, after sharing a hair-raising incident with him in the college elevator. Written in Catherine Chisnall’s characteristic understated and incisive prose, this story is a quiet masterpiece built around forbidden love and its consequences.

Born in the Midlands of England, Catherine Chisnall now lives with her husband and child in the South. She has had a varied career working in banks, libraries and charities, and, for the last 10 years, secondary and further education. The sequel to 'Descending' is 'Surfacing'. Both books have received considerable acclaim for the social realism and the sparse elegance of Catherine Chisnall's writing.

All rights reserved. No part of this book may be reproduced or

transmitted in any form or by any means, electronic or mechanical, including photocopying, recording, or by any information storage and retrieval system, without permission in writing from the copyright owner.

“
Descending” and ‘Surfacing’ are published by Taylor Street Publishing LLC, who can be contacted at:

“
Descending” and ‘Surfacing’ are the copyright of the author, Catherine Chisnall, 2010. All rights are reserved.

All characters are fictional, and any resemblance to anyone living or dead is accidental.

As I stepped into the lift, my heart sank. I had been pleased to see one of the tower lifts heading to the top floor while the other two were on the ground, but there my pleasure ended.

Leaning on the opposite wall of the lift was one of my students. Not just any student, but the very one I did not want to see: Jamie Norton from the general trades course. I didn’t know what to make of him: sometimes he was friendly and wanted my help, other times he was downright rude and weird. In general, students started off being rude, then became more approachable as they got to know me. Jamie was so changeable that I never knew what to say to him, so I just acknowledged him with a cool nod. Today must be a bad day, because he looked away in a shifty manner.

Sighing, I pressed the button for the eleventh floor and the lift smoothly ascended.

It's only three floors, I told myself. I only have to share this small space with him for a few minutes.

I tried to concentrate on my meeting with the Principal, Sonia Velasquez. I wanted to leave the college. I’d been working as a learning support assistant for too long and I was worn out. I wondered what she would say to me, and what I would say to her about my request for resignation.

Suddenly the lift stopped with a grinding creak. Great. Now I’d have to spend more time in the vicinity of Jamie. If only we could have kept the harmonious relationship we’d had at first. Why did he have to suddenly turn moody and dismissive? I looked over at him curiously. He was pale as usual; everyone said it was the drugs he took, whether they were prescription or otherwise. Or maybe he was naturally pasty and it showed more because of his very dark hair. He wasn’t pretty; he looked more like he’d been in lot of fights. I expect people have described me like that.

The wait dragged on.

‘
D’you think we should do something?’ I ventured. It was the end of the day on Friday and the college would be nearly deserted by now, everyone rushing off for the weekend. Why on earth did he have to still be here?

He shrugged and looked away.

‘
Dunno.’ He was fiddling with his mobile phone, probably about to blast out annoying music. But I was wrong.

‘
Can’t get any reception in here,’ he muttered, holding the phone up and around in different positions.

The lift shuddered, not moving up or down. I was just about to press the alarm button when the lights went out.
The green emergency light came on, which was something, but too faint to make much difference. There was a creaking sound.

‘
Jamie, I don’t like this,’ I couldn’t prevent myself from saying.

‘
We’ll be alright, Miss.’ His face was artificially lit by the phone and it looked creepy.

The lift started shaking and I felt a shiver of fear going up my spine. I edged a bit closer to him, feeling weak for doing so, but at least he was another human being.

Suddenly the lift began sinking, slowly at first, with a terrible metallic groaning sound, then faster and faster.

I screamed and put my hand out for Jamie to find he was reaching out for me too. He pulled me towards him and we clung onto each other as the lift plunged. I realised I was screaming but he was just holding on.

The lift jerked to a stop again, and we were jostled about, still clinging on to each other.

‘
We haven’t hit the ground yet,’ he corrected, peering down at me. He wasn’t much taller than me, just a few inches. I suppose he would grow as he got nearer to eighteen. I couldn’t help noticing how dark his eyes were, but then again everything looked dark in this half light.

He set me away from him.

‘
We’re probably on the fourth floor or summing.’ He surveyed the doors thoughtfully. ‘I’ll just -‘ He pressed the door opening button and we both jumped as the doors swished apart. The lift seemed to be between floors, because there was a lighted rectangle about two feet deep at the top whereas the lower part was a wall.

‘
I could get out of there,’ he mused, stepping towards it.

‘
Hang on! What if the lift moves while you’re climbing out? You’ll get squashed!’

‘
And what about me? A
re you going to leave me here while you escape?’

I didn’t trust him because he was so unpredictable. I suspected him of having a crush on me in those days when he was being nice, especially after the suggestion he’d made to me at the end of last term. I’d known he was joking, but none of the others ever said anything like that. Maybe he was putting on the nice act and after Christmas his true colours had shown. So many maybes.

‘
Course.’ His eyes flicked to mine and away quickly. Then he reached up to the lighted floor above and easily pulled himself up. For the umpteenth time, I was in awe of how easy physical tasks like that were for the students. Doing physical work all the time meant they weren’t the average flabby teenage boys who did no exercise except on computer games.

I’d never taken any notice of builders before I took this job, but after two years of being around them I realised how fit they had to be to do their work. They were finished by the time they were in their thirties because their bodies were broken. I’d always scorned men on building sites, hanging around drinking tea and leering. But they needed their breaks: it was a hard, hard job, out in all weathers, lifting and carrying heavy stuff, using dangerous materials.

Just as Jamie was halfway onto the floor, the lift creaked again, and shuddered. To my horror it was starting to move.

‘
Let go!’ I shrieked. I leapt forward and pulled him back. He was forced to let go and fell back on top of me as the lift started an increasing descent.

‘
You could have been cut in half,’ I gasped, out of breath as he crushed me with his weight.

‘
Nah, not me, I’m unkillable,’ he grinned, wriggling off me but not away. He just sat next to me looking at me, breathing hard from the sudden burst of activity.

‘
Why did you stop using it and go back to Miss?’

As if that was the magic word, the lift stopped with a jerk.

‘
I like it when you boys use my proper name. I don’t feel so – so - invisible and useless.’

‘
You aren’t useless! It's me what’s useless. Can’t read or write properly, can’t get a job. Useless.’

He was shocked at my swearing.

‘
No it bloody isn’t. Everyone thinks I’m thick and stupid and -‘ He stood up, folded his arms defensively and leant on the wall.

The floor was grubby, with cigarette ends strewn about, so I stood up too, brushed myself down and went over to him.

‘
Being a nice person will get you further than reading and writing, believe me. And having lots of friends. Honestly.’

‘
I bet you’ve had more than some.’ It was a challenge but I couldn’t help myself. I was so close to him. Physically I mean. I’m over ten years older than him in age … but anyway, his closeness was starting to overwhelm me. What exactly did he think of me? Every time I thought I knew, his attitude changed.

He looked directly at me, straight in the eyes, which he rarely did. There was a long moment which was interrupted by the lift resuming its relentless drop, throwing us together.

‘
We’re going to die aren’t we? No one will know we’re here, it’ll be like a film with a big fireball going up the lift shaft-‘ I babbled, seeing my life flashing before my eyes.

‘
We’re not!’ He interrupted, shaking me angrily.

Then he kissed me, or I kissed him, I couldn’t tell which. I was on the edge between going freely and being taken somewhere I secretly wanted to go. His hot tongue was in my mouth, his body pressed against mine, he was all lithe and wiry and muscle. My senses were burning, my mind knew that I shouldn’t be doing this with a student but all the unspoken tension between me and Jamie had been simmering away for months and in the darkened lift, scared half to death, it was all too much. He pushed me against the wall and I was overwhelmed by the smell of him, that stale cigarette smoke with some unfamiliar smell which made me feel high. My heart was hammering and so was his, I could feel it against me.

The lift banged to a halt yet again, but it wasn’t the fatal stop. It just brought us back to reality.

‘
Fuck,’ said Jamie. ‘Thought that was it.’ He had a distant expression, and he stepped back from me, pulling down his t-shirt which had – somehow - almost come off.

‘
Hang on.’ I straightened my clothes, which also had – somehow - become tangled.