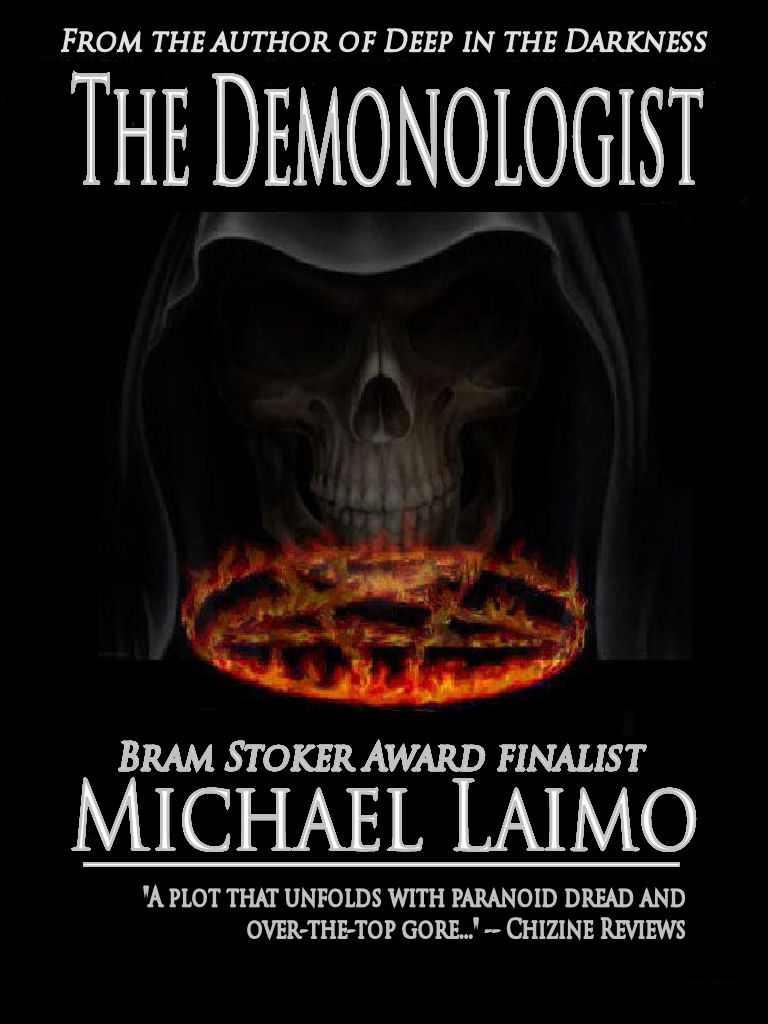 This e-book is licensed for your personal enjoyment only.  This e-book may not be re-sold or given away to other people.  If you would like to share this book with another person, please purchase an additional copy for each person you share it with.  If you're reading this book and did not purchase it, or it was not purchased for your use only, then you should return to your vendor of choice and purchase your own copy.  Thank you for respecting the hard work of this author.

The beast shall ascend from the gates of Hell and gather up with thy hand the child that has been cast aside like a thorn...

The car, barely running, shook along the dirt road. Clouds of dust encapsulated it, like a swelling storm. The boy sat in the back seat, one of six occupants. Beads of sweat sprung from his brow and dissolved into the hot arid air. In spite of the heat, he shivered, not of sickness, but of apprehension. The same feeling had struck him two hours earlier in the moments before his family was executed.

War had begun. Bloodshed clung to the Middle East like a parasite. Syrian aggressions had coerced Israeli jets to shoot down six fighter planes. Syria, in response, prepared for battle along the Golan Heights. Israel attacked, driving the enemy forces back into the Sinai. Homes were destroyed, many civilians killed. Others found themselves driven south into the Negev desert with very little food or water.

The desert offered nothing of solace, other than an escape from the bloody combat in the north. A rock-strewn road led the way south, deep into the country’s no-man’s-land, east of the Jordan Rift Valley. The boy was in need of washing, of food, water. The Samarian hills offered fertile valleys, but lay 200 miles away. Was this the driver’s destination?

The stench of ripe bodies, of death’s hint, wrenched his nose. His gaze followed the barren waste beyond the slow-moving vehicle, his weak form pressed against the door alongside a faceless woman shrouded in a black
burka
. Next to the woman, an old man stretched his legs and prayed, staring at the blood and soil on his hands. Beneath his skin, slender bones popped.

The boy’s thoughts wandered; of his parents being dragged away, shot by soldiers while he watched; of he, being tossed atop their warm corpses like a strewn sack, a hot barrel pressed against his skull; of explosions in the house next to his, the soldiers covered in ash, pulling away from their killing intentions; he, fleeing in the dark billow of smoke, finding a miracle with unknowns miles away. What was next? Man’s brittle remains ground to powder with the bones of the enemy? The blood of his people boiled in cauldrons, their flesh seared in furnaces? His thoughts fell away into the drifts of sand surrounding him.

In the front seat, a man gagged and spit his labors onto the floor. His coughs resounded, like the gales of sand blasting the cracked windshield. His head leaned forward, and sudden words fell from his lips in jabs:

“Death awaits us. Death, and then beyond, more death.”

The driver glanced back, sagging eyes fixed upon something. The boy watched him, troubled. The driver opened the door, stepped outside. His robe billowed in the desert wind. He raised a pensive hand. Shouted in Hebrew:
“We are not the enemy.”

A lone gunshot filled the still desert. Blood burst from the driver’s chest. His form, still for a horrible moment, collapsed to the dry earth.

Screams erupted in the car. The boy hunkered down. The woman next to him crawled over his unmoving body, out the window. Hands grabbed her. Guns pointed. Fired. Blood sprayed, spattering the torn seat. Falling against the boy’s skin, warm and wet.

Dogs barked, closer, once loosed upon the outskirts of the city, now sniffing out the bloodshed. Raw hands reached into the front seat, dragging out the remaining occupants. The boy gazed up momentarily. A rebel soldier stood defiantly, his religious cause inexorable. He grinned, teeth brown with decay. He shot the men whose faces the boy had never seen. They slumped to the desert floor, sobbing. Further gunshots silenced them forever.

Another soldier came, wrenched the old man from the backseat. He continued his prayers until his moment of rapid death.

And again, the boy was alone. He prayed. Shadows shifted. Feet shuffled. The moments ticked painfully.

The soldiers. They did not take him. Had they not seen him?

And then, prayers of desperation.

The dogs had migrated from the outer-city wastelands, their urges savage and brutal upon those they attacked. The boy rose up and peeked out, fingers picking at the window frame. The rebels were four strong. The dogs ten or twelve.

He watched as two beasts fell to gunfire. The rest were too many for the soldiers, and were soon feasting upon them, tearing limbs and face and bowels away with rabid impulse.

The boy sank down, listening to the dogs growls, their fighting over the scraps of rebel flesh torn free. He prayed to God and waited for an answer. None came.

Moments passed. The wind hurled sand into the car, grains caught in sticky blood. A prickling raced down his spine a moment before one dog leaped up to the open window.

The dog snarled furiously, teeth shredding rubber stripping. Spittle and foam leaped from its muzzle. The boy cried, sliding across the seat in a backwards panic, fearful grin biting hard on trembling fingers, eyes fixed on the dog’s blood-stained teeth. The dog’s claws fell into the car, tearing at the fabric, the shredding sound echoing its fierce barks.

The boy screamed. He spit in the dog’s face.

The dog leaped back outside, yelping.

Minutes passed. Tentatively, the boy stretched up and peered outside. He glimpsed the gutted body of a rebel soldier. Alongside it, another body; one of the men from the car. Sand had begun to drift over it, the last remnants of his place on earth soon to be extinguished forever. Looking out the rear window, he could barely see the city of Jerusalem, distance blurring the sands of war in its midst.

More bodies lay stagnant in the blood-drenched sand. A dead dog lay alongside the woman whose open
burka
flapped in the desert wind. Blood pooled from the bullet hole in her head.

Barking. In the distance.

The boy looked up. Cleared a drift of hair from his eyes.

The dogs were clustered a hundred feet away. All of them, looking back at him.

Compelled, the boy opened the door and stepped from the car. His feet sank into the hot sand. The wind whipped at his face. He squinted at the dogs, their threat dwindling as some settled down on their haunches. Around him, carnage. Nine human bodies partially devoured, flies buzzing around them in droves. He shrugged away the bloodbath and paced in the opposite direction of the dogs, along the side of the road, keeping a wary eye over his shoulder. Had the dogs been amply sated?

One dog rose, separated itself from the pack. It shook its head with firm intent. One bark, and nothing more. The boy contemplated the dog, dry earth and deathly remains between them. The wind grew still, oppressive against his lungs.

The dog trotted over to the boy, barked, then moved away, turning its head in a “follow me” gesture. The boy followed, in a
westwardly
direction, off the road. They traveled into the desert for hours, the boy
tranced
, the dog prowling, nose to the sand. The air vibrated, leading the way.

The sun beat down on the two. The dog sat, coated tongue lolling from its weather-beaten maw. Here, a muddy stream reached through the desert like a vein. The two drank, then followed the water’s flow as it fell into a depleted ravine. The dog skipped down. The boy followed, fifteen feet beneath the earth.

The dog fell on its side, and in an hour was dead, eyes milk-coated. The boy slept and when darkness arrived, awoke to a foreign sound: intermittent scratching. He followed the noise to the side of the ravine. He scraped at the sand and unearthed a limestone marker, indecipherable hieroglyphs etched upon its surface. Slowly, he
sifted
away the surrounding earth, revealing a carving of a scarab. At the top of the five-foot marker, he discovered a familiar face deeply engraved in the limestone: cavernous eyes, flat nose, bulbous lips pulled into an angular grin. An ancient gaze free at last.

I recognize this face from my dreams.

From behind the marker, more scratching.

He kneeled down and prayed, hands pressed together, eyes tightly shuttered, devoid of the tears they wished to release. It had brought him here. Now, he would bring it
unto
the world.

Shadows danced as dark clouds rushed in. The sun fell behind the world’s edge, and the rains fell, softening the earth around the stone. A breeze sprang up, cooling him, offering him strength.

His heart beat soundly with the conviction of knowing that soon, he would come face to face with God.

He fell forward against the marker. Quickly ran his fingers around the edge of the stone.

And began to dig.

AND SO IT BEGAN
LOS ANGELES: TODAY
ONE

It evolved like the slow birth of a reptile through an egg’s membrane. Evil had finally matured. A torturous cry of horror ensued that sounded out in a place where no one could hear; the great tree in the woods had finally fallen, with no soul present to become its witness. And then, normalcy returned, not a human aware of the event. Though, some animals knew. And they hid.