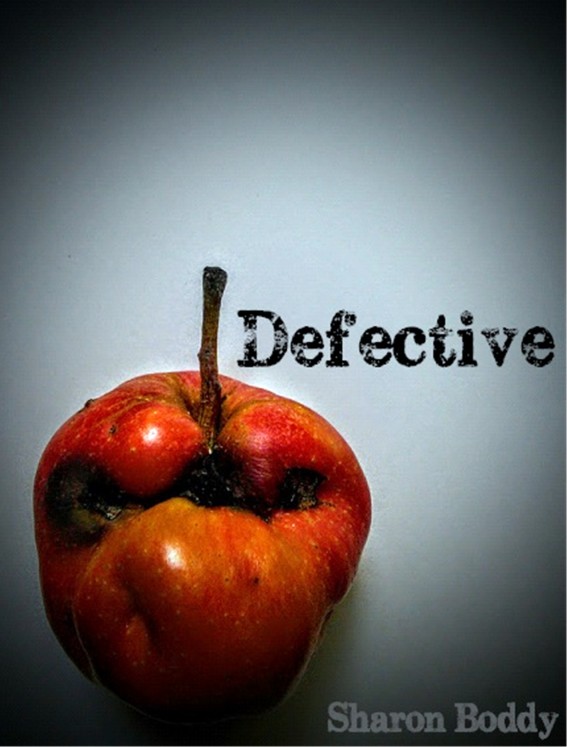 Published by Sharon Boddy at Smashwords

Thank you for
downloading this ebook. This book remains the copyrighted property
of the author, and may not be redistributed to others for
commercial or non-commercial purposes. If you enjoyed this book,
please encourage your friends to download their own copy from their
favourite authorized retailer. Thank you for your support.

P3: First came the
vibrations, like something large and heavy falling close by. The
vibrations would have grown stronger and stronger within minutes or
hours and the ground would have begun to shake. Buildings and
infrastructure collapsed, roads were buried. Presumably, many of
the old countries' populations were drowned by buckling rivers,
lakes and oceans; in other places, mountains shook apart, firing
bits into the air. Whole populations — human, animal, insect, bird,
plant — were obliterated in less than a day along with many
important cultural and historical artifacts, now lost to time.

P114: In conclusion,
it is not possible to isolate the genetic components of the defect,
previously linked to contaminants unleashed during the Upheaval.
Data suggests that the infection itself, which is no longer fatal,
recurs every thirty to forty years and with each reoccurrence, the
defective gene mutates; however, no two genes studied to date
follow the same mutation pattern. The defect also occurs in
non-infection years but there has been a marked decline in the
number of reported cases in the last twenty years. This could
suggest that its lessening appearance in new births is a signal
that both the infection and the mutation are waning, or that social
or other factors, such as non-reporting behaviours are involved,
which are outside the scope of this study. The majority of the
defects that do appear are minor in nature.

Notes: Prisoner held
in the local till weather clears and can be transferred to
Andrastyne.

The first thing Mixer
knew with certainty was that he was hungry. The feeling grew more
intense each day until it became unbearable and Mixer began to lash
out. Quietly, steadily he ate away at his enemy and, in a few
weeks, where there had been two, now there was only one.

"There’s something
wrong with Mixer," Ma said one night in bed.

"There’s something
wrong with all our kids," Pa yawned. He rolled over and looked at
his wife. She looked serious. And old. They kept their voices low;
the children slept above them in the loft.

"This is
different." Ma sat up. "Maybe it’s what you said, that it was
twins."

Ma had been
nervous most of her pregnancy with Mixer, the youngest and ninth of
her and Pa’s kids. Ma said the number nine was bad luck. Nothing
good comes from nines, she would say. Ma said a lot of things like
that and Pa had learned to ignore most of them.

When she was five
months pregnant, Pa listened to her belly and pronounced twins. Ma
wasn’t so sure, but Pa had some experience with this, he said,
pointing to Jelly and Jones, their twins. Ma kept her thoughts to
herself. Either way, she thought, twins or a single, this'll be the
last one. She’d finally perfected the recipe that would see to
that. When Ma’s labour was over, however, only Mixer had shown up.
Pa poked around up there for a bit, perplexed by the absence of
infant. He had distinctly heard two heartbeats.

Pa sat up. The
moon waned in the sky outside their window.

Each of their
children possessed at least one defect, although Pa never used that
word. He called them talents. Ma knew them for what they were:
trouble. Anyone different, anyone who could do something others
couldn't was shunned or worse. She and her mother and father had
been kicked out of so many towns when she was a child she couldn't
remember half their names.

Her father had
been a painter but despite his best efforts to keep his defect
under control, his work on barns, houses and fences stood out.
Designs within the paint would appear, faint at first, the outline
of things: trees, women, or the sky at night. The paintings would
then take on deeper lines and colours would appear and disappear.
Her mother had been a healer and had taught her daughter what she
knew of medicine. She would try to help people but they were afraid
of her. They would always be found out and run out of town;
sometimes they were beaten. They moved from place to place and her
parents waited until Ma turned twenty and then left her in Battery.
Alone, they thought, she'd stand a better chance.

She went to work
for the Landlord of Battery, part of a group of young men and women
hired at slave wages to work a pearl apple orchard after the former
owner died. There she met and married her husband and started
having his children. Within a year all the other workers had gone;
the two of them and their growing family had worked the land ever
since.

Her defect was the
ability to see under the earth. She knew what a plant's root system
looked like without ever needing to dig it out. In the early years
at the orchard she often saw things buried among the trees or near
the barn but if she did dig them up, she did it at night when the
children and Hap were asleep. She never told anyone about it. Some
things, like the skeletal remains of a baby buried in the wild rose
bush behind the shed, were best left as they were.

She had been
raised to hate and fear herself and others like her, but most of
all to be afraid of being found out. She couldn't turn back time
but she could make life easier for her children. She could give
them a stable home, keep them safe and protected; few people knew
they were here. She taught them, ruthlessly at times, not to
display their talents, not even to each other. The children were
only allowed to use them for orchard work or when specifically told
to.

Their eldest,
Porkchop was able to see the minutiae of her surroundings at a
glance. She could spot the first sign of life or blight. Her memory
was astonishing and in terms of her daily duties Porkchop's mind
inevitably ran far ahead of everyone else's. Ma sometimes suspected
that Porkchop knew more about how to run the orchard than she did
but her oldest child, besides being sensible and obedient to a
fault, never contradicted any of Ma's decisions.

Forest could
predict the weather. Since he was a baby Forest had been fascinated
by insects and plants and water and how they behaved in different
types of weather. He'd studied their habits and learned that nature
could tell him everything he needed to know so long as he listened
and observed. Forest also had an innate sense of the seasons, how
they would unfold, and what challenges they would bring. He was
indispensable in scheduling some of the most important orchard
tasks.

Ma hated Santa's
talent because she feared what could happen to her if people found
out. Santa could sing. Musicians and singers and artists were among
the most hated of defectives. They didn't do anything useful or
productive; they didn't grow food or catch fish or trap animals.
They didn't fell timber or plant trees; they didn't build things or
fix things.

Bull had always
been large for his age. He could track even the smallest game from
miles away. Ma believed that her son's keen sense of smell came
from her being bitten by a stray dog when she was pregnant with
him. It wasn't unusual for feral curs to stray onto the property in
those days. Their numbers dropped dramatically after they began
feasting too much on the local deer population and the Landlord
thought it would be both fun and useful to institute a dog-killing
contest. The tenant farmer who killed the most dogs got double his
salary for the month. Pa never won. The contest ran for six years
until the dogs had been almost wiped out.

Narrow was worse
than her husband for taking things apart but, unlike her husband,
her middle child put things back together again. When he was about
nine months old he woke up the household taking apart his crib. The
slats had given way and he'd gone straight down, landing on his
bottom. When Pa brought his tool box to fix the crib the next day,
Narrow had crawled over to the box, rummaged for a moment and
brought out a screwdriver. Narrow could almost always fix or build
or create anything with whatever resources were available.

Twins were
sometimes considered defective simply because they were twins. Most
people did accept that twins existed naturally in nature, but
identical girl-boy twins, like Jelly and Jones, were unusual and
therefore highly suspicious. They were so alike that it wasn't
until their hair began to grow that Ma began to cut her son's but
not her daughter's hair so that she could tell them apart.

Jones never
learned to crawl. One day, as he sat cross legged on the floor of
the press house he had hopped across the room. Ma had been standing
at the pressers, enormous square wooden boxes with tight wire
mesh-topped lids that were pressed down onto the pearl apple mash.
The juice flowed through the boxes into a trough that was connected
to a pipe to the fermentation vat. She thought she had closed the
press house door but she'd suddenly felt a breeze by her ankles.
She looked around and found Jones in one corner, gnawing on his
thumbnail. He hopped back to where he'd been. She'd seen a blur
across her vision and her son then reappear on the other side of
the room.

Jelly had learned
to talk early. At six months she was able to tell her mother, in a
few words, what she needed, a diaper change or food. Her defect
deepened the day she found a plastic bag caught in one of the pearl
apple trees in the orchard. The bags were useful things if they
didn’t have many holes in them, but their numbers had dwindled with
each passing year.

Ma was teaching
Jelly to forage for medicinal and edible plants and had taken the
four-year old into the woods one autumn day for another lesson.
Jelly had the right temperament for it. Patient. Observant.
Curious.

On their return
home, the press house and barns in the distance, Jelly caught sight
of the bag. She carefully untangled it and smoothed it out on the
ground.

"Stop messing
about with that," said Ma impatiently. She needed to start supper;
needed to make sure that Santa started supper.

Jelly continued to
study the bag. It had a line of black marks on it.

"That’s what it
says. Made in China."