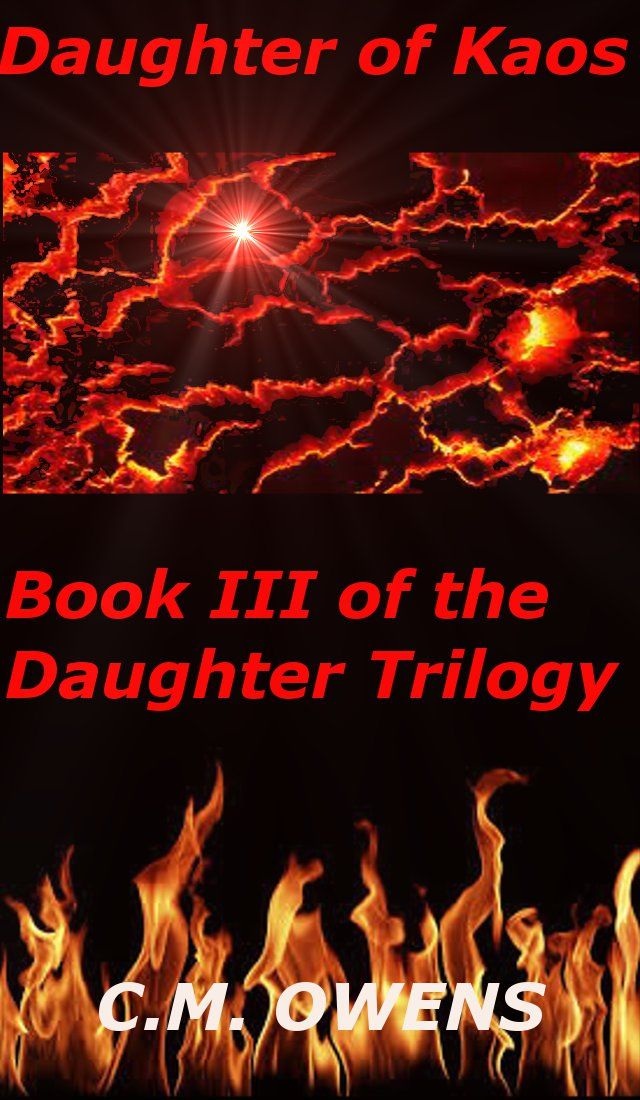 I can feel and see Devin has already gotten up and started his day, and I frown at the empty half of

the bed. I slowly rise up to beat the sun that has yet to fully rise to attention and head into the living

area of the New York apartment that had become my home before the rewind.

I smile when I see Devin casually lounging without a shirt on. His laptop has my seat in his lap,

and he’s talking work chatter into his phone.

“Yeah, all that sounds good. We need to debrief the foreman on the details, but I’ll have Kry

handle all that,” he says with his sexy business tone.

has filled the apartment with its promise of a glorious morning. I giggle to myself when I think of

how we’ll be married in two days.

Devin walks over with a smile invading his perfectly chiseled face, and his body begs me to touch

it. I answer the silent plea, and he grins bigger as my fingers trace the defined lines of his chest and

“I’ll see you then. I’ll be out of town for a month for my honeymoon,” he adds.

“Have a splendid time, sir,” a chipper voice says from the other side of the phone.

“I can assure you I will,” Devin smolders, and then he places the phone on the counter before

fully wrapping me up in his incredible hold.

“Working?” I muse as I draw back to stare up into his eyes while keeping my hands clasped

trying to iron out the details before he bombards me with a thousand questions at the wedding.”

“Well, I’ll just instate a rule that allows for no work chatter at the wedding,” I tease while pulling

him by the band of the pants to come closer to me.

He smirks deviously, and his lips cover mine briefly before his phone buzzes again.

“Welcome back to reality,” I gripe.

He chuckles lightly but keeps one hand holding on to me as he answers.

“What do you have for me, Sheila?”

“Sorry to bother you, sir, but Adisia’s doctor called to change her appointment,” she says

I blush fiercely, and Devin’s eyes narrow in confusion as he cuts his eyes toward me.

“Sorry, but I couldn’t reach her, and they need an answer,” she stammers out, avoiding his

“Tell them to cancel it,” Devin asserts, and then he ends the call.

“Devin!” I admonish a little louder. “You can’t tell me not to go to the doctor.”

“There’s simply no point in you visiting a mortal doctor,” he says with concern. “What’s

I blush even more feverishly now, and he pulls my hand in his while trying to read my face. I roll

my eyes at his silent but relentless inquiry.

“My shot runs out this week, and I’m pretty sure I can’t renew it considering needles bend against

my skin, so I’m going to go on the pill instead,” I mumble out with a little bit of humiliation ringing

“Oh,” Devin chuckles out before walking away to let his laughter roar free.

“Oh? That’s your response? Really? That’s funny to you?” I gripe with my agitation coming out

I throw my hands on my hips as I glare at his back. He laughs even harder while shaking his head

and sitting back down on the couch to sip his coffee through his snickers.

“It is. It’s
very
funny actually,” he muses.

“Why?” I ask in baffled embarrassment.

“Because you don’t need birth control,” he chuckles out a little louder. “We have the ability to

decide when we
do
or
do not
have children. It’s a wonderful little ability that comes in rather handy

for our world. Both people involved have to elect to have a child.”

My face is beaming the brightest shade of red possible, and he continues laughing at my lack of

knowledge on the very embarrassing subject.

“That’s a fine response,” he teases.

I had just blasted him for giving me such a response, and here I am saying the same damn thing.

He’s such an ass sometimes, but he’s adorable when he is.

I fight hard to stifle the insuppressible grin he’s infecting me with, but I finally give up my

impossible endeavor to do so as my smile creeps up too big.

I finally roll my eyes and join him on the couch as he pulls the laptop back into his lap. I grumble

a little as I plop down beside him and pull out the thick wedding folder I’ve assembled.

“I swear I’ll never eat chicken or steak again. I’m sick of both, and we haven’t even made it to

the wedding yet,” I growl as I start sifting through the R.S.V.P. invitations.

The elevator opens, and Kry is the one to respond to my groaning complaint.

“Why are you serving food at all? No one shows up for the food. They come to see you say ‘I

do,’ and then they stick around for the booze and dancing,” he remarks with a mocking touch.

“I’ll take care of the booze,” Deacon adds as he and Camara walk out of the elevator as well.

“I’m not sure the mortals can handle
your
booze,” Devin laughs out.

“I’ll get something for the weaker tolerances,” he promises with a humorous touch.

“Mortals have to have food, and there are going to be plenty of hungry people at the reception,” I

say to Kry’s question. “Besides, I don’t think it’s wise to serve any
booze
Deacon brings without

offering a huge platter of food.”

“It’s been a long time since I attended a wedding with mortals,” Kry adds with a touch of intrigue

lingering on his tongue. “I still think the dancing should be the highlight of the evening. You didn’t

mention anything about it on the invitations,” he scolds.

I laugh a little louder, and Devin stretches his arm across my shoulder as a smile spreads wider

He pulls me close enough to kiss my forehead, and the others begin pulling random things from

the bags they carried in. My phone buzzes, and I walk away from the animated conversations sparking

amongst the others as I answer.

“Well, how does it feel to know you’re not too far from being a bride?” she gleams.

I laugh a little, and then my eyes shift to meet Devin’s smoldering gaze.

“Pretty damn good,” I roll out with a touch of daringness.

“I’d think the same thing. That’s one prime cut of meat you’ve got there,” she crudely inserts.

“Mom,” I gasp as my face flushes, and everyone in the room starts to snicker, including a

“Well, I’m just saying I’m proud of you, dear. Anyway, the reason I called is because your father

needs to know what sort of check we need to be writing,” she insists.

“No check, Mom. We’ve already discussed this. If you want to pay for something, then you can

pay for the space at the inn,” I tease.

“We get that for free,” she grumbles.

“Even better,” I chuckle out.

“Your parents are supposed to pay for the wedding,” she gripes.

“Well, not when you’re marrying someone who refuses to let anyone else pay for anything,” I lie.

“Well, I guess we’ll see you tomorrow,” she says with a grumbling tone. “I can’t believe you’re

not having a rehearsal dinner.”

“I don’t want to ruin the buildup,” I snicker lightly, but Devin seems confused rather than seduced

by my little tease.

“I love you, dear,” she says softly. “I’m happy for you… so happy,” she says with a choking load

I put the phone down, and Devin’s inquisition begins instantly.

“We’re going there tomorrow?” he says with bemusement.

He doesn’t look like the playful man from earlier though. He looks saddened, and I feel like I’ve

just wounded him in some baffling way.

“Why?” he almost whines.

I smile as I walk over and pull the laptop out of my place, and then I take a seat in his lap. My

arms fold around his neck, and his curl around my waist with a somewhat needy cling.

“I need to make sure everything is set up, and the groom isn’t supposed to see bride before the

“I thought you weren’t superstitious,” he adds with a slight bit of anxiety fading.

“I wasn’t, but after what happened last time, I’m not taking any chances. So, no walking under

ladders, no black cats will be allowed to cross in front of me, no mirrors shall be broken, and my

incredible, sexy, wonderful husband-to-be can’t see me before I walk down the aisle,” I joke.

He finally lets a smile break free and his lips envelope mine with explosive sparks. He pulls me

tighter into his arms, and then his pout reemerges.

“When are you leaving?”

“Tonight… after the bachelorette party,” I say softly.

“Will you be staying at the inn?” he inquires.

“No. I’ll be back at my old apartment when I’m not
ironing out the details
, as you say,” I offer

with a subtle touch of humor to lighten his distress.

He’s acting as if I’m leaving him forever, and it’s really starting to tug at my gut. Now I’m

regretting having said anything, and I’m worried I’ll lose my courage.

I want him to be excited to see me at the wedding though, so I think this is a good way to add a

“I don’t like you being away from me for two nights,” he grumbles. “Just leave tomorrow night,

and I’ll drive you out there myself,” he offers.

there tonight so I don’t lose my courage by morning. I’ll end up staying here with you until moments

before the wedding, and you know it.”

He smirks a little, and his arms pull me even tighter to his sizzling body.

“I don’t see that as a problem. It’s very unlikely we would repeat the same catastrophe as last

“I beg to differ. I happen to know with great certainty that lightening
can
strike the same place

He laughs a little and rolls his eyes at my smug little remark. His lips claim mine and Kry

chuckles as he sits down across from us.

“So, is Gemma really coming? I just saw her name on your seating chart.”

Devin grumbles through the kiss as he pulls back.

“That was against my wishes,” my sexy fiancé gripes.

“
You
want her to come?” Kry asks pointedly at me with disbelief etched in his tone.

“Hell no, but Ther does. That’s the only reason she’s invited, and I’ve marked her seat to be

beside his for the reception.”

I laugh a little, and Camara groans in distaste as she plops down.

“Why do you still want me in your wedding party?” she snips.

you. I don’t believe in making the wedding party look lesser than the bride for vanity’s sake.”

smoldering into each other’s eyes. The roll off from you will be enough to douse a room full of

seduction. Do we have a plan to extinguish the flames?” Kry chuckles.

“Not really,” Devin murmurs while pursing his lips. “I hope we can suppress some of it by

refraining from too much intense contact. We’ll just have to keep it a little light. None of Adisia’s

exes are allowed anywhere near the wedding. We don’t need anyone else who has been in love with

her to get infected.”

I sink down from the over dramatized statement, and Devin tries not to laugh at my

Bathing the Lion by Jonathan Carroll
Perfection by Julie Metz
The Vicarage Bench Anthology by Barbour, Mimi
Trespassing by Khan, Uzma Aslam
The Effacing (Book 1.5): Valley's End by Clark, T. Anwar
The Only Road by Alexandra Diaz
The Haunting of Hill House by Shirley Jackson
Becoming Abigail by Chris Abani
The Judgement of Strangers by Taylor, Andrew
Planus by Blaise Cendrars