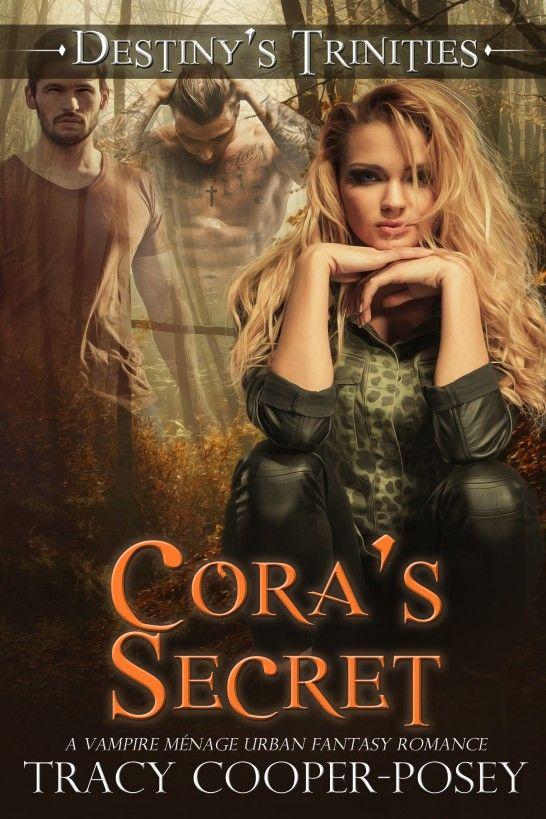 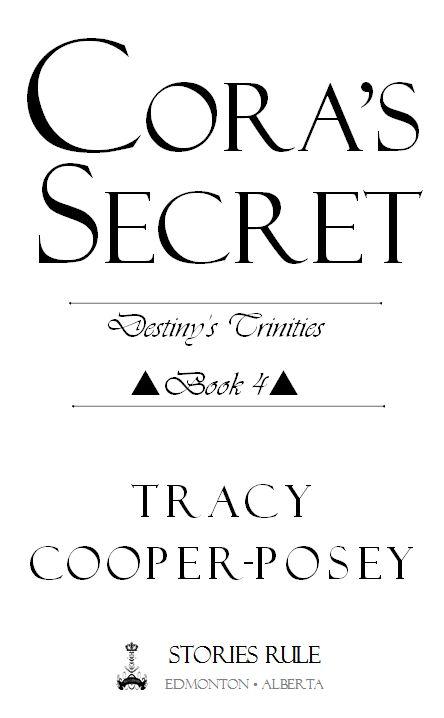 Not all secrets are worth keeping…
Coralee Tate has a secret. Keeping it means living alone, separated from everyone she cares about, so that no one will ever learn the truth. It also means keeping her distance from Rhys Wisherd, the Erie County sheriff, no matter how much she likes him.
Rhys knows that someone or something bad is stalking the people of his county, but he can’t put his finger on the culprit—not until two strangers arrive in town. The first is a tall blond man called Luke who doesn’t think Rhys is paranoid.
The second stranger has a magnetic compulsion that draws both Rhys and Cora into his sphere of influence. Aithan Smith has dark secrets of his own that would normally force him to keep his distance but this time, with these two, he finds he can’t.
The bonding has begun….
Warning: This short MMF vampire romance features two super-hot alpha heroes, multiple sex scenes, including anal sex, MM sexual play, and MMF sex. Do not read this book if frank sexual language and sex scenes offend you.
No non-humans were harmed except for large numbers of Grimoré, who died with satisfactory squeals…
This book is part of the Destiny’s Trinities series:
Book 1:
Beth’s Acceptance
Book 2:
Mia’s Return
Book 3:
Sera’s Gift
Book 3.5:
The First Trinity
Book 4:
Cora’s Secret

Lindal rested his head against the glass of the door that led onto their rooftop balcony and pressed his hand against his chest. His heart was pounding like he had run for miles at full speed, but for the last two weeks he hadn’t done anything more active than pick up a book.

It felt like months, not weeks. Beth and Zack wouldn’t let him do anything energetic at all.

He shifted his head against the cool glass. It was raining outside, a late summer thunderstorm. September, already. He yearned to step out into the rain.

“You okay?” Zack asked, behind him. He had phrased the question to make it sound like a casual enquiry, but Lindal could almost
feel
the worry behind it.

Beth moved into the room, trailing silk and lace, a frown marring the perfection of her face. “I can feel you two getting wound up. What’s happening?”

For the first time in his life, Lindal resented the mental linking that was a part of their bond. It felt restrictive, like too-tight clothing. He couldn’t breathe. “I wish,” he said and sipped at the air, pressing his hand against his chest even harder to relieve the ache, “that you would both just back off and let me be.”

He pushed the door open and the sound of the torrential rain leapt to a thunderous downpour, thrumming against the roof-top.

“Luke!” Beth called anxiously as he stepped out onto the balcony and into the rain. It wasn’t often she dropped back to using his human name. When she did it was usually because she was pissed at him.

This time, he didn’t care. He sloshed over to the edge of the balcony, the water squelching through his bare toes. As he went, he pulled his shirt open. At the railing he lifted his head up and leaned back to let the water pound against his chest.

He could feel his skin relaxing. Even the almost constant ache from the crazy-quilt of scarring and stitches across his chest and stomach eased. He let out his breath, letting everything go.

There was still a tightness in the middle of his chest that the rain didn’t erase. But out here, he could think. He could deal with it.

The thunder shower had passed on and the water had drained away by the time he stepped back inside, shut and locked the door behind him.

The living room was empty. Three big towels were folded up and sitting on the arm of the chair closest to the door. The towels were silent support. They were leaving him alone as he had asked. This was the flipside of the bonding. Almost perfect empathy meant that often, none of them had to explain to either of the other two. They already knew and understood.

Lindal dropped one of the towels to the floor and stood on it while he stripped his sodden clothing off. Then he used the other two to dry off.

The apartment was silent and still. His heart squeezed and guilt touched him. He wrapped the driest towel around his hips and moved around the counter into the kitchen. Now he had settled the problem that had been gnawing at him, he was hungry. It was one of the few times he could remember having an appetite since he had woken after the vampeen attack and found Zack sitting next to him, trying not to cry.

He sighed and looked in the fridge, hoping for inspiration. There was a chef’s salad from Orinoco’s, the deli on the corner of the block. He fished a fork out of the dishwasher and starting eating straight from the carton.

He was nearly done when Zack walked into the room.

“It took her a long while to fall asleep,” Zack said, his voice tight.

Lindal put the salad on the counter, abruptly disinterested in eating.

Zack picked up the carton, took the fork from his hand and began to eat in big, wolfing mouthfuls. He only ate like that when he was stressed.

Zack shrugged, not meeting his eyes.

Lindal dropped his gaze to the tiles under his feet. “Zack…” This was exactly as difficult to do as he had guessed it would be. He forced the words out. “I have to leave for a while.” Then he lifted his head to see how Zack reacted.

Zack had stopped eating. He was looking at him, the predator stare that meant he was thinking hard. He put the carton on the counter. Slowly. “You need time alone,” he said flatly. “Without us.”

That hurt, as Zack had meant it to. Lindal let the petty pain disperse before he spoke again, because he didn’t want it driving his reaction. “I don’t know what I need,” he said. “But I do know I can’t find it here.”

Zack’s jaw was tense. He leaned back against the counter with his arms crossed, fury radiating from every tense line of his body. “We’re not enough.”

“No, that’s
not
it.” Lindal took a step forward, the need to emphasize how wrong Zack was driving him into movement, bringing him closer. “I don’t want to leave. I don’t want to go away at all, but it’s here, inside me.” He caught at his chest. “Something is
compelling
me. I don’t know what it is. I only know I have to leave. I have to go. North.”

“
North
?” Zack looked at him oddly. “What the fuck is north of here?”

“Must,” Zack repeated woodenly. He was back to wearing the sullen expression once more.

Lindal reached for him, half expecting Zack would shrug him off. But when he held his face in his hands, Zack closed his eyes. “I can’t explain this,” Lindal told him. “But I really need you to believe that I’m not leaving you. Either of you. I have to do this and I’m doing it under protest.”

Zack opened his eyes. “It doesn’t make
sense.
” His voice was harsh. “The trinities are formed, the Grimoré are here, the war is winding up for the big finish—eight months and it’s all over. And now you want to head off north, like a migrating goose. Why now?”

Lindal let him go. “I don’t know why. I won’t until I go there. Wherever there is.”

“It’s
not me
doing this!” Lindal cried, then drew in a breath, trying to reach for calm. He’d wake Beth if he didn’t hold it together. “I don’t want to go,” he added, his voice lower.

“Will you tell Beth for me?”

Lindal gripped the edge of the counter. He had failed so far to make Zack understand the driving
thing
inside him, making him uneasy, almost sick with the need to leave, to head north. If he couldn’t explain that, then Zack would never understand that whatever it was that was pushing him into doing this, it was also making it imperative that he go now.

Zack gave a low, short laugh, filled with derision. “If you’re fucking off right now, then you can tell her yourself, coward.”

“He doesn’t have to,” Beth said from the doorway.

Lindal’s heart sank. He looked at her. She was standing in the door, still wearing the silk and lace thing that outlined her curves so agreeably, but her cheeks were wet with tears.

She looked at Zack. “He’s not a coward,” she said softly. “You know that better than anyone.”

Zack swallowed, then shook his head. “You’re right. He’s not. But that doesn’t make any difference. Nothing we say will. He’s leaving.”

“He’ll be back,” she said. “The bonding won’t leave him out there for long. The power of the trinities is what will let us win against the Grimoré. Lindal will be back.” Her smile was tremulous, like she didn’t believe her own words.

Lindal held out his hands. “Please. Please…let me kiss you before I leave,” he whispered. “Both of you. I won’t be able to do this if you don’t let me go.”

Beth floated into the kitchen, all silk and red tresses. She pressed herself up against him and her lips brushed his cheek. “Be safe,” she whispered and kissed him. Her body was hot against his, separated by thin silk. Her lips were soft and her scent enveloped him. Lindal held her tightly and devoured her mouth, wondering when he would get to do this again.

He didn’t want to let her go, but Beth stepped back, out of his arms. Her eyes were glittering with more tears.

Lindal looked at Zack. His arms were still crossed. The anger was muted now. Instead, Lindal could see the misery in his eyes that he was trying to hide from both of them.

He unfolded Zack’s arms by tugging on his wrist, pulling him closer. “When you fight, make sure you’re on Beth’s left side, instead of the right, like you would normally.”

Zack nodded, not meeting his gaze.

“If you’re on the left, it will feel odd because you’re not used to it. You won’t make the mistake of thinking I’m there. You won’t leave her flank unguarded.”

Zack made a choking sound and threw his arm around Lindal’s neck. “I don’t think I can do this…” he whispered. The strength in his grip was almost overwhelming.