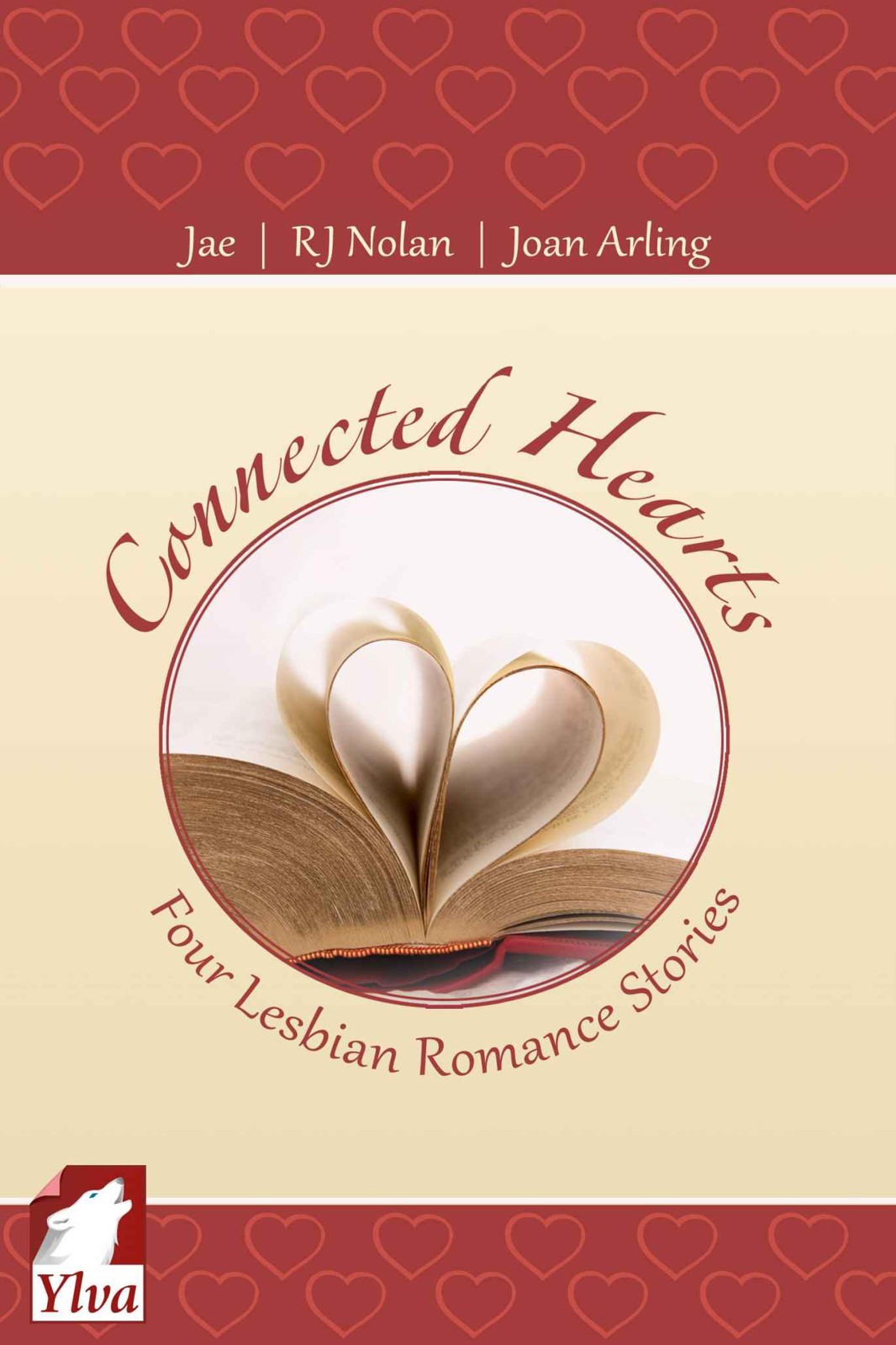 This book is a work of fiction. Names, characters, events, and locations are fictitious or are used fictitiously. Any resemblance to actual persons or events, living or dead, is entirely coincidental.

All rights reserved. This book, or parts thereof, may not be reproduced in any form without permission.

Excerpt from Something in the Wine

Coming from Ylva Publishing in spring 2013

Someone will die before dessert.

Amanda was sure of that. She just didn’t know yet who it was going to be. Either she would die of boredom, or her date would collapse face-first into her smoked salmon mousse, with Amanda’s fork piercing her carotid.

Oblivious to Amanda’s murderous intentions, Val prattled on and on and on. “... and so my parents made a deal that my father would get to name their first child and my mother the second. Oh, and you know what’s really neat?” She clapped her hands.

“No,” Amanda said, drawing on her acting skills to appear at least halfway interested, “what?” She lifted a deep-fried coconut shrimp to her mouth to cover her yawn.

“Val is short for Valentine, so Valentine’s Day has always been my lucky day. I knew as soon as I met you that we were meant to be together forever.”

Amanda nearly inhaled the shrimp. She coughed until her face had surely turned crimson. With two big gulps, she emptied her wine glass and looked around for the waiter. If she wanted to make it through this date, she needed some liquid encouragement. “Meant to be? Um ... Val, this is our first date. Don’t you think that’s a little rushed, even for two lesbians?”

“Oh, not at all.” Val reached across the table and ran one scarlet-painted nail down Amanda’s arm. “True love doesn’t know time.”

Goose bumps followed in the wake of Val’s touch.
Too bad they’re not the pleasant type.
Under the pretense of emptying her glass, which the waiter had just refilled, Amanda pulled her arm away.
All right. I’m out of here.

Before Amanda could think of a polite way to escape this date from hell, the waiter interrupted. He set down the wild-mushroom pasta in front of Amanda, then walked around the table to serve Val’s ricotta ravioli.

Still jabbering nonstop, Val reached for her fork and used it to cut her ravioli into little heart-shaped pieces.

Amanda stared at Val’s plate.
Oh, God, she really has romance on her mind.
She craned her neck, searching for the nearest exit.

“Damn.” Val dabbed frantically at a bit of tomato sauce that had splashed onto her blouse. She rubbed and scrubbed but only succeeded in making it worse. Her chair scraped across the floor as she jumped up. “Would you excuse me for a moment? I need to ...” She waved at her chest and hurried away.

Yes!
Amanda stood too. This was her chance to beat a hasty retreat. But should she really just put enough money on the table to pay for her half of dinner and leave? She threw a longing glance at the exit, then sighed and sat back down.
Too bad my grandmother raised me better than that.
Val might be nuttier than a fruitcake, but Amanda didn’t want to spoil her lucky day forever by leaving her in the middle of their date without any explanation.

Cursing herself, she fumbled her cell phone out of her purse and pressed number one on the speed dial.

The phone rang twice before it was picked up. “Hi. What can I do for my favorite client?” Kathryn asked.

“You can promise to never, ever set me up on a blind date again.”

“Oh.” Kathryn paused. “I take it your date isn’t going well? Rob swore on his brother’s grave that she’s exactly the type of woman you go for.”

Amanda snorted. “Rob’s an only child.”

Paper rustled on the other end of the line. “So Val isn’t your type?”

Hell no,
Amanda wanted to shout, but she forced herself to be fair. “When I first saw her, I thought she was.” Truth be told, Val was exactly her type—at least in the looks department: Wavy, red hair that fell in stylish curls past her slender shoulders. Elegant blouse and a black miniskirt that was sexy yet tasteful. And Val moved with more grace than many of Amanda’s fellow actresses.

“And then?” Kathryn asked. “What happened?”

“She opened her mouth.” Amanda took another sip of red wine.

“Oh, no? How would you like a date that tells you her entire life story—and that of every member of her family—before you can even order dinner? And then she proceeds to plan your future together because she’s convinced you’re meant for each other.” Amanda emptied her glass and shook herself. “I bet by the time we order dessert, she’ll have our children’s lives all mapped out.”

Kathryn laughed. “You’re not kidding, are you?”

“I wish I were.” Amanda raised her hand to summon the waiter. After he refilled her glass, she nodded her thanks.

“Where is your date from hell?” Kathryn asked. “Have you fled to the bathroom?”

“No, she did. She dropped a bit of her heart-shaped ravioli on her blouse.” Amanda kept one eye on the door to the ladies’ room. Val could be back any minute. “Kath, you have to help me. I need to get out of here before she drops to one knee and proposes to me in the middle of the restaurant.”

Kathryn’s muffled giggle reverberated through the phone. “Just tell her Steven Spielberg called and wants you for his next movie, so you need to leave right away to meet with him.”

“Spielberg.” Amanda snorted. “Sure, she’ll believe that. He saw me in the last commercial I did and was so blown-away by the way I held up that dish-washing liquid that he wants to hire me on the spot.”

The door to the ladies’ room opened.

An elderly woman stepped back into the restaurant.

Amanda blew out a breath. “The strangest thing that happened to me is this date. This is like the dating twilight zone.”

“Okay, okay. I’ll think of something and call you back.” Kathryn ended the call.

Only seconds after Amanda put the cell phone away, Val left the ladies’ room and returned to the table. She had clearly tried to remove the stain with water and soap from the bathroom sink, so now her blouse was nearly see-through and stuck to her well-endowed chest.

Down, girl,
Amanda told her libido.
This woman’s like cotton candy. She might look tasty, but she’s bad for you ... and sticky as hell.

Val took a seat and picked up her fork again. Within less than a minute, she had made half a dozen more ravioli hearts. “Sorry about that. So tell me a bit about yourself,” she said. “What did you think when you first met me?”

A piece of mushroom nearly lodged in Amanda’s windpipe.
I think I’ll be the one to die tonight. Asphyxiation, most likely.
She took another sip of red wine.
Or maybe cirrhosis of the liver.

Her cell phone rang to the tones of Madonna’s
Hollywood
.

Saved by the bell.
“Oh, excuse me. I have to take this call. It’s my agent.” Amanda broke a speed record when she reached for her cell phone.

“Oh, Amanda, I’m so glad you’re home,” Kathryn whimpered into the phone with the fake despair of a wanna-be-actress.

“Um ... You called my cell. I’m not home.” Amanda peeked across the table.

Val was watching her expectantly as if she thought her agent had called with an offer from Hollywood.

Damn. Maybe we should have tried that Spielberg excuse.
“What’s wrong?” Amanda asked, adding just a hint of concern to her tone.

Kathryn was less subtle. Crying sounds echoed through the phone, probably loud enough that Val could hear them. “My husband just filed for a divorce.”

Which one?
Amanda nearly asked. Kath had been divorced three times and was currently as single as Amanda. “Oh my God! Sweetie, I’m so sorry. That’s just awful. What a bastard.” Amanda smashed her fist onto the table. Her wine glass wobbled, and she made a quick grab to prevent it from toppling over. “Just wait until I get my hands on that cheating, lying ...”

The crying turned into heaving sobs.

“Don’t cry. I’ll come over and either kill him or make him change his mind.”

Kathryn blew her nose. It sounded like an elephant. “You’d do that for me?”

“Of course. I’ll be there as soon as I can.” Amanda ended the call and slid her cell phone back into her purse.

When she glanced up, Val was staring at her. “You have to leave?”

“Yes. I’m really sorry. It was a wonderful evening, and I’m sorry to see it end.”
Wow, I deserve an Oscar for managing to say that with a straight face.
“But my agent really needs me tonight. Her husband just filed for divorce.”

“Oh my God! On Valentine’s Day?” Val pressed both hands to her damp chest. “Believe me, I would never do something like that to you.”

Yeah, that’s for sure. Because I won’t let it come to that.
Amanda forced a smile, laid a few bills on the table, and got up.

Val jumped up. “Do you want me to come with you? I could—”

“Oh, no, no,” Amanda said so fast that she nearly tied her tongue in knots. “You stay and enjoy the rest of your dinner. I’m sure Kathryn would hate for anyone else to see her like that.”

Slowly, Val sank back onto her chair. “You could come over to my place once you’re finished with your agent.”

Sweat broke out along Amanda’s back.
Christ. How do I get out of this one?
“I can’t,” she said. “I’ll probably stay over at Kathryn’s. She shouldn’t be alone tonight.”

“You’re so thoughtful.” If Val had been a comic character, her gaze would have sent little pink hearts in Amanda’s direction.

“Um, yeah. That’s me.” Before Val could ask for a second date, Amanda waved and hurried out of the restaurant.

Amanda leaned against the driver’s side of her car and exhaled slowly, feeling as if she had just narrowly escaped death. She reached for her cell phone and again pressed number one on her speed dial.

“Did you make it out of the twilight zone?” Kathryn asked without even saying “hi.”

“Yeah. Thank God.” Amanda dabbed her brow. “And by the way, your acting is abysmal.”

Kathryn snorted. “What do you expect? There’s a reason why I’m the agent and you’re the actress.”

“Yes, because being an agent pays better,” Amanda said.

Amanda fished her car keys out of her purse. “If you see Rob, tell him he owes me—big.”

“Will do. Oh, and Amanda? Happy Valentine’s Day.” Kathryn hung up before Amanda could answer.

Shaking her head, Amanda put away her cell phone. When she reached out to unlock the door, her gaze fell on a flyer tucked under the windshield wiper. She reached around and pulled it free.