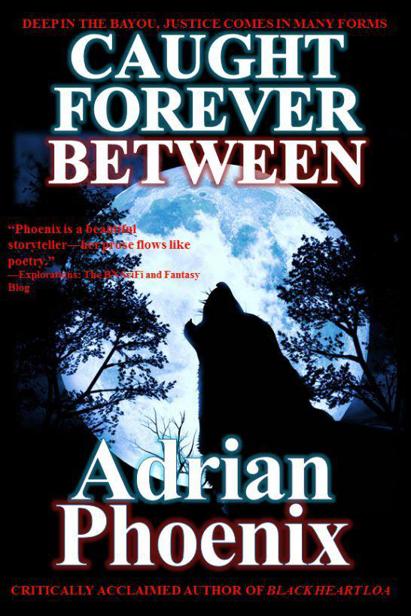 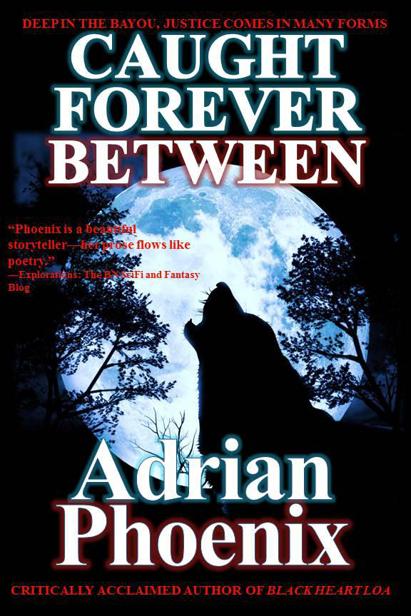 This e-book is licensed for your personal enjoyment only.

By KnightinKat
This e-book may not be resold or given away to other people. If you would like to share this book with other people, please purchase additional copies. If you’re reading this book and did not purchase it, or it was not purchased for your use only, then please return to Smashwords.com for your own copy. Thank you for respecting the hard work of this author
.

Discover other titles by Adrian Phoenix on
http://www.adrianphoenix.com

Other Works by Adrian

T
earing
down the yellow crime-scene tape, Cass keyed open the door to INNER EYE TATTOO and stepped inside. Closing the door, she glanced around the shattered shop she and Alex shared.

Broken glass from the windows glittered like mica on the stone-tiled floor and on the sofa; night-glo inks, their pungent odor lingering still in the humid air, smeared the walls, ceiling, and floor in neon-bright Rorschach designs. Almost everything had been bashed or ripped apart — the computer, the phone, Alex’s patterns and sketches and, behind her . . .

Cass turned, glass crunching beneath her Doc Martens, and looked past the remains of the sterilizer and the tat gun scattered on the bloodstained floor.

Alex’s blood. Clotted and dried into eerie designs that rivaled some of his best work —

Throat tight, Cass looked away. Whoever had done this had hated Alex, hated him in secret until it had finally burst free, spattering the shop with a bitterness so thick she could feel it still; smell it bile-rank beneath the spicy-sweet odors of boiled shrimp and cayenne, magnolias and chicory coffee drifting in through the broken windows.

A week since That Night and Alex remained in a coma at Charity Hospital — would her Michelangelo dream forever? Never again open his eyes? — and
nothing
had been done.

Just like nothing had been done when her mother was murdered fifteen years ago in Boise.

Switching on the fan, Cass sank down onto the client lounger. She sighed in relief as the fan’s breeze dried the sweat on her face and throat. The warm rush of air plastered her black mesh tank top against her perspiration-dampened skin and fluttered the hem of her red plaid skirt. From outside, jazz and faint laughter from Dumaine Street floated in to mingle with the fan’s determined hum.

Another sultry N’awlins night. Her seventh night in hell. And counting — until Alex opened his eyes again.

If,
a traitorous part of her whispered, repeating the doctor’s words.
If.
And even then, he could remain in a vegetative state, blue eyes open, but empty. Forever.

Cass pulled her feet up onto the lounger and wrapped her arms around her fishnet-clad legs. She shut her eyes and rested her chin against her knees. She felt like a little kid again, no longer eighteen, longing for the comfort of embracing arms.

In the darkness behind Cass’s eyes, an image of her mother formed — the only one she had — bending over Cass’s bed, long red hair shadowing her face, but something glittered — fairy sparkles? magic dust? tears? — on her mother’s cheeks as she reached for Cass and shushed her, saying in her husky voice that everything was all right.

Cass often wondered what had brought her mother in to comfort her — a nightmare? fever? simple love? She’d asked Helena once. Her sister had stared at her, dark eyes shadowed by long red curls, looking so eerily like their mother in that moment that Cass’s heart had started pounding hard and, for a split second, she’d been terrified of what Helena might say. In the end, though, Helena had shaken her head, and said, her voice low and taut, “Geez, Cass, I don’t know. I was on my own then.”

Cass half believed that Helena still wished she was on her own, not saddled with a kid sister. Helena had followed the free trade South, teaching Cass the Art along the way and with the years. They’d always had to hide since Helena refused to go legit, refused to join the Tattoo Artists Union, refused to be anyone’s apprentice. Preferred to be an ink-slinging outlaw.

They’d settled in New Orleans when Cass was thirteen. That was the year they’d discovered that Cass was an Intuitive — an artist who could see into and symbolize the inner person.

Helena had abruptly stopped teaching her, insisting she wasn’t qualified. Helena had found someone who could, though — Alexander “Michelangelo” Paris — another Intuitive and an apprentice to a
legitimate
ink-slinger. Over the next five years, between his regular duties, Alex had guided and taught Cass.

And when, six months ago, Alex had opened his own shop, and Cass’d left Helena to be his apprentice, she’d seen darkness brewing in her sister’s eyes and, beneath her cigarette-and-vanilla scent, Cass’d smelled something bitter.

The cops were dicking around, and the Union pretended to make an effort, but nothing was being done to find Alex’s shooter. So Cass’d sent word that she sought justice through the streets, bars, and botanicas of the French Quarter, and even into the Projects. Sought justice and would pay for it.

Her mother’s murder had never been solved, but that wasn’t going to happen with Alex.

Tinkling bells, followed by the swoosh of the front door swinging shut, roused Cass. Her eyes flew open, and she jumped up from the lounger, heart thudding.

The woman standing just inside the door appeared to be in her late fifties or early sixties. She wore a simple, flowered sundress and sandals. A red scarf hugged the gray-streaked black curls framing her face. Gold hooped through her earlobes and encircled her wrists, bright as sunshine on her cypress-brown skin. Her gaze met Cass’s. Cass’s skin prickled. Power radiated from the woman, dark and bayou-steeped.

“Be you M’selle Danger?” the woman asked.

Cass nodded and smoothed down her skirt. “Actually, it’s Danzinger, but I work under the name Cassandra Danger . . . ma’am.”

“I be Gabrielle LaRue.”

“Ma’am. I wasn’t expecting an answer so . . . soon,” Cass said, more than aware of the shattered glass, ink, and blood on the floor. “I thought maybe . . . well . . . that I’d have to . . . ”
What?
she wondered, her fingers pleating her skirt.
Undergo some midnight ritual, give a secret handshake, slaughter a chicken?

“I don’t have time for that kind of nonsense,” the
mambo
snorted, as though Cass had spoken aloud. “How can I help you,
m’selle
?”

“Cass, if you please, ma’am,” she said, forcing her fingers away from her skirt. Pondering how to answer the
mambo
’s question, Cass glanced into her eyes. Their hazel depths tugged at her like quicksand, and the harder she struggled, the deeper she sank. Gabrielle’s scent — dark earth, water, and incense — whirled into her, dizzied her.

The
mambo
clasped Cass’s hand; cool fingers latched around her wrist. “What is it you need?”

Cass shook her head and forced her gaze down to their linked hands. Summer dusk and pale winter noon, their hands. She felt the sudden urge to draw. She shook her head again, trying to focus.

“My Michelangelo. . . . ” Cass said, then lapsed into silence. There were no words for what she needed to say. Still holding the
mambo
’s cool hand, she turned. She looked at the dried blood pooled on the floor, the designs streaking across stone tiles and spattering one wall. “My Michelangelo,” she whispered.

The woman beside her drew in a breath. “Ah,” she said, squeezing Cass’s hand, then releasing it. “The blood’s been spilled, child. You can’t put it back. Name the thing you want.”

“I want Alex to open his eyes,” Cass said, her gaze still on the floor. “And justice. I want justice.” She glanced at the
mambo.

A wry smile curved Gabrielle’s lips. “So,” she murmured. “Justice.” She shook her head. The
mambo
stepped gingerly to the counter, glass and other broken things gritting beneath her sandals. She traced a design on the counter with a long-nailed finger.

“I wonder if you know what that truly means or what shape it can take,” Gabrielle said. Her finger stopped moving. She turned to face Cass. “Or how cold and brutal justice can be.”

“Colder than a bullet to the head?” Cass asked, throat tight. She strode over to the wall. With a trembling hand, she tore down one of the tacked-up patterns. Whirling, she held the blood-spattered paper up for the
mambo
to see. “More brutal than that?” She shook the pattern. “If so, then it’s justice I want.”

Lips compressed, Gabrielle stepped forward and gently tugged the pattern from Cass’s fingers. She looked at it for a long moment, then folded and tucked it into a pocket in her sundress. She sighed. A deep line creased the skin between her eyebrows. She held Cass’s gaze, and Cass thought she saw something submerged like a ’gator in those hazel depths.

“It won’t change a thing. You understand?” the
mambo
said. “The bullet still fired . . . the blood still spilled. And your Michelangelo, his eyes still closed.”

Cass dropped her gaze. Outside, summer thunder rumbled across the sky. She remembered Alex sprawled on the stone floor, his head pillowed on her lap; remembered her hand pressed against the wound, his blood hot against her fingers.