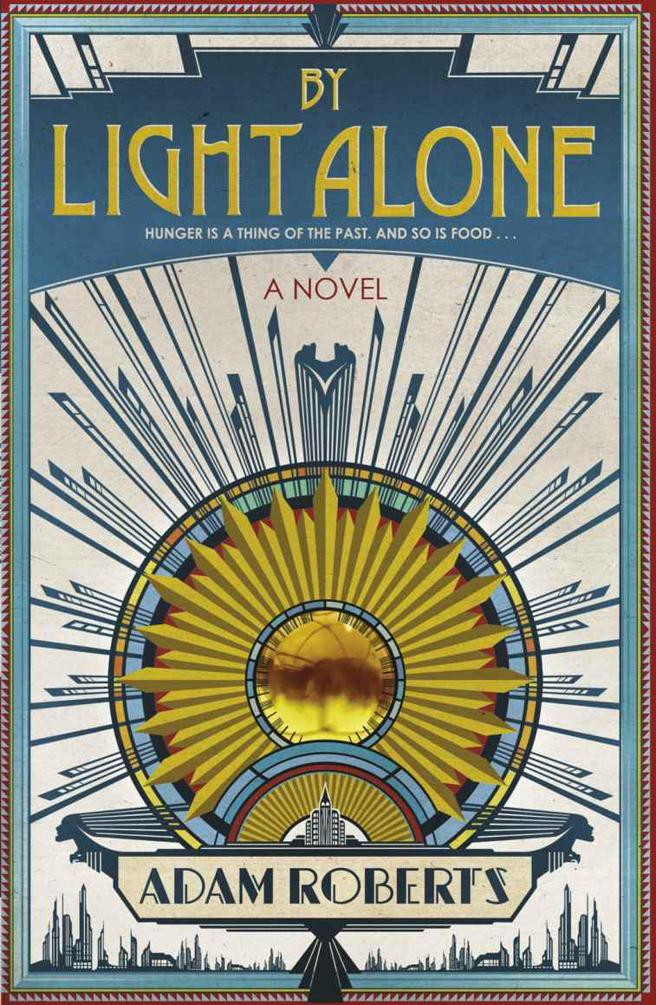 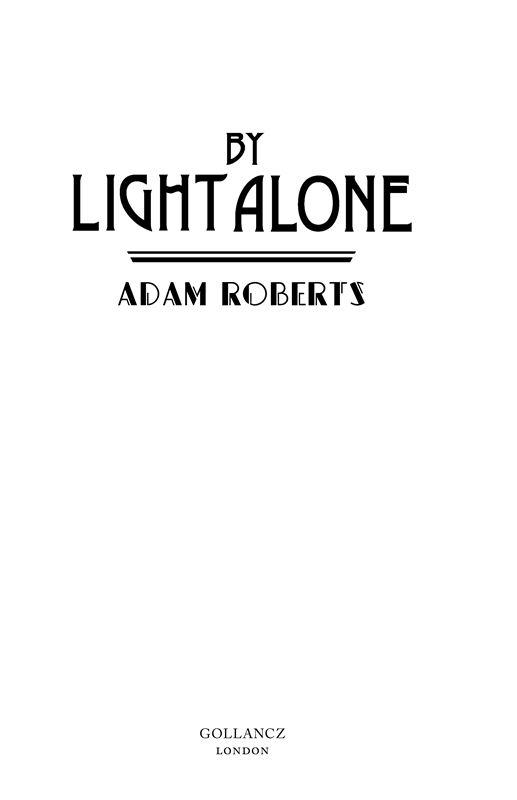 ‘The masses are lovable; they are kind, decent, tolerant, practical and not stupid. The tragedy is that there are too many of them, and that they are aimless, having outgrown the service for which they were encouraged to multiply. One day these huge crowds will have to seize power because there will be nothing else for them to do, and yet they neither demand power nor are ready to make use of it: they will only learn to be bored in a new way.’

Some of them wore their skis like clown-shoes. They tripped and tumbled and then they struggled, with comic laboriousness, to get back on their feet. But some wore their skis like the fins of fish or the wings of birds in the white medium, and made fizzing, sinusoidal passage down the mountainside. They were the effortless ones. There are, after all, two sorts of people in the world. ‘It’s like the moon,’ somebody said, and George, eavesdropping (fiddling with the buckles on his boot), knew what they meant. Not the actual moon, of course, which is tarmac-coloured and desolate. But the ideal moon, that shining platinum shield in the sky. That
white
place.

He had a vantage. A spaghetti of ski-trails leading down the mountain. These were braids of hair: they were Rapunzel paths. George looked around and around, amazed.

Strands of his soul were escaping out of his mouth.

The landscape was a purified ideal of white, and the sky put down a kind of swallowing brightness. The trees lost their trunks in amongst all the radiance, becoming floating piles of dark green. Behind them the hotel, and its many balconies, looked like a chest with all its drawers pulled out. Plus a white witch’s hat of snow on its sloping roof. That tune kept going through George’s mind.

You know the one. He tried to get himself into a good launch position, rotating his skis with myriad little crunching steps, and orienting himself with respect to the downwardness of the mountain. Whilst he laboured, Marie swooped by with insulting ease, stopping dead with a shimmy and a little flume of snow.

‘I think I’ve blistered my heel,’ he said.

‘You
do
look bothered,’ she replied.

So he tried to move on, but the tips of his skies crossed and he tumbled. A draught of scalding snow went in under his collar and down his neck. Writhed, he writhed, like an upended beetle.

‘You handle your skis like chopsticks,’ crowed Marie, neatly reorienting her body downhill with one hop. ‘Like big fat
chopsticks
.’ And then she was off, leaning perilously far forward – or so it seemed to her husband – but somehow
not
falling, instead vanishing with a blissfully fluid rapidity. Her legs were tucked into a double bend, like a corporal’s stripes. She went up a prominence, stood for a moment on empty air and then shot down out of view.

George Denoone levered himself upright. He leant on his poles for a moment. Sweating inside his suit. There were little beads and crusts of ice on his eyelashes, like sleep. His breath produced a spectral foam in the clear air. Away on the right others were being dragged up-piste by their various drones – mostly resort machines, although a few swankier individuals had their own personal floaters. Everywhere else myriad people in their harlequin-coloured suits swerved and twisted their way down towards the big double-haven McDonald’s M in the white valley. Shocking pinks and olives; bright purples and lime greens; any colour contrast so long as it jarred, and all laid against the amazing extent and brightness of the white ground.

‘Come on George,’ he told himself, gasping. ‘Come along and
down
we go.’

In the sky above, high in the zenith, a blimp was trundling. Seeding the high air with whatever it was they used to get the snow to settle in the night. ‘Off we go,’ George said again. He didn’t move.

Somebody swooped and crunched to a halt beside him, with that little spray of white powder from the flank of her ski. ‘Hulloa George,’ she boomed. It was Ysabella, the Canadian woman. She was the one married to what’s-his-name, tall man with the pudding-y face. The one with the jug ears and the green eyes. Green as old dollar bills, Marie said.

‘Why, it’s Y,’ said George, glad of the distraction. That was his little joke, that ‘why’ and then her name; on account of her spelling it with ‘Y’ like that. They had only recently met, but already they were at the stage of shared little jokes.

‘We were watching you from up there,’ she said, skewering the air near George’s shoulder with her pole. ‘Peter said you should positively join the circus.’ She laughed like a car alarm.

‘It’s this design of skis,’ George said. ‘This antique design. They’re hard to line up. When Marie and I stayed at Saint Moritz last month, the skis were Zephir brand, that—’

But Ys was away, with an expert swank of her muscular rear-end. She plunged ferociously in a straight line, straight down. Her mauve, blob-shaped shadow rushed after her across the snow, like a faithful dog eager to catch her, but doomed to disappointment.

George shuffled himself further closer towards position. Snow was adhering to his suit all down the left side; powdery but clumping like overcooked rice. ‘Now or never,’ he told himself.

Trying to remember all the things needful, he pushed off. Lean forward. Tuck your arms
in
. Legs, so. The skis won’t straighten themselves, like modern boards do: you need to keep them parallel by effort of mighty will, and by the clenching of sore leg muscles. He moved slowly, with an audible crunching sound. And then – abruptly, it seemed – he was
flying
downslope, hurtling with insane and dangerous abandon. He howled. He really howled out loud. He couldn’t stop himself. As he strained to put his body through those ineffectual resistances against gravity’s hostile intent, the possibility of all the harm that could befall him gushed into his mind: colliding with some obstacle; disappearing into a cartwheel of limbs and a breaking wave of exploding snow; snapping an armbone, a legbone – or a spine, or a neck. Swerving uncontrollably towards the jagged-looking trees on the left-hand side; colliding with a fat coniferous trunk with enough vehemence to stave-in his ribs, or punch out his chin. Or else simply to die of fright as he hurtled – faster and faster, he was going. When the railways first came, people thought that travelling faster than a horse’s canter would flat kill the passengers. Lungs can’t suck in the air from the whoosh of the slipstream; the heart can’t cope with the adrenalin overload as the world warp-drives around you. The trees seemed to lean under the pressure of his enormous velocity. The frozen air lashed his face. His uncovered mouth, his goggleless eyes.
Warp
drive.

And then the fastest portion was behind him. The slope gentled. The padded barrier, the left-hand arch of the terminal

, loomed up. The snow whistled contentedly under his blades. He leant to the left and tucked his knees in, more by instinct than anything. A satisfying skirt of ice-dust rose glitteringly from his ski-edge. And then it was all over, and all the terror had been magically alchemized into exhilaration. Marie was waiting for him, her skis over her shoulders like a soldier’s rifle. Oh he was
hyper
, like a little kid, and stomping towards her. ‘Did you see me?’ he boomed. ‘Did you see me
fly
?’

Seduced by the American Millionaire by Chance, Lynda
Richard by Aelius Blythe
The Child by Sarah Schulman
Merry and Bright by Jill Shalvis
Icing on the Cake by RaeLynn Blue
Haley's Man by Daniel, Sara
FREED (Angels and Gargoyles Book 2) by Brenda L. Harper
TheWolfInside by CarrieKelly, Kelly
Watson, Ian - Novel 16 by Whores of Babylon (v1.1)
If I Had You by Heather Hiestand