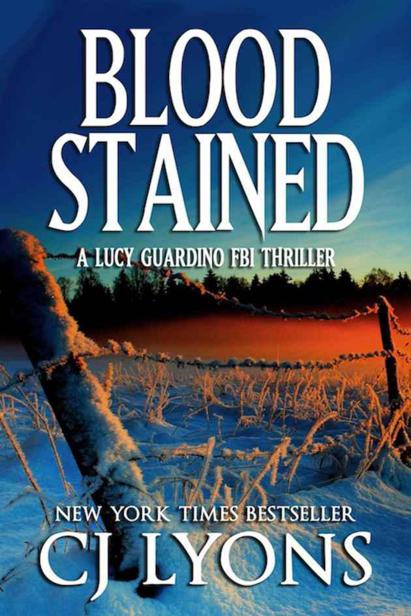 "An intense, emotional thriller…(that) climbs to the edge of intensity." ~National Examiner

"Riveting." ~Publishers Weekly Beyond Her Book

Lyons "is a master within the genre." ~Pittsburgh Magazine

"Will leave you breathless and begging for more." ~Romance Novel TV

"A great fast-paced read….Not to be missed." ~Book Addict

"Explodes on the page…I absolutely could not put it down." ~Romance Readers' Connection

An accountant from Lawrence, Kansas has a wife who is constantly cold. Summer or winter, she wears long sleeves and wraps her neck in silk scarves. Secretly he wondered if she was still self-conscious about the scars left by a car accident that almost killed her right after they first met in college.

Back then, when she vanished without a word for three weeks, he'd been angry she didn't have the courage to break it off face-to-face but also afraid he'd done something wrong and frightened her off.

Being a freshman in college, away from home for the first time, left him intoxicated with his first taste of independence yet terrified of facing the future alone. But then she returned, their passion rekindled stronger than ever before. Three months later they married. Five months later the baby came—scandalous to any who bothered to do the math, but given the birth was premature and the baby so small, he thanked God for a miracle.

Life was good. She opened an antique store and he delighted in lavishing her with silk scarves whenever he saw any that matched her beauty.

Sometimes nights were bad. She'd cry out in her sleep, pummeling him as if he were a stranger. He'd hold her tight until she quieted. Those nights he'd stare into the dark, not quite daring to pull back the curtain on their perfect lives. Nevertheless, stray suspicions would slip into his mind.

What kind of car accident left those scars? And the child. Pronounced "fey" and suffering from "bad blood" by his great-aunt who at a doddering ninety-four said anything she damn well pleased, why did the child stare at them both not as parents or elders or even fellow human beings, but rather as if they were playthings?

Just as sleep overtook him, a strange voice whispered treachery:
Was the child even his?

Then morning would wake him with its smells of coffee and pancakes, all doubts erased, thankful to be living such a perfect life with such a perfect wife and child.

Until their child was taken. Their little Morgan. Only eleven. Vanished.

Witnesses said Morgan had gone off with a boy, just a little older, much taller. Police, state and local, searched. The FBI helped. Even the milk carton people. A private investigator ate through their savings, but produced neither answers nor comfort.

That night as he held his wife, he didn't see sorrow or despair in her face. Instead he saw a relief that mirrored his own.

They slept peacefully as they never had before. They woke the next morning, moved on with their perfect lives.

That was two years ago…

She could handle all that.

Like the everyday quarrels of a multi-agency squad fueled by adrenalin, long on ego and short on patience. A mountain of paperwork on her desk grown so tall, if she leaned too far forward the topmost sheet wouldn't give her a paper cut, it would decapitate her.

And condescending defense attorneys aiming to crucify her on the witness stand. Like the one pacing before her now.

"You carry a gun, don't you Special Agent Guardino?"

They were in the federal courthouse on Grant Street. An old building with high ceilings, dark oak paneling, marble floors that were killers on the arches as you stood waiting because there were no benches or chairs in the spacious hallways, and wicked drafts. Even in her best wool suit Lucy still had goose bumps.

"Objection." The Assistant US Attorney sounded bored. "Supervisory Special Agent Guardino did not coerce Mr. Plushenko into giving a statement."

"Sustained." The judge barely looked up from whatever he was reading. Probably the crossword from the way he paused, scratched a few letters, then paused again.

The defense attorney gave an elaborate "says you" shrug, but bowed his head graciously to the judge and continued, "You were armed when you intimidated my client—"

"Sustained." Now the judge did look up. "Counselor, please control your rhetoric to the facts established."

"I'm sorry, your honor. I guess I'm at a loss how to characterize Ms. Guardino's need to bring a forty caliber semi-automatic pistol to a simple conversation with a sixty-seven year old legally blind retired plumber as anything other than intimidation."

"You've made your point. Move on."

Nothing like being talked about as if you weren't there. Lucy was used to it, but she could see the jury getting restless. She shifted slightly in the hard wooden chair of the witness stand, smiled at the jury in sympathy, kept her posture relaxed. A little shrug and head tilt, let her hair graze her shoulder. So sorry this bozo is wasting your time.

The defense attorney hastened to stand in front of the jury box, bringing their attention back to him and his client, who sat in a Sunday suit complete with frayed cuffs and an out of date striped polyester necktie. Simple workingman, just like the folks on the jury. Old. Wearing the dark glasses of someone who recently had eye surgery. He coughed into his fist. And sick.

Anything but a child molester.

This was why Lucy hated court. Everyone playing a role. Nothing to do with the truth. And very little to do with justice.

"Special Agent Guardino." The attorney pivoted abruptly as if accusing Lucy. "Didn't you kill a man two months ago? And aren't you scheduled for a mandatory psychiatric evaluation?"

"Objection!" Now the AUSA was interested. Unfortunately, so was the jury. They perked up; suddenly realizing this FBI agent was
that
FBI agent, the one all over the news in September. "Relevance."

"Goes to the witness's state of mind when she interrogated my client."

"Supervisory Special Agent Guardino
interviewed
the defendant months before the incident the counselor is referring to."

Technically the good guys—Lucy and the prosecutor—were winning. But the defense had definitely steered the jury where he wanted it: believing Lucy a trigger-happy vigilante who terrorized his client into making self-incriminating statements.

Lucy refused to play along with the lawyer's games. She smiled at him. Ever patient. Looked over at the jury again, took a moment to make eye contact with each of them.

The man she'd killed threatened her daughter, Megan, and murdered four people. Lucy had no regrets. Except that afterwards the powers-that-be curtailed her forays into the field and chained her to her desk where a dutiful Supervisory Special Agent living up to her title should be.

She missed being out in the field.

Until a few weeks ago she had the excuse that she was the only woman in her squad certified in undercover work. The FBI took its UC ops very seriously. There was a special training course, exhaustive testing, and, of course, reams of paperwork.

Now she was the one filing the paperwork to send her people into the field. Including a new addition to the team, Jenna Galloway, a female postal inspector certified for UC work. Replaced by a glorified mailman. Mailwoman. Whatever.

"The night you raided my client's home," the defense attorney continued, "how many armed men were present?"

"The evening of July tenth as we executed a routine search warrant of the premises, I was accompanied by a Special Agent with expertise in computer forensics, the Immigration and Customs Enforcement agent who originally intercepted the defendant's child pornography and traced it back to his home computer as part of the Innocent Images Initiative, and two evidence recovery technicians."

Of course she didn't mention that if Plushenko owned any weapons or appeared to pose any threat to anyone other than seven-year-old boys, a fully armed strike team would have accompanied them.

Lucy continued, "That's two male federal agents carrying their service weapons as required by law, two unarmed technicians, also both men, and myself. At no time did anyone draw their weapons." She snuck the last in before the attorney could cut her off, earning her a scowl.

He could have objected but it wouldn't have looked good to the jury, so he changed tactics. "If you were a sixty-seven year old man blind with cataracts would you have been intimidated by such an overwhelming show of force?"

The AUSA jerked his chin, ready to protest the request for her to speculate. Lucy shook her head and he kept his mouth shut. He stared at her suspiciously. Lawyers never liked it when a witness took control of the proceedings. They preferred to be the only ones with a script.

"In deference to Mr. Plushenko's age, I personally escorted him to the kitchen and made him a cup of tea while he read the search warrant. In fact, that's where our conversation took place. At the kitchen table." Lucy folded her hands on the horizontal ledge of the witness stand and leaned forward earnestly, her posture open. Unlike the defendant who had slumped so far down in his chair, he threatened to slide under the table.

Lucy loved kitchens. It was amazing the things people would say in the comfort of their own homes, especially to a petite, pleasantly smiling woman with a sympathetic ear. Someone who never judged, who let them talk openly, honestly about the urges that taunted them day and night, urges they could never confess to anyone.

She wasn't allowed to reveal the contents of their conversation—the defense had seen to that, although he couldn't suppress the fact a confession had been obtained. That little fact made it to the newspapers, which forced him to address it here in court. If the AUSA had been allowed to play the recording Lucy had made of her conversation with Plushenko, this trial would have been over days ago.

The defense attorney turned back to his notes, gesturing to his client to sit up straight. Lucy smiled at the jury. Just a tea-making, good-listening, Italian-American soccer-mom here.

What the jury didn't realize, of course, was how absolutely relieved men like Plushenko were to have someone to talk to. They wanted—needed–a chance to talk. Not to brag, not usually. Most often it was as if they sought absolution. Or at the very least acceptance. Some indication that what they did, what they
wanted
to do to little children, was okay. Not perverse.