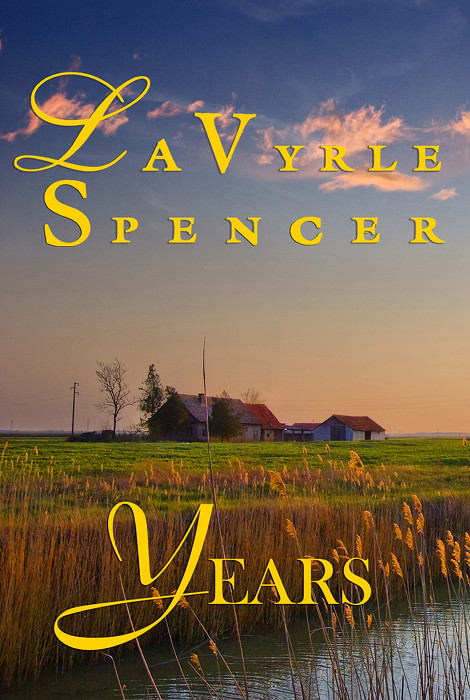 L
INNEA
B
RANDONBERG WAS
neither asleep nor awake, but in a whimsical state of fantasy, induced — this time — by the rhythmic clatter rising through the floor of the train. Her feet rested primly together and often she glanced down to admire the most beautiful shoes she’d ever seen — congress shoes, they were called — with shiny, pointed patent leather toes giving way to smooth black kid uppers that hugged not only her foot but a good six inches of ankle as well. Miraculously, they had no buttons or ties, but slipped on tightly with a deep gusset of stiff elastic running from mid-shin to below the ankle bone on either side. But best of all they were the first shoes she’d ever owned with high heels. Though the heels added scarcely an inch to her height, they added years to her maturity.

He would be there at the station when she arrived, a dashing superintendent of schools who drove a fancy Stanhope carriage for two, drawn by a glossy blood-bay trotter...

“Miss Brandonberg?” His voice was rich and cultured, and a dazzling smile broke upon his handsome face as he removed a beaver top hat, revealing hair the color of rye at sunset.

“At your service. We’re all so delighted you’re here at last.
Oh, please allow me — I’ll take that valise!” As he stowed the suitcase in the boot of the carriage she noticed the sleek fit of his black suit coat across nicely shaped shoulders, and when he turned to help her into the buggy, she noted the fact that his celluloid collar was brand new, stiff and tight for the occasion. “Careful now.” He had marvelous hands, with long pale fingers that solicitously closed over her own as he handed her up.

A reed-thin whip clicked above the trotter’s head, and they sped away, with his elbow lightly bumping hers.

“Miss Brandonberg, to your left you’ll note the opera house, our newest establishment, and at the first opportunity I hope we can attend a performance together.”

“An opera house!” she gasped in ladylike surprise while delicately steepling five fingers over her heart. “Why, I didn’t expect an opera house!”

“A young lady with your looks will put the actresses to shame.” His smile seemed to dim the sun as he approvingly scanned her narrow shoes, her new wool serge suit, and the first hat she’d ever owned without a childish wide brim. “I hope you won’t think me too bold if I say that you have a definite flair for clothes, Miss Brandonberg...”

“Miss Brandonberg?” The voice in her fantasy faded as she was roused by the conductor, who was leaning across the empty aisle seat to touch her shoulder. “Next stop Alamo, North Dakota.” She straightened and offered the older man a smile.

He touched the brim of his blue cap and nodded before moving away.

Outside, the prairie rolled by, flat and endless. She peered out the window but saw no sign of the town. The train lost speed as its whistle sounded, then sighed into silence, leaving only the
clackety-clack
of the wheels upon shifting steel seams.

Her heart thumped expectantly, and this time, when she placed a hand over it, there was no pretending. She would see it soon, the place that had been only a word on the map; she would meet them soon, the people who would become part of her daily life as students, friends, perhaps even confidantes. Each new face she’d meet would be that of a total stranger, and for the hundredth time she wished she knew just one person in Alamo. Just one.

There’s nothing to be frightened of. It’s only last-minute nervousness.

She ran a hand up the back of her neck, checking the hairstyle she wasn’t yet adept at forming. Within the crescent-shaped coil around her head, the rat seemed to have slipped loose. With shaky fingers she tightened several hairpins, then checked her hatpin, smoothed her skirt, and glanced at her shoes for a last dose of confidence just as the train huffed out a final weary breath and shuddered to a halt.

Dear me, where is the town?

Lugging her suitcase down the aisle, she glanced through the windows, but all she could see was the standard small-town depot — a wood-frame building painted the color of a rutabaga with six-over-six windows flanking a center door that faced a waiting platform whose roof was held up by four square posts.

She eyed it again as she emerged from the dusky depths of the passenger car into the bright September sun, the metal steps chiming beneath her smart new heels.

She glanced around for someone who might look like a superintendent of schools and quelled her dismay upon discovering only one person in sight, a man standing in the shade of the depot porch. But judging from his mode of dress, he was not the man she sought. Still, he might turn out to be a parent of one of her students: she flashed him a quick smile. But he remained as before, with his hands inside the bib of his striped overalls and a sweat-stained straw hat shielding his eyes.

Forcing a confident air, she crossed the platform and went inside, but found only the ticket agent, busily clicking the telegraph behind his caged window.

He turned, pushed a green celluloid visor higher on his head, and smiled. “Yes, miss?”

“I am to meet Mr. Frederic Dahl here. Do you know him?”

“Know who he is. Haven’t seen him around here. But have a seat — he’ll probably show up soon.”

Her stomach began to tighten.
What shall I do now?

Too nervous to sit still, she decided to wait outside. She took up her station on the opposite side of the veranda from the farmer, set her valise down, and waited.

Minutes passed and no one came. She glanced at the stranger, caught him studying her, then self-consciously snapped her
attention to the train. It huffed and hissed, spit out funnels of steam with each breath, but seemed to be taking an inordinate amount of time to be on its way again.

She chanced a peek at the man again, but the moment her eyes turned his way, his quickly darted toward the door of the train again.

Theodore Westgaard studied the train steps, waiting for the new teacher to emerge, but a full three minutes ticked by and the only person to alight was the thin young girl playing grownup in her mother’s hat and shoes. His eyes were drawn to her a second time, but again she looked his way and self-consciously he shifted his attention toward the door of the train.

Come on, Brandonberg, let’s get going. I’ve got harvesting to do.

From a pocket on his bib he withdrew a watch, checked the time, and shifted his feet impatiently. The girl glanced his way again, but their eyes barely met before her attention skittered down the train track as she crossed her wrists beneath a folded coat she was holding.

He studied her covertly.

Sixteen or so, he’d guess, scared of her own shadow and hoping nobody could tell. A cute little thing, though that hat with the bird wings looked ridiculous and she should still be in pigtails and flat-heeled shoes.

To Westgaard’s surprise, before anyone else got off the train, the conductor picked up his portable step, stowed it inside the car, and waved an arm at the engineer. The couplings started clanging down the length of the train and it slowly groaned to life, then rumbled away, leaving a magnified silence broken only by the buzzing of a fly about the girl’s nose.

She flapped a hand at it and pretended Westgaard wasn’t there while he grew irascible at having made the trip to town for nothing. He took off his hat, scratched his head, then settled the brim low over his eyes while cursing silently.

City boy. Got no idea how a wheat man values every hour of daylight this time of year.

Angrily he stomped inside.

“Cleavon, if that young whelp comes in on the next train, tell him... aw, hell, forget it. I guess I’ll just have to wait for it myself.” Alamo offered no livery stable, no horses to rent.
How else would the new teacher get out. to the farm when he finally got here?

When Theodore clomped out the door again the girl was facing him with stiff shoulders and a frightened expression on her face. Her hands still clutched the coat, and she opened her mouth as if to speak, then closed it again, swallowed, and turned away.

Though he wasn’t one to speak to strange girls, she looked all bird-eyed and about to break into tears, so he stopped and inquired, “Somebody supposed to meet you?”

She turned back to him almost desperately. “Yes, but it seems he’s been detained.”

“Ya, same with the fellow I was here to meet, name of L.I. Brandonberg.”

“He is not... I mean,
I
am not.” She laughed nervously, then remembered her manners and extended a hand. “My name is Linnea Irene Brandonberg, and as you can see, I most certainly am a woman.”

At that his eyes made a quick pass over her hat and hair, and he gave a disdainful snort.

She felt the blood rush to her face, but stubbornly kept her hand extended, inquiring, “And whom do I have the pleasure of addressing?”

He ignored her hand and answered rudely, “The name’s Westgaard and I ain’t havin’ no...
woman
livin’ in my house! Our school board hired L.I. Brandonberg, thinkin’ he was a man.”

So this was Theodore Westgaard, at whose home she was to board and room. Disheartened, she dropped the hand he still ignored. “I’m sorry you were under that impression, Mr. Westgaard, but I assure you I didn’t mean to deceive you.”

“Hmph! What kind of female goes around callin’ herself L.I.!”

“Is there a law against women using their initials as part of their legal signature?” she asked crisply.

“No, but there should be! Little city girl like you, probably guessed the school board would rather have a man and set out
to deliberately hoodwink them.”

“I did nothing of the kind! I sign all—”

But he cut her off rudely. “Teaching school out here’s more than just scratchin’ numbers on a slate, missy! It’s a mile’s walk, and buildin’ fires and shovelin’ snow. And the winters out here are tough! I don’t have time to hitch up no team and haul a little hothouse pansy to school when it’s thirty below and the snow’s howlin’ out of the northwest!”

“I won’t ask you to!” She was enraged now, her face sour with dislike. How dare they send a garrulous old man like this to greet her! “And I’m not a hothouse pansy!”

He eyed her assessingly, wondering how long a little thing like her would last when an Alaskan northwesterly smacked her in the face and the snow stung so hard you couldn’t tell cold from hot on your own forehead. “Wall” — he drew the word out in a gruff note of disapproval — ” the fact remains: I don’t want no
woman
livin’ at my house.”

He could say the word
woman
the way a cowpoke said
sidewinder.

“Then I’ll board with someone else.”