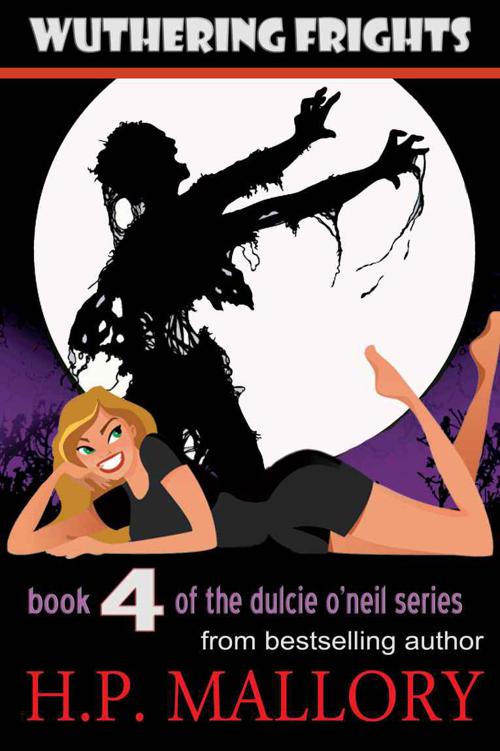 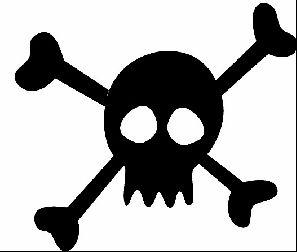 Book
4
of the Dulcie O’Neil series

This is a work of fiction. Names, characters, places, brands, media, and incidents are either the product of the author's imagination or are used fictitiously.  The author acknowledges the trademarked status and trademark owners of various products referenced in this work of fiction, which have been used without permission. The publication/use of these trademarks is not authorized, associated with, or sponsored by the trademark owners.

I dedicate this book to mys
elf seventeen years ago when I
decided I wanted to become a writer and then wondered if I actually had enough talent to make it happen
.
..

To my fabulous mother
: T
hank you for all your help.

T
o my editor, Teri, at
www.editingfairy.com
: T
hank you
for the clean up!

To my husband
: T
hank you for all your love and support.

To the winner of my "become a character in my next book" contest
,
Christina Sabbiondo
:
I hope you
enjoy seeing yourself in print
!

And to my past contest winners
:
Dia Robinson, Caressa Brandenburg and Alexandra Fields Garrity,
I hope you enjoy your return in this book!

It is said that during times of immense fear, shock or heartache, your body does weird things. And I'm here to say it's true. Why? Because I endured all three of those emotions as I stood in front of the Head of the Netherworld, a double-dealing bastard who'd been importing illegal potions from the Netherworld to Earth for Hades-only-knew-how-long. And in dealing with the feelings of fear, shock and heartache, my knees went wobbly and I had to stabilize myself against the bookshelf standing next to me. Afraid I might accidentally blow a hole into the floor, I rested my Op 7 handgun, similar to a Glock 31, on the shelf. Why had my knees suddenly become the consistency of jelly? And why was I now finding it difficult to breathe? Because the bastard standing before me had just informed me that he was my father.

It was almost as if the doors to my brain had blown open in a hurricane because I was bombarded with thoughts and memories—memories of a time long ago, nine years long ago, when my mother was still alive.

In general, I tried to shield myself from thoughts of my mother because those thoughts invariably led to feelings of darkness and depression that would clutch my insides until I could barely breathe. My mother had been killed by a goblin nine years ago, which is why I'd decided to become a Regulator (think, law enforcement agent) for the Association of Netherworld Creatures (ANC) in Splendor, California.

I felt my eyes narrow as I glanced up at the man who called himself my father. It wasn't that I doubted him—I couldn't. If our last names weren't illustrative enough of our shared lineage, the similarity of our faces was—I had my father's emerald green eyes, both in shape and color as well as his high cheekbones. And my mane of honey blond hair seemed borrowed from the man standing just before me, although his hair was now generously sprinkled with grey. But while I was a fairy, my father was an elf. 'Course, he'd failed to mention his elfin ancestry when he'd introduced himself to me as "Melchior O'Neil, your father." But, as a fairy, I possess the ability to detect bloodlines of everyone I meet, his included.

Family likeness aside, it was time I asked a few questions of my own and got some closure on some subjects I'd always wondered about. I’d practically abandoned my search for the answers seeing as how my mother was dead and prior to this moment, I'd never met my father.

"My mother said you left us, that she came to California because she was pregnant with me and you ran off," I managed to say in a constricted, sore voice.

My father nodded but that small smile he'd been wearing since he'd admitted to our familial connections was still in place and still just as infuriating. "Yes, I imagined your mother would say something of the sort." He shook his head like he was amused, like I'd just told him some funny little anecdote about when I was a kid. "That Marjorie ..."

"Then it isn't true?" I demanded, hating the sound of her name on his tongue. And that was when it was pretty clear that I hated him. I felt my hands fist at my sides and glanced down at the floor as I forced myself to count to five. An outburst would do me no good at this point. No, I
had to
maintain my cool while I figured out how to get myself out of this mess. Glancing down, I suddenly remembered I was wearing nothing but my bra and jeans.
In the process of breaking
into the Head of the Netherworld's office, I'd lost my shirt.

Lost a shirt but gained a father ...

"No, it isn't true," my father announced and then turned to face the third person in the room who I could honestly say I'd completely forgotten about since I'd realized Melchior was my father. Quillan, who I'd mistaken for the Head of the Netherworld when I'd broken in and found him occupying my father's chair, was really Melchior's henchman, his right-hand man. And Quillan was also my ex-boss and ex–close friend. But that was a long and convoluted story.

Quillan remained silent and I found it strange that Melchior bothered to glance at him. Did he think Quill might have something to say about the mess known as my family? Instead, my old man looked at me and shook his head slowly.

"I never left your mother. She left me."

I nodded
as
everything
suddenly became
crystal clear. My mother
hadn't wanted
to raise her child in the Netherworld, which was basically a combat zone and
completely
unsafe. More than that, though, I'm sure she didn't want to raise a child with this asshole, Melchior—someone who was, for all intents and purposes, a crime boss.
He
was
making a killing off the black market in the illegal potions trade and was so high up the proverbial ladder
,
he was untouchable.

"Smart woman," I said in the same tight voice.

Melchior said nothing but eyed me with no expression of sadness in his eyes at all—like it was no skin off his teeth that my mother had left him to raise me all by herself, like he could have given a rat's ass that he'd never had a connection with his daughter. As soon as that thought entered my mind, his demeanor changed, as if he'd clued into my feelings and wanted to prove me wrong.

"You look just like her," he said in a haunted tone, something that sounded barren and void. It was as though he was suddenly sad that he'd missed out on all those years, like he was bummed he hadn't been there to potty train me, teach me to ride a bike, or tell me how beautiful I looked on prom night.

The Bitch by Lacey Kane
Most Likely to Die (A Kate Jasper Mystery) by Girdner, Jaqueline
Spain for the Sovereigns by Jean Plaidy
Slow Burn by Michelle Roth
Canticos de la lejana Tierra by Arthur C. Clarke
The Werewolf's Mate by C.A. Salo
To Hiss or to Kiss by Katya Armock
Not Quite a Husband by Sherry Thomas
Blind Ambition by Gwen Hernandez
42nd & Lex by Hofland, Bria