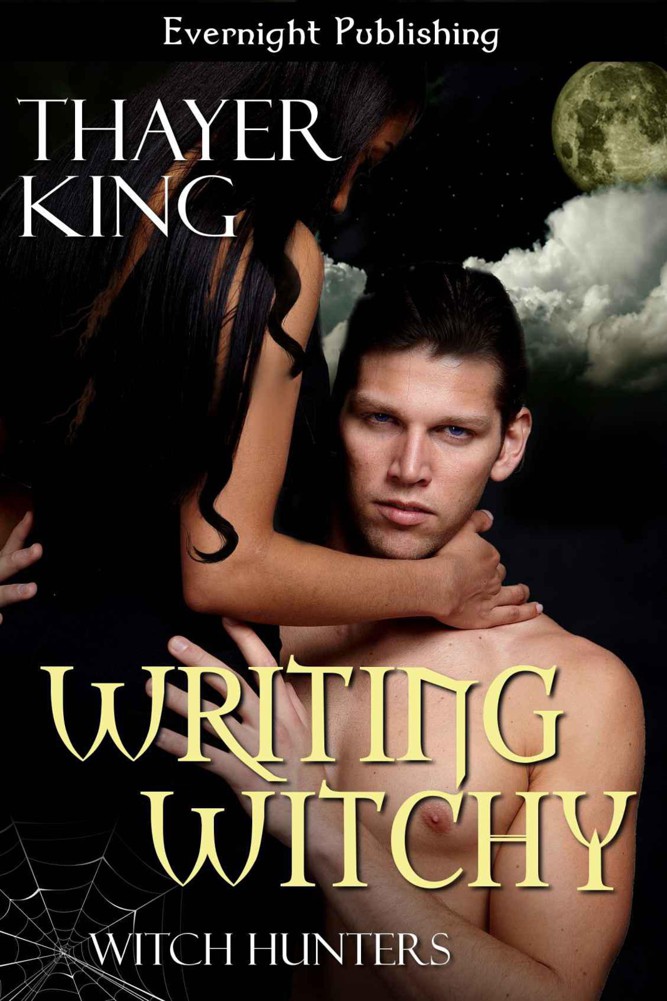 WARNING: The unauthorized reproduction or distribution of this copyrighted work is illegal.  No part of this book may be used or reproduced electronically or in print without written permission, except in the case of brief quotations embodied in reviews.

This book is dedicated to all my readers. Thanks for taking this journey with me.

Imani Tolliver handed the
Harry Potter
books over to the teenager with a smile. “Enjoy.” As the girl joined her mother at the glass double doors of the library, she spotted the next customer in line and her smile waned. The man–––Keith Savage, one of their regulars––was tall, above six feet, with thick black curls and electric blue eyes that reminded her of neon signs. He was even more handsome in person than he was on the back of his book jackets. His stare communicated a depth of longing that threatened to singe the ends of her curly hair. Sweeping over the oval of her face, down her neck, and then her chest, his gaze unsettled her before stopping at her waist, where the counter separated them.

Imani gulped
and pushed her wire-framed glasses up the bridge of her nose. She wondered what he saw when he looked at her like that. She didn’t dress to attract the attention of men. Her white blouse was old fashioned and barely skimmed her breasts. The beige pants she wore were serviceable, but nothing to incite excitement. And because the head librarian liked to keep the temperature just above freezing, she was huddled beneath a comfy yet unappealing cream and blue knit sweater with wooden buttons. Its best days were past, and balls of fuzz adorned the cuffs, elbows and other spots of frequent friction. Put together, the ensemble made her appear a shapeless, overweight blob.

But the way he stared at her seemed to burn
through the frumpy clothing and right to the core of her. Standing before him, she felt bare. She hated that feeling and she hated him for inspiring it. While many women would have been flattered to be noticed by a handsome man, she was resentful of it. It could go nowhere, and his attention only served to remind her of her situation.

He’d been absent from their library for three or four weeks
, and she’d hoped he was gone for good. No such luck. Calling upon her store of patience, she asked, “How can I help you?”

He offered her
just a small smile, but it didn’t matter. With his looks, it was devastating. “Yes, I was looking for a book. Your computers indicate that it’s here, but when I was searching the shelves, I couldn’t find it. Can you help me?”

Imani suppressed a groan. “Sure, what’s the name of the book?”

“Imani,” interrupted Stephanie, the head librarian, “I’ll assist Mr. Savage. These are ready to be returned to the shelves.” She indicated a cart stacked high with books.

Imani
nodded, hiding her amusement at the older woman’s antics. Stephanie’s approach was about as subtle as a sledgehammer. Imani rolled the cart away, but not before seeing Keith Savage wince as Stephanie leaned forward. The tactic, designed to reveal her generous bosom, and inadvertently surrounding the unwary in a cloud of cloying perfume, served only to cause her victim to cough and back away. Stephanie was convinced that she was the reason he frequented their small library. But then, according to Stephanie, she could have any man she wanted with a snap of her fingers. While Stephanie was a stunning redhead in her mid-forties and Imani admired her confidence, she believed Keith frequented their library
in spite
of Steph’s flirting and not because of it. Though he was a famous author, he was low-key and never demanded special treatment. If asked to describe him, Imani would have used the words
shy
and
quiet
.

Glancing back
, she caught him staring after her. Was his gaze wistful, or was that her imagination?

She was in an empty
corner of the library when she looked down at the cart and suppressed a curse.  The books were in no semblance of order, despite all the times she’d hinted to Stephanie that it was counter-productive not to organize them on the cart before attempting to return them to the shelves. She wheeled the cart over to a nearby table and began to unload the books.

“Hi,” said a hesitant
, deep voice. Imani turned to find Keith Savage standing behind her. His approach had been silent. Imani glanced down at his sneakered feet. “Stephanie indicated that the book I’m looking for might be with you.”

“And she didn’t come with you?”
Imani couldn’t believe Steph had let him out of her sight.

He looked away and he gave her another of his small smiles. “There was a line of customers waiting to check out books.”

Imani checked her watch. It was only four. They didn’t close for another hour. The rush for the door didn’t usually start until at least half-past. Not that the “rush” would be more than two or three people. She shrugged. “What was the name of that book?”

“I don’t want to take you from your work. Would it be okay if I take a quick peek through the piles?”

“That’s fine with me.” She turned back to sorting while he looked through the stacks she had already placed on the table.

“How long have you worked here?”

“Do you mean here at the library, or do you mean living here in Montesano?”

He was watching her, his hand sweeping over the bindings of the books, but he wasn’t reading the titles. Imani realized he was attempting small talk with her.
Ugh, why me
, she thought. She picked up her speed. Her tone was cool as she responded. “It suits me. It’s peaceful, but close enough to Aberdeen and Olympia.”

He nodded as though she’d said something profound.
“Um, I was wondering if you’d like to go out to dinner? With me?”

She sighed. “You’re barking up the wrong tree.
You seem like a really nice guy.”
And famous, and rich, and gorgeous
, she tacked on mentally but didn’t say. She didn’t want to encourage him. “But I don’t date.  You should ask out Steph. It would make her day.”

He paused, frowning.
“You don’t date, or you don’t date…” He cleared his throat and ran a hand through his hair. “Men?”

“I don’t date.”
She held up a hand before he could continue. “And before you ask, I don’t care to explain why. Have you found your book?”

“Maybe you should come back tomorrow. It’s sure to be back in its place and will be easier to find.”

He nodded. “Thank you, Imani.”
With one last glance at her, he backed away. Relieved that the awkward conversation was over, she released a pent-up breath as he left. She’d had her suspicions where he was concerned.

Saying no to him wasn’t easy
. No sane woman liked turning down such a hunk. But she had her rules. Never had she been so tempted to break them. Sternly, she reminded herself that she was content being alone. It was better that way. She had Asha and her hobbies to keep her fulfilled. And if she kept reminding herself of that, it would be easier to believe.

Imani settled down on her couch and turned the volume on the television down. She placed her cup of tea within reach and opened the book in her lap. It was actually the latest novel in Keith Savage’s
Wizard Warriors
series. Not only was he easy on the eyes, he was a brilliant writer. His books were impossible to put down.

Her cat Asha leapt onto the sofa next to her. She completed a rotation before curling into a ball and began a vigorous cleaning of her black fur.
Imani gave her a quick pat. After a quick glare in her direction, Asha cleaned the area she had patted with manic zeal. Imani laughed and shook her head.

An hour passed without her noticing it. The wizard hero was confronting the evil troll he suspected of kidnapping his sister
, when Imani’s doorbell rang. Asha rolled over onto her back and stretched. Her green eyes closed. The prospect of company was not going to disturb her nap.

Placing her bookmark, Imani
got up to answer the door. She was surprised to see her best friend and neighbor standing on her porch. She welcomed her friend with a warm hug. Thea was a new teacher. Buried under a pile of homework and test papers, she rarely ventured out during the week. Though school was out for summer, Thea was still tied up with additional education courses. And to supplement her teacher’s salary, she was tutoring at a learning center.

“I’ve got some good news,”
Thea said, biting her lip and bouncing up and down. “Dwayne and I are having a baby!”

“That’s wonderful
news!” She hugged her friend again, knowing how important this was for Thea. She’d lost a baby in her first trimester a year ago, and she and her husband had been trying to conceive ever since. “How far along are you?”

“
Three months. I’ve known for about a month, but Dwayne said it was best to keep quiet for a while. I’ve been dying to tell you.”

Imani leaned back to survey her friend’s trim figure. “You’re still as thin as a stick.” And it was true. Thea didn’t look like she had gained a pound. Her friend had skinny genes that she envied. Everyone in her family was thin. Thea ate whatever she wanted and never gained weight.

A Long Thaw by Katie O'Rourke
Intrusion by Cynthia Justlin
Daughters of Eve by Lois Duncan
Unconditional surrender by Evelyn Waugh
Chasing Mona Lisa by Tricia Goyer; Mike Yorkey
The Alpha's Ardor by Rebecca Brochu
Oceans of Fire by Christine Feehan
Captured Love by Jane Lark
'Til Death Do Us Part by Mark Tufo
The Blue Executions by Norris, George