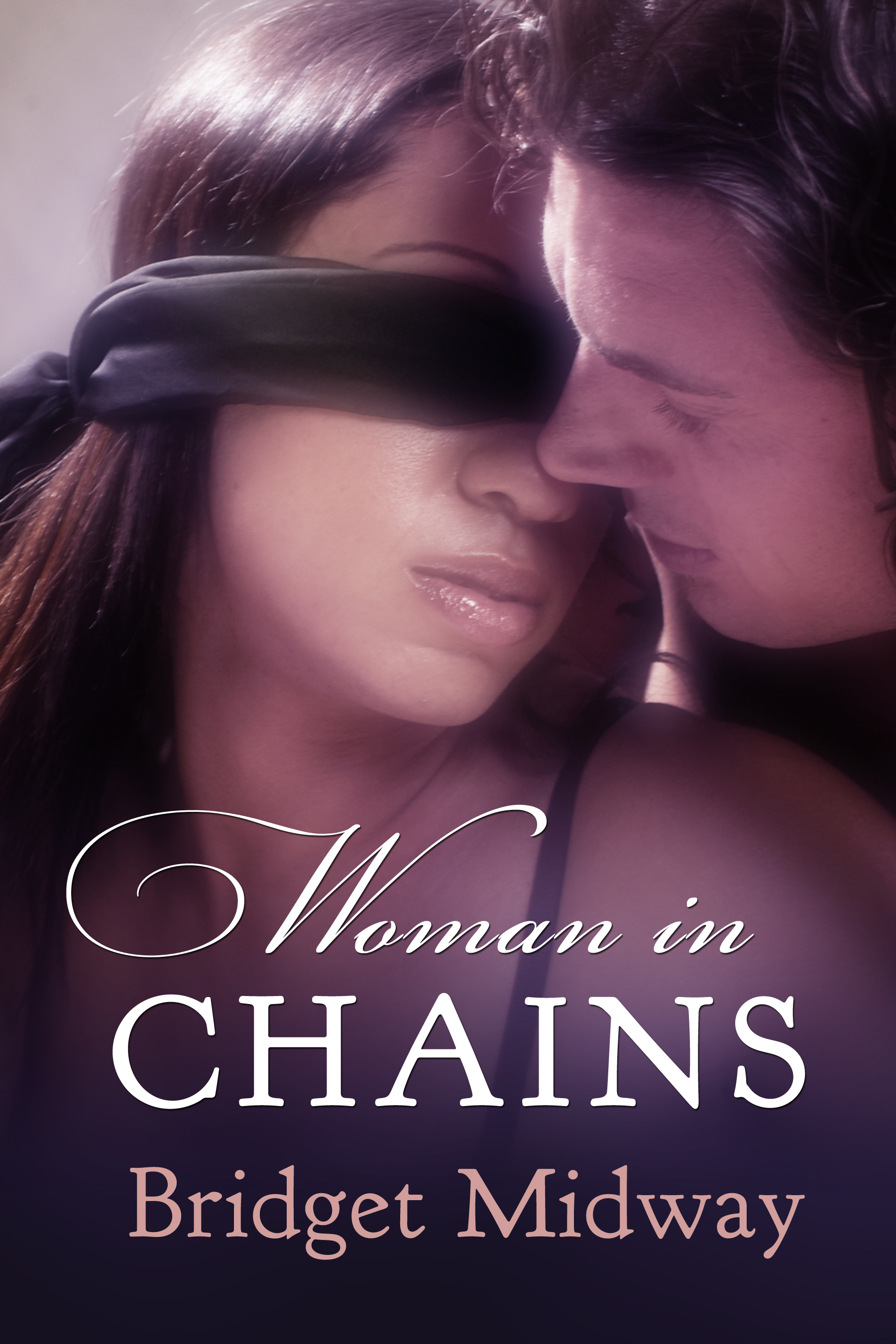 intended for the enjoyment

out of the hands of children.

An imprint of Celeritas Unlimited LLC

All rights reserved under the International and Pan-American Copyright Conventions. No part of this book may be reproduced or transmitted in any form or by any means, electronic or mechanical including photocopying, recording, or by any information storage and retrieval system, without permission in writing from the publisher, Celeritas Unlimited LLC, 6457 Glenway Avenue, #109, Cincinnati, Ohio 45211, [email protected]

This book is a work of fiction. Names, characters, places and incidents are either the product of the author’s imagination or are used fictitiously, and any resemblance to any actual persons, living or dead, events, or locales is entirely coincidental. The publisher does not have any control over and does not assume any responsibility for author or third-party websites or their content.

Payment of the download fee for this book grants the purchaser the right to download and read this file, and to maintain private backup copies of the file for the purchaser’s personal use only.

The unauthorized reproduction or distribution of this or any copyrighted work is illegal. Authors are paid on a per-purchase basis. Any use of this file beyond the rights stated above constitutes theft of the author’s earnings. File sharing is an international crime, prosecuted by the United States Department of Justice Division of Cyber Crimes, in partnership with Interpol. Criminal copyright infringement, including infringement without monetary gain, is punishable by seizure of computers, up to five years in federal prison and a fine of $250,000 per reported instance. Please purchase only authorized electronic or print editions and do not participate in or encourage the electronic piracy of copyrighted material. Your support of the author’s rights and livelihood is appreciated.

Dakota Ricci hesitated before patting the hand of the woman sitting across from him at Gertie’s Diner. Dak hated this part of the assignment—the handoff.

“What’s your name?” He scanned the nearly empty diner while making sure his rescue remained calm. The habit of being aware of his surroundings would never break. Once a SEAL, always a SEAL.

In a whispered tone, she started to say, “I was called—”

“No!” Dak didn’t mean to snap at her, but after everything he’d gone through in the last couple of hours, and after what this woman had experienced, she didn’t need to hold onto any former labels. When he saw her jump at his exclamation, Dak softened his tone. He had to remember that he didn’t have a captured enemy in front of him. “I want to know your real name. What name did your parents give you?”

“Julianne.” She wrapped her small, pale hands around the coffee mug sitting in front of her and hung her head low enough that her chin touched her chest.

Steam rose from the mug as Julianne struggled to bring it to her mouth. Dak didn’t have to sit next to her to notice her hands shaking. Coffee splashed outside of the cup and onto her fingers and the table.

“It’s okay.” Dak cut her off before she called him something that no longer fit him. He pulled out a couple of napkins from the dispenser and helped clean up the mess.

As though he’d chopped the heads off kittens and set them in front of her, Julianne stared at him with her mouth agape. Dak had to show her that she didn’t have to be stuck in her role. She could break free like he had. She could be her own person.

“I should wipe up the mess, Sir.” With her slender fingers, she attempted to take the soiled napkins from him.

“It’s not a big deal. You just relax and drink your coffee.” He held onto her hand.

As soon as he touched her, Dak noticed how cold she felt, despite it being a fairly warm September night. In the sweatshirt and plaid flannel jacket he’d brought for her, Julianne appeared tiny in the oversized clothes.

Dak could bring all of the provisions in the world, but there would always be an aspect that fell through the cracks. Even with clothing two sizes too big, Dak still considered the recovery effort a success.

He set her hand back on the tabletop. She rolled one of the sleeves of her jacket up, exposing her wrist. Seeing the black and green bruises, and the cuts that ringed her bony wrist, twisted Dak’s gut into a knot.

Discipline and bondage he could understand. Hell, he’d doled out enough of both in his lifetime. He’d left some cuts, welts, and bruises on the submissives and slaves he’d played with in his past. He couldn’t condone or support torture in any form.

When Gordon contacted him about Julianne, about the abuse she’d endured from her former master, Dak had, as usual, felt compelled to do what he did best, swoop in and rescue her.

Luckily for Julianne’s Dom, the man hadn’t fought when Dak took her away. Usually confrontations like that didn’t go over very well. Then again, the Dom stood a good foot shorter than Dak’s six-foot-six inch height. Backing down had been the wisest thing the Dom had done.

As soon as he thought about short Doms, Dak glanced at his watch, wondering what kept Gordon from getting to the pickup place on time. He’d called him almost forty-five minutes ago to let him know he had completed the assignment. Then again, after this handoff, Dak would go back to an empty home...alone.

“Am I making you late for something?” Julianne flattened the palms of her hands onto the table and kept them there.

“No. Just wondering where your ride is.” Dak had chosen the table where they sat because it allowed him a great bird’s-eye view of traffic going by the diner.

Traffic. More like two two-lane roads that met at the corner stop sign in front of the restaurant. The far out country section of Virginia Beach tended to be almost Mayberry-like. Living at a slower pace suited Dak and his new lifestyle.

“Are you a Dom?” Julianne chewed on her lower lip as she peered at him from under a veil of her dark brown wispy bangs.

Hoping she asked simply to know how to address him, Dak answered, “You can call me Dak.”

Julianne stared at him, her large brown eyes drawing him in and making him feel guilty. He had seen this woman naked when he’d rescued her from Master Iron Hand. Maybe she expected Dak to open up to her a bit, too.

Not since he’d released Lil’ Mary, his last submissive. Releasing her had bruised his ego. She’d desired a type of discipline that he couldn’t accommodate. He could wield a whip and handle a cane like other trained Doms and Dommes. When it came to dishing out verbal humiliation, he couldn’t and wouldn’t do it.

What had started off with Lil’ Mary as names said in the heat of passion, like calling her his little slut or whore—her idea, not his—quickly became her need for further humiliation.

The more humiliating the names, the happier Lil’ Mary became, and the more repulsed Dak had become. He blamed his aversion to the derogatory name-calling on his time in Naval Academy training and hearing his commanding officer calling him worthless and stupid.

When Dak realized that he couldn’t fulfill Lil’ Mary’s needs and they couldn’t come up with a compromise, he’d released her. Last Dak had heard, she now served Master Blade, a Dom known for being mentally and physically rough with his submissives.

Dak never thought that releasing Lil’ Mary would make him want to turn away from the Lifestyle completely, the one thing in his life that gave him comfort, control, and satisfaction. He’d never quit at anything. Her release screamed of failure. If he couldn’t give this one submissive what she wanted, how the hell could he be any good to anyone else?

“I would have pegged you as a Dom.” Julianne twirled her mug around on the table. “How did you know, um, about me?”

The waitress stopped by the table. Flashing a pleasant smile at both of them, she topped off both coffee cups and asked if either wanted the pie of the day, cherry. Dak shook his head.

Once he answered, Julianne brought her gaze up and stared at Dak as though waiting for him to give her permission to respond. Old habits, he surmised. Dak sighed. Had she been his submissive, he would have been proud of her response. Since she didn’t owe him her servitude, her hesitation felt more like a punch in the gut rather than giving him that familiar jolt of lightning through his body from watching a properly trained submissive.

He raised his eyebrows, and the gesture prompted Julianne to respond. She shook her head. Then she went back to staring at the table again.

After the waitress walked away, Dak continued, “A Dom, Sire Steel, heard from another Dom about you. I guess you and your former Master attended a play party recently.”

The mention of the party Dak had been told about made Julianne wince as though the rough memory haunted her. Dak had heard about just one instance of this asshole’s abuse of his submissive.

Although some submissives and slaves liked their faces slapped, a hard punch to the face that rendered a person unconscious qualified as a sign of abuse, especially since other party members had heard her uttering her safe word for the play to stop.

Dak took a sip of his hot coffee before continuing his explanation. “Someone at the play party informed Sire Steel. Steel contacted me.”

“Why you?” The more Julianne spoke, the stronger her voice sounded.

Dak hoped that it wouldn’t take the pale beauty long to find her voice so she could tell her next Dom or Domme exactly what she liked.

Seeing her smile finally made Dak grin like a kid finding the last colored Easter egg.

“Okay, rough, hard, painful. Overall, though, everything should follow our credo: safe, sane, and consensual.”

Giovanni's Room by James Baldwin
Giving It All by Arianna Hart
La Linea by Ann Jaramillo
Chasing the Fire (Backdraft, Fully Involved, Flashover) by Kathryn Shay
Billie Holiday by John Szwed
Elk 01 The Fellowship of the Frog by Edgar Wallace
Spellbound: A magical sequel to Bewitched by Daisy Prescott
Dreaming of You by Ethan Day
MMA Romance: Path to Submission by T. A. Lesner
Tesla by Vladimir Pistalo