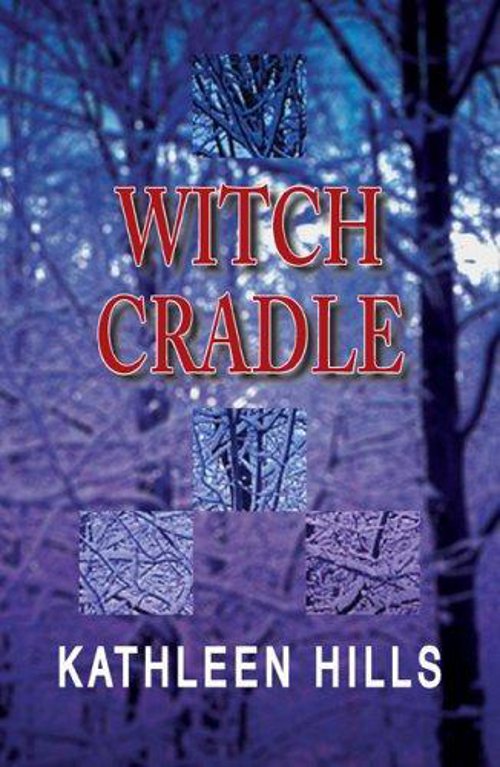 And now the year of the great decision

WASHINGTONâGovernment, industrial, and scientific leaders came up yesterday with “cloudy but cautiously optimistic forecasts” for 1951.

In the brief brilliant flash John McIntire glimpsed his wife's face, lips waxen, eyes open and staring. He turned to draw her close, but she caught his hand and clutched it to her breast, rigid as a corpse grasping a lily.

For a moment the only sound was the movement of her head on the pillow as she shook it in denial. Her chest, under his hand, rose and fell in tandem with her rapidly beating heart.

A crack louder than a shot from any gun ripped through the blackness. Like a dynamite blast in reverse, it was followed by a drawn out electrical-sounding hiss. A power pole struck? McIntire rolled to free his ear from the pillow and imitated his wife's deathlike pose. A flash of light. Again a resounding blast heralded a crackling sizzle. He pried Leonie's chill fingers from his and crept from beneath the blankets, trying not to let too much cold air take his place. He shuffled to the window with only memory and a slight draft to guide him, dragging the bedside rug along under his feet to avoid contact with the frigid linoleum.

Outdoors the night was as solid as it was in the room. McIntire used his sleeve to wipe the steam of his breath from the glass. Lightning flared, exposing a fantastical tableau. In the greenish luminescence, every surface, from the layer of snow on the ground to the twisted limbs of the apple trees and the barbed wire fencing, glittered as in a sheath of glass. The fairytale vision remained for only a second before being erased by the night, like a bizarre half-recalled dream.

Light flickered again, the color of seawater. The cock on the weathervane raised jeweled wings into an ink-black sky. A limb on the maple split from its trunk with an explosive crack, and the source of the hissing became clear as its crystal coating splintered and slid to the ice-encrusted snow.

“It's ice,” McIntire said. “It's raining, and ice is building up on the trees. It's breaking the branches.”

The almost imperceptible rustle of her head on the pillow was Leonie's only response.

He remained mesmerized at the window. Each flash of lightning, each glimpse, teased for another that would be missed if he blinked. For the briefest possible time, the transformed world was disclosed with perfect clarity and vanished before he could grasp and hold it in his consciousness.

His trance was broken by a blast like an exploding bomb. After what seemed like minutes, a shudder ran through the room, quaking the floor and rattling the windowpanes in their frames. “A tree down somewhere,” he said without turning. “It's not close, but it was a big one.”

No sound came from the bed. McIntire tore himself from his vigil and slid back under the quilts, mindful of his frigid feet. He gathered his wife's paralyzed body to his chest. Light flickered green. Crashing, crackling, sizzling punctuated the constant background rumble. A war zone. In thirty years of military service McIntire hadn't experienced an enemy attack. Leonie had.

He put his mouth to her ear. “It's almost morning,” he said and repeated, “It'll be over soon.”

Frosted silver stillness. Saplings twisted into grotesque sculptures; spruce trees turned to slender spires, bowing to one another in a graceful dance, jeweled boughs sweeping the snow; wires transformed into a criss-cross of swags strung with miniature icicles. Soft white and crystal. If there is an afterlife, Mia thought, let it be like this. A mystical secret world she could walk into wrapped in a cape of white fur, gliding weightless among the trees, and disappear forever.

She forced her gaze toward the far edge of the yard where a jagged circle of exposed earth gleamed in a sickening wound. Behind it, an intricate tangle of roots, ripped from their impossibly shallow bed, reared up in a gargantuan lacework fan. How had such a fragile grip on the earth sustained the huge tree for so long? Kept it erect through at least a hundred winters, probably a whole lot more, finally to succumb to the weight of a quarter inch of frozen water?

In the flickering green light, Mia had seen the movement in the branches, had heard the rush of air as it fell and the blast of splintering wood when it met the trunk of its twin. The two towering pines had hit the ground together with the impact of an exploding bomb. The illusion of breaking glass as the coating of ice loosed its hold had merged with reality when the window at which she stood shattered.

She'd spent the remaining hours of night in her mother's old rocker. While all creation cracked and crashed down around her, she rocked, bundled in a patchwork quilt, praying for, and dreading, the approach of day. She knew what the morning would bring, knew that it was going to be yet another irreversible step in a sad and relentless trek away from the past.

She buttoned her husband's plaid mackinaw up to her chin and lifted her blue wool kerchief from the back of the chair.

“I can do it.” She pulled the scarf over her head.

She let him take the coat from her shoulders.

His hand shook as he poured a half cup of coffee. He stood next to the pot-bellied wood heater, alternately blowing and sipping.

“It looks like it might have grazed the back of the barn. Lucky they didn't fall this way.”

Mia gave a noncommittal “hmph.” If luck had been with them, the trees would still be standing. “What do you want for breakfast?”

“I'll wait 'til I get back in.” He placed the cup on the table and continued to stare out the window.

At last he moved to the porch and pulled on his rubber overshoes. Minutes passed as he fumbled with the buckles. It would be far easier on both of them if she just did it for him. After fastening only the top two, he straightened up with a look of triumph on his face, and Mia felt a sudden ache in her chest and a twinge of shame at her impatience. “Nick,” she said, “be careful you don't get yourself electrocuted.”

He pulled his cap over his ears. “I don't think we'll need to fret over any juice coming through those wires for quite a while.”

She remained at the window, watching as he walked away from the door. He looked small andâ¦what? Old, that was it, he looked
old
, older than he would ever live to be, leaning into the wind, his hands dangling ape-like at his sides, scuffling uncertainly along the frozen path. When he stepped off the path and put his attention to navigating the litter of fallen branches in the knee-deep snow, he was more the Nick she knew, undaunted and determined to the point of belligerence.

At some distance from the house he paused and turned to look up at the roof. His grimace said that they'd not been so lucky with some of the crashing limbs. He waded to the car and gave a thump on its roof, not budging the ice that coated it. Mia once again felt irritation bubbling in her chest as she watched him disappear into the privy.

At last he emerged, blinking at the light. He tracked a loop around the back side of the sauna, and finally made his way toward the toppled pines that had, for three decades, sheltered the graves of their stillborn infants.

Instantly Mia regretted her cowardice and experienced a pang of jealousy. She had given birth to those babies. She was their mother. If an act of nature had defiled their resting place, maybe exposed it, she should be the one to know, to set things right, to give them back their home. She knotted the scarf under her chin but didn't leave her spot.

Nick hesitated on the edge of the foot-deep crater before gingerly stepping into it. He stumbled on lumps of frozen earth as he examined the ground, making a circuit in one direction, then the other. Standing erect, he gave his attention to the network of gnarled roots above his head. Suddenly he took a step closer and thrust his hand into them. Mia looked quickly away.

When she raised her eyes, he was making his way past the mountain of branches to the point where it met the end wall of the barn.

The pine had punched a substantial hole in the wall, one large enough for Nick to disappear into. Still, the damage couldn't be too bad; the line of the roof was straight. Not that it mattered a whole lot. It had been years since they'd used the barn for anything but storing stuff they should have gotten rid of.

When Nick came back out, it was through the side door. He strode back to the house in a more confident fashion than she was used to seeing lately, clutching an object in his mittened hand.

He entered the porch stomping snow from his overshoes, but came in without removing them. “Looks like your old man was holding out on us.” He deposited his find on the kitchen tableâa pale green fruit jar encrusted with lumps of frosty mud.

Mia bit back her request to get the grubby thing, and his wet boots, out of her kitchen. She leaned closer and wiped a finger across its developing coat of fog. Her chest gave a leap. “Is that money?”

The lid was the kind made of zinc, with a sort of glass lining. It was pitted and misshapen, and covered with a whitish crust, but intactâand stuck fast. Mia poured steaming water from the kettle on the stove into the dishpan, added a dipper of cold, plunged the jar in, swished off the worst of the dirt, wrapped it in a towel, and gave a mighty wrench on the lid. Nothing.

“Ish.” She tossed aside the muddy towel and inverted the jar, holding it up to its shoulders in the hot water. “One thousand one, one thousand twoâ¦.” All the way to twenty-five. This time the lid twisted free with a scrape of corroded metal on glass that set her teeth on edge. She extended the open jar to her husband.

Nick inserted a trembling hand to extract a brown leather wallet speckled with mold. The faded face of Ulysses S. Grant showed through a crack.

He tore open the end of the wallet that was not locked in dripping ice, exposing a lump of folded paper along with a stack of bills of varying denominations and dimensions. He fanned through, counting as he went. “A nice neat seven hundred and twenty dollars,” he finally said. “Dead four years, and your old man is still full of surprises.”

Puppet on a Chain by Alistair MacLean
5 Conditioner and a Corpse by Cindy Bell
This Is Where I Sleep by Tiffany Patterson
Finding Home by Lacey Thorn
Cochrane by Donald Thomas
Reap the Whirlwind by Terry C. Johnston
Dick by Law by Robert T. Jeschonek
No Ordinary Day by Deborah Ellis
Lacy (The Doves of Primrose) by Kedrick, Krista
Brilliance by Rosalind Laker