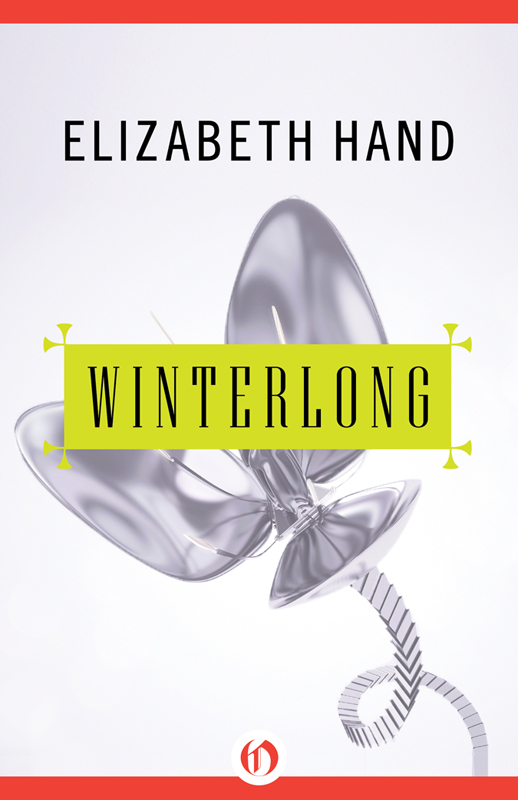 We know without knowing there is reason for what we bear …

Whoever the searchlights catch, whatever the loudspeakers blare,

We are not to despair.

Part One: The Boy in the Tree.

2. Convergence of a number of separate and independent probabilities

4. A break in the historical record

5. The dark labyrinth of the ages

7. Some races can boast of an immemorial antiquity

9. A sudden and awful convulsion of nature

10. An interminable vista is opened out for the future

Part Three: After the Rain of Roses

2. Parts of the nature of a skeleton

3. A brief and paroxysmal period

5. An exceeding barbarous condition of the human species

6. “The dark backward and abysm of time”

Part Seven: A Masque of Owls

Part Eight: The Gaping One Awakes

1. The central fire and the rain from heaven

3. The most remarkable of the beasts of prey

4. We shrink back affrighted at the vastness of the conception

5. A lapse of misrepresented time

6. The most formidable of the many tyrants

A Biography of Elizabeth Hand

Part One: The Boy in the Tree

I
AM WITHIN HER
, a cerebral shadow. Distant canyons where spectral lightning flashes: neurons firing as I tap in to the heart of the poet, the dark core where desire and horror fuse and Morgan turns ever and again to stare out a bus window. The darkness clears. I taste for an instant the metal bile that signals the beginning of therapy. Then I’m gone.

I’m sitting on the autobus, the last seat where you can catch the bumps on the crumbling highway if you’re going fast enough. Through the open windows a rush of spring air tangles my hair. Later I will smell apple blossoms in my auburn braids. Now I smell sour milk where Ronnie Abrams spilled his ration yesterday.

“Move over, Yates!” Ronnie caroms off the seat opposite, rams his leg into mine, and flies back to pound his brother. From the front the driver yells, “Shut up!” vainly trying to silence forty-odd singing children.

On top of Old Smoky

All covered with blood

I shot my poor teacher

With a forty-four slug
…

Ronnie grins at me, eyes glinting, then pops me right on the chin with a spitball. I stick my fingers in my ears and huddle closer to the window.

Met her at the door

With my trusty forty-four

Now she don’t teach no more.

The autobus pulls into town and slows, stops behind a truck carrying soldiers, janissaries of the last Ascension. I press my face against the cracked window, shoving my glasses until lens kisses glass and I can see clearly to the street below. A young woman in rags is standing on the curb holding a baby wrapped in a dirty pink blanket. At her ankles wriggles a dog, an emaciated puppy with whiptail and ears flopping as he nips at her bare feet. I tap at the window, trying to get the dog to look at me. In front of the bus two men in faded yellow uniforms clamber from the truck and start arguing. The woman screws up her face and says something to the men, moving her lips so I know she’s mad. The dog lunges at her ankles again and she kicks it gently, so that it dances along the curb. The soldiers glance at her, see the autobus waiting, and climb back into the truck. I hear the whoosh of releasing brakes. The autobus lurches forward and my glasses bang into the window. The rear wheels grind up onto the curb.

The dog barks and leaps onto the woman. Apple blossoms drift from a tree behind her as she draws up her arms in alarm, and, as I settle my glasses onto my nose and stare, she drops the baby beneath the wheels of the bus.

Retching, I strive to pull Morgan away, turn her head from the window. A fine spray etches bright petals on the glass and her plastic lenses. My neck aches as I try to turn toward the inside of the autobus and efface forever that silent rain. But I cannot move. She is too strong. She will not look away.

I am clawing at the restraining ropes. The Aide pulls the wires from my head while inches away Morgan Yates screams. I hear the hiss and soft pump of velvet thoughts into her periaqueductual gray area. The link is severed.

I sat up as they wheeled her into the next room. Morgan’s screams abruptly stilled as the endorphins kicked in and her head flopped to one side of the gurney. For an instant the Aide Justice turned and stared at me as he slid Morgan through the door. He would not catch my eyes.

None of them will.

Through the glass panel I watched Emma Harrow hurry from another lab. She bent over Morgan and pulled the wires from between white braids still rusted with coppery streaks. Beside her the Aide Justice looked worried. Other doctors, all with strained faces, slipped from adjoining rooms and blocked my view.

When I was sure they’d forgotten me I dug out a cigarette—traded from Anna that morning for my dosage of phenothiazine—and lit up. I tapped the ashes into my shoe and blew smoke into a ventilation shaft. I knew Morgan wouldn’t make it. I could usually tell, but even Dr. Harrow didn’t listen to me this time. Morgan Yates was too important: one of the few living writers whose works were still sanctioned by the Ascendants.

“She will crack,” I told Dr. Harrow after reading Morgan’s profile. Seven poetry collections and two authorized Manifestos published during the last insurrection; an historical novel detailing the horrors of the First Ascension’s century-long Night; a dramatic recreation of the biblioclasm, performed before the new Ascendant Governors passed the Dialectic Malediction. Since then, recurrent nightmares revolving around a childhood trauma in the janissary creche, sadistic sexual behavior, and a pathological fear of dogs. Nothing extraordinary; but I knew she wouldn’t make it.

I shrugged. “She’s too strong.”

Dr. Harrow stared at me, pinching her lower lip. She wasn’t afraid of my eyes. “What if it works,” she mused, and tugged thoughtfully at her cropped gray bangs. “She says she hasn’t written in three years, because of this. She’s afraid they’ll revoke her publishing sanction.”

I yawned. “Maybe it will work. But she won’t let me take it away. She won’t let anyone take it.”

I was right. If Dr. Harrow hadn’t been so eager for the chance to reclaim one of the damned and her own reputation, she’d have known too. Psychotics, autists, Ascendant artists of the lesser rank: these could be altered by empatherapy. I’d siphoned off their sicknesses and night terrors, inhaled phobias like giddy ethers that set me giggling for days afterward. But the big ones—those whose madnesses were as carefully cultivated as the brain chemicals that allowed me and others like me to tap in to them—they were immune. They clung to their madnesses with the fever of true addiction. Even the dangers inherent to empatherapy weren’t enough: they
couldn‘t
let go.

Dr. Harrow glanced up from the next room and frowned when she saw my cigarette. I stubbed it out in my shoe and slid my foot back in, wincing at the prick of heat beneath my sole.

She slipped out of the emergency lab. Sighing, she leaned against the glass and looked at me.

I picked a fleck of tobacco from my lip. “Pretty bad.” I had a rush recalling Morgan wailing as she stood at the window. For a moment I had to shut my eyes, riding that wave until my heart slowed and I looked up grinning into Dr. Harrow’s compressed smile.

“Pretty good, you mean.” Her tight mouth never showed the disdain or revulsion of the others. Only a little dismay, some sick pride perhaps in the beautiful thing she’d soldered together from an autistic girl and several ounces of precious glittering chemicals.

“Well …”She sighed and walked to her desk. “You can start on this.” She tossed me a blank report and returned to the emergency lab. I settled back on my cot and stared at the sheet.

The pages blurred. I gripped the edge of my cot. Nausea exploded inside me, a fiery pressure building inside my head until I bowed to crack my forehead against the table edge, again and again, stammering for help until with a shout Dr. Harrow’s Aide ran to me and slapped an ampule to my neck. He stood above me until the drug took effect, his hands poised to catch me if I began head-banging again. After several minutes I breathed deeply and stared at the wall, then reported on my unsuccessful session with the poet.

That evening I walked to the riverside. A trio of retrofitted security sculls puttered down the river, colored yolk-yellow like dirty foam upon the water. I had always assumed the sculls kept watch over those of us at
HEL
; but the Aide Justice had told me that their true business lay across the river, within the overgrown alleys and pleasure gardens of the dying City of Trees.