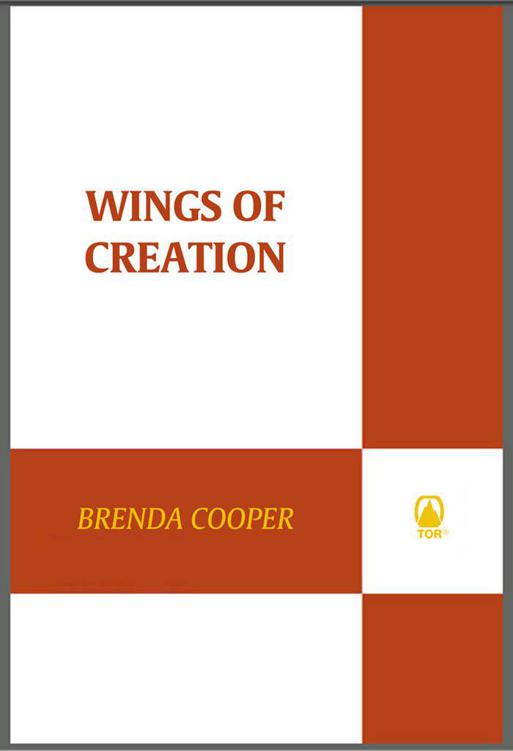 The Silver Ship and the Sea

Thanks to all the readers in the Pacific Northwest who saw fit to grant the Endeavour Award to the first book in this series,
The Silver Ship and the Sea.
It means a lot to win an award from readers.

My agent, Eleanor Wood, is supportive and insightful, and I appreciate her very much.

Thanks to Tom Doherty, Bob Gleason, and the support staff from Tor. Without you, this book wouldn’t have become real.

My friend Linda read through the whole draft and made excellent comments. Her sons, A.J. and Nick, both said nice things, too!

Thanks to my writing friends. The locals—John Pitts, Jay Lake, Patrick Swenson—and the Redmond Writers, who are most commonly Louise Marley, Melissa Shaw, and Cat Rambo. Thanks to my fellow researchers in the Big Books reading group, and to everyone from the Oregon Writers Network.

My partner, Toni, and her daughter, Katie, are infinitely patient and supportive. Last book, I had two dogs to thank. This time I have three. (Although I’m not sure the puppy deserves thanks—she hasn’t been patient at all. But then, she’s a border collie.)

My parents and my son and his family are wonderful. My futurist mentor, Glen Hiemstra, says nice things about my writing and gives me interesting ideas to think about.

There are many other people who have offered support and help of one kind or another and, although there are too many to thank individually, I am grateful for each of them. I am truly lucky in the people I work and play with.

A CONTINUATION OF THE STORY OF CHELO LEE, DATED SEPTEMBER 17, YEAR 222, FREMONT STANDARD, AS BROUGHT TO THE ACADEMY OF NEW WORLD HISTORIANS. . . .

War leaves fear and loss worse than bitterlace in the hearts of everyone associated with it. There are no winners. Only scars, and for the lucky, the time to heal them. We were not lucky.

The first tale I told you detailed how I separated from my brother, Joseph, and three of the other six people that made up my heart. The second tells of the events before an even bigger sundering, after Joseph came back. He saved my life, and the life of my world, the colony planet Fremont. He won the second war fought on her soil. Not single-handedly, but he made the difference.

So now I’ll tell you about war, since my life is built on its bones. Then I’ll tell you about the actual sundering, since you asked how I felt when we left Fremont for the Five Worlds. But since it’s an old memory, I’m going to creep up on it so I can tell it fresh.

I was born during the first war of my life. That happened on Fremont, a planet big enough and empty enough and challenging enough that everyone involved could have lived there in peace. That war cost me my parents and many who might have been my friends, all gone, fleeing or killed by the first settlers, who refused to give up their claim. And who could blame them? They were, after all, on Fremont first. They went there to escape people like my parents. They lived through paw-cats and yellow snakes and earthquakes and meteors rather than face a world of shifting genetics.

At the end of the war, my parents’ people had to leave seven of us behind: six children and an injured adult. The colony raised us, but made us pay for being different.

So you see, even before the Star Mercenaries came, I knew the sharp pain of war. We were beginning to lose our scars when my own father caused the second war. He sent mercenaries from Islas to kill everyone on Fremont. I cannot feel guilty for that, since he and I were separated when I was six. I didn’t even see him, or know he lived, until the day he died. But I feel tainted anyway. How could I not? You see, my decisions helped further the war he started. I chose the first deaths. I helped until the day the Star Mercenaries fled my brother’s strength, leaving Fremont free. That’s a story I’ve already told, and it hurts to think about it.

So on to the sundering.

I remember how my body felt trapped. I lay strapped to an unfamiliar chair aboard the space ship
Creator
, watching the only home I’d ever known grow small in a viewscreen that hung above my head. Already the people I loved were too far away to see; their absence a sharp twintree fruit thorn thrust deep into my heart.

Akashi, Sasha, Mayah, Sky. The hot breath of my riding animal, the hebra named Stripes. The dead: Nava and Stile and Eric and a few hundred more. They might as well all be dead now, at least to me. I had no illusions I would see any of them again.

Fremont was warm, wet, and wild. The space ship,
Creator
, was cold, dry, and followed my brother’s commands like a well-trained house-dog. Far more metal than life filled the hull.

Kayleen and her mother, Paloma, watched over the two children. For the takeoff, they occupied our new, tiny home—a section of sleeping compartments that shared a common room, which included four ugly benches that could each be turned into something full of restraints and support that Joseph called acceleration chairs.

Liam and I lay strapped into similar chairs in a different set of rooms, unblinking eyes fastened to the last sight we would ever have of home. We were close enough that I felt his warmth as we watched the single city, Artistos, grow so small that the view included the cliffs and the Grass Plains and the Lace River and the High Road and then even the volcano Blaze. The force of flight kept me from turning
my head, so surely Liam didn’t see that a tear fell unbidden down my cheek. Even though the people of Fremont had hated us, how could they live without us to help them? Who would stop the paw-cats and tend the electronics?

My own family had cast me out. I could never know how their tales ended, and they could not know how mine ended.

My eyes stuck to the viewscreen until Fremont was only a speck around a sun and the thrust had fallen off enough for Liam and I to look at each other. He was beautiful, with honey-colored hair that fell around his broad shoulders, and his face, in profile now, showing his high cheekbones. “Is it safe?” I asked.

My brother, the pilot, had told us we could move around when we were no longer forced down by acceleration. Joseph had warned me, so I didn’t stumble when I felt too light. I clutched Liam for balance, and he pulled near too easily, as if I were drawing a child to my chest. A reminder a ship is not a planet. At least he still smelled like himself, and still, faintly, of the Grass Plains and of hebra. For that smell, I clutched him to me, breathing deeply while I massaged the stiff muscles in the small of his back. He leaned down and kissed me, and then we stared at each other for a long time, as if breaking away would be the final movement away from home.

But of course, we eventually slid from each other’s arms. There were no words for our loss. It was as great as the gulf between us and home, widening into forever.

Thirst and hunger drove us to the nearby galley for bread and goat’s milk cheese and water. After, I returned to the viewing room and Liam went to check on the others. By the time I sat back down and focused on the screen, we must have turned or gone farther than I thought, and I couldn’t find Fremont in the vast starfield. Just darkness and points of light that were whole suns.

So many stars. It made Fremont so small. Me so small.

Joseph had warned me of the vastness of space and how
Creator
would be a small speck of dust traveling between grains of sand on a beach of stars.

I had been made to find the positive, to see opportunity in difficulty, to lead through hope. And what better place to feel the hope of
worlds than the incredible beauty of space? I had expected to live and die on a single grain of sand. And now, now I was going off to a new future in a faraway place.

This is the loss and awe that frames this part of our story, writ large: leaving everything we knew behind, and moving through the vastness of space with our tiny, fragile family. We didn’t yet know we flew toward beings more beautiful and complicated than I’d ever imagined, and so my worries were diffuse. Under the awe that filled my very bones, I knew there would be humans in space and, thus, there would be war.

I swallowed and saluted the viewscreen, then got up and went to find my family. Among humans, there would also be love. This moment was good for love.

S
pace is full of stark beauty and darkness, and largely empty. But there are still surprises in it. The day our plans changed started with only the small chaos of children and a dog.

I leaned against the warm wall of the simulated sun in the nursery, hearing Chelo, my beloved sister, my best support in the whole world, laugh as she watched her son. Two modified maintenance bots trailed after one-and-a-half-year-old Jherrel as he toddled from Chelo’s arms toward me. The bots looked like a cross between dogs and spiders, scuttling on four feet and holding two up, ready to save Jherrel from any emergency, including himself. It amazed me that he hadn’t figured out how to wreck the whole ship yet. If he were older, he might have.

Certainly, the nursery floors and walls showed evidence of the reasons we kept the two children mostly contained; the walls were scratched and even, occasionally, slightly dented. The room smelled like bot-grease and the sweet sweat of children. “Un-cle Jo-seph!” Jherrel exclaimed at me, his mouth twisted in a huge grin. He always came to me right away when I entered the room, as if I were his favorite toy or perhaps his pet dog.

Speaking of dogs, Sasha, the black-and-white stray I’d taken from Fremont, stood by my feet. Her ribs no longer showed and her coat had grown glossy. She bent her forelegs and head down in a play bow and wagged her tail at Jherrel.