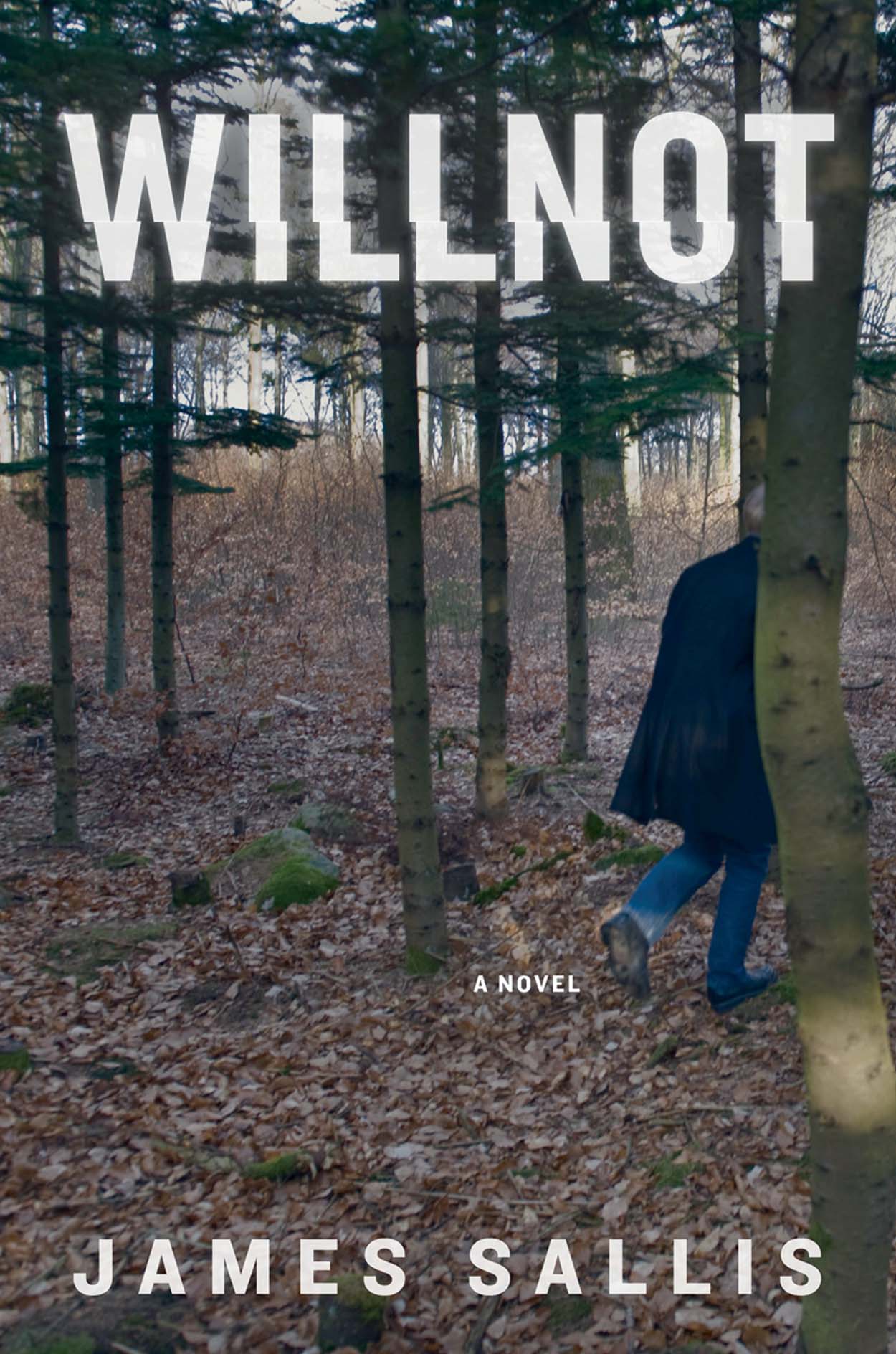 And in memory of Blackness,

BY THE SAME AUTHOR

Eye of the Cricket

Ghost of a Flea

Death Will Have Your Eyes

What You Have Left: The Turner Trilogy

The Killer Is Dying

Others of My Kind

Limits of the Sensible World

A City Equal to My Desire

Potato Tree and Other Stories

My Tongue in Other Cheeks: Selected Translations

Ash of Stars: On the Writing of Samuel R. Delany

The Guitar in Jazz

Gently into the Land of the Meateaters 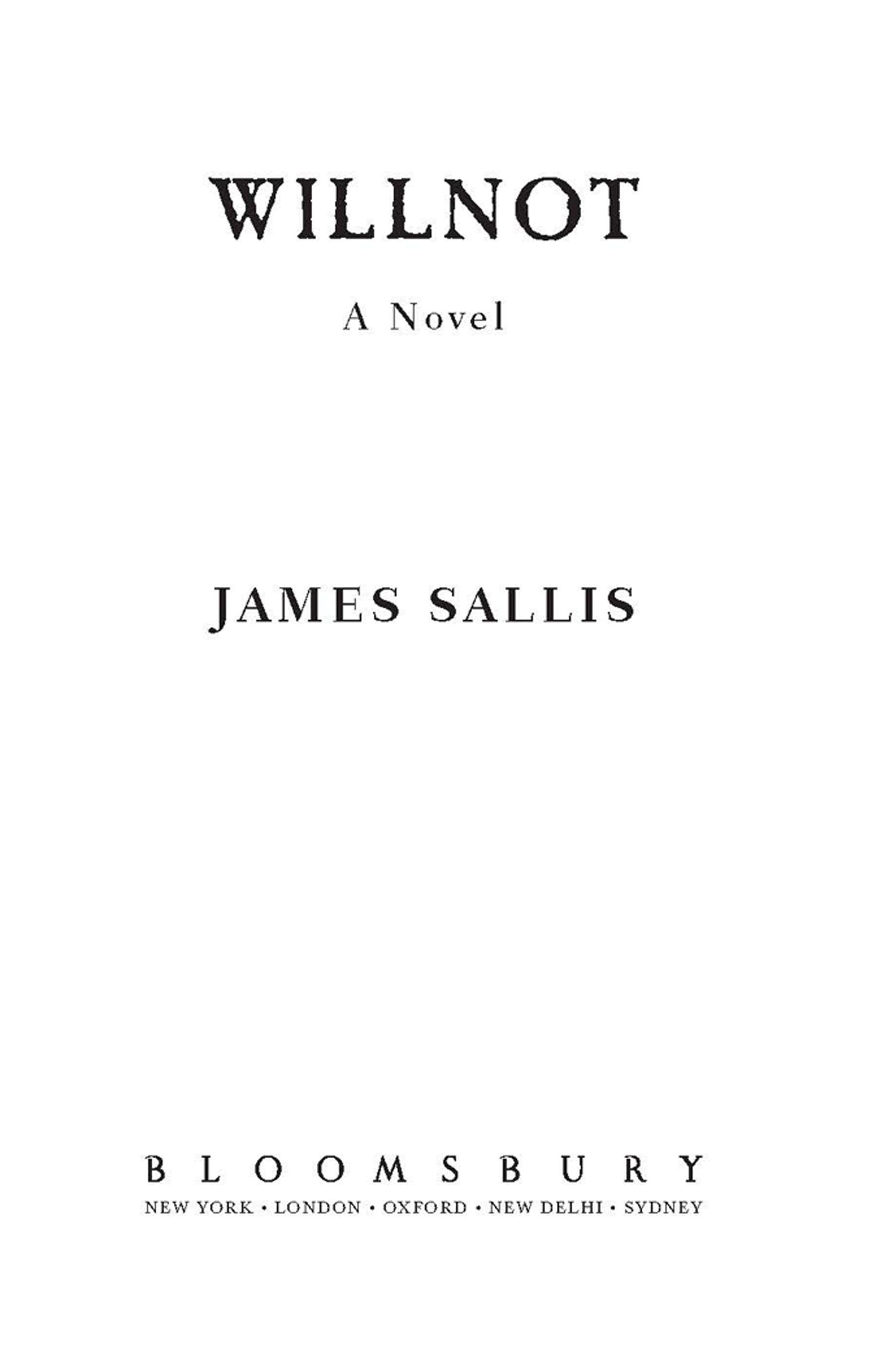 Hang me, oh hang me,

it’s the waiting around so long.

A Note on the Author

We found the bodies two miles outside town, near the old gravel pit. Tom Bales was out on an early-morning hunt when his dog Mattie dropped the quail she was retrieving, sprinted to a stretch of worried earth, and wouldn’t budge. He’d call, she’d start toward him and circle right back, barking. It was the smell that got him finally, when he walked over. Mushroomy, dark. Cellarlike.

The clearing was eleven by thirteen, roughly the size of a room in the 1950s-built houses we have in abundance, bordered by black walnuts and oaks. The surface was sunk in a bit, scored with unnatural right-angle cuts as though large shovels had been working it. Runners of kudzu and gnarled vines teased the edges.

Sheriff’s men had been the first to respond once Tom went back to his truck and called it in on his cell phone. One of them pulled an old army-surplus folding shovel out of his truck and started digging. The smell got stronger and stronger. He’d been at it twenty minutes or so when he hit bones.

By the time Andrew and I pulled in, Sheriff Hobbes himself was there with prisoners, two black, one Hispanic, a heavily
tattooed white, along to do the digging. We stood watching as dirt piled up behind them. State had brought their dogs, but this being Mattie’s territory, things hadn’t gone well with that, so those two were back in the van glaring out the windows and slobbering at them.

“Someone’s been out here hauling off dirt again,” Sheriff Hobbes said, “and lots of it. Thought we had put a stop to that.”

“It’s not like we don’t have plenty of dirt.”

“Dirt costs money. Out here, nobody’s sure who owns the land. Some get to thinking that means it’s free for the taking. Bo Campbell again, most likely. Him and his so-called construction company.”

“We used to swim out here when I was a kid,” Andrew said.

Errant dirt scattered across my shoes, his boots. I looked over at the gravel pit: scooped-out cliff, bulldozer gulleys, dry flats, rock.

“And pretend we were exploring Mars, yeah, back in the day.” I’d had a crush on Trudy Mayfield. Told her I was going to be an astronaut.

“Sorry to pull you out of OR.” Andrew wasn’t great at meeting eyes, but this time he did. “Thought you should see.”

“I’ve been after Ellie’s gallbladder for close on two years. No reason you have to go on being sick, I kept telling her. It’ll wait a while longer.”

“She’s right good at being mad.”

“Some have the gift.”

I really didn’t know whether Andrew was a pet project of mine or I of his. I’d been caring for him since he was twelve. Diagnosed ADD when his parents brought him in for troubles at
school, started him on the drugs that were high on the pop charts at the time, then had second thoughts and set him up with an old classmate getting great results with behavioral therapy. Mostly it worked. These days, Andrew pretty much single-handedly ran the local ambulance service as well as Elmer Kline’s mortuary. Kline was close to eighty, terminally addled, periodically found walking down Main Street in the early morning with only mismatched socks on. Andrew wasn’t licensed as a mortician, but we didn’t pay a lot of attention to such things in Willnot.

At some point Andrew had decided that, since I understood so well what he was going through, I had to be ADD too, that they just hadn’t known what it was back in my day, so there was a connection between us. Never could figure out if he wanted me to own up to it, or simply had in mind giving me traveler’s tips. My reflexive first thought, of course, was
classic projection
. But when I open those blinds and peer behind, all I can think is how shallow our explanations and understandings are.

Andrew scuffed at the ground with a bootheel. “How many you think there are?”

“First ones weren’t far down. Could be just those.”

Andrew thought I was joking but he wasn’t sure. He sort of half laughed then shook his head, covering both bases. “Sheriff Roy says eighty years ago this used to be rich meadowland.”

“Eighty years from now it may be again. And no one will remember any of this.”

We heard it before we felt it. Tiny shushing sounds as raindrops hit leaves high in the trees. Then puffs of soil as they struck bare ground.

Andrew looked up. “Oh, great! Just what we need.” Mattie was running in circles, snapping at raindrops and growling.

Minutes later it had all gone to mud.

As I squished and dripped and puddled my way through the front office, Maryanne eyed me over the top of her glasses.
Gleeking
, Andrew calls it. Maryanne’s half my age but often watches me the way my mother used to, a mix of bemusement and tolerance, what’s the boy up to this time?

I keep a change of clothes in the back. You never know when you’ll get called out to view a pit full of bodies and get rained on. Running shoes, chinos a size or two too large, and a pink chambray shirt with frayed collar doesn’t make much of a fashion statement, but Maryanne had already given me the look.

She smiled, tolerance having moved to the front of the line, when I came out.

“Ellie was giving them hell. The anesthesiologist says he almost went ahead and put her to sleep to shut her up.”

“Stand-ins have a hard time of it. It’s me she wants to give hell.”

“They told her what happened, where you were. She quieted down some.” Maryanne nodded to the side room, part closet, part kitchen and break room. “Coffee’s fresh enough to pass. I moved all your appointments, didn’t know how long you might be out there.”

“Gordie Blythe up for anesthesia?”

“I can check. You want me to see if the rest of the OR team’s available while I’m at it?”

I grabbed a coffee while she made the call, stood looking out a window the size of a chessboard at a wren industriously plucking tendrils of vine from the chain-link fence out back. Minutes later, Maryanne was at the doorway.

“Not gonna work. Ellie’s gone home. ‘Just took up and left,’ the charge nurse says. Want me to call her?”

“I’ll do it tomorrow. And since the cupboard’s bare, why don’t you go on home too. Take the rest of the day off.”

“I was working on billings.”

“About that, yes. Run. Claim your freedom. I’ll shut everything down.”

Minutes later, desk drawer sliding on rails, open, shut, she was out of there, thanking me even as she flipped open her phone to call Sarah and say they could have a late lunch if she hadn’t yet eaten and was of a mind to.

I refilled my cup, then, settling at the desk, spilled coffee on the mess of papers bird-nested there. Articles from medical journals that I hadn’t got around to reading and never would, transcribed examination reports from before I began doing most everything on computer, blurry faxes of lab work I’d long ago acted on, panhandling letters from professional organizations, charity duns, catalogs.

It’s possible that something registered subliminally, a sound, a subtle shift in light or shadow, but if so I can’t recall it. I looked up, and a man stood in the office doorway. He had entered by
what I believed to be a locked door, crossed the front office, broached my own door—and how long had he been standing there?—without my once being aware of him.

“Academic at this point, isn’t it.”

Closer, he glanced at the chair across from my desk and back at me. When I nodded, he sat.

Cars passed on the street outside. Out in the front office a window rattled. Generations of insects died.

“You don’t remember me. Brandon.” Momentarily he shut his eyes, relaxed his face, let his head fall back. “I used to sleep a lot.”

Brandon Roemer Lowndes. Sixteen when he wound up at the wrong end of a prank gone horribly south. Left town on the school’s band bus for a football game twenty miles away, came back six days later in an ambulance and a coma. I’d taken care of him for close to a year, touch and go at first, then the long plateau and rehab. One of those strange mirrors life can throw up to you.

“These days I go by Bobby. And you’re looking a little old around the edges, Doc. Used.”

“It’s this place, this town. Sucks the life out of you. I got away.”

“Briefly,” he said. “Passing through.”

Passing through
were the first words he spoke when coming out of the coma. He’d said that twice,
Passing through, Passing
through
, then opened his eyes and looked around, asked where he was. No way he was going to forget that. So he’d chosen the phrase for effect. Like saying
I used to sleep a lot
.