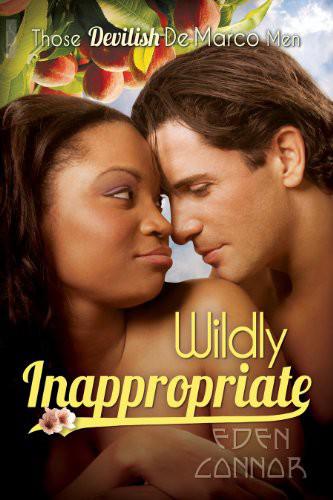 All cover art and logo copyright © 2012 by Silver Publishing

ALL RIGHTS RESERVED:
This literary work may not be reproduced or transmitted in any form or by any means, including electronic or photographic reproduction, in whole or in part, without express written permission. This book cannot be copied in any format, sold, or otherwise transferred from your computer to another through upload to a file sharing peer to peer program, for free or for a fee, or as a prize in any contest. Such action is illegal and in violation of the U.S. Copyright Law. Distribution of this e-book, in whole or in part, online, offline, in print or in any way or any other method currently known or yet to be invented, is forbidden.

Please remember that the only money authors make from writing comes from the sales of their books. If you like their work, spread the word, and tell others about the books, but please refrain from sharing this book in any form. Authors depend on sales and sales only to support their families.

This story is dedicated to my daughter Channing, who shared her experiences with interracial dating so generously. If Cynda's experiences ring true to you that's due to the endless hours she spent listening to me drone on about these characters and giving me invaluable feedback. I wanted to write an interracial story where skin color was more than a fact, like eye or hair color, and with her help, I hope I've done that.

If a train leaves Chicago at eleven pm, and a truck full of good ole boys crosses the South Carolina state line at midnight, at what time will they collide in Alabama and how old will Eric be at the time? If you don't know, you're not alone. Neither do I. Writing backward in time is a math word problem, and I confess I once made curtains for my math teacher's modular classroom in return for a passing grade, so huge thanks are due Silver Publishing EIC Kathy Kozakewich, my beta reader Jennie Anderson, and my friend Keenan Jones for keeping Daniel's memory train on the tracks.

And to Jae Ashley, my content editor, who challenged me to make this story the best it could be.

The dusky color of her skin accented the chrome chain stretching from her slender neck to the hitch on the bumper of his Chevy truck. The combination hit Daniel De Marco like a punch to the gut. His truck was black, the factory paint a color he'd been told was the absence of all light. The woman could be described as black too, but showcased against his tailgate, her skin defied the label. She was a rich brown, with depths of shade that varied from her shoulders to her tummy, from her elbows to her knees—a kaleidoscope of darkness that seemed to him more like the presence of all color.

She was also half-naked. Early morning sun caressed her curves and her costume, both delighting and annoying him. She wore a lime-colored tube top with black stripes that, frankly, hurt his eyes. The standard tires on a small import car were wider than her skirt was long, but the ripe curves of her ass peeking from beneath it were entrancing. Her shoes were the final insult, clunky monstrosities with thick platform bottoms in an eye-assaulting shade that made him grateful there were no lime trees in his yard to take offense at the way the color of their fruit was being mocked.

Not the final insult, he noted as she bent to scratch her calf. Her nails were painted a hideous shade of purple. Her toenails matched. It might've been self-defense that made him focus on her ass as she lingered in her position. Although, it was most likely the fact that while some men were into breasts, and some were into legs, Dan was an ass man.

God help him, it was so easy to imagine ordering her to hold her ankles while he wrapped her chain around his fist. He saw himself pouring his favored peach oil over her skin, rubbing it into those rounded cheeks until they gleamed, coating his cock with it to ease the slide of his shaft into the small puckered hole he preferred to fuck. Dan almost felt his cock slipping between those voluptuous curves and pressing into the tiny opening so forcefully she'd cry out.

He wasn't dressed, having just rolled out of bed and headed to the kitchen to get the coffee pot started before showering, and the fading erection he'd woken with came rushing back while he stared.

He had to get her off his property. Damn Brian Case. After six years of trying, either Brian had talked to someone who really knew what made Dan tick, or the real estate developer had gotten lucky.

He'd never seen the woman before, he was sure. She straightened, giving her microscopic skirt a yank, and resumed stalking back and forth. He noted her circuit took the chain to its limits, the way he imagined a wild animal would. Her hair was straight, with a few half hearted waves. He pictured the heavy length if allowed to reassume its natural kink and volume. He'd prefer it that way, he decided. No, he'd prefer neat braids, finished off with beads. As long as he was standing in the shadows of his own kitchen, making over a strange woman to suit him, he'd strip off her garish makeup too, and mentally remove her nail polish along with her clothes.

But because his father's blood ran in his veins, he'd leave the chain around her neck. No, he'd replace the chain with his belt.

He exhaled in frustration, using one hand to rake his hair from his eyes and curling the other around his aching shaft. This was a helluva start to the long Labor Day weekend. Now, rather than enjoying a few days without the concerns of his business or his brothers, Dan knew he'd end up roaming the ruins of his personal Eden, longing for something no decent man could have.

He'd come so close a couple of times, with women he thought understood what life as his woman entailed, only to end up being told he was a bastard and a caveman on their way out the door. While his parentage wasn't in question, his father's influence was surely what kept Dan a single man.

Why then, did he long to be just like his father, Rafe, ruling his woman and his offspring with unquestioned authority? Because all that had gotten either of them was alone. He wasn't like his baby brother Colton, who'd found love with a woman so stubborn she made Dan's teeth ache, or like Eric, whose relationships with women were so superficial it was a wonder to Dan his middle brother remembered the names of the women he dated.

He snorted softly. No, all he wanted was to pour his soul and his seed into one woman who'd want nothing more than to make him her world. Dan yanked his hand off his dick in disgust. He hadn't sunk low enough to jack off while peeping out his own kitchen window at a strange woman, even if she was trespassing.

The Game Plan by Breanna Hayse
Elijah by Jacquelyn Frank
The Songwriter by A. P. Jensen
Not Without Risk by Sarah Grimm
A Fortress of Grey Ice (Book 2) by J.V. Jones
Caught Up in Us by Lauren Blakely
Murder Mamas by Ashley Antoinette
The Slow Natives by Thea Astley
The Corrupt Comte by Edie Harris
Melted and Whipped by Cleo Pietsche