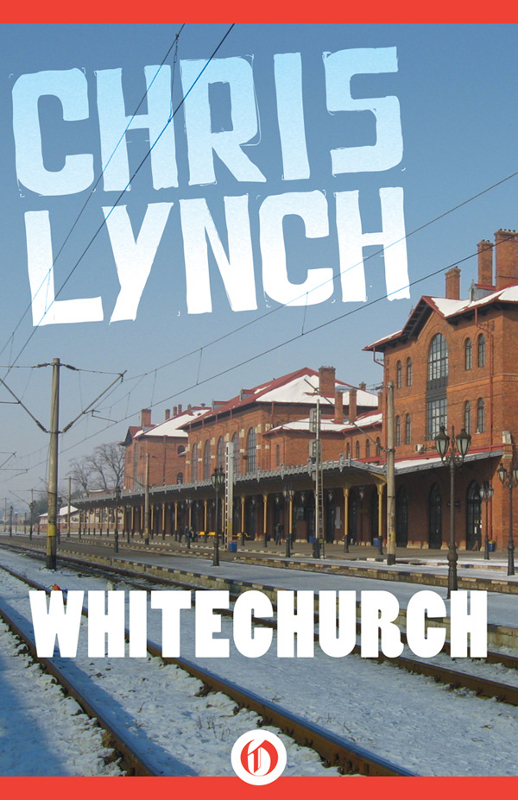 For Walker and Sophia

The Sun and the Moon

A Smile Relieves a Heart That Grieves

In Spite of Myself

A Biography of Chris Lynch

You think you are a poet

because you write poetry.

You think you are not

because you do not.

but when your time comes

be on your way.

I knew a lady who loved them both

But not you. You and death

while I think I tried to kill you

every chance I got.

It was not you,

but what you knew.

than we’d planned for.

And we need help,

so you held my hand

would be that warm.

Get thee behind me, Satan,

who should be your sister.

because it isn’t there.

It was done unto him.

He is not a gifted poet,

We got it all wrong.

“I will, Pauly,” I say right back. “I’ll tell you just as soon as you ask. But that’s the way questions work, you have to ask me something first. Then I can tell you.”

He’ll do that if you don’t stay on him. He’ll float you a question without ever asking it, till you want to choke it out of him. He says he’s a poet. Which, he says, explains everything.

I don’t think it does. Nothing explains everything.

We are perched on the slope of a small green hill overlooking my buddy Pauly’s most favorite of all favorite places in Whitechurch. The prison. There’s some milling about going on in the yard, but since this is Thursday afternoon, it’s not the prisoners doing the milling, but guards and police and prison officials practicing their fife-and-drum stuff.

They’re god-awful. We never miss it.

“Okay,” Pauly says. “Just a what-if. What if, if a guy wanted to pick one off. You think somebody could do that, and get away with it?”

“A cop? Pauly, you asking me if you could shoot a cop and nobody would mind?”

“Of course not,” he says, sticking a sharp elbow into my side. “You think I’m a dope?”

“No,” Pauly continues. “I mean, a con. What if somebody got the idea to drop a prisoner, right down there in the yard? Would anybody really mind, do you think?”

I turn toward Pauly to see if he’s joking, but there isn’t a joke anywhere in him. He keeps staring down at the yard.

Pauly waits a long time, staring off, listening to the fife and drum—and bagpipe, actually—strangle some innocent song to death.

“I don’t see why,” Pauly says. “I really don’t think people would care much.”

In the yard below us, the leader of the police group is screaming and throwing his baton against the twenty-foot-high fence. Like he does every week.

“Of
course
you’re bored,” he yells at the pipers. “We only know the one goddamn song. Who the hell wants to play ‘Loch Lomond’ fifteen hundred times? Ya bunch a dopes.”

Pauly’s eyes narrow. “What about him?” he asks, pointing at the yeller.

“They might not care much,” I sigh, “but they’d still notice.”

“See, that’s what I think about the criminals. I think maybe people would notice if you did one of them, you’d get noticed for it, but in the end, nobody’d get pissed off about it. Which would be kind of slick in the end, don’t you think?”

there’s a fuckin ROCK in my shoe

Pauly was always fascinated with the prison, since the first cinder block was laid for it. Matter of fact, everybody was into it, when the building was going up and it seemed like every last person in the area was either working on it or selling donuts or Coors to those who were. At that time, it was a very popular prison.

Then they went and filled it all up with criminals. Spoiled everything.

Then they went and named it.

Whitechurch Prison. Made sense to me.

“An appallingly shortsighted and insensitive decision,” was what they called it on the editorial page of the
Whitechurch Spire.

People, apparently, are very sensitive to words and word use and they are far more sensitive to words when they are written down. Because it never bothered anybody during the building stage or the dedication stage or the opening-up stage when officials would refer to the place as Whitechurch Prison. It only finally bothered folks when it came down in the papers, and criminals started getting directed to come spend time in our jail, and the newspaper writers started shorthanding things.

“The murderer was sentenced to life in Whitechurch.”

“With time served and good behavior, the prisoner could be allowed to leave Whitechurch by the time he is ninety-seven years old.”

And on like that. It was funny, really, if you could see it. Pauly went right out and had sweatshirts made up for the two of us, white stencil lettering on black: PROPERTY OF WHITECHURCH PRISON. Most locals didn’t care for the humor.

“Whitechurch is, and has been for nearly three hundred years,” the editorial read, “one of the most picturesque and tranquil villages in the entire Northeast. It is a fine and wonderful town, and no one has to be ‘sentenced’ to Whitechurch.”

“Don’t you ever get angry, Oakley?”

This is Lilly, who is smiling and who is Pauly’s girlfriend, even though she spends way more time with me than she does with him. She’s big and dark and quite special if you pay close enough attention. She’s possibly plain if you don’t. We’re together this March afternoon, hanging out and finding out, up on the faraway hill next to the cider-press building that wouldn’t be pressing anything until the next leaf-peeping busload came by in the fall. This particular press is located on this particular hill because this is the best-looking spot for people to overspy our little kingdom while they sip their fresh juices. The view down Press Hill is what we want to look like. Cider is what we want to taste like.

Pauly hates apples so much, you’d think they were a disease. “Of course I get angry,” I answer Lilly. “What kind of a question is that?”

“It’s a regular question, is all. Because if you do get angry, it’s angry in a way I can’t see.”

“You mean, like Pauly gets angry?” I ask her. The question I’m not supposed to ask. That’s why I’m special to her, because I don’t usually ask.

“Don’t, Oakley,” she says, and starts down the hill. I start after her.

She comes back up the hill and sits beside me again. “I have to go in a few minutes anyway,” she tells me. “Baby-sitting for the Rev.”

I nod, which is my best thing. I sit, and I behave. Because there is nothing I like better than sitting on the hill doing nothing on a nice day while Lilly sits close beside me doing nothing too. Some guys—like Pauly, and a lot of the older guys at the high school—don’t seem to appreciate this, doing nothing. But that’s not me. I’m doing all the nothing I can while I can because I can feel it coming, the day when I have to do
something.

But then, for no reason, I make the trouble again.

And that’s that. Without speaking, she gets up, brushes old yellow grass off her seat, and heads down the hill, down straight toward the white church of Whitechurch, where the Reverend and his wife and their baby live in the shadow of the valley.

I know I’ve done it—exploded the good thing we have up on Press Hill—and I don’t even try to make good. I just follow along behind Lilly as she breaks into a jog down the decline, and before we reach the Texaco at the foot, she will have let me catch up.

“Yo,” comes the holler from back up where we just left.

“Stop right there, you two,” he yells, pointing down on us like Moses or somebody.

I’m that for Lilly, and she’s that for me. Pauly doesn’t care at all, the way a lot of guys would if their best friends seemed to be bird-dogging their girls. In fact, he seems to enjoy the setup.

“You, and you, come over here to me right this minute,” Pauly says, pointing at the piece of Press Hill right in front of him.

I’m staring at him, thinking of walking back up there, when Lilly grabs my hand and yanks me along, laughing like a mad thing. We speed, like a couple of boulders hurtling down the steep grade, until I’m sure I’m going to lose it and wind up with a mouth full of turf.

Pauly tries a little, screaming and chasing us a short ways, but he doesn’t have a chance. Everybody is faster than Pauly.

At the Reverend’s house, Lilly and I are sitting on the sofa across from the window seat in the curved alcove that looks out over the yard. The baby is sleeping. The baby is always sleeping. We are watching a movie on cable, but not really watching it. I do this thing—and I think Lilly does it too, but to ask would be to shatter it—where I watch the famous stars on the TV screen, but I don’t listen to a thing they say, and I don’t think at all about what’s happening to them in the plot. For soundtrack, I listen to Lilly, and to myself, and we and the stars mesh all up together.

Uptown Dreams by Kelli London
Retribution (Drakenfeld 2) by Newton, Mark Charan
The Princess and the Pauper by Alexandra Benedict
Oliver Strange - Sudden Westerns 07 - Sudden Rides Again(1938) by Oliver Strange
Torn (Lords of the City #1) by Alice Ward
Always Come Home (Emerson 1) by Maureen Driscoll
Being Audrey Hepburn by Mitchell Kriegman
One Corpse Too Many by Ellis Peters
In Flanders Fields And Other Poems by John McCrae
Access Denied (and other eighth grade error messages) by Denise Vega