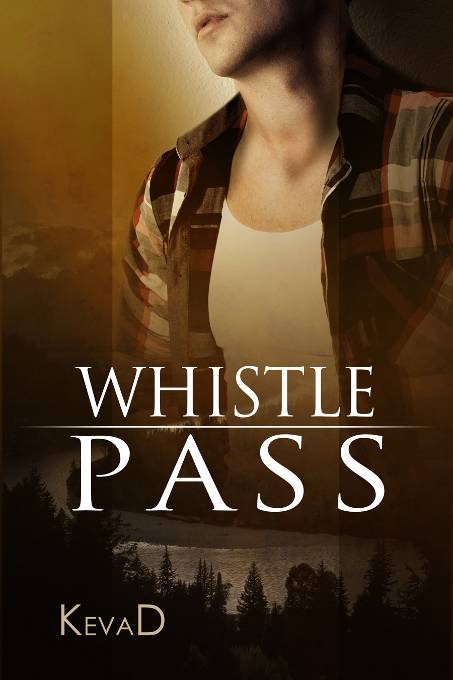 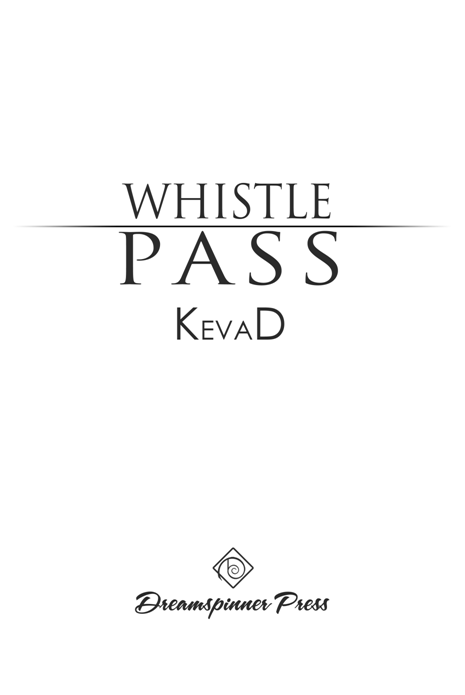 All rights reserved. No part of this book may be reproduced or transmitted in any form or by any means, electronic or mechanical, including photocopying, recording, or by any information storage and retrieval system without the written permission of the Publisher, except where permitted by law. To request permission and all other inquiries, contact Dreamspinner Press, 382 NE 191st Street #88329, Miami, FL 33179-3899, USA
http://www.dreamspinnerpress.com/

Printed in the United States of America
First Edition
February 2012

To Robert and my other friends who asked this story be written.

C
HARLIE
H
ARRIS
leaned forward, pinched the end of the Lucky Strike between his thumb and forefinger, and inhaled the last drag possible before the smoldering tobacco burned his lips. Easing the smoke out his nostrils, he dropped the stub to the floor and ground it out with the sole of his boot. The carcass joined the other dozen or more shredded on the floor of the bus.

He sat back, rubbed the two-day stubble, coarse as sandpaper, on his cheek, and inhaled the garbage stench of smoke, sweat, banana peels, and God knew what else the other passengers had stuffed in the paper sacks they’d leave for somebody else to clean up. The kid wearing the coonskin cap and Davy Crockett fringe coat, curled up asleep in the seat across the aisle, had peanut butter and jelly smeared around his mouth like cheap lipstick. Why the mother didn’t clean the crap off the brat was beyond him. Maybe she’d tired of his incessant running up and down the walkway, too, and was afraid to touch him for fear of an encore.

Charlie turned his head and stared at the window. The low light from the recessed lamp above him, under the luggage rack, illuminated his dark hair. His haloed reflection stared back against the pitch of the moonless night. Drops of drizzle running down the glass in rivulets disfigured his features, but not the memories. He shifted in his seat, resting his cheek on the backrest.

Need you
had been the only words on the telegram—not an
I want you
stuck anywhere on the yellow paper. The first time Roger had said, “Need you,” Charlie’d fallen into his arms and bared his heart, soul, groin, and ass.

He dug the open pack of Luckies out of a pocket in his pea coat, shook the end of one out, and held it between his teeth. He returned the dwindling cache to the pocket, pulled out a book of matches, folded the cover behind a lone match with one hand, and scratched it across the striker without tearing it from the pack. The tobacco sizzled as he inhaled. He blew out the match flame when he exhaled and watched the smoke bounce off his reflection.

What was it? Nine years? No. Ten. Ten years already since the war ended and all the troops came marching home. Those that weren’t buried in some rathole of a town he couldn’t pronounce the name of in some European country he never wanted to see again. He blew out another cloud of smoke. He wasn’t a twenty-year-old kid anymore. But sure as hell, the minute Roger said, “Need you,” he’d walked off his job and caught a bus. For what? A chance of love with a man who’d walked away without looking back when they stormed the beaches of the good old US of A?

“Moron.” He rolled his body away from the reflection and stared at the beige metal above him. Another drag, another burst of smoke.

Lightning shattered the darkness. Thunder clapped against the bus. Raindrops transformed to a hail of rifle and machine gun bullets.

Charlie jerked. His eyes prowled the terrain for where the Germans’ attack would come from—
goddamnit! It’s just rain.
He fell back against the seat, brushed a jittery hand over his hair, and took a long, comforting pull off the cigarette. So long ago, so damn long ago, and still it took so little to bring the horror back to life.

Charlie sat straight, grateful for something else to fill his mind with, and looked over the top of the wide brim hat of the passenger in the seat in front of him. Through the windshield eight rows away, a smattering of lights appeared in the distance. He crinkled his nose. Figured. He’d guessed a town in Illinois called Whistle Pass a hundred-fifty miles or so from Chicago wouldn’t be more than a pinhole on a map. By the few lights, he’d nailed it.

He narrowed his focus and strained in an attempt to look beyond the glare of the glass and drizzling rain but couldn’t make out anything except the glow of random streetlights as the bus entered the city. A porch light here and there indicated houses along the street. The bus rounded a slow curve, and a lone parking lot light’s glow illuminated jewels of rain on wet cars. A string of multicolored triangular banners hung limp. A dealership. He sat back and took in the blur of more houses.

The bus rounded another lazy curve, and the downtown spread her Main Street curbing like a whore. Each block had streetlamps strategically interspersed so every storefront was revealed. Vaughan’s Saddle and Tack, Goldman Jewelers, A&P Grocery, Ash Penn’s Stationery, Matson Jewelers…. Charlie chuckled. The business district looked about five blocks long, and two jewelry stores were battling it out for control of the bangle industry.

A hiss from the brakes. The bus slowed and pulled to the curb in front of a four-story building. A giant L with “Hotel” painted down the stem of the letter hung from an iron bracket. Rain dripped to the sidewalk from the base of the sign.

Charlie pushed out of his seat. In the aisle he rolled cramped shoulders, flexed the stiffness out of a knee, and combed his fingers through his hair before he retrieved his duffle from the overhead. The fact he was the only passenger to do so didn’t escape his notice. He pinched out the final draw of nicotine from the cigarette between his lips. Dropping the remnant to the floor, he opted to step over, not on, the butt and strode to the front of the bus.

The driver pushed the handle of the extended bar of the door, and Charlie stepped out onto the wet sidewalk. Drizzle quickly painted his face. A drop fell from the tip of his nose. He swiped the next one and took a deep breath. The air was clean, but beneath the overlay of rain was a taste of fish. Dead fish. He inhaled another lungful of air. Yeah. A river was somewhere close by.

Gears hissed into place. The engine revved, and the bus drove off. Diesel fumes encased in a swell of black smoke threatened to cloak Charlie. He stepped toward the building, away from the bus’s lingering stink. The wood-framed glass door had “Larson Hotel” painted in gold with black trim. He pulled it open, hoping they’d have a room available. If they didn’t, he was pretty much screwed.

He guessed the lobby’s ceiling to be around twelve feet with three ceiling fans suspended on pipes to about eight feet. Four black couches, a few wooden armchairs, and potted plants here and there decorated the place. At the far end of the room, the elevator’s iron gate stood open, the operator’s stool empty. A solitary broad-chested man puffing on a cigar sat on a couch. A snap-brim hat pulled low shadowed his face. Smoke curled upward, only to be blown back down by the fan blade’s slow rotation. To the right of the elevator was a wooden stairway, the banister nearly black from decades of hands sliding over it. A grandfather clock in a corner tolled 3:00 a.m.

Charlie turned left to the long, dark wood counter. A bank of pigeonholes, several with keys, was mounted to the wall. He smiled. Keys in the slots meant there was probably a vacancy. With the office chair at the desk unoccupied, he slapped a palm onto the silver bell. The clang rolled around the room. A pair of curtains parted, and an old man walked out.

“Morning. Sorry. No trains due in, so I was laying down.” He looked around and lowered his voice. “Most of our guests work for the railroad. Railroad changes crews in Whistle Pass. Not many tourists of late. Looking for a room? Don’t have much right now, though.”

Charlie set his bag on the floor. “Yeah. Whatever you have’s fine.”

The old man set a book on the counter. Opening it, he handed Charlie a pen. “Need you to register. How long you staying?”

Charlie wrote his name underneath a bevy of names without addresses. “Not sure. You need my address?”

The old man plucked a key from a slot and pivoted back around. “Not really. Nobody’s business but yours. That’s the way I see it, anyway. Manager tends to disagree, though, unless you work for the railroad, of course.” He flashed a wry smile. “But he ain’t here, is he?” He spun the book around and started to close it but paused. “Charlie Harris?”

Charlie tensed. The whiskey-dry voice spoke his name like the employee recognized it. “Yeah. Why?”

The clerk turned, set the key back in the slot, and pulled another one from a different hole. He handed the key to Charlie. “Had a note to expect you sometime tonight. Room 412’s reserved for you. Paid in advance for a week.”

Confused, Charlie looked at the brass tag with a machine-pressed L and 412. “Who got me a room?”
And why a week
? Not like the Roger he knew to have things planned out in advance.

“Don’t know. Note didn’t say. You can ask the manager when he comes in later. Need help with your bags?”

Charlie picked up the duffle. “Nah. I got it.”

“Good, ’cause I couldn’t help you anyway. You’ll have to use the stairs. I’m not allowed to leave the lobby since I’m the only one working. So there’s nobody to run the elevator.”

An amused snort leaked out of Charlie. The old man couldn’t leave the lobby unattended, but he could steal a few winks in the back room. He wheeled and noticed the sitting area was now empty.

The thick leather soles of his work boots clunked echoes as he walked up the stairs. Curtains of fresh cigar smoke hung in the air. On the second floor, Charlie made the turn and spotted half a cigar smoldering in a pedestal ashtray. The band identified it as a Red Dot. He glanced up and down the hallway but didn’t see anything that seemed out of place, other than a wasted choice smoke. He cocked his head and listened. Nothing. Unbuttoning his coat, he headed for the third floor landing.

On the third floor, he stalled his progress and looked and listened again. A stuttered snoring crawled along the empty hall. Charlie shook his head and blew out a breath. “You’re just nervous about why you’re here. Shake it off.” He grabbed the banister and pulled himself up the stairs, his booted steps rhythmically clomping his advance. At the midway point, he palmed the ball on the banister break and made the turn.

Death In Helltown by John Legg
Bye Bye Baby by McIntosh, Fiona
Eco Warrior by Philip Roy
Unworthy by Elaine May
Sweet Thunder by Ivan Doig
The Pilot by James Fenimore Cooper
Formatted Seal Of Honor edit2 by Unknown
Back to You by Rose, Leighton
Noggin by Whaley, John Corey
Reflections of Sunflowers by Ruth Silvestre