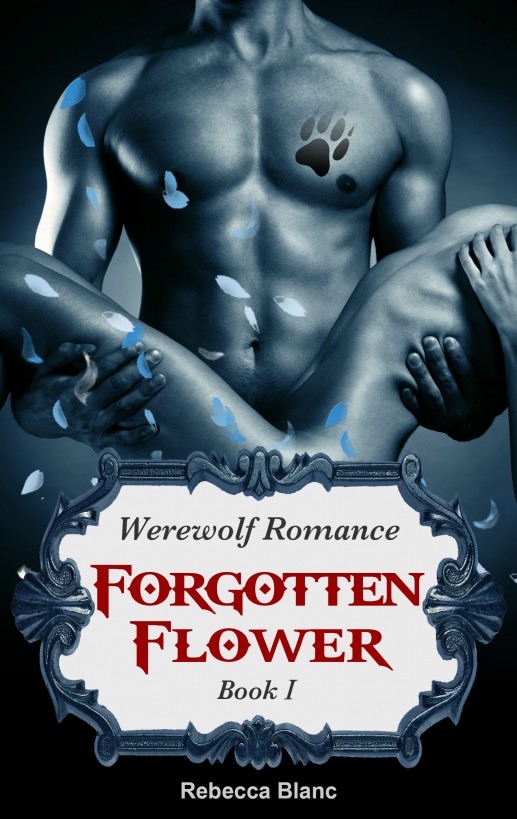 In no way is it legal to reproduce,
duplicate, or transmit any part of this document in either
electronic means or in printed format. Recording of this
publication is strictly prohibited and any storage of this document
is not allowed unless with written permission from the publisher.
All rights reserved.

Respective authors own all copyrights not
held by the publisher.

Thank you so much for downloading this
book!

As a token of appreciation, I’d like to offer
you my

Sign up
HERE
to receive your
FREE COPY
as well as
links to the hottest new romance eBooks on Kindle delivered
directly to your inbox every week!

Are you listening to
me?

But I need to make sure
that you’re going to be the one I can share it with.

Can you keep a
secret?

Well I’ve been dead over
1,000 years and only now starting to remember what really happened
on that fateful day when I read my very last romance
book.

Only now am I starting to
piece together the events that led to my unforgettable death and
the story that shook a nation.

Be aware that this story
too may contain scenes of revenge, intimacy, heartbreak and
struggle.

Be aware not to fall into
the trap as I did.

You are about to embark on
a journey!

You can CHOOSE to get
caught up in these stories or not.

Don’t make the same mistake
that I did and get trapped in the story. Otherwise you might end up
being a “ghost-writer” too!

Life is really simple I
believe and I hope you remember that too. In your own life and in
the lives of the characters you are about to embark on.

Please remember to check in
with me at the end of the book and leave a review on Amazon,
letting me know how I can continue to serve you and that beautiful
imagination of yours!

I
couldn’t believe I was here. Of course, Rayne dragged me
here, and I know that it was only going to get worse with time. I
wasn’t really the clubbing type. I was more of the sitting around
and chilling out with friends type. It was certainly something. I
didn’t feel like being here, but of course I was doing it for my
best friend and fellow student Rayne Grants. I did a lot of things
for her, including sitting in places like this. I mean, she was
into the club and everything, and most of the time I was hanging
around with her and making sure that she was okay. But this wasn’t
my scene, and I felt like I needed something new. Tonight I really
wished that I had someone, because if I did see someone tonight who
piqued my interest I would be happy as a clam. Little did I know
that the person I was looking for would show up tonight, and my
life would change for the better.

I didn’t feel interested
in the lights and flashy sounds of this. Rather, I felt bored to
death. But of course, she was gone from the moment we walked in,
telling me that I would be fine on my own. Yeah,
whatever.

I stood in the corner,
watching everything that was happening. I didn’t like this at all,
and it bothered me that I was dragged here on a school night with
my best friend. Of course Rayne barely cared about her grades. She
was more interested in who she could bang than anything else. I
loved the woman to death, but she needed to get her damn priorities
straight.

The thumping of the music
was bothering me. This wasn’t what I wanted, and it certainly
wasn’t what I wanted to engage in tonight. I looked around the club
as well, surveying the scene and the people around here. Of course,
they all seemed to be pretty chill, but none were my type. All of
them seemed to be here for one thing and one thing only, which was
sex. I mean, I loved sex and all, but I didn’t want to come to the
club to just pick up some dude that I would probably never see ever
again.

There was a presence
behind me though, and it was one that made me feel strange. I
turned around, my wispy dark hair almost getting caught in my face.
I also knew that most guys weren’t into me because I wasn’t one of
the typical basic white girls either. I was an ethnic beauty, and
although I was treated a bit differently, I didn’t care I was
wearing a tear tank top and tight black jeans with kitten heels.
However, the hunk in front of me immediately made me wonder if it
was okay to find love like this in the club. I mean, I certainly
thought so.

He was attractive, that’s
for sure. He was about six feet tall, with a muscular build that I
knew girls would envy him for. He also had soft brown hair, blue
eyes, and a nice façade. He was so out of place here, because
instead of being some guy that was waiting for a girl to come to
him, he was just standing there looking like he didn’t care whether
or not a girl did grace his presence. And in a way I kind of liked
that. I felt like we were in the same boat.

I blushed at his words. It
wasn’t that I was mad per se, it was more of the fact that I would
rather eat dirt than be at a place like this. I don’t do the seedy
club scene that looks like something out of a mafia movie. Not my
thing.

“
Well I am pretty bored.
I’m not really the clubbing type,” I mused.

“
I guess. I mean, I don’t
even know you but if you don’t like this place I guess we’re
similar,” I replied.

The man smiled at me, and
when I saw that smile, I felt like my whole body had melted. He was
super cute, definitely something that I enjoyed looking at. Plus,
he didn’t seem to only be here for sex, but rather he was as out of
place as I was.

“
Well I guess you don’t
want to be here either,” he mused.

“
Not really. A friend
dragged me here. She’s the redhead in the corner,” I
said.

“
Well I guess he met my
friend Walton. That bastard is too busy chasing tail and brings me
along for the ride. Even though the guy knows that I hate clubs
more than anything,” he said.

“
Join the club. Pun not
intended. I don’t think I could ever get together with someone in a
club. I mean, the person may be nice and shit, but it feels wrong,
and honestly kind of dirty. I would love to get to know a person
better outside of a space like this. It’s really not an ideal place
to be picking up dudes or chicks,” I said.

“
I completely agree. See,
I wish more people were like you. But then again, I don’t want that
because then I wouldn’t be able to talk to you like this,” he
said.

“
That’s kind of an ironic
name for you,” I mused. I mean, I always expect guys named Dexter
to be really nerdy and dorky. Well, he did have that soft nerd vibe
to him, but he was also insanely attractive.

“
Well I hope I can live up
to your standards my dear,” he cooed.

“
So what brings you here?
I mean to the area, not the friend,” he asked.

“
Well I’m a student at the
college nearby. What about you? You seem to be too well-dressed for
this place,” I asked.

“
Well I actually work in
the area. I’m a business owner. You know that little law office
nearby? Yeah, I own that and some of the other real estate in the
area. I’m a man who runs a real estate business, and I make sure I
keep what’s mine,” he replied.

“
I guess. It has its ups
and downs. I have another job as well, but I would rather…not go
into it,” he said.

What was he hiding? This
seemed strange, at least to me. I mean, I am all for having a
mysterious past and shit, but there was something about this guy
that made me wonder.

“
Not at the moment. It’s a
bit complicated so to speak. I don’t want you to get the wrong
idea,” he explained.

Oh, so he’s one of those.
I mean, I guess once we get closer and become better friends, maybe
he’ll talk to me about it.

“
That would be delightful.
I was thinking we could head down to the boardwalk. At least there
we can talk about things and not have to be disturbed by that
dreadful music,” he said.

I laughed at that. “You
think the music is trashy too?” I asked.

“
Very trashy. I mean, I
like some music that is techno, but that was just bad. Like I could
probably go up there and bust my own beats and create better
music,” he replied.

I laughed at that. The
image of him doing that sort of thing was kind of silly, that’s for
sure.

“
Well I guess we should
get the fuck out of here then,” I said.

“
I think that’s a lovely
idea,” he replied.

The two of us went out the
door, and I could tell that Rayne would be there until the end of
the night. She would probably get someone to drive her home, which
made my life all the more easier. I mean, that meant that I didn’t
have to take care of her and shit. I loved her, but she was like an
adult child in every sense of the word at times, and it annoyed the
living shit out of me. But it was nice actually meeting someone at
the club for once who wasn’t a scumbag. Dexter was pretty cute, but
he was also a good man and a great friend, which added to the
charm.

The two of us made it down
the boardwalk until we got to a small vendor that was selling ice
cream. He turned to me, smiling.

He bought me some ice
cream, sitting down across from me. We didn’t really say much at
first due to the ice cream, but eventually I did like
it.

“
Sure is. Glad I could
make you happy. When I first saw you, you seemed pissed about
something,” he mused.

You Can Be Thin: The Ultimate Programme to End Dieting... Forever by Peer, Marisa
Life After Theft by Pike, Aprilynne
Everything to Live For: The Inspirational Story of Turia Pitt by Pitt, Turia
The Sins of Lord Easterbrook by Madeline Hunter
Once Upon a Time: New Fairy Tales Paperback by Tanith Lee
Sins, Lies & Spies (Black Brothers #2) by Lisa Cardiff
Burn by Maya Banks
The Runaway Countess by Amanda McCabe
City of Pearl by Karen Traviss
Out Of The Smoke by Becca Jameson