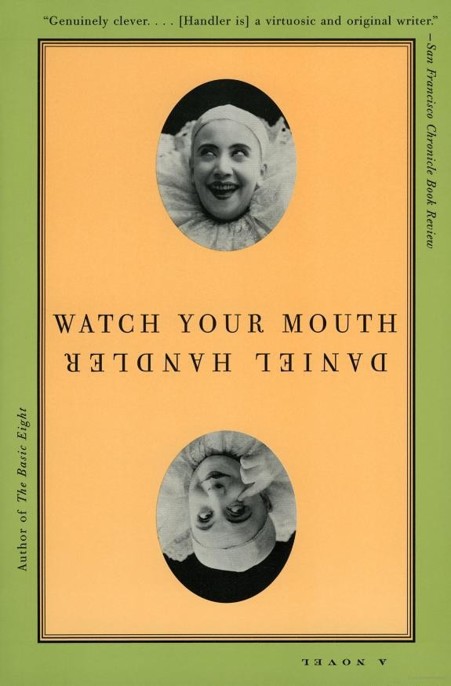 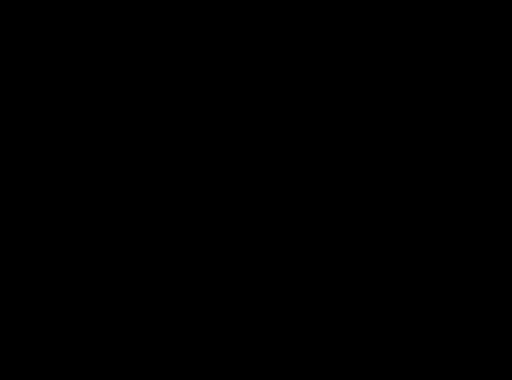 Other Books by Daniel Handler

Brother Singulars, we are misplaced in a generation that knows not Joseph. We flee before the disapproval of our cousins, the courageous condescension of our friends who gallantly sometimes agree to walk the streets with us, from all them who never any way can understand why such ways and not the others are so dear to us, we fly to the kindly comfort of an older world accus tomed to take all manner of strange forms into its bosom. . . .

The Making of Americans

T H E R E ’ S N E V E R B E E N
an opera about me, never in my entire life. Normally this wouldn’t bother me. There hasn’t been one about
you,
either, and besides, I’m still young. If my life were a play, this would be the last few minutes before the lights low- ered and everything began. The audience would be milling around—the older couples in formal, non-funky suits with pearls hanging around the women’s necks like drops of semen, and the younger people in black shirts and jeans because the formality of theater is an elitist tyrannical paradigm and lots of people in the clothes they wore to work because, frankly, by the time they got home and jumped into the shower and changed their clothes they’d either be late, which they
hate,
or they’d be on time but so stressed out that they couldn’t really enjoy it, and frankly, if you’re going to pay that much for tickets what’s the use if you’re not going to enjoy it, so what they do is just

wear some slightly dressier work clothes to work and then go right to the theater, locking the briefcase in the trunk and some- times even having time for a cocktail or something, but not for dinner because they hate wolfing down dinner and rushing to the theater, it’s so stressful, they might as well go home and shower and change if they want to be stressed out before the show even
starts
.

This is some snatch of lobby-talk that Stan, the manager of the Pittsburgh Opera, overheard and never forgot.
And
never forgot to repeat. “
That’s
our audience, Joseph,” he said to me. “Just regular working folk. We have to create opera for them that’s not just interesting but
fascinating, mesmerizing
. So that they transcend all the stress about whether to change or where to have dinner or parking or whatever, and really
hear
the mu- sic. That’s what opera’s
for.
Do you have any more of those candies?”

Because this
is,
you know, an opera. Fiction, like all operas: a lie, but a lie is sort of a myth, and a myth is sort of a truth. All summer long I was watching things happen with Cynthia Glass and her family that were melodramatic, heart-wrenching, and absurdly—
truly
—tragic. Dire consequences lurked around their house like the growl of cellos when the jealous fiance´, or the enraged father, or the Old Spirit of the Mountains descends on the lovers, flushed with horniness and the effort of singing over a fifty-piece orchestra:
La Forza Dei Glasses. Le Nozze Di Incest. Cyn.
They
were
an opera and now the lights are lowering and here we are, reader or readers. No need to stress. An opera in book form is more convenient than the real thing, because you can eat when you want and wear whatever pleases you. Nothing, maybe. Read it alone in bed, the sheets lingering on

your bare belly, your hips. Read it when no one’s watching. Go ahead.

I know there are some operas that start right up, but this isn’t one of them. Like Beethoven, whose only opera clears its throat with not one but four possible overtures, I’ve written a bunch of openings, all introducing the subject matters and what sur- rounds them. As somebody said in a book I’ve since lost, all behavior exists within a social and cultural context, so I hope these overtures will not exactly influence you, but tap you on the shoulder to get you looking in the right direction. Their purpose is similar to those hyphened taxonomies you can find clinging to the back of the title page like mold on a shower curtain, infecting your naked and vulnerable skin. You know the words I mean. I know that deep down you know what I’m talking about. Those Library of Congress things:

Our story begins in Pittsburgh, Pennsylvania, where, the guidebooks would have it, “geography demanded a city.” As if rich river-soaked land wanted nothing better than a bunch of greyed-out buildings dumped on it. The Ohio River is born where the Allegheny and the Monongahela meet in a wet inter- section of sludgy vowels. As in all American cities, the areas are named after what was destroyed to put the houses there, and most of Pittsburgh is named after Indian things: tribes, land, activities. Cyn’s neighborhood was between Shadyside, where all the trees had been trimmed to regulation width, and Squirrel Hill, where the only woodland creatures to be found were iron- cast and holding bagels in front of the upscale Jewish market. Johnny Appleseed is from Pittsburgh.

Say you spent an erotically scarring summer in Pittsburgh and later find yourself in an opera about it. If you want to ap- preciate an opera you read some background material, so you phone up the Pittsburgh Chamber of Commerce. The volun- teers who answer the phone will be aghast at your interest.
Nobody wants to go there.
Nevertheless, they’ll brush the dust off the full-color gloss and send you beckoning brochures.

The brochures refer to Pittsburgh as the Emerald City be- cause it’s surrounded by green hills. The city of Pittsburgh is crazy about color, having sprinkled the primaries all over the city in the form of Color-Coded Wayfinder signs. Like the curved stripes of the rainbow, the appropriate roads encircle the city, keeping you lost but at least monochromatic. Whenever I drove around trying to use the Wayfinders I could always, say, find all the Blue things I wanted but could never figure out how to skip to the next rung on the spectrum. But all this fascination with color is more than inappropriate; it’s wrong. The color of Pittsburgh is a bitter black. Racially too. The great lumbering steel industry has left a dark powder on a brick that once pho- togenically matched the color of the people driven out of Du- quesne Incline and Monongahela Heights.

It’s a wonder, beneath all the smokestack sky, that the city can host “one of the nation’s most spectacular collections of live birds,” twittering away in the North Side. A regular field trip for campers at Camp Shalom, a Jewish day camp in the area. Also of note is the Benedrum Center for the Performing Arts, which seemed to me named onomatopoetically; as I drafted all this in the Center’s library I could hear the Pittsburgh Opera Orchestra sounding it out: Be-ne-
drum,
Be-ne-
drum
. Across the

street is a smaller music hall named for a ketchup company founded in Pittsburgh which celebrated an anniversary in the early ’60s with a robot shaped like a ketchup bottle. The tri- rivered city would never see anything like it again until the third month of this tangled summer when an unearthly figure, cooked up in Mrs. Glass’s basement laboratory, rose out of the Ohio and lumbered across the prestigious Old Jewish Cemetery. The brochure describes what goes on in August as “hot fun”: “Grab your suit and sandals and head for the water. Summer in the Emerald City is hot fun. Make sure you take some loose cottons for the riverfront scene after dark, where there are plenty of deserted crannies for fucking Cyn. Average highs in the low 80s.”

The trouble with marking poisonous medicines with a skull and crossbones is that cabinet-curious youngsters associate the symbol with pirates. This was the problem studied by a special committee at the Pittsburgh Children’s Hospital, which is one of the sites of renown here in town. And of course the bridges. Cyn was considering an American History major, the seed planted, so to speak, by a high-school teacher obsessed with local history. Here George Washington rallied the troops, set up a fort demanded by geography. Two forts. Routed the British. The bridges were spun like strands of a web: Veteran’s, Smith- field Street, Liberty, 16
th
, 9
th
, 6
th
, 7
th
, Duquesne, Pitt. Forts meant injuries and injuries meant hospitals, one of which drew up Mr. Yech, the new non-buccaneer warning of poison. Mr. Yech had few features but a big mouth which, it was clear, had just swallowed something that little kids did
not
want to swal- low. As the frontier was tamed the Jews felt safe enough to settle

in the only city in America able to compose an internationally- recognized face of distaste. They needed somewhere to send their little Jews and Jewettes during the schoolless months and thus Camp Shalom was founded, and that’s how Cyn and I ended up living in her parents’ house in Pittsburgh, Pennsyl- vania during the summer before my senior year at Mather Col- lege. The curtain rises.

Our story begins with a clothes dryer. Cyn and I met in the laundry room just as she was discovering the Dryer of Eternity. Heedless of the coin slot, it kept spinning and spinning and dried everything, every time. That made it the direct opposite of all the other dryers. She was just peering into the empty, spinning machine when I rounded the corner. My chin was weighing down the pile of clothing in my laundry basket, mak- ing me feel sheepish and decapitated. She smiled and I told her about the Dryer of Eternity, and for the rest of our cycles we made small talk while around us the laundry room lurched in erotic rhythm. Inside the machines all of our clothing was get- ting wet and being tossed around.

The rest of it went like one of those pornographic magazines where people write in about their true experiences:
“Let me help you with that,” I said, taking her wet clothes out of the machine and catching a glimpse of her heaving tits under her tight shirt. I accidentally brushed against her and her eyes widened as she felt the size of my bulge. “Only if I can help
you
with
that,”
she said, dropping to her knees and unzipping me. She opened her mouth wide to accommodate my nine inches of man-meat as I lifted her T-shirt over her head and pinched her bullet-hard nipples. She tried

Case with No Conclusion by Bruce, Leo
The Magician of Hoad by Margaret Mahy
Monsignor Quixote by Graham Greene
The Memory Box by Eva Lesko Natiello
ALM06 Who Killed the Husband? by Hulbert Footner
The Plough and the Stars by Sean O'Casey
The Fierce and Tender Sheikh by Alexandra Sellers
Rapacia: The Second Circle of Heck by Dale E. Basye
The Secrets Sisters Keep: A heartwarming, funny and emotional novel (The Devlin Sisters Book 2) by Sinéad Moriarty
Lethal Seduction by Jackie Collins