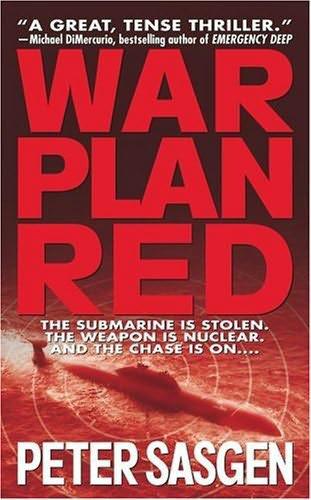 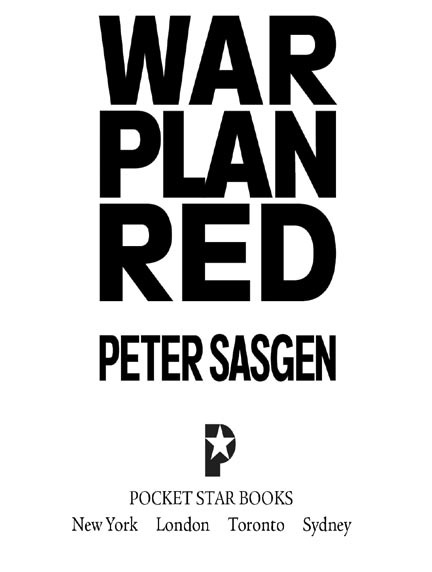 Dead in the Water

“Jake, my God, look at the core temperature,” Alex said. The temperature gauge needle had crept out of the Normal range.

Botkin burst into the reactor control compartment with a wild, terrified look on his face. “The warning signals—a radiation leak—”

“A coolant leak,” Scott corrected Botkin. He saw Abakov ease into the compartment behind Botkin.

Botkin, pointing at the temperature gauge, threw himself at the control console. The gauge’s black needle wiggled at the edge of the red zone. “The fuel will melt,” he cried. “We have to surface right now—” Botkin grabbed an SC1 microphone. “We have to emergency blow—”

Scott tore the mike from Botkin’s fist. “Belay that!”

Scott grabbed two handfuls of Botkin’s coveralls and threw him against the console. “No one’s going to die!”

Red Scorpion: The War Patrols of the USS Rasher

An Original Publication of POCKET BOOKS

A Pocket Star Book published by

All rights reserved, including the right to reproduce this book or portions thereof in any form whatsoever. For information address Pocket Books, 1230 Avenue of the Americas, New York, NY

Visit us on the World Wide Web:

Part One The Plan

10 The Barents Sea, inside the Hundred-Fathom Curve

14 Over the North Atlantic

19 The Baltic Sea, East of Gotland

20 The Baltic Sea, East of Gotland 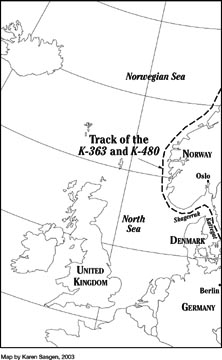 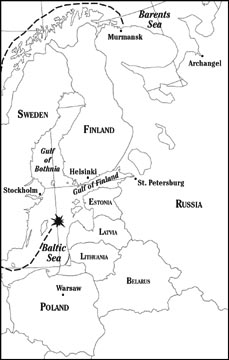 MOSCOW (RIA-Novosti: 15 SEPTEMBER 2006) FOR IMMEDIATE RELEASE—Chechen separatists killed more than a thousand hostages when they blew up the Tchaikovsky Concert Hall, home of the State Symphony Orchestra. The hall was packed with 1,600 men, women, and children attending a Rachmaninoff concert.

The attack in the Russian capital was carried out by 50 heavily armed men and women, members of a Chechen suicide squad, seeking the withdrawal of Russian troops from their country. The terrorists, armed with automatic weapons, grenades, and explosives, held Russian security forces at bay by threatening to kill the hostages if their demands were not met.

A masked rebel told a correspondent for RIA-Novosti, the government information agency, that the theater was wired with explosives and that the hostage-takers were ready to “sacrifice themselves for Chechnya’s independence.” They warned that any attempt to storm the theater would set off the explosives. The Russian president’s refusal to negotiate with the terrorists brought denunciations from the unidentified rebel leader, who had demanded an end to Russian occupation of Chechnya.

The standoff ended when security forces attempting to enter the hall via an underground service tunnel opened fire on the rebels, who then detonated their explosives.

electrobus onto Ulitsa Kipnovich. His boots crunched on the early October snow that had swept in from the Barents Sea across the taiga and low surrounding hills with their glistening stands of birch. The city’s mask of white hid its dark, crumbling heart. Like a whore made up to fool an unsuspecting customer. A whore paid to turn tricks, thought Radchenko.

The dimly lighted street was a canyon of deserted apartment blocks bisected by the shimmering electrobus catenary. Radchenko felt utterly alone and for a moment wondered if he had stepped into a trap. He crossed the street and stood in a block of shadow, waiting for something or someone to move.

He lit a cigarette, waited a beat, then set out, keeping to the shadows.

The Novy Polyarnyy Hotel was an ugly pile of yellow brick that Radchenko entered through an unlocked rear service door. He walked past the drunken night porter dozing before an ancient black-and-white TV broadcasting an eerie blue light into the worn lobby. Radchenko shunned the lift, thinking of the noise it would make, and instead took the stairs, their risers and treads creaking under his weight. He reached the second landing, stopped, but heard only muffled voices behind closed doors.

Radchenko reached the third floor, turned left, and found the room. He took a deep breath, knocked twice. The door shivered open and Radchenko slipped into the room. He quickly inventoried the double bed, the battered greasy dresser and chair, the rusty washstand, the drawn blinds.

Radchenko faced the tall American. He had a weathered face and short iron-gray hair. He wore well-cut khakis and a bulky black turtleneck sweater. His Russian was elegant, faultless.

Perhaps he had a beautiful blond wife; didn’t all American men have blond wives? What would she think if she knew her husband was with a Russian sailor in a hotel in Murmansk?

“Vodka?” The American opened a fresh bottle of Sinopskaya, a premium brand Radchenko had never heard of. “Smoke?” He pointed to a carton of Marlboros that lay open on the bed.

Radchenko downed the vodka, smoother and sweeter than any vodka he had ever tasted. The American refilled Radchenko’s drink, then refilled it again.

“I said relax; no one knows you’re here.”

“You have money to pay?” Radchenko said. He went to the window, peered through a gap where the blind met the wall. All he could see was a forest of TV antennas and satellite dishes on the roof of the apartment building next door.

The American watched Radchenko pace the room drinking vodka. He stopped to tear open a pack of cigarettes and light one.

Radchenko heard that American men and their blond wives didn’t smoke. Unhealthy. But they liked alcohol and sex. Usually taken together. He considered the American through the curling smoke from his cigarette.

The American sat down on the bed. He hadn’t touched his drink. At length he said, “You had no trouble getting away?”

“The idiots who guard the base don’t pay attention. We come and go as we want.”

“No one else saw you leave? A shipmate, perhaps?”

“Are you on the fleet duty roster?”

The American rucked a sweater sleeve to uncover a chunky stainless-steel wristwatch. “Then we have plenty of time. Take off your jacket and be comfortable.”

Radchenko stopped pacing. He refilled his glass but didn’t remove his jacket. He said, around the cigarette stuck in his mouth, “How much will you pay?”

The American swung his legs up on the bed and leaned back against the headboard, glass of vodka balanced on his chest. His feet were shod in a pair of scarred Wellington boots. “What I promised: five hundred. Another five hundred if you do what I want.”

A fortune, thought Radchenko. More money than he could ever make as a sailor serving in the Russian Navy, which had seemingly run out of cash to pay its rankers—its officers too. Desertion and suicide were common, as was talk of mutiny. To make matters worse, Radchenko’s commanding officer, an iron-fisted disciplinarian, had also become disillusioned. Radchenko remembered being scared to death by what he had overheard him discussing with other officers in the wardroom of the submarine K-363.

And when Norwegian nuclear scientists surveying radioactive waste at the Olenya Bay submarine base brought the tall American and his assistant aboard the submarine to interview the crew, Radchenko, sensing an opportunity to earn some money, made an approach.

Radchenko stripped off his jacket, threw it on the bed. The American responded with a look of expectancy. Radchenko felt the vodka but poured more. The alcohol would make it easier to provide the service the American was eager to pay for. Wind rattled the window glazing. Somewhere a door slammed. Radchenko heard the elevator start up. He chewed a nail. He hadn’t ever done this before and wasn’t sure how to get started.