Vision of Light [The Renegades 1] 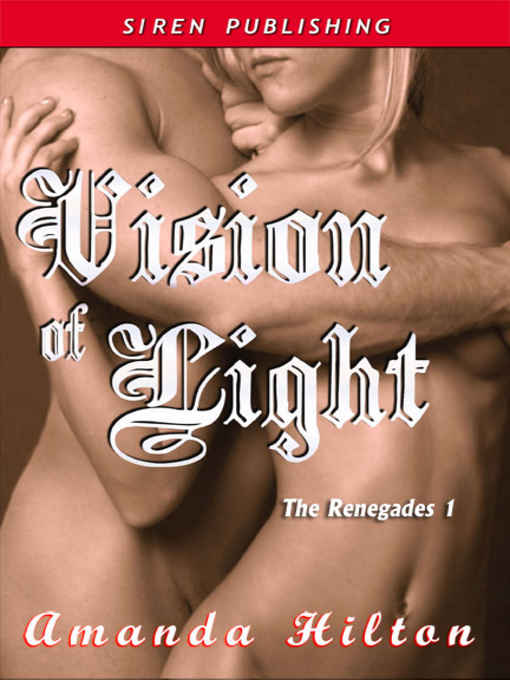 NOTICE: This work is copyrighted. It is licensed only for use by the original purchaser. Making copies of this work or distributing it to any unauthorized person by any means, including without limit email, floppy disk, file transfer, paper print out, or any other method constitutes a violation of International copyright law and subjects the violator to severe fines or imprisonment.
* * * * 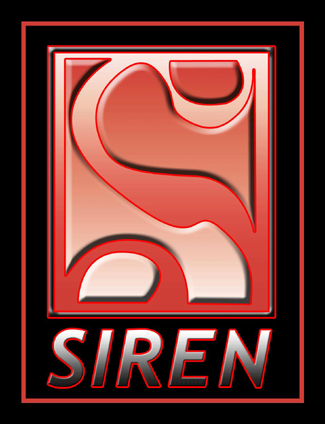 This book is for sale to adults ONLY as defined by the laws of the country in which you made your purchase. Please store your files wisely where they cannot be accessed by under-aged readers.

SEXTREME:
Excessiveness; many instances of unconventional sex; may be hardcore

She is destined to overthrow the Sorcery Circle, but first, she must train to develop her latent sorcery power. He is sent to assassinate her, but it is his destiny to become her lover, sorcery master, and savior.

Only one man can save her—the Dark Lord of Death.

Aislan Temple has been sold by her father into marriage to an evil man she despises. Her rescuer arrives in the form of an assassin who beheads her husband and takes her captive.

Only one woman can redeem him—the Witch of Damnation.

Lucien Demarcus, an assassin faithfully serving the Crown and the Sorcery Circle, and Aislan, the wife of the traitor he was sent to kill, bond through dreams they have of each other. Unable to take Aislan's life, Lucien defies his king to protect the woman he believes is a pawn in a political power struggle.

However, Aislan is not as helpless as she appears. She is a Predator who absorbs any sorcery power used against her. Aislan is destined to end the reign of the Sorcery Circle, and only one man can stop her—the man who loves her and has sacrificed all for her.

ABOUT THIS E-BOOK:
Your purchase of this e-book allows you to
one LEGAL
copy for your own personal use. It is
ILLEGAL
to send your copy to someone who did not pay for it. Distribution of this e-book, in whole or in part, online, offline, in print or in any way or any other method currently known or yet to be invented, is forbidden without the prior written permission of both the publisher and the copyright owner of this book.

All cover art and logo copyright © 2007 by Siren Publishing, Inc.

"Come with me.” The woman with long, flaxen hair floated close.

Lucien Demarcus touched the hilt of his sword. After all the years she had haunted him from afar, the Witch of Damnation approached him for the first time.

Even though he could not distinguish the features of her face, he clearly saw the globes of her voluptuous breasts beneath her corset. Under the diaphanous skirt, he saw the outline of her naked crotch, and his cock reared to life.

She came closer, within reach. Her fingers brushed along his jaw and lingered against his mouth. The icy fingers startled him, as his skin burned against her cold touch. She embraced him, her breasts pressing against his chest, setting his whole body ablaze. Confounded by her icy caress and his raw response to the creature he thought he despised, he pushed her away, but she clung tightly and laughed.

"You cannot resist me.” She pushed away, barely touching his chest, yet her force sent him sprawling as if he weighed no more than a feather. The Witch jumped atop him.

"Your soul is mine. You belong to me!” Laughing, she lifted her skirt, revealing her clean-shaven pussy as she gyrated on his erection. He watched the glistening folds of the pink flesh, and she laughed again.

"Yes, my body is yours. I'll do anything you wish. We will explore the darkness together, you and I,” she promised.

The darkness of his soul roared to life.

Grabbing her, he threw her onto her back and pinned her to the ground. He roughly brushed aside the long strands of pale gold hair enshrouding her face, but her features remained out of focus even though she lay in his arms. Lucien gave up, going for her skirt instead, pushing the floating material aside. Full of rage, torn between hate and lust, he intended to fuck her to Hell and back and exorcise this apparition forever. She pressed his fingers into her pussy, the inside as hot as a furnace. Ripping at his braes, she grabbed his distended cock.

"Fuck me now!” she commanded as she spread her legs. He wanted to pull away but instead sunk deep into her. Her tight, hot pussy squeezed and wrung the life energy from him. He shook from the force of her will. They writhed against each other, their bodies breaking contact only for each thrust.

The ground opened beneath them.

The Witch of Damnation had finally succeeded in dragging him into Hell. Pulling away, Lucien fought her indomitable strength, trying in vain to break her hold, but her arms clung tightly like tentacles.

They fell and kept falling. Her hair floated and wrapped around him, trapping him within silken strands that clung to him as, together, they plummeted into the dark void. After years of fighting her in his nightmares, Lucien finally felt resigned to his fate.

The Witch's long hair parted, and where her face should have been, he saw nothing. It echoed the same emptiness of the abyss waiting for him below.

Lucien Demarcus was the Dark Lord of Death. There would be no redemption for him.

Chapter 1
The Witch of Damnation

Lucien Demarcus perched high on a tree limb and waited for Hayton Temple's hunting party heading in his direction.

The morning fog had lifted, and the sun shone in the now cloudless sky. The bright morning belied the stormy weather that poured in torrents the past fortnight, finally ending last night. Traces of the storm remained in the broken tree branches scattered about the swollen, flooded ground.

The forest slowly returned to life, but death still lurked ahead.

This would be Lucien's final mission. After today, the Dark Lord of Death would be free to live as a normal human being. Immediately, he forced himself to stop the direction of his thoughts. Lucien would not allow either dreams or self-recriminations to distract him today. Detaching himself from emotion, he turned his attention on the task ahead. From his vantage point, he checked the positioning of his men. Thirteen of them had spread out, some hiding in the trees while others crouching low on the ground behind boulders and bushes.

Finally, Lord Temple's hunting party appeared. Lucien reached for his hood, wedged in the belt at his waist. Pulling the hood over his head, he secured it around his neck. Lucien was a highly visible presence at the king's court, immersed in its politics. His role in the Royal Security Council required anonymity in order to keep espionage activities uncompromised. Straightening, Lucien raised his hand to signal his men. He watched as two of the men—sorcerers—shape-shifted into sturdy bucks. The bucks bounded towards the unsuspecting hunters.

Lord Temple's dogs went wild, and shouts went up as they took off after the unexpected prey. Several people from Lord Temple's group cracked crops across their mounts’ rumps and gleefully took after the hunting dogs. Meanwhile, Lucien made his way down the tree. Leaping from the lowest branch, a good ten feet from the ground, he landed softly on his feet. Height and distance were no obstacles for him. He ran straight towards Temple.

As if sensing danger, one man from the hunting party grabbed Temple's reins. As Lucien and his men appeared, the figure pulled Temple's steed in the opposite direction. Lucien deliberately stood and watched as the person—a sorcerer, he sensed
—
tried to lead his lord to safety. Lucien's adrenaline pumped in anticipation of the chase. Earlier, he had sent one of his men under the guise of a traveling merchant into Templeton Castle to confirm the details of the hunting expedition. Apparently, the reconnaissance had failed to detect the presence of this sorcerer accompanying the hunt, not that it mattered now. Lucien took off on foot after the fleeing riders.

As a Swift, Lucien could run faster than the galloping horses. However, his stamina would not last forever. As he ran, he untied the long sword fastened to his back. He vaulted, using the sword in its scabbard to launch from the ground. As he leapt past the riders, he kicked Temple hard on the shoulder.

Hayton Temple went flying off his horse as Lucien landed effortlessly on both feet. As he walked towards Temple, sprawled in a heap on the ground, he spared a glance at Temple's companion. He saw the face of a beautiful, young woman half hidden behind the hood of her cloak. Though he had never seen her before, he knew her to be Hayton Temple's wife, Lady Aislan.

Lord Temple scrambled to his feet quickly. A seasoned warrior in his late fifties, built as solid as an oak tree, the enraged Temple glared at his hooded opponent.

"How dare you!” Temple shouted, his face livid with rage. “Do you know who I am?"

Lucien remained silent. He did not want to engage in conversation because it personalized what he had to do.

"'Tis my forest!” Temple unsheathed his sword. “You dare attack me on my own land? ‘Twill be nowhere to hide after this, you rogue!"

Despite his silence, Lucien did not intend to allow the man to die without knowing the reason. He pulled a square, gold-embossed envelope from his pocket, and with a flick of his wrist, sent it flying. It wedged precisely in the crevice between Temple's chain mail and the neckline of his tunic. Temple gave a start at the force and precise landing of such a lightweight missive before he gingerly took the envelope off his shirtfront. Lucien watched the dawning comprehension on the older man's face once he recognized the embossment. Extracting the content, Temple stared at the royal seal on the parchment decreeing his execution.