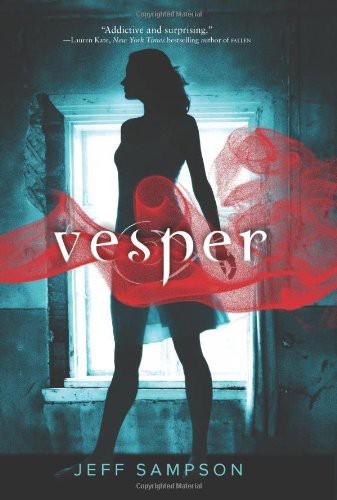 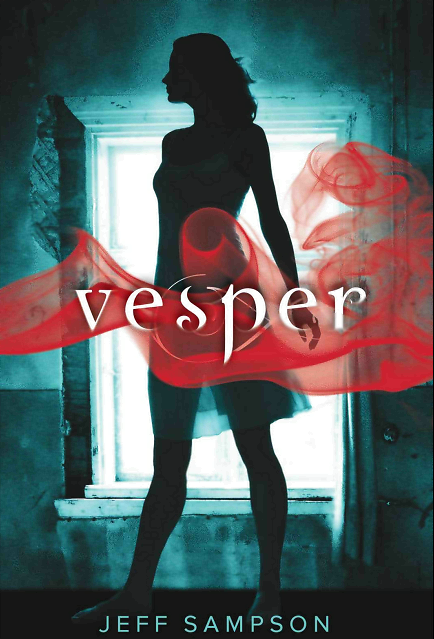 Chapter l - You're Not Going All Jekyll and Hyde, Are You?

Chapter 2-1 Mean, It Could Have Been Me

Chapter 8 - Thanks for the PSA

Chapter 9 - There Has to Be a Logical Explanation

Chapter 16 - The Wolves Must Die

Chapter 17 - But First, Some Clothes

"Envisioning the brightest stars, to lead our way."

- Internal Document, Do Not Reproduce -

[A chair squeaks. A male coughs.]

FS: Please state your name and age for the record.

V1: [clears throat] My name is Emily Webb. I am sixteen years old.

FS: And can you confirm that no one is forcing you to speak to me? [Silence.]

V1: Yeah, sorry. Sorry. Yes, I am recording this of my own free will.

FS: I have to say that I'm very glad you've overcome your initial resistance, Emily. You'll find that all we are asking is your help in forming a clearer picture of the events that took place prior to, ah, the incident.

V1: Before you kidnapped us, you mean?

FS: Erm, actually, I was referring to the unfortunate circumstances prior.

FS: Was that what you were told?

FS: I'll have to check on that for you, then. In the meantime, we should begin reviewing your written account. [Papers are shuffled.] You've managed to write a lot of pages since you've been here, Emily. [More paper shuffling.] A whole, uh—a whole lot of pages.

V1: Well, you asked me to write my story, so I thought—

FS: No, no, it's fine. It's just a lot to read. So let's review what we have. This is the account of the first week? Is that correct?

FS: Where does it start? The events in here, that is.

Chapter l
You're Not Going All Jekyll and

I was halfway out my bedroom window when my cell rang.

The ringtone was some ancient pop song from when I was twelve, the sound distorted and screechy. I was precariously balanced with one bare leg out the window and the other wedged against my desk chair. Now was definitely not the best time for a phone call.

I ignored it, and the song cut off abruptly as the call went to voice mail. In the phone's silent wake I could hear clearly the sounds of the night outside—

the cool wind whistling past trees, a dog's barks echoing between houses, some road-raging driver laying on his horn down the street.

I needed to be out there. I wanted to dive into the darkness beyond my window, get filthy and carefree. Smiling, I started to push myself through my window.

I shoved a hand into my shorts and pulled out my cell. The screen was blurry, so I squinted. It read REEDY.

I had
plans
and
so
didn't feel like talking ... but this was Megan. I had to answer. Besides, I knew the whole persistent thing meant she wouldn't stop calling until I picked up.

I flipped open the cell and held it to my ear. "Hello?"

"Emily?" Megan's voice was jittery, anxious. "Is that you? Are you okay?"

"What?" Weird question. Of
course
I was okay. I was better than okay.

Something flitted past my window, some night bird swooping down to snatch up a rodent, maybe. My thoughts drifted away from Megan, from Megan's tone and her questions, back to the world outside.

It was as though the night had a smell. Some heavy scent that washed thickly over me and hovered in the air like beckoning fingers, as if I was in some old Looney Tunes cartoon. My body itched with the urge to leap out the window, hit the ground, and run.

"Emily?" Megan asked again. Her voice was too low, too intense, and the sound of it buzzed in my ear like a fly.

I shook my head and focused on the carpet inside my room. Splayed open on the floor was a book I'd dropped. Its words were fuzzy smudges on the pages. I vaguely recalled reading it earlier, but I had no memory of how it ended up thrown to the ground. That was ... strange. Why had I dropped the book? What exactly was I in the midst of doing?

An itch to
do
something prickled over my limbs, and the wondering left me, washed away. I said, "It's me. What's up?"

From the other end came a sigh of relief. "You sounded like Dawn for a second. Want to hear what I heard?"

I didn't, really. I wanted to click off the phone and dive outside. Instead I said, "Sure."

"You hear anything about Emily Cooke?" "What about her?"

"She got shot," Megan said flatly. "They just found her tonight, blocks and blocks away from her house. And get this, she was barefoot and in pajamas.

No one has any idea what she was doing way out there. I heard it from that deputy in my brother's band—you know, the drummer guy."

My hand went limp, and I almost dropped the phone. My mind went woozy for just a moment, and the words on the book beneath me focused, became clear. Whatever had been beckoning me outside vanished, and the bare leg I had stretched over the window felt suddenly cold.

I blinked. My eyes felt far too dry. Should I be crying? I didn't know Emily Cooke very well. We'd shared classes since elementary school and were the same age, but for the last nine years I'd only ever known her as "the other Emily.” It had been annoying to always be confused with her by teachers each school year, but that annoyance felt stupid now.

"Are you still there?"

I nodded. Then, feeling like an idiot, I said, "I'm here. That's really awful.

"Whatever, she was just some insipid rich girl who´d have grown up to be the next Paris Hilton, anyway." Megan's voice softened. "It was just... I heard

'Emily,' and 'dead,' and I freaked. It happened only a few streets away from where you live, and Em, I thought it was
you.
Lucas told me that it was Emily Cooke, but I had to call you and make sure."

The phone clicked and I lowered it from my ear. My leg trembling, I started to pull myself back inside. Whatever it was that had made me want to jump out of my bedroom window was gone, and the dark outdoors seemed about as inviting as an off-season summer camp when a masked serial killer is on the prowl.

Feelings I didn't really understand washed over me, distracted me. Sort of like my brain was filled with air and making me woozy. I couldn't focus as I pulled myself inside and I lost my balance, toppling off the windowsill and onto the floor.

Graceful. And to think I used to want to be a ballerina.

Behind me, the bedroom door opened. "Hey, you okay? I heard a noise"

My stepsister, Dawn, stood in the doorway, her highlighted hair tied back into a neat swirl, her face like a teen magazine cover model's even without makeup. Her body always appeared flawlessly curvy, even now when it was covered with a giant Tweety T-shirt. I had no idea how she did it.

Getting a good look at me sprawled on the floor, Dawn's eyes grew wide.

I got to my feet, trying to ignore the stunned look on her face.

Then she took in the open window, the pale yellow curtains fluttering in the evening breeze.

I hesitated, because I didn't understand what I'd been doing. The way I'd been thinking ... wanting to leap outside and run around? Not wanting to pick up a call from Megan, of all people? It didn't make sense. I would never do that.

I stood, shivering. The breeze was insanely cold. I shoved the window down and latched it.

Dawn shut the door and came to my side. "Hey, you didn't hit your head or anything, did you?" She crouched down and set the desk chair upright, eyes not leaving my face. "It would suck if you just learned how to dress less like a soccer mom only to have to miss out on the first day of school because of a concussion."

"Is that a metaphor or something? Like the old Emily is dead and this"—

Dawn waved her hand at my clothes—"is the new Emily? That's so meta."

It took a moment for me to realize what Dawn meant—then I glanced down and saw my cleavage. My very exposed cleavage. I spun toward the mirror that hung next to the open closet and saw myself: short-shorts, way-too-small shirt, brown hair flowing to my shoulders, no glasses, and way too much makeup—vampy red lips and smoky eyes, like I was about to head out to go clock in for my shift at the local house of ill repute.

I never dressed like that. Ever. The day I sprouted breasts and hips before all the other girls in my grade was the day I learned what it felt like to have everyone stare at me, not knowing what they were thinking. Wondering if they thought my lumps and bulges were as hideous as I did, feeling ashamed as other kids pointed, snickered behind their palms, brushed their hands against parts they shouldn't have gone near.

So, yeah, my attire generally didn't include cleavage.

I met Dawn's confused eyes, tried to pretend I wasn't embarrassed that she was seeing me like this. "I opened the window and Megan called. She was checking on me because another girl named Emily was found. Dead, I mean.

She was shot not all that far from here."

"Oh no," Dawn said. She sat on my bed and picked up the plush Corgi dog that sat at its end, cradling it in her lap. "That's so sad. And really scary. Did you know her?"

"No, not really," I said. "She was Emily C. and I was Emily W., in every class ever, but that was about it. We aren't—weren't—into the same things."

Dawn held up the stuffed toy dog. "So she wouldn't have any Corgis named Ein, then?"

"That's so sad," Dawn said again. She stood, arranging Ein just so on my wrinkled bedspread and gave me a serious look. "But if someone just got shot down the street, going outside right now is not a good idea, Em. Whoever did it could still be out there."

"Yeah, no outside for me. I don't even like outside. I don't know what..." I trailed off as I went back to studying myself. Whatever feeling that had possessed me to start climbing out my freakin' second-story
window
was long gone, and now I was feeling ... normal again.

I went to my closet. Digging through the dirty laundry piled on the floor, I found the ratty University of Washington hoodie I usually wore around the house and pulled it on. All covered up, like I preferred. Surveying myself in the mirror, I said, "There”