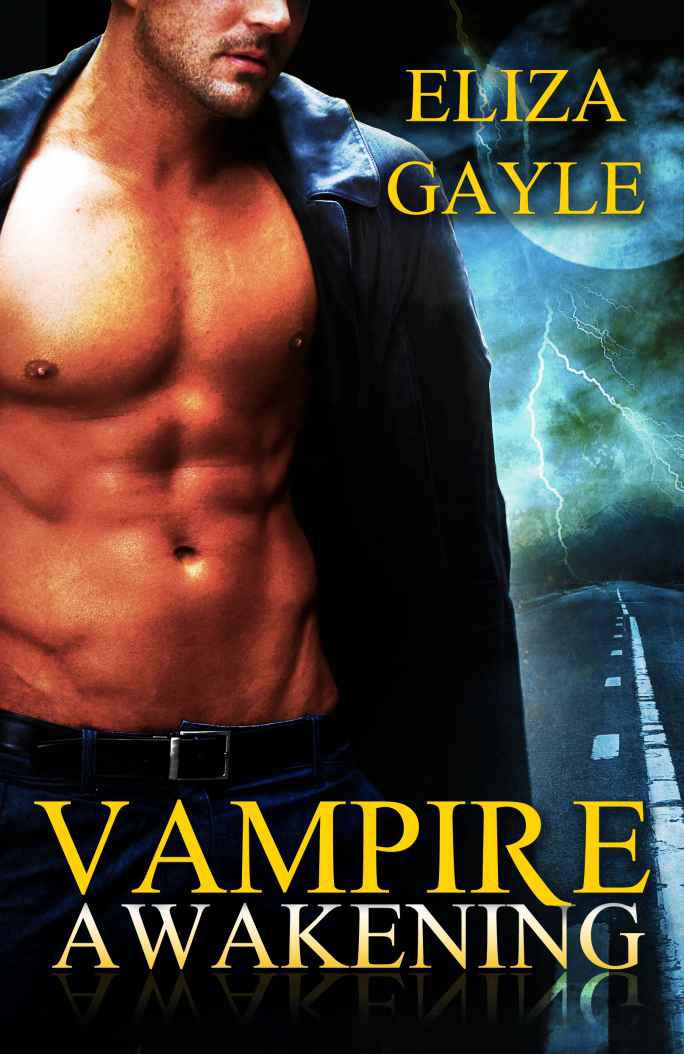 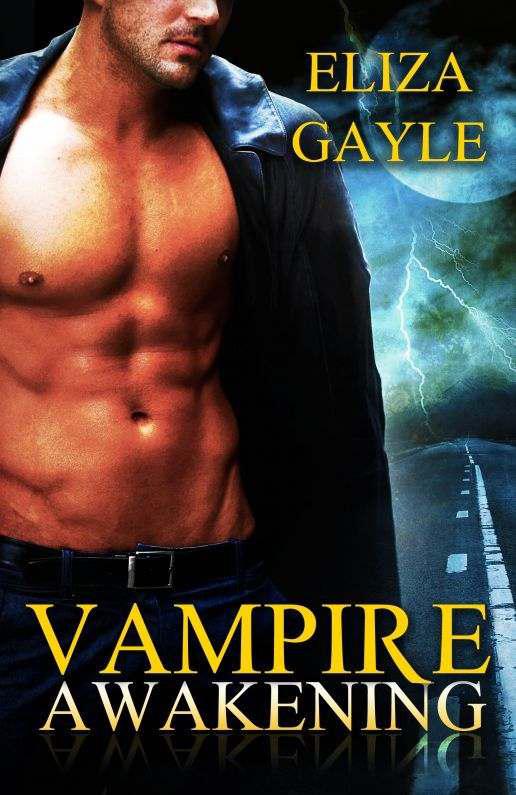 This is a work of fiction. Names, characters, places and incidents are products of the author’s imagination or are used fictitiously and are not to be construed as real. Any resemblance to actual events, locales, organizations, or persons, living or dead, is entirely coincidental.

All rights reserved. No part of this book may be used or reproduced electronically or in print without written permission, except in the case of brief quotations embodied in reviews.

The truth may set her free but there’s no guarantee she’ll recover.

Caleb Barrett, a vampire on a mission, pursues Abby while on the hunt for a homicidal vampire. Instead he’s captured by a silken voice and haunting eyes that stir an insatiable hunger. An instant connection is forged and Caleb marks her as his own with no intention of letting her go. When she runs from him all bets are off and this dead sexy cowboy will do whatever it takes to find out what secrets her mind harbors before it’s too late. Rules or no rules.

Suddenly being careful what you wish for is more than just another cliché, it’s life or death.

This book is dedicated to my childhood friend, Brian Lewis. I can’t thank you enough for writing the lyrics to Awaken for me. They are perfect, and I love them. This book will forever be one of my favorites thanks to your contribution. Enjoy, my friend.

I'm not sure about this

I'm not sure about anything anymore

I fight to look inside

I want to run and hide

Feel like an eagle that’s forgotten how to soar.

How am I standing

How am I standing here with an ache in my heart

Who are you and who am I

I should know but don't dare try

If I wake up from my dreams, will we be apart?

If I awaken it'll all be over

If I awaken it'll all begin

If I awaken it'll be to my angel

If I awaken it'll be to my sin

I'm all out of time

I'm all out of yesterdays

And my grave has been filled

Will you come to wash my tears away?

I want to taste

I want to taste your every breath

In my dreams it was you

Always safe in your eyes of blue

For an eternity I'd gladly face my death

When I awaken it'll all be over

When I awaken it'll all begin

When I awaken it'll be to my angel

When I awaken it'll be to my sin

I'm not sure about this

I'm not sure about anything anymore....

For six months now, Abby Douglas had been living in the dark. No memories, no friends and no family. Until today. She placed the lone photograph on the table in front of her, the image haunting her. The woman depicted in the image had her eyes. The same haunting violet eyes Abby saw every morning in the mirror. Except it wasn’t her. The hair was a dark, rich red and the woman’s nose was thin and narrow giving her a more elegant and timeless appearance. Abby’s finger grazed the edge of the photo, her eyes closed, sparking the voice in her head that had begun to taunt her.

Awaken. It's time to wake up, my sweet.

“Abby, you gonna take care of your table over there sometime tonight?” Barb's smoke-roughened voice pierced through her thoughts. She blinked up at the woman, momentarily dazed. “You okay, Abby?”

Abby shook her head to clear her thoughts, erasing the mysterious voice.

“Yeah, I'm fine.” She grabbed up the photo and thrust it back into the unmarked envelope. It had arrived in the mail this afternoon with no return address, no letter inside or any other indication of who'd sent it. The only clue was a postmark from Tennessee. A long way from small town Georgia.

“Well, your break's been over for ten minutes and those fellas over there are getting antsy for some drinks, shug.”

Abby glanced over to her section at the four cowboys waiting on her at table number six. She recognized three of them as her regulars. She couldn't help but smile. Those men came in nearly every night, sitting at the same table, always trying to convince her to join them, one or the other asking her out on a date and generally giving her a hard time. The fourth man she couldn't be sure about, as he had his back to her.

“Sorry, Barb, I lost track of time. I'm on my way over there now.” She grabbed up her order tray, tucked the envelope into her apron and hurried over to the table.

“Hey guys, how's it going tonight?” The men turned at the sound of her voice, their gazes skimming over her body in tight jeans and a black tank top and lingering in all the wrong places before eventually resting on her face. She fought to keep her eyes from rolling.

“Ooh, there she is. There's our sweet little Abby.”

“Y’all flatter me. Now what can I get you tonight?” She turned toward Steve first, starting with him. One by one the men ordered their regular two bottles of ice cold Bud for each. She didn't even bother writing it down.

“What about you, sir?” She faced the fourth man she still didn't recognize.

“Sorry about that, Abby, we didn't even introduce you. This here is Caleb Barrett, an old friend of ours from way back who just got back into town today. Caleb, this is Abby Douglas. The reason we all come in here every night.”

She guffawed. “Y’all come in here every night because this is the only bar in this tiny town and you don't feel like driving into Savannah.” She flashed them a sweet smile before turning her attention back to the stranger. His black cowboy hat tipped as he stood for the introduction. He towered over her by a full eight inches, she guessed. At a mere five foot three she tended to notice these things first. Shoulders broad with muscles rippled beneath his shirt as he moved. This close to him the heat from his body reached for her, bringing the tantalizing scent of earth and musk to her nose. Before she got a good look at him she felt the strong thread of authority and dominance that cloaked his every move, flooding her entire body with heat.

Abby stood still, denying her instant reaction to the sight and scent of a man she didn’t know from Adam. Her mouth watered with an urge to take a bite.

His long, strong fingers swept the hat from his head, revealing black, wavy hair. The kind of thick hair a woman liked to run her fingers through before a man captured her lips in a soul-searing kiss. The dark stubble of a five o’clock shadow covered his jaw--a look she had a definite weakness for. Piercing blue eyes caught and held hers as an untold spark ignited between them, stunning her. Caleb looked down at her with such an intense stare she practically felt him peeling away the layers of herself she didn’t even understand yet. There was so much knowledge there. As if everything about her had been laid bare. Her mind went blank.

His gaze raked over her body from the top of her head down to the boots on her feet and back up, lingering on the bare expanse of her neckline. The inexplicable urge to cover her skin washed over her. She suddenly wished she'd worn her hair down instead of in her standard work ponytail. When he once again focused on her face, the sensual lines of his face struck her again. Handsome yes, but not in a traditional pretty boy way. He was dark and…she searched for the right word to describe him.

“It's my pleasure to meet you, Abby.” His deep, dark voice and the underlying sensuality of his words captivated her, the husky tone causing her nipples to peak and her belly to clench with need. Just the sound of her name coming from him shot a heavy dose of lust scorching through her. She tried to take a deep breath to clear her head and only ended up with more of his delicious scent that began to spin her in the opposite direction.

She needed to get away from him fast. Her reaction confused her and the longer she stood here the worse it got. Abby took another breath, trying to calm her nerves.

“What can I get you from the bar, Caleb?” she muttered hastily, afraid to say more.

She nodded and forced herself to look away. The unexpected arousal simmering through her veins threw her for a loop. Her skin tingled and itched for something she couldn’t explain. A slow ache began to pulse between her legs and Abby was forced to bite her tongue to hold back a whimper.

Jesus, what the hell?

Abby straightened her spine and gathered herself together as best she could. Caleb smiled at her as if understood exactly what she was going through. That smug grin finally enabled her to pull free from the fog of desire clouding her ability to think and do her job. She pulled free from his gaze and glanced at the other men seated at the table. They all wore various versions of shocked expressions as they watched her reactions to Caleb. Abby inwardly rolled her eyes. They were all incorrigible as far as she was concerned. Obviously they’d thrown Caleb in her path in another attempt to get a rise out of her. They spoke to her with teasing words and their infamous southern charm but deep down they were still guys with an obvious agenda.

“I'll be back with your drinks in a few, guys.” She rushed off, gulping in air as she moved in an attempt to clear her mind. Abby scooted around the bar, pushed her way through the kitchen doors and collapsed into a nearby chair. She immediately dropped her head between her knees and prayed the room would stop spinning. Not once in the past six months had she come close to such a visceral reaction to any person she’d come in contact with. Now a perfect stranger had suddenly dropped into her life and she felt the control she’d been clinging to slipping from her grasp.

First an anonymous picture and now this. Was she going crazy?

Every day she’d hoped beyond hope her memory would return, but now… Now she wasn’t so certain she wanted to remember.

the Key-Lock Man (1965) by L'amour, Louis
Shadows of the Gods: Crimson Worlds Refugees II by Jay Allan
The Wandering (The Lux Guardians, #2) by Saruuh Kelsey
30 Seconds by Chrys Fey
The Wind Between the Worlds by Lester del Rey
Terms of Desire: Tempt Me Twice, Part One by Lauren Hawkeye
The McCone Files by Marcia Muller
Infinite Sacrifice by L.E. Waters
Good Money by J. M. Green
Mate Set by Laurann Dohner